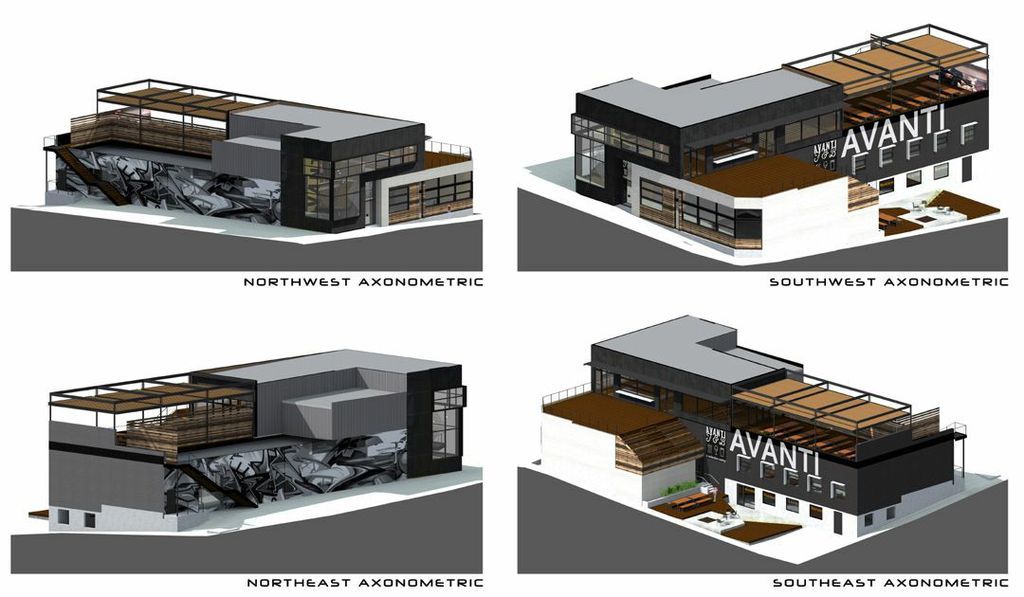 Pro: By allowing local chefs and restauranteurs to experiment with lowered risks, this first-of-its-kind project could potentially lead to a renaissance of Denver’s restaurant scene.

Con: If not curated correctly, the space could feel like a food court. The design of the space, as well as the participants, will be incredibly important in order to keep the project elevated and focused. 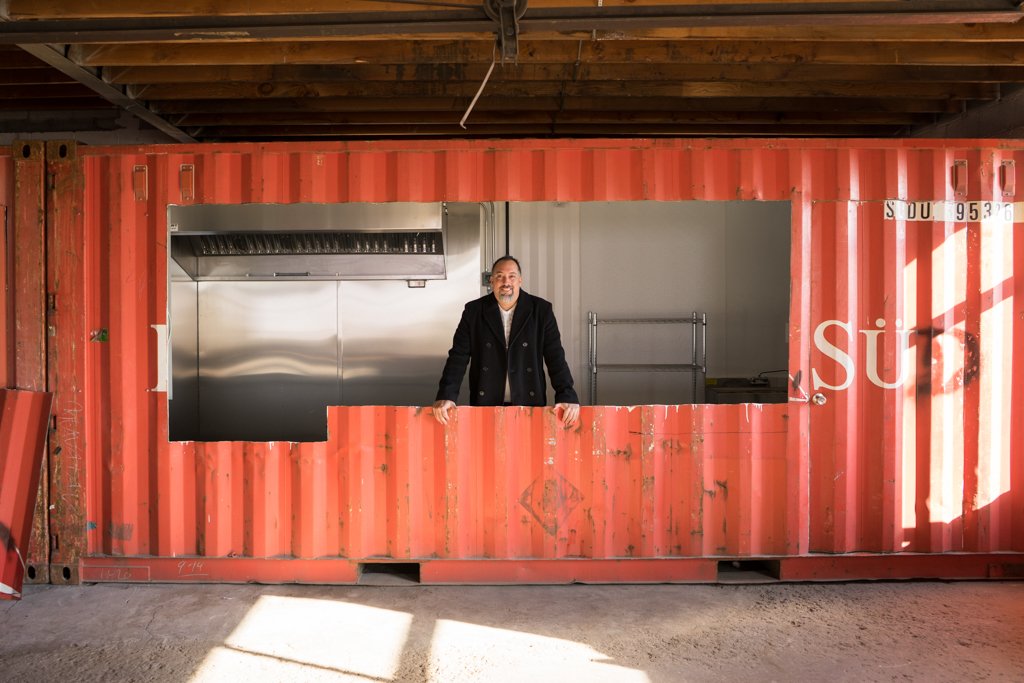 1. Souk Shawarma Who: Jon Robbins at Bistro Barbes; What: a Lebanese-inspired shawarma shop.

2. PoCo Tortaria Who:  Kevin Morrison of Pinche Tacos; What: a Mexican torta concept

3. Quiero Arepas Who: Igor and Beckie Panasewicz, owners of Quiero Arepas Food Truck; What: Venezuelan “sandwiches” known as arepas.
4. Brava! Who: David Bravdica of Brava!, a pizza joint located in Lannie’s Clocktower; What: wood fired pizzas
5. Bixo, Mediterranean Bites Who: Marco Gonzales, known for his work in Michelin star-restaurants such as Le Calandre in  Lyon, France; What: Inventive tapas inspired by Mexican and Mediterranean cuisine . Read our interview with Gonzales here.
6. Mijo Who: John DePierro and Michael Nevarez of Bones; What: Globally inspired rice and noodle bowls.
7. Farmer Girl Who: Chef Tim Payne, formerly of Z Cuisine; What: A farm-to-table concept featuring local and sustainable foods.
UPDATE: The Drinks: The beer program will highlight Dogfish Head whereas the wine & cocktail list was created by Chad Michael George and Allison Widdecombe of Williams & Graham. According to Michael George, the menu will feature craft cocktails made with fresh ingredients with a few on draft. The wine list will be by the glass with a diverse list of old and new world wines. 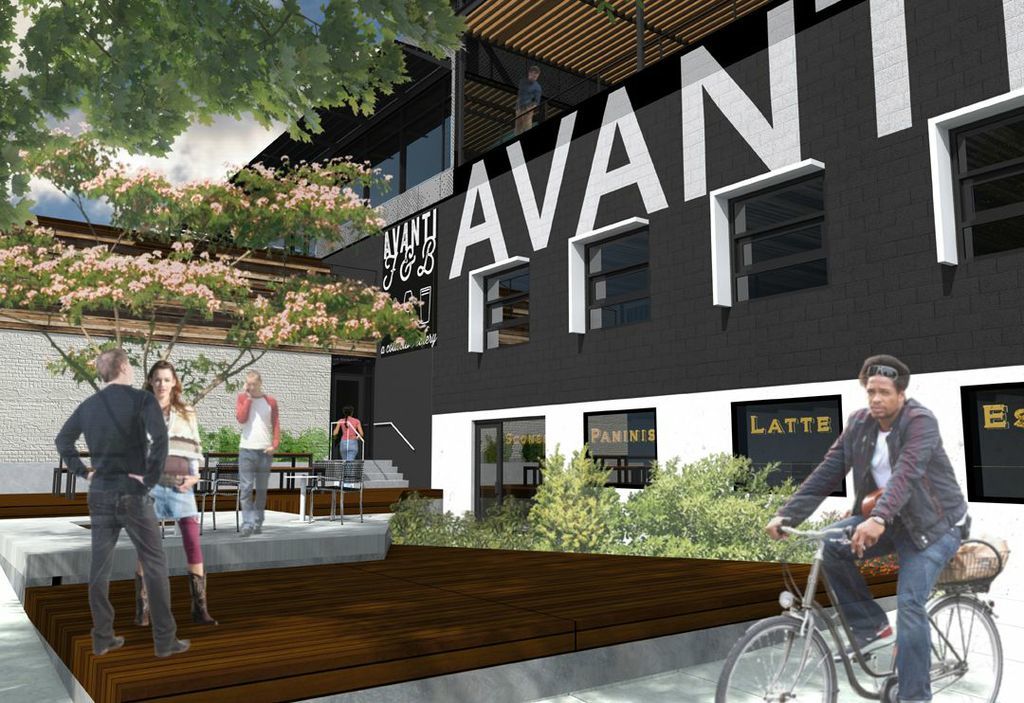 Restaurants are fragile creatures. With high failure rates (60 percent of them don’t last a full year, whereas 80 percent don’t pass the five year mark), these establishments need a lot of dedication and care to survive. Nursing a restaurant to adulthood often takes a massive team of driven chefs, talented cooks, savvy PR teams and knowledgable waiters to bring the concept to full term. Even then there is a lot of risk and chance involved in its success. From construction delays to bad Yelp! reviews, just one unfortunate circumstance can bring a place to its knees. So when veteran developers Brad Arguello, Patrick O’Neill and Rob Hahn came up with the idea to create a program that provides an “incubation” period for these budding culinary concepts, it seemed practically ingenious…

Avanti Food + Beverage,  this “restaurant incubator” will nourish fledgling projects by providing small, rented test kitchens in a shared space that is open to the public. This collective eatery will host up to seven concepts, with each project receiving a fully equipped, state-of-the-art kitchen encompassed in a singular shipping container. Here restauranteurs, chefs, food truck owners and more will have the chance to battle it out for the crowd’s attention during their short term lease.

“The goal is to create a culinary think tank, where chefs can work with their peers and the public to really dial in their concept” explained O’Neill “It’s like a [co-working space] for chefs”

But the concept isn’t just meant to benefit their creators. Rather, Avanti aims to be a fully immersive experience for diners. Here patrons are encouraged to have an interactive meal with communal seating, similar to a school lunchroom. The two-storied space will also host a lounge and a bar that will develop various beverage programs. Upstairs will have a rooftop view that boasts the “best unobstructed view of Denver” that overlooks Coors field and the Denver skyline. They even suggested putting up stadium seats for people to watch the game from afar… 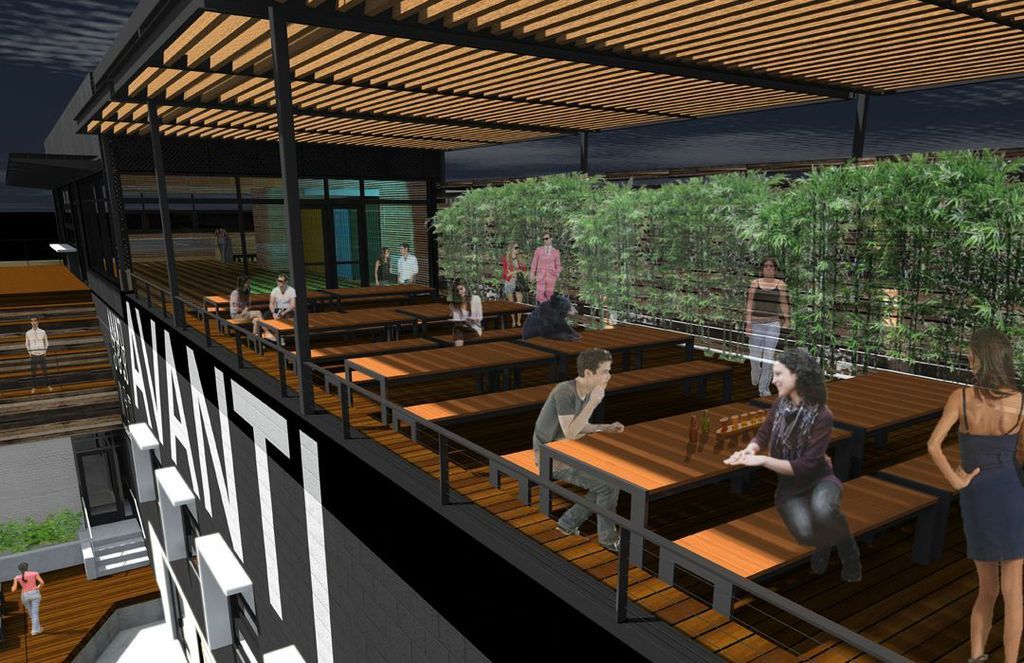 With this focus on diner interaction, it seems the idea of communal eating is much more literal.  The dining experience for both patrons and vendors is now transformed by physically removing barriers and general restaurant constructs.  Now everyone will be encouraged to flow in and out of the space, developing and creating their own unique impressions. And although the idea isn’t completely new — food courts, namely — the idea of funneling the concept through a chef community brings in whole new breath of fresh air. And Denver, known for its impressive restauranteurs and young and eclectic talent, is the perfect place for something like this to succeed. However, like all innovations, unforeseen problems can arise without easy resolution. It’s possible that Avanti might negate the problems of opening restaurants for their vendors to only assume the responsibilities for themselves. Hopefully the odds of opening seven restaurants at once won’t bear too much burden, as this project has a massive amount of potential not only for its own success but the development of the Denver dining scene. Just imagining what exciting projects and talent it might draw to Denver is worth the unbridled optimism and boundless daydreaming. For us, its opening couldn’t come soon enough.

We will keep you updated as this project develops, so make sure to check back here for updates on Avanti Food + Beverage, A Collective Eatery. (Opening July 13, 2015)