9 Food Festivals to Not Miss in Denver this Summer

Warm weather and long days can only mean one thing in Denver: festivals galore. And in a city known for its sunshine and growing dining scene, finding the perfect outdoor event is not a hard task. Whether it’s tacos, tapas or tripels, there’s sure to be a festival to satisfy even the pickiest of foodies. Below is a list of the premier epicurean events this summer. 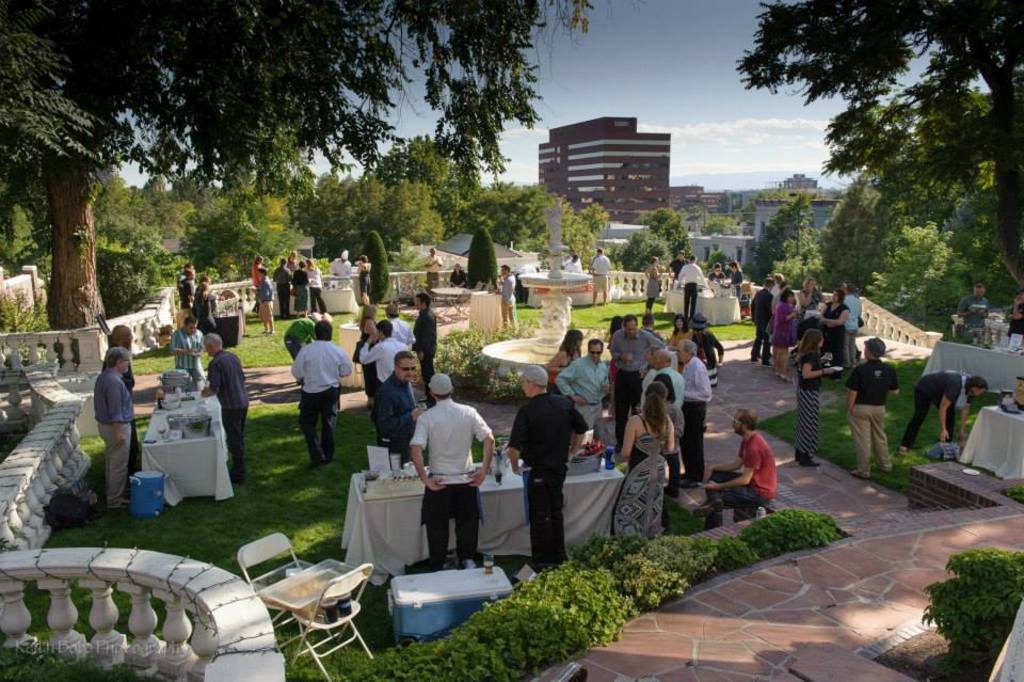 The Low Down: The Governor’s Residence at the Boettcher Mansion is often referred to as “Colorado’s Home.” And what better time to tour the gardens and rooms of the Cap Hill mansion than during a sophisticated soiree? Brews and Bites promises a classy evening of craft beer, food pairings, live music and mansion tours. Festivalgoers will enjoy creations from well-known Colorado chefs and paired beer from the Colorado Brewers Guild. Proceeds benefit the Governor’s Residence Preservation Fund, a nonprofit dedicated to preserving the state’s namesake mansion. 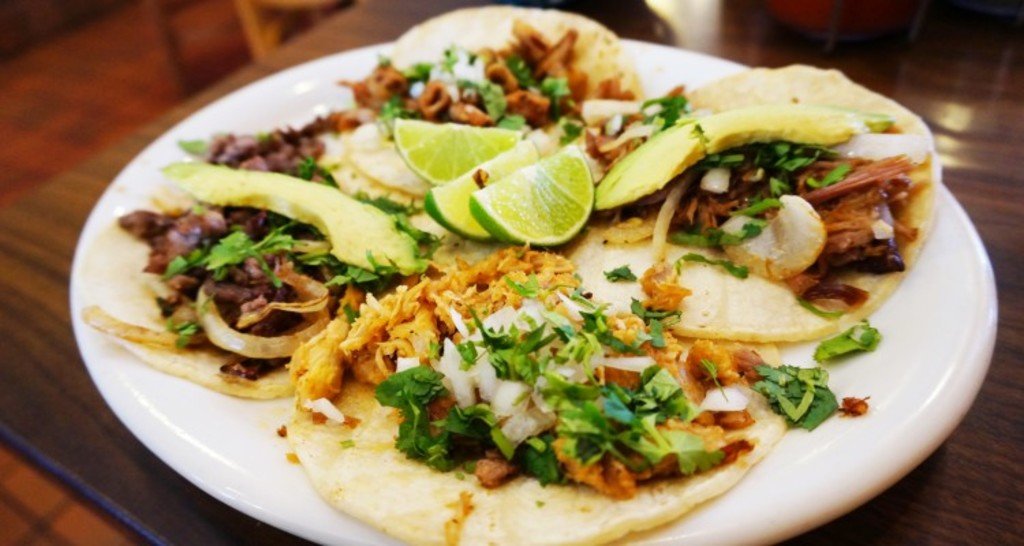 The low down: Back for its second year, the Denver Taco Festival brings street fair to the next level. In addition to tacos from the best food trucks and restaurants in town, the family-friendly festival will feature local bands, tequila and margarita tastings, live Lucha Libre wrestling and Denver’s premier Chihuahua Racing Championship. While Denver staples such as green chile can be expected to make an appearance between tortillas, the festival is a celebration of the city’s melting pot culture and is bound to surprise diners with its creative interpretations of the modern street taco. 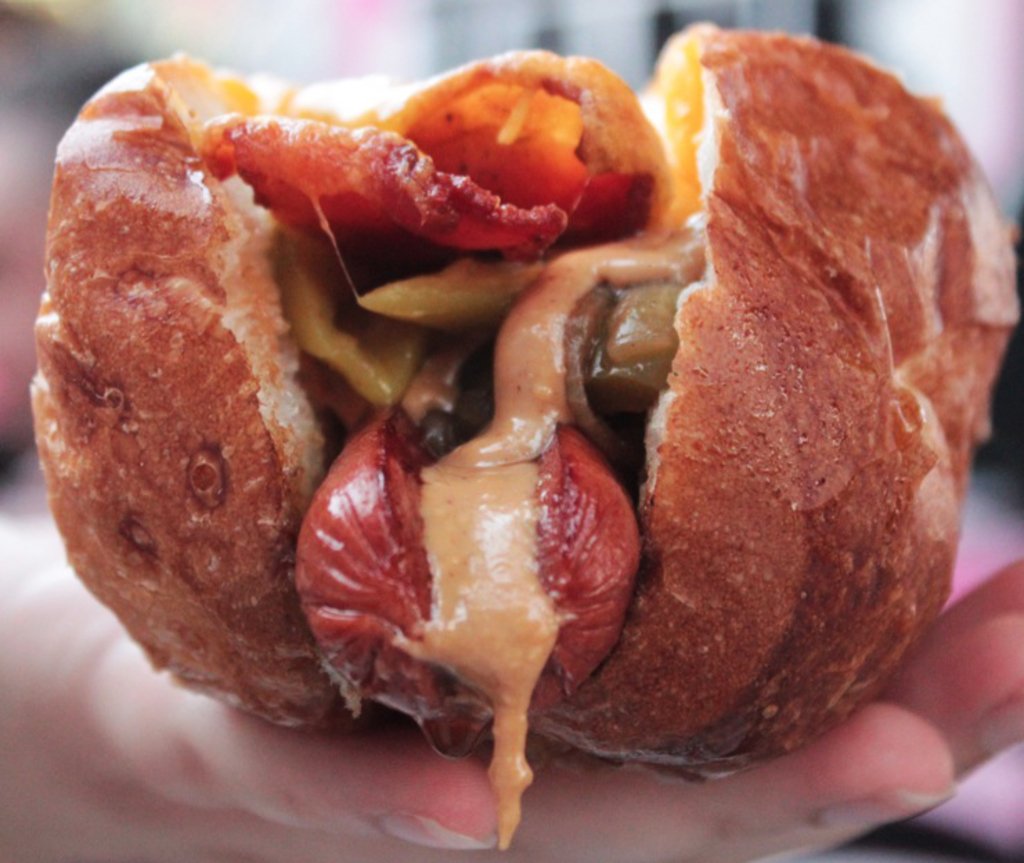 The Dog About Town at PinkTank Food Truck. Photo by Jerusalem Gebreziabher

The Low Down: Hungry for lunch? Look no further than Civic Center EATS, Denver’s largest gathering of food trucks. The popular event takes place every Tuesday and Thursday from 11 a.m. to 2 p.m. through October 8, meaning that individuals have all summer to sample the diverse offerings. Now in its tenth year, EATS promises its best line-up yet—a testament to the budding food truck scene in Denver. And for diners who want to burn off the carbs of a particularly decadent meal, the Civic Center Conservancy is also offering Civic Center MOVES, an outdoor gym that features free workouts for individuals of any fitness level. 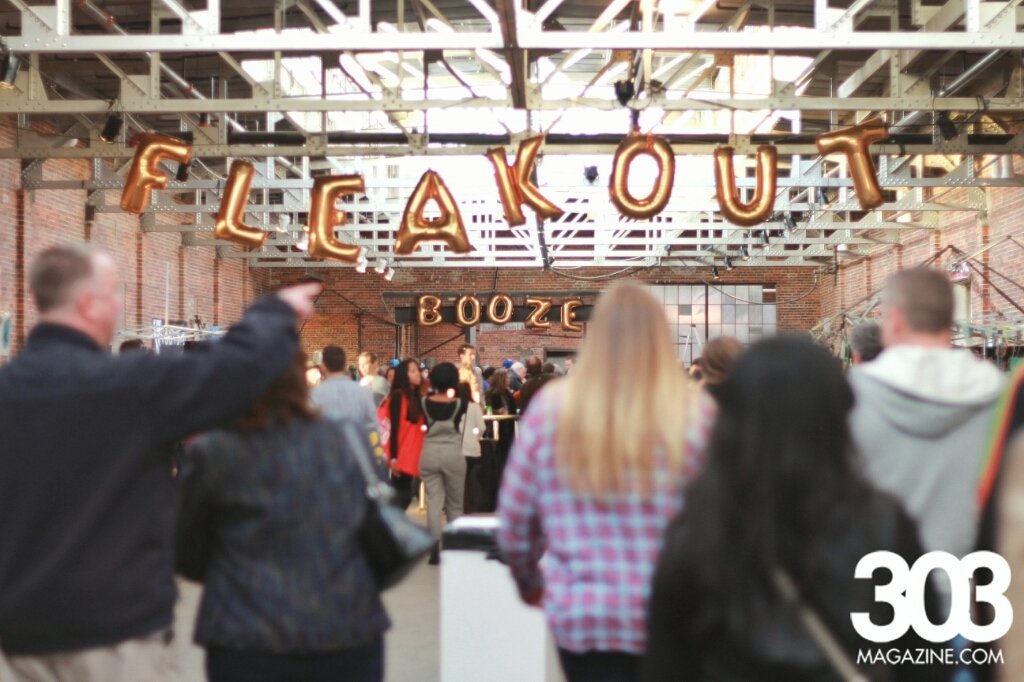 The Low Down: Since May 2014, the Denver Flea has provided a place for local businesses, vendors and food trucks to show off their goods. In its fifth iteration, this year’s Summer Flea takes over a Blake Street parking garage in RiNo. By celebrating all things artisanal, the festival features over 200 vendors, live music, 12+ food trucks, adult beverages, yoga, lawn games and more. The community-curated, beer-forward market is the perfect place to discover your new favorite retailers and grab a bite from Denver’s finest. 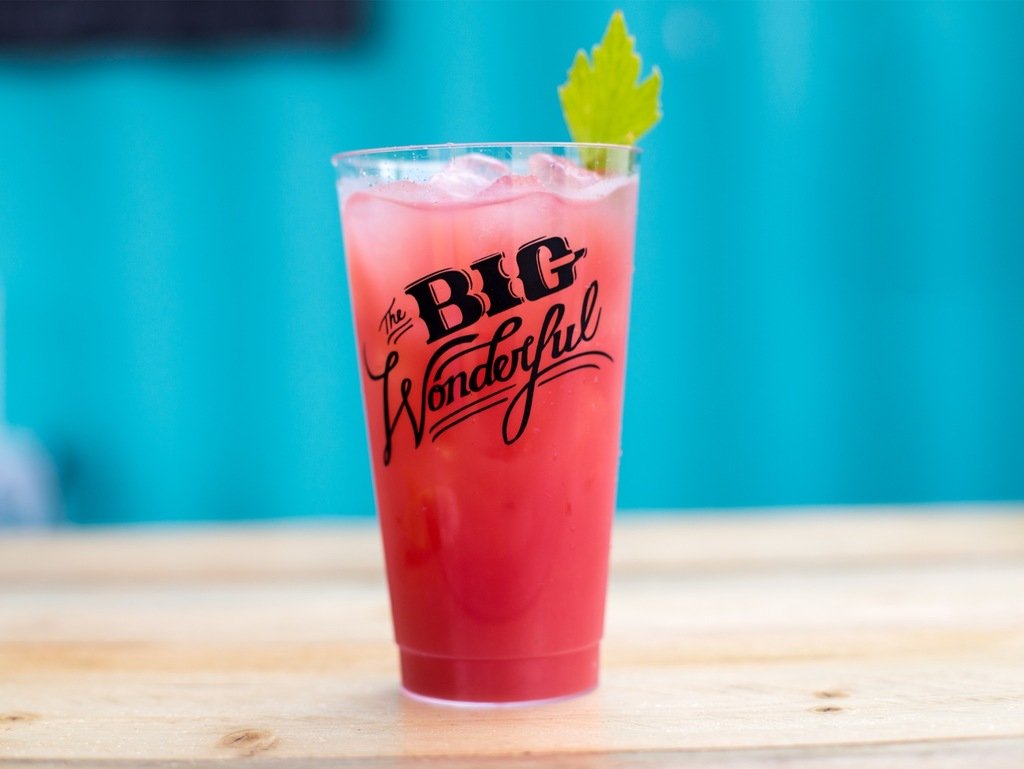 The Low Down: Last July, TheBigWonderful seemingly popped out of nowhere. The local food and beer market based out of Sustainability Park—a three-acre park at 26th and Lawrence streets in the Curtis Park neighborhood— provides a space for aspiring chefs and artisans to showcase their passions. Back for its second summer, TheBigWonderful offers families the best food trucks, vendors, and local entertainment that Denver has to offer. With unique features such as a storage container repurposed as a beer garden, beach volleyball and an urban farm, TheBigWonderful has solidified itself as a nucleus of Denver’s burgeoning craft community.

The Low Down: East Colfax is steeped in eclectic history, with the most recent chapter revealing the ‘hood as a growing foodie destination. The seventh annual Tasty Colfax celebrates this revitalized urban spirit with a restaurant and pub crawl through the entertainment district between York Street and Colorado Boulevard. The lively block party will feature music, art and food. As can be expected, the offerings will be as diverse as the eclectic neighborhood: Denver Biscuit Company, Tommy’s Thai and To the Wind Bistro are just some of the eateries that will be present. 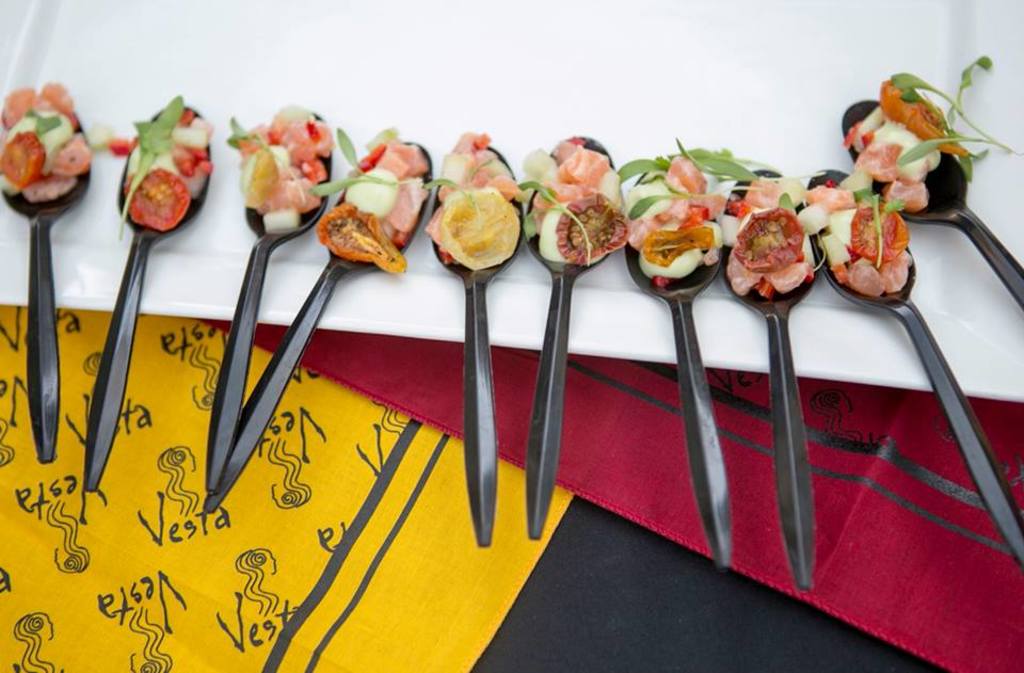 Where: The Galleria at The Denver Performing Arts Complex, 1100 13th St., Denver

The Low Down: Join EatDenver in celebration of Denver’s independent food, beer and cocktail scene. The foodie festival features bites from over 40 restaurants, drinks from the town’s best mixologists and craft beer from local breweries. The Big Eat promises guests the same level of awesomeness as last year’s party— and guarantees that there will be plenty of surprises. Like all EatDenver events, the festival’s focus is on community and all proceeds benefit the independent restaurant network. This year 10 percent of all tickets sales will be donated to Denver Urban Gardens (DUG), Work Options for Women and Cooking Matters. 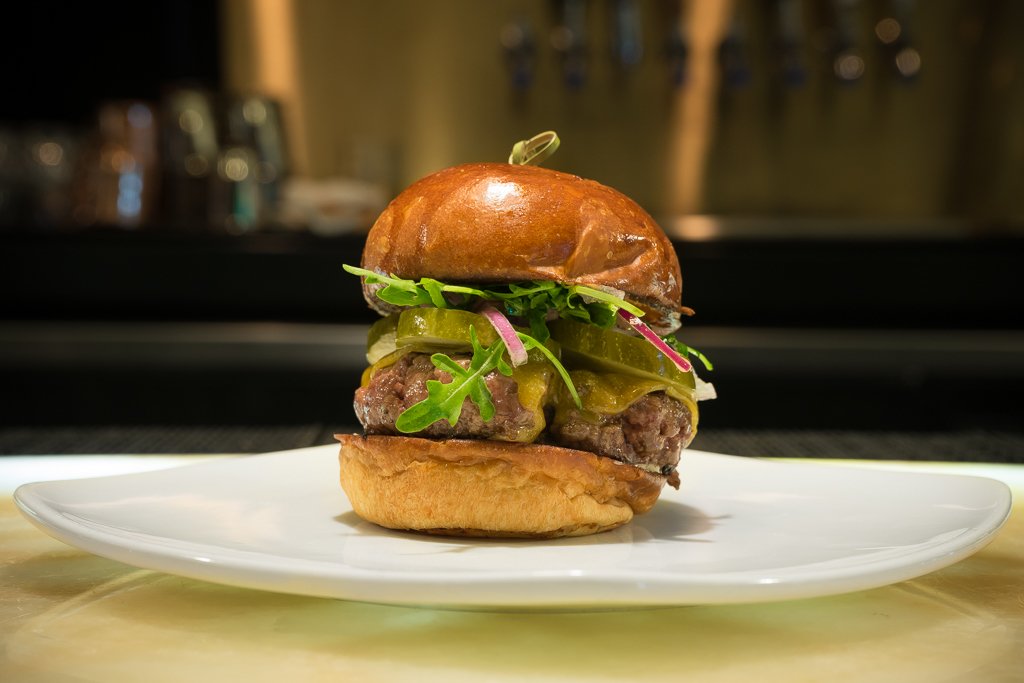 The Low Down: Squid. Kangaroo. Ostrich. If 2014’s creative twists on the classic hamburger were any indication, it’s likely that beef will not be the only thing on the menu at this year’s battle. The festival, which has been going strong since 2009, pits 13 of Denver’s top shops against one another in an epic battle judged by a panel of chefs and burger enthusiasts. And if unlimited burger samples weren’t enough, the festival also features craft beer, cocktails and deserts from local ice cream, cupcake and donut shops such as Little Man, Glazed & Confused and Sugarmill. 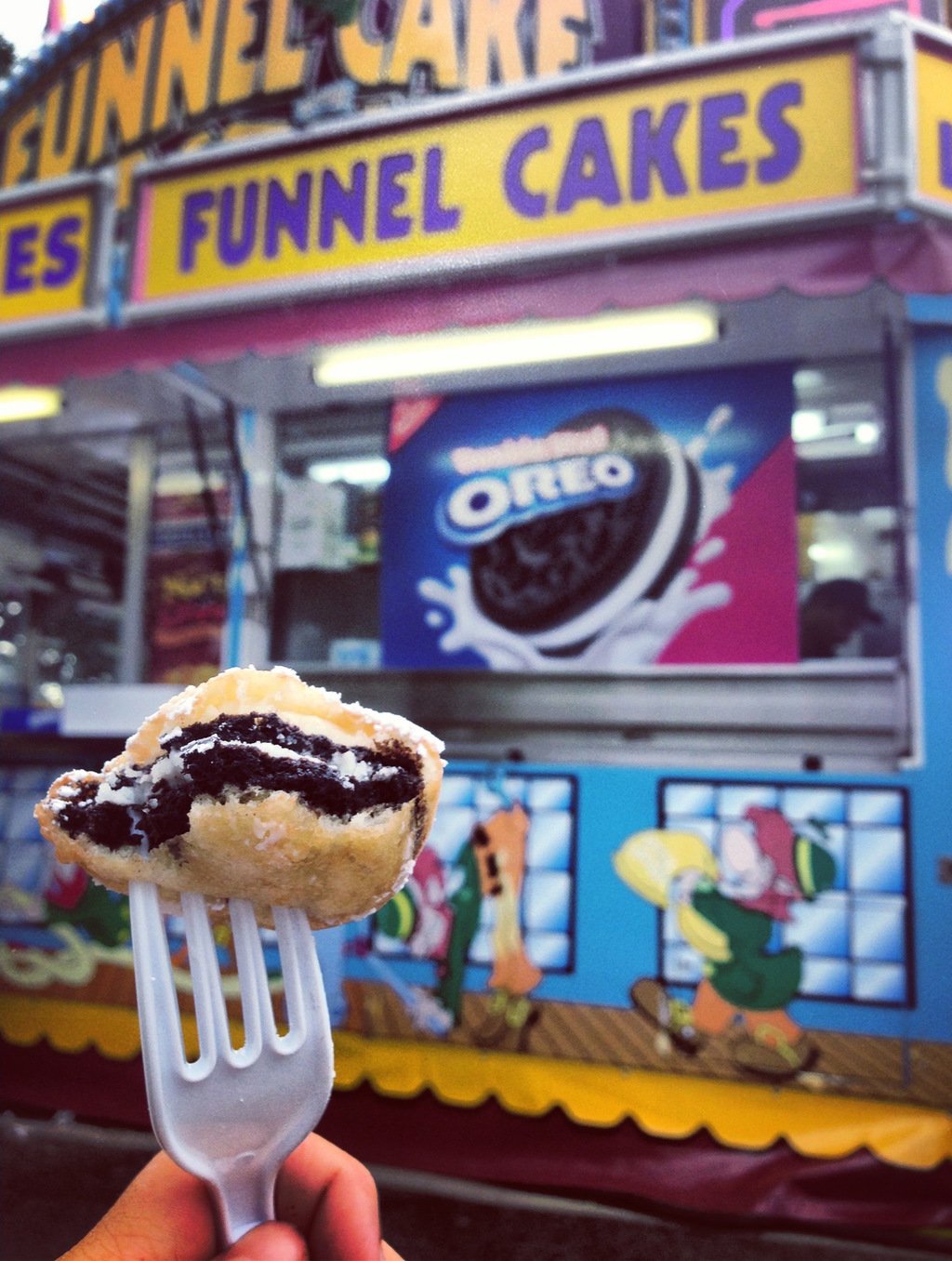 The Low Down: Every city needs a festival where people watching rivals the actual food. Taste of Colorado has brought out the crowds for over 30 years— and for good reason. The annual celebration of all things Colorado dates back to the Festival of Mountain and Plain, which was first celebrated in 1895 to help lift spirits after the silver panic. The family-oriented event has over 50 restaurant booths, live music from national acts and a special fine dining area that features some of Denver’s most accomplished chefs. Guaranteed to have something for everyone, the festival now serves as Denver’s unofficial sendoff to summer.