The Morning After: Exceptional Service and Seasonal Specials Reign at Brazen

What: Brazen is a fun, service-focused neighborhood eatery with rustic new American food.

Pro: Customer service that should be the standard for the rest of the city.

Tucked away in the corner of a strip mall one block off Tennyson Street sits a neighborhood eatery that, unless you live nearby (or stalk opening reports from local media such as this publication), there’s a good chance you have not heard of. But despite its unassuming nature, Brazen is the culmination of the many years Owner Christopher Sargent spent in the trenches of American fine dining restaurants throughout New York, Las Vegas and Denver — most recently at Rioja and Acorn. 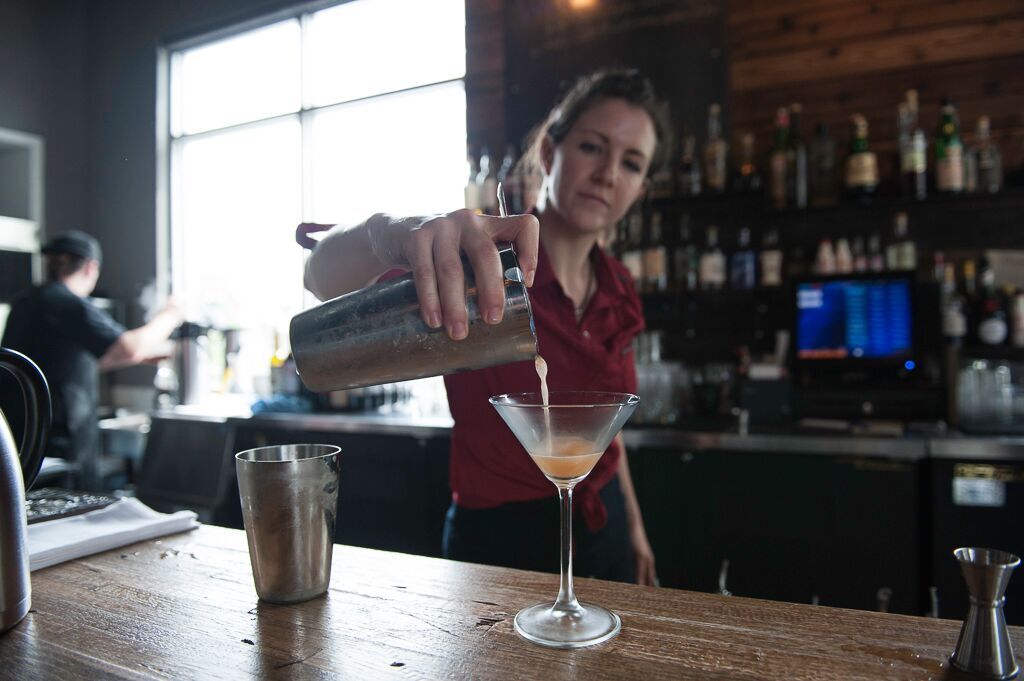 For Sargent (not pictured), Brazen’s service is a top priority.

In large part the name is also an apt reflection of Sargent’s character. Eschewing the self-absorbed hunt for accolades, he has had his sights locked on perfecting the overall experience for his customers ever since he opened Brazen’s doors last year. Still, a few of his logistical decisions — not accepting reservations, “playing music louder than [he’s] supposed to,” or putting humorous maxims in bright neon chalk on the walls — have rankled some. But it’s these atmospheric particulars, as well as encouraging Brazen to build its reputation mainly through word of mouth, that first made it a special find for Berkeley residents, and now makes it worthy quarry for the eager foodie.

For him, running a restaurant is about keeping everyone motivated — from the servers to the cooks to management — and keeping the professional talent well-cared for and on display. To this end, one of the most welcoming aspects of Brazen is its exceptional service and customer appreciation. “Every time I sit at a chef’s counter when I go out to eat in Denver it seems like they always have their heads down,” said Sargent. So with this in mind, he designed an open kitchen and tries to assure that the cooks do their best to interact with the people for whom they are cooking. He encourages them to offer special plates as a sign of mutual respect, and to give customers a taste of their creations. 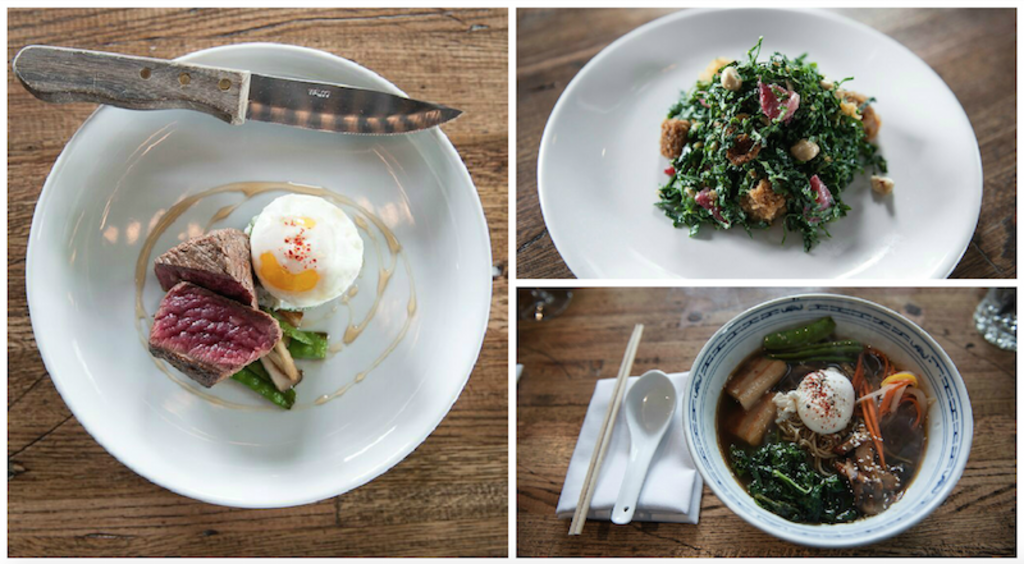 The steak and eggs (left), the kale and strawberry salad (top) and the Brazen ramen (bottom).

Chef Brian Wilson (yes, like The Beach Boy; don’t worry, he’s used to the double-take), a friend of Sargent’s from their time spent together at Rioja, stepped into the head role a few months ago after irreconcilable differences led to a split with opening Chef Lance Barto. Wilson got up to speed in short order, playing around with the existing menu and adding his own flavors and flourishes where appropriate.

Brazen’s brunch menu is an across-the-board blend. While you will find your simple breakfast, benedicts, and french toast, the house favorites include the spicy miso and duck confit Brazen ramen ($15) and the chilaquiles ($10), which features Sargent’s own green chile recipe. The kale and strawberry salad ($8) has meanwhile been a popular new addition to the menu. Wilson steeps the strawberries in a simple syrup and Champagne vinegar, slices and vacuum seals them for a fast pickle. Once he gets them to the desired translucence and blend of fresh and sour notes, they work well as a means of reducing the bitterness of the kale and green goddess dressing; the hazelnuts and cornbread croutons also add a nice texture to this gracious exaltation of summer’s impending arrival. Though not anywhere near as novel as the healthier option, patrons have also enjoyed the steak & eggs ($15) plate which may be added to the rotation full-time if that continues to be the case.

You’ll also find Maggie Restivo on the line; upon joining the Brazen team, she was tasked with livening up the dessert menu. Her blackberry coffee cake, a fine example of her fresh baked bread of the day ($6) is crunchy on the outside and has a rich, jammy middle. While she also handcrafts the graham crackers and vanilla marshmallow that come in the table-share s’mores platter, she is perhaps most proud of her pies (strawberry rhubarb is the current offering). “People don’t really eat pie outside of the holidays, and they don’t often make it for themselves, so I was stoked to be able to make some seasonal pie variations,” she said, more than once invoking the dessert’s nostalgic quality.

All in all, Brazen has celebrated a slow but eventual rise to now become a local favorite, and mostly by the commitments of Sargent and the rest of his team. Such that Brazen’s investors have doubled down, so to speak, and Sargent will be opening a sister restaurant, Kindred, in Sunnyside this fall. Wilson will be moving over to helm the new venture, which will “have the same DNA as Brazen, but will be less focused on fork and knife, and with a more vibrant setting,” said Sargent.