They say that creativity is intelligence having fun, and on the final night of Denver Fashion Weekend there were clearly some playful hair geniuses present.

The collections ranged from edgy to ethereal, as different salons across Denver were given free range to really stretch their artistic muscles. Check out the highlights from the DFW Hair Show, and be sure to check out the full gallery here. 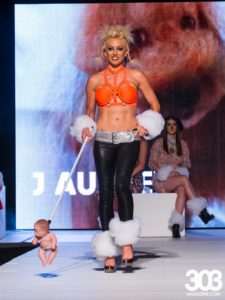 The night kicked off with a dog-inspired collection that peaked when a model hit the runway walking her baby human. These looks were characterized by crimped, teased and poodle-esque hairstyles with enough body to mimic canine features, as well as defined puppy-dog eyes that brought a whole new meaning to the phrase “doggy-style.” 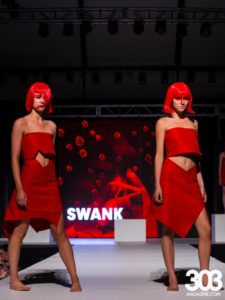 We were seeing red in the Swank collection, which featured architectural bangs and bobs alongside structured red makeup. Swank was the counterpoint to the softer-styled collections of the show and definitely made you want to go get a hard-cut bob for your new summer ‘do. 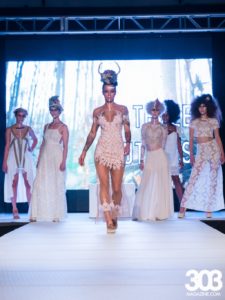 Three Cutters came along to fulfill all of our hippie-chic dreams. Not only were the clothes absolutely gorgeous in all of their flowing, white glory, but the braided, wispy and teased out hair and white body paint were enough to make all of the looks from Coachella look downright basic. 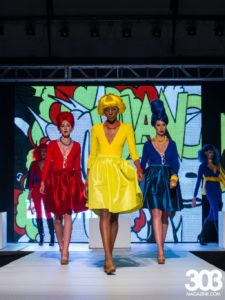 This comic-motif collection was definitely a crowd favorite, mixing ladylike looks with superhero ones. (That’s right ladies, there’s room for both the feminine and the badass.) The hair was all wonderfully retro in ’50s up-dos and sky-high beehives, and created in either stark yellow, red or blue. Coupled with comic-like makeup and body paint, this collection looked like it walked straight out of a (very fashionable) comic book. 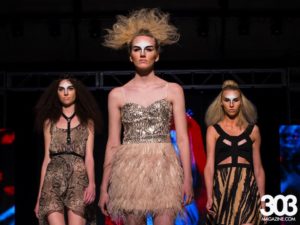 There was a very animalistic feel to the Toni & Guy collection, ranging from lion-like, teased-out manes to feathered, bird-like up-dos. This feel was mimicked in the feline makeup and animal-inspired outfits, making the collection feel like “The Lion King’s” stylish counterpart. 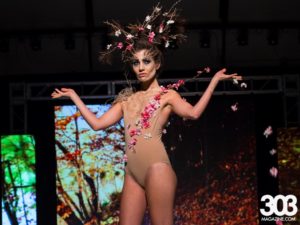 Nature was definitely calling for this collection. The theme was decidedly woodland, and the individual looks ranged from floral-inspired to a hair-spun spiderweb. The looks were some of the most avant garde of the night and each model was incredibly detailed (just look at those twig eyebrows) and fully committed, dropping petals or blowing “snow” at the end of the runway. 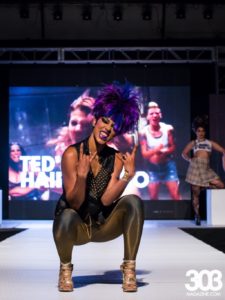 Punk style will never die, and the collection by Ted’s Hair Studio was there to remind us not only of that, but that it also deserves recognition in the world of fashion. The looks were unapologetically edgy, consisting of brightly colored and stiffly structured hair as well as intense, smokey makeup. They went all out by including a female model rocking a no-shirt-and-blazer look that screamed “Free the Nipple,” and a not-so-subtle “Fuck the Police” graphic painted on the back of a male model. 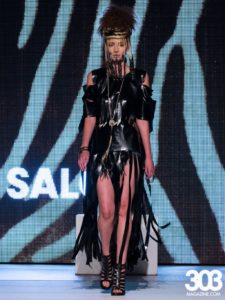 Voted “Best Salon” in the 303 Awards, El Salon definitely proved they had earned its title with its collection of intricately-woven hairstyles. The collection seemed to pull from an African-motif, featuring incredibly elaborate braids, coupled with gorgeous and colorful outfits and stunning war paint-esque makeup. 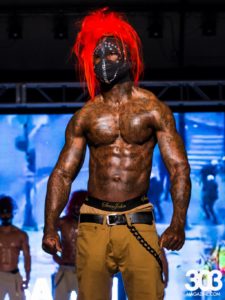 This male-centric salon’s collection was fifty shades of macho, and the ladies in the audience definitely loved it. Seriously, the women in front of me probably filled up their phone storage taking photos of this collection. The collection featured bright, unkempt and and grown out hair atop leather-masked, incredibly muscular men. It’s like the edgier, more S&M-esque version of the man bun. 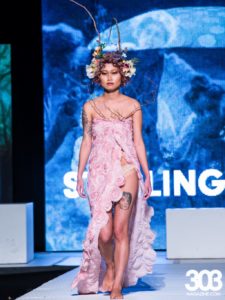 Starling’s collection was definitely the most ethereal of the night. The entire thing was somewhere between a group of woodland nymphs and a fairytale. Rather than going the messy, natural hair route, Starling was characterized by smooth curls and controlled braids, lending a romantic theme for the collection. 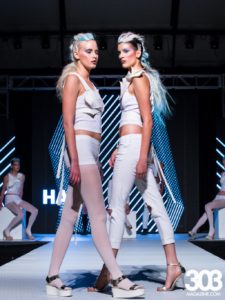 There was a very futuristic feel to this collection – like the Jetsons, only better. There was a nod to the pastel hair trend with a mix of blue and platinum hair color for the entire collection. The style consisted mainly of intricate mohawks with plenty of hardware accessories that seemed to merge naturalistic with industrial in a stunning way. 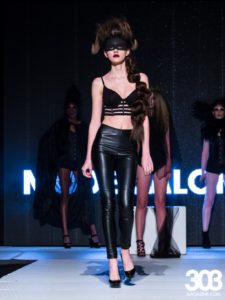 Mode should definitely start styling all of the Disney villains. The collection was all about dark, twisted extremes, from seriously long hair to incredibly voluminous braids and poufs. Paired with dark, mysterious makeup and lingerie-inspired outfits, the entire collection had a forbidden fruit vibe. 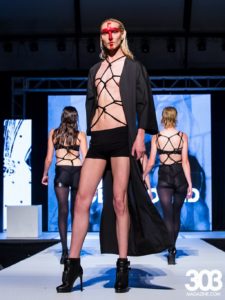 I think Taylor Swift was talking about this collection when she penned the words “nightmare dressed like a day dream.” It was dark, greasy and slicked back with erased facial features. With catholic and antichrist undertones and references in this dark and twisted collection, it made everything feel wrong but oh-so-right. And let’s not forget their male model who slayed the runway in his stilettos.

Racines to Permanently Close After 36 Years, But It’s Not Goodbye Yet

Denver Center for the Performing Arts Cancels Hundreds of Events, Cuts Staffing Costs by More than 50%