Throughout the city, on pre-planned dates, groups of hungry strangers will gather. Sometimes in shiny new industrial lofts, other times in ballrooms of old Masonic buildings, these inquisitive gourmands will assemble for a night of adventurous eating in unusual places. Typically many of them are newcomers. In all likelihood, they probably recently became aware of this congregation through a savvy friend or a freshly received email. But despite their unfamiliarity, every diner is connected by one single fact: They were all let in on this secret.

But how does one find out about such a thing? And more importantly, how does one get invited? We’re sure you’re wondering, because about two months ago when someone quizzed us about the underground dining scene, we had the same curiosity. Where are these pop-up dinners happening now? Are the ones we use to love even still in town? The FOMO (fear of missing out) was strong and we felt the urgent need to resolve it. So we set out on a quest to find all the secret supper clubs currently happening in the city.

Some were discovered easily through a Google search, others via late night divulgences with old colleagues. One was even revealed through a Tinder date (yes, really). What we found was that some have faded — the yearly selection waxes and wanes depending on which idiosyncratic host happens to be in town. But despite this fluctuation, the idea remains the same: to eat, drink and adventure with people that you have never met, in a place you’ve never been…

Below you’ll find the fruit of our labors: three of our favorite supper clubs currently operating that also have upcoming events. All dinners were tested and all have been approved. So dig in and take this as your official invite (at least from us). Maybe if you’re lucky, we’ll see you there. 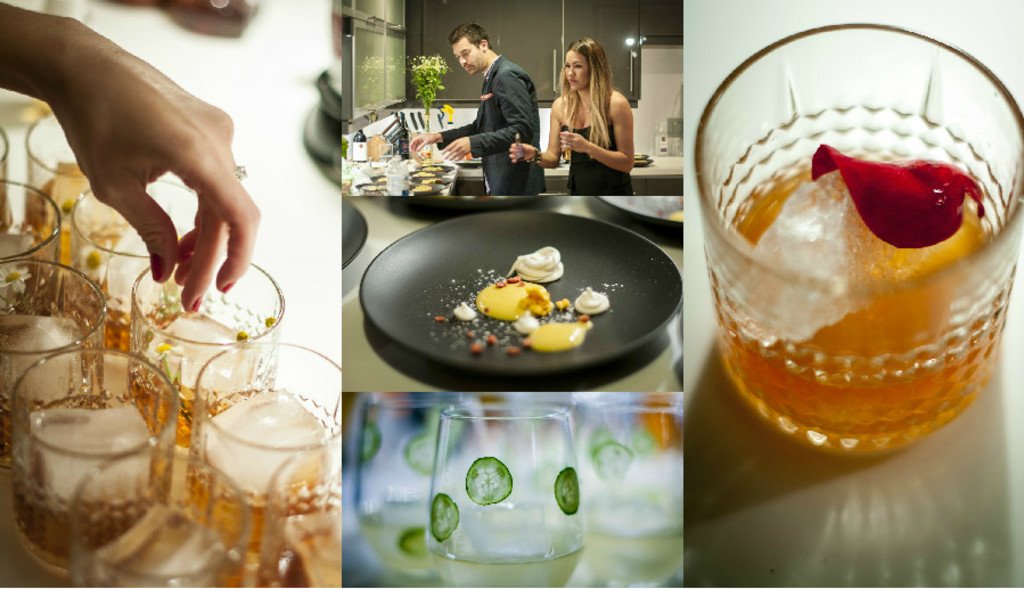 Location: a RiNo apartment (address released after RSVP is accepted)

Pro: Queen City’s intimate setting creates a communal atmosphere that facilitates diners to get to know one another.

Con: With seven courses, the dinners can last several hours, often even past midnight. But if the company is good (and according to past accounts, it usually is), then it’s unlikely you’ll notice how many hours have passed. Also unless it is a special event, most dinners are BYOB with one to two cocktails offered.

The Low Down: Hosted by globe-trotting duo Katsumi Yuso Ruiz and Stephen Julia, Queen City is a supper club setup much like a dinner party. Because instead of highlighting professional chefs (as you’ll see later with other clubs), this lovable couple invites diners into their home for a multi-course home cooked meal. In the warmth of their sleek RiNo loft, this team of two serves a parade of elaborately constructed dishes, all offered in unique vessels (one cocktail was even served in a ceramic cat shaped cup — adorable). Only 12 to 14 diners are accepted to partake, making for a very familial atmosphere where guests are encouraged to get to know one another. According to Julia, it’s not uncommon for guests to become fast friends, mentioning that one of the regulars even ended up living with the couple for a brief period of time.

As for Ruiz and Julia, the couple proclaims their status largely as amateurs. But as founders of Cure All Bitters, a small batch bitters company originally founded in Ruiz’ native home of Mexico City, the multi-national duo showcases their craft cocktail knowledge with their speciality spiked beverages that are notable for their presentation and inventiveness. So come thirsty (preferably with an Uber on call) and brush up your best anecdotes.

Pro tip: It is required to come in groups no larger than three and it is highly recommend to come alone. Also since it’s BYOB, Ruiz says to feel free to reach out to them a couple days before the dinner for recommendations on what to bring. 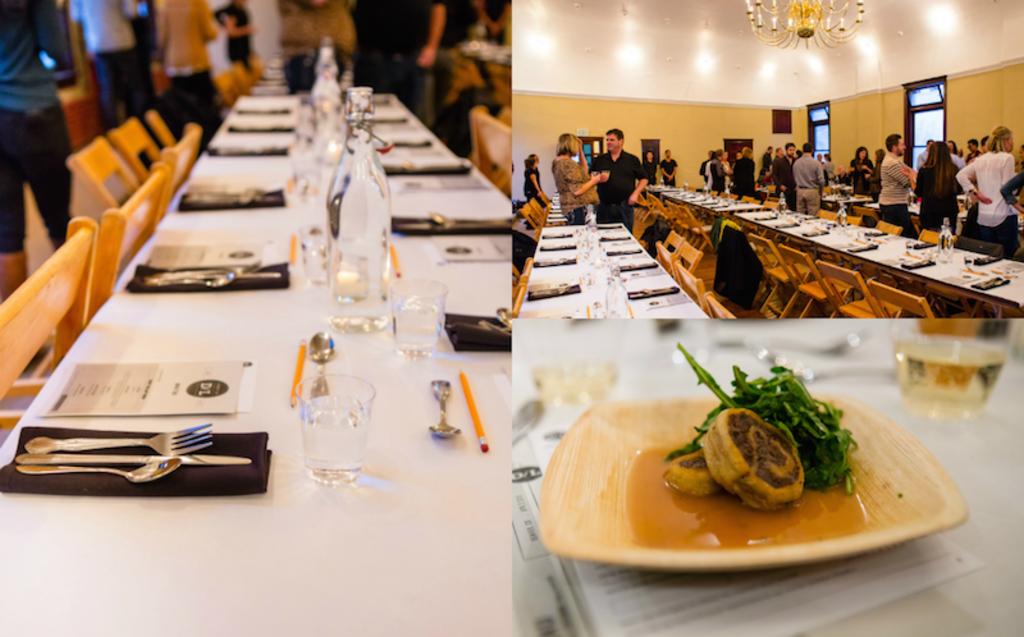 Cost: $125 for annual Denver membership + cost of the event – Go here to apply to join.

Next Event: June 4 “Neverland | A celebration of the grownup palate” featuring LA based Chef DJ Park ($25)

Pro: It’s a great way to get to know up-and-coming chefs. Also providing feedback via comment cards is a big aspect for this dinner and adds an interactive element.

Con: It is a much larger event than the other two, making it a bit harder to make friends with fellow diners.

The Low Down: Originally from New Orleans, Dinner Lab recently debuted in Denver as of last year. Since then the popular concept, one that the New Yorker called “the next generation of the pop-up restaurant” has taken off in our city. Fueled mainly by Denver’s ever growing chef culture, Dinner Lab gives lesser known cooks the chance to shine. Everyone from sous chefs to pastry chefs are able to flex their culinary muscle while trying out their own ideas — some of which are a part of precursory plans for new restaurants. Here diners are invited to an inventive space (discrete alleyways to gratified warehouses, to name a few) where they are served a multi-course meal of moderately proportioned bites on recyclable plates. A selection of beer, wine and one to two cocktail pairings are also included.  At the end of the evening, guests will likely feel sufficiently fed and, if they found the experience satisfying, will leave with the impression that they were a part of something new and exciting.

Pro tip: While flying solo is still encouraged, out of the three, Dinner Lab is probably the best supper club to bring a date to. 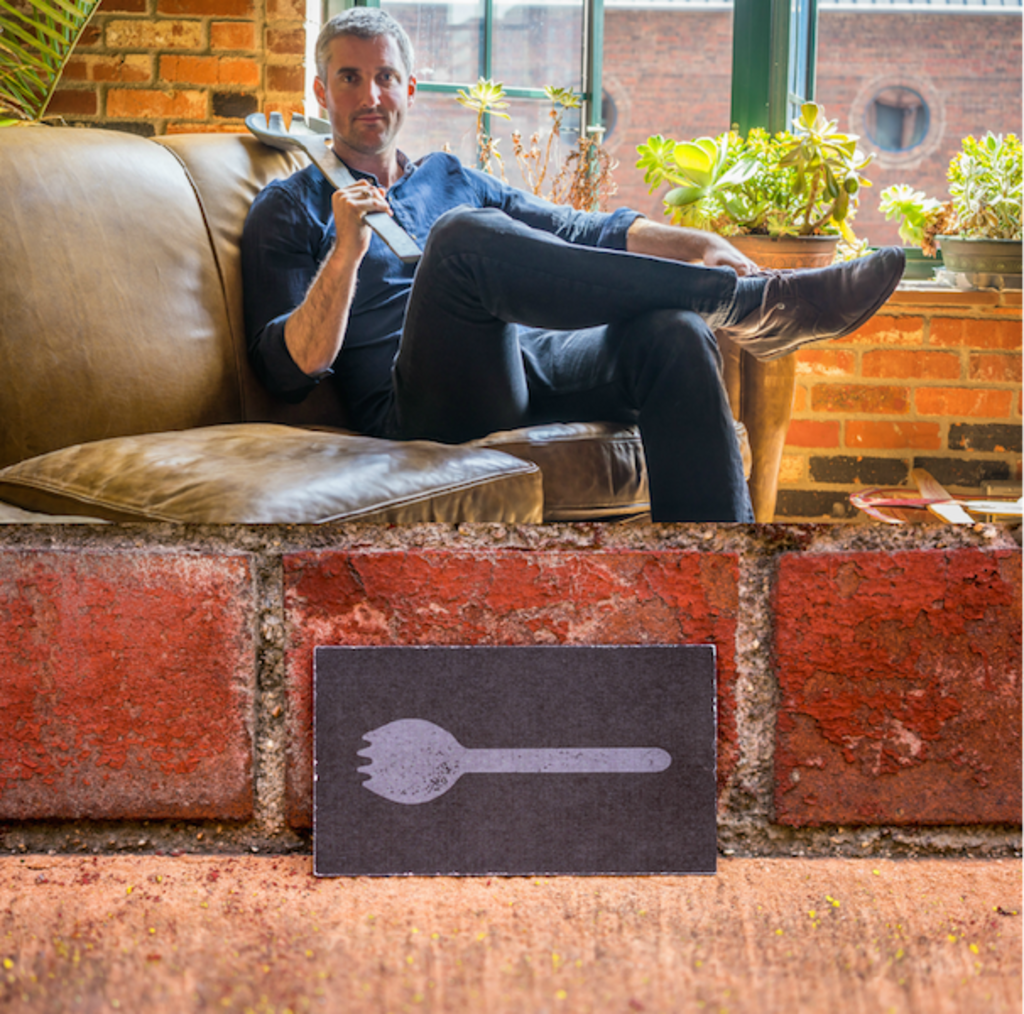 Pro: The attitude of this supper club is playful and light. Plus with established chefs on its previous rosters, you’re likely to get one of the better dining experiences.

Con: You have to be referred by someone in order for your reservation to be accepted. Also if you’re not into wearing a costume then it might not be for you.

The Low Down: Founder, Denver native and “Jay Gatsby-equse figure” Paul Laurie is an international traveller by trade and has been running Silver Spork Social for the last two years. This supper club is a hybrid of the two aforementioned pop-ups as it combines an intimate setting with food and drink provided by professional chefs and bartenders. But Laurie, a fan of theatrics, is mainly known for adding in a twist to his events. First the location is shrouded in ultimate secrecy, and instead of emailing or texting where the dinner will take place, accepted diners are given a meeting point in the city where they are instructed to find Laurie bearing an oversized version of the namesake spork. It is only then will Laurie reveal the location by guiding his pack of epicures to their destination, his silvered scepter leading the way.

Once at the revealed location, Silver Spork attendees can expect a variety of entertainment. From string quartets to blind folded tastings, and even a round of musical chair to mix up the flow of conversation, this dinner club is meant to be a night for the adventurous.

Pro tip: If you are unable to get an invite, Laurie recommends writing about yourself in the reservation form, as a way to potentially increase your odds of landing a spot. Also costumes and “fanciful dress” are highly recommended for all of the events. If you come wearing street clothes, you’ll probably feel out of place.