The Morning After: Classic Brunch Spot Dozens Celebrates 30 Years in the Business

What: A downtown institution that is the kind of lively, consistent morning/afternoon spot that mixes the charm of the small town social hub and the busyness of a quick stop, working-week layover.

Pro: The delectable, not overdone pastries.

Con: The breakfast potatoes are too dry­.

While it won’t be official until October, Dozens is celebrating its 30th anniversary this year. For all that time, the downtown icon served what owner John England refers to as “two distinct personalities:” the city and state officials, lawyers, and politicos of the business district, and the casual crowd, i.e. hungry early and late risers like you and me. Given the old-fashioned doorbell, handwritten tickets and antique cash register, it is clear England has deliberately preserved mementos that denote the restaurant’s historic, mom-and-pop charm of yesteryears… 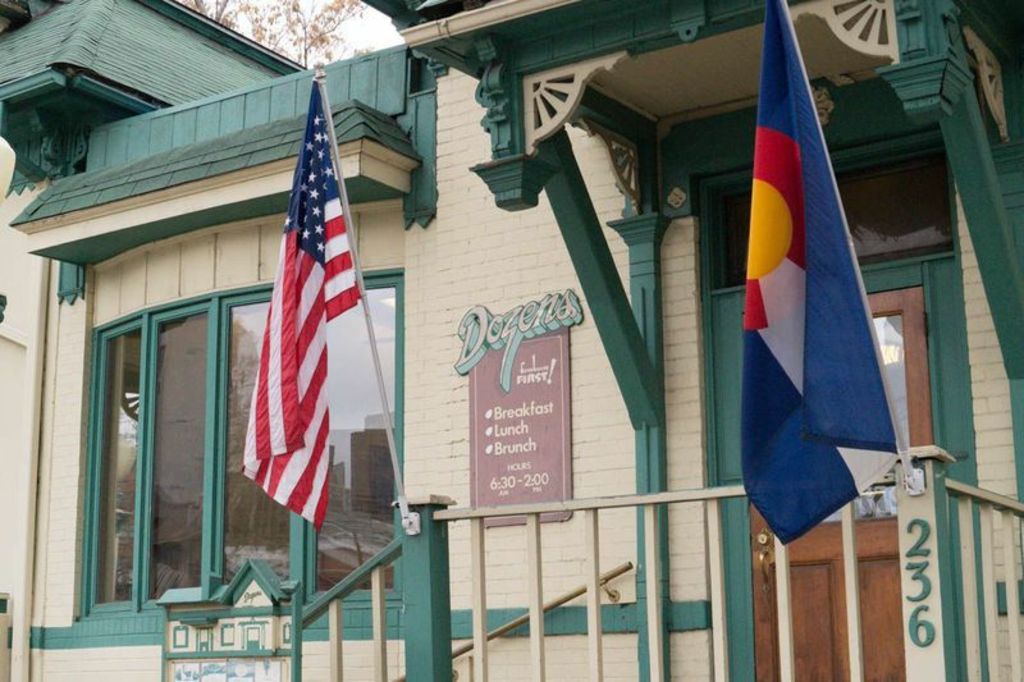 Scott Diamond and Lance Nading opened Dozens in downtown Denver in the mid ’80s, riding on the success of its sister location in Aurora. They made headlines when they decided to make it the first nonsmoking restaurant in the city, and upset a still large population of would-be diner-chainsmokers who either had to butt out or take their business elsewhere. In spite of the ban, Diamond and Nading over the years gradually nurtured Dozens to earn the mainstay reputation it now carries.

England was working for the duo as the general manager at Dozens before he stepped up to take over the property. As with the décor, he was committed to almost every characteristic of the tried-and-true establishment. “I knew what these guys did [referring to Diamond and Nading], I saw they were successful. A lot of people will think that once they sign the papers they’ll do their own thing. I took some things off the menu, put some things on, painted the chairs and tables—that’s about it,” he said. 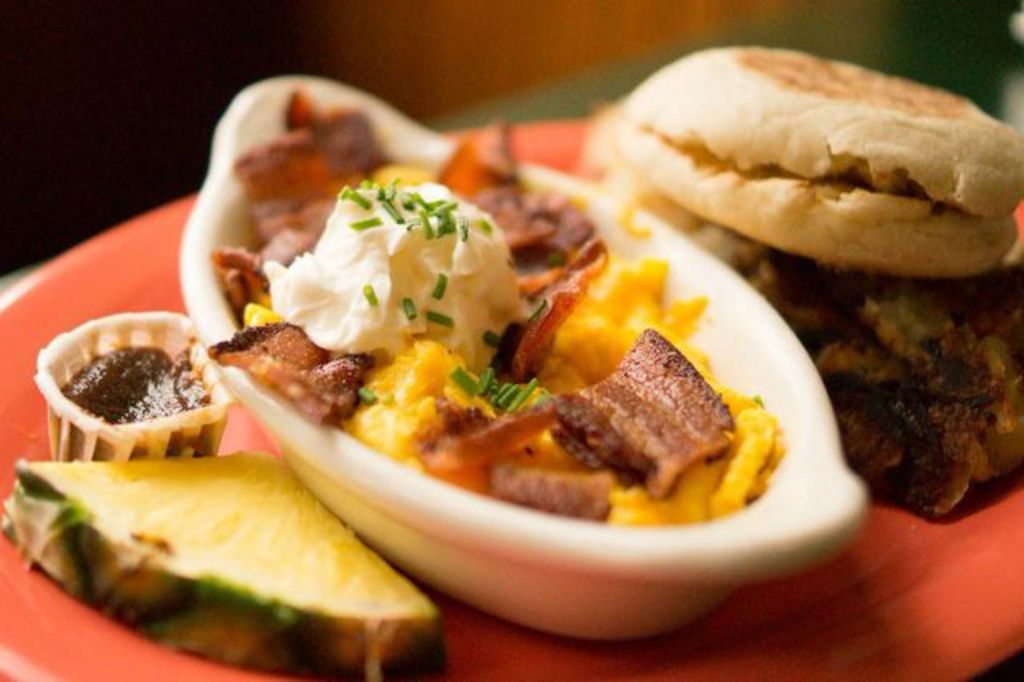 The menu, virtually unchanged from its first version, is an egg-centric blend of omelettes, scrambles and standard sandwiches, which appear under the apt heading “Man Does Not Live By Bread Alone.” The 6th Avenue Interchange ($8.50) and Here’s Your Aspen ($8.75) are the two most popular omelette dishes, and come with a side of breakfast potatoes (which I found to be rather dry, and drowning anything in ketchup is never enjoyable), an English muffin and a pineapple garnish. The Steamboat ($8.50) scramble, a simple combination of bacon, cheddar cheese, sour cream and chives, deserves to be sampled, the Golden Triangle ($8.95) sandwich of roasted turkey breast, bacon, tomato and cheddar cheese on sourdough was just okay.

Buried at the bottom of the menu, Dozens’ secret weapons are the Cinnamon rolls ($2.95) a soft and just right rendition of the sweet treat with an apricot glaze, and the just-as-unforgettable Cinnamon Crisp Scone ($2.95), which, unfortunately, is only available on the weekends.

Dozens also has a modest drink menu consisting of screwdrivers, Greyhounds, bloody marys, and $3.50 mimosas, made with fresh-squeezed orange juice.

After the table has been cleared and the check paid, Dozens remains a reliable local favorite. From the people who work there to the food on the plate, familiarity is the blanket trademark. Whereas other, newer restaurants prioritize gimmicks and inventiveness, Dozens relies on its traditional approach to simple, American breakfast and lunch fare. There is little doubt that Dozens clientele will continue to support one of its cherished haunts as it enters its third decade. “We have some people that come in three to four times every single week,” said England, and he seems content with such pledges of allegiance. To show it, he plans on removing a divider with houseplants, which sits in the center of the building, and installing a countertop for the single customers that come in regularly. After all, what good, classic restaurant can go without a bar fit to station its most loyal customers?