Underneath the intertwined concrete arms of I-25 and I-70 sits Globeville: a Denver neighborhood that despite its surrounding development, still feels like a place frozen in time. There, in the shadow of this bustling overpass, you’ll find a spattering of little cookie-cutter, single-story homes, separated by chain link fences that outline small green grass yards. On occasion you’ll see a lone kid racing down the block on a bike one size too small, peddling with furry as if he is racing with an imaginary friend. It’s quaint and it’s quiet – really quiet.

But the lack of noise, outside of the consistent whir of the overhead traffic, isn’t uncommon. Rather the eerie inactivity in this area is a result of decades of city abuse. Because not only has Globeville been sliced into fours by the aforementioned highways, it was also home to Asarco, a smelting plant that polluted the soil of this area for decades. And while countless projects have been proposed to spur revitalization, Globeville has been unable to retain new businesses. That is, all except for one… 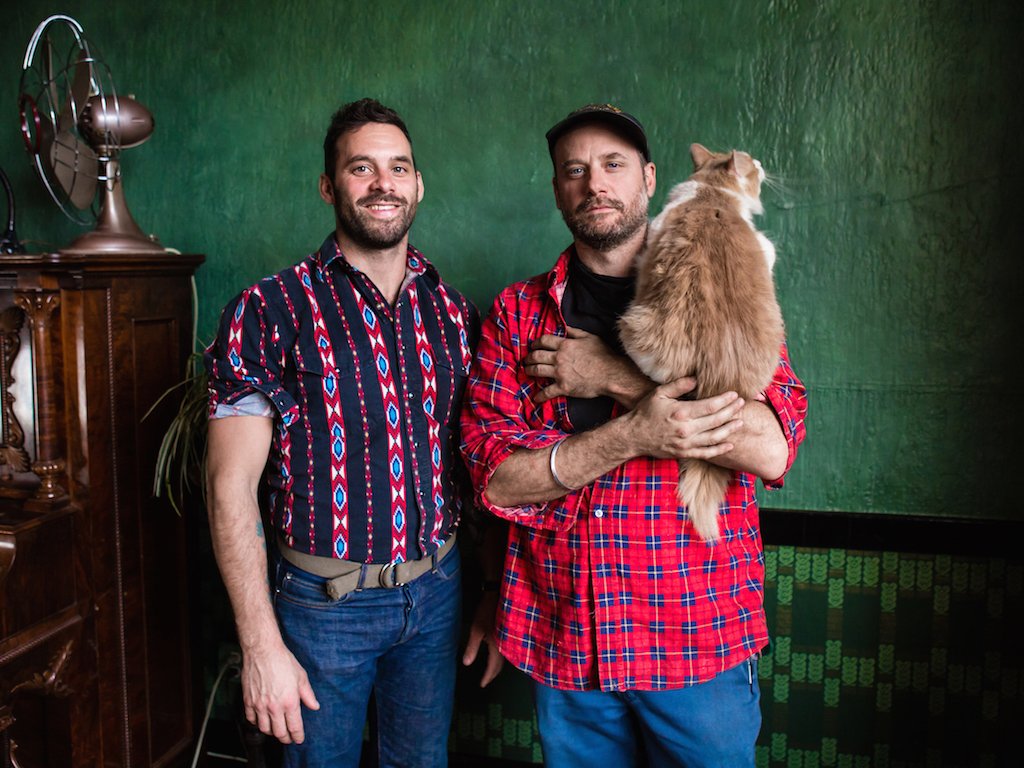 While Fort Greene technically opens today, the bar has previously operated under several different aliases. Formerly Crash45, and before that White Owl, this 1880s building is currently one of the few operating businesses on Globeville’s main drag. Its newest rendition, a self-proclaimed “salon meets saloon,” comes from Bretton Louis Scott, a Wisconsin native turned New York City transplant. But Scott, admittedly new to Denver, isn’t completely disconnected from the local scene. Rather his brother, Aaron Scott, owns the building.

Aaron, a Globeville resident for approximately eight years, is an active member of the neighborhood civic committee.  He explained that he is invested not only in the success of his brother’s bar but he is also deeply intertwined with the impact it has on the community. “I run a business for locals,” he explained. “We don’t want to alienate the neighborhood.” Aaron spoke about how the space historically served as a gathering place. Both brothers explained that the building originally began as a Slovenian/Polish dance hall and now provides a space for neighbors to gather off-hours to discuss the future of the area. With Fort Greene they hope to continue this tradition with several plans to increase its accessibility for locals in the works. 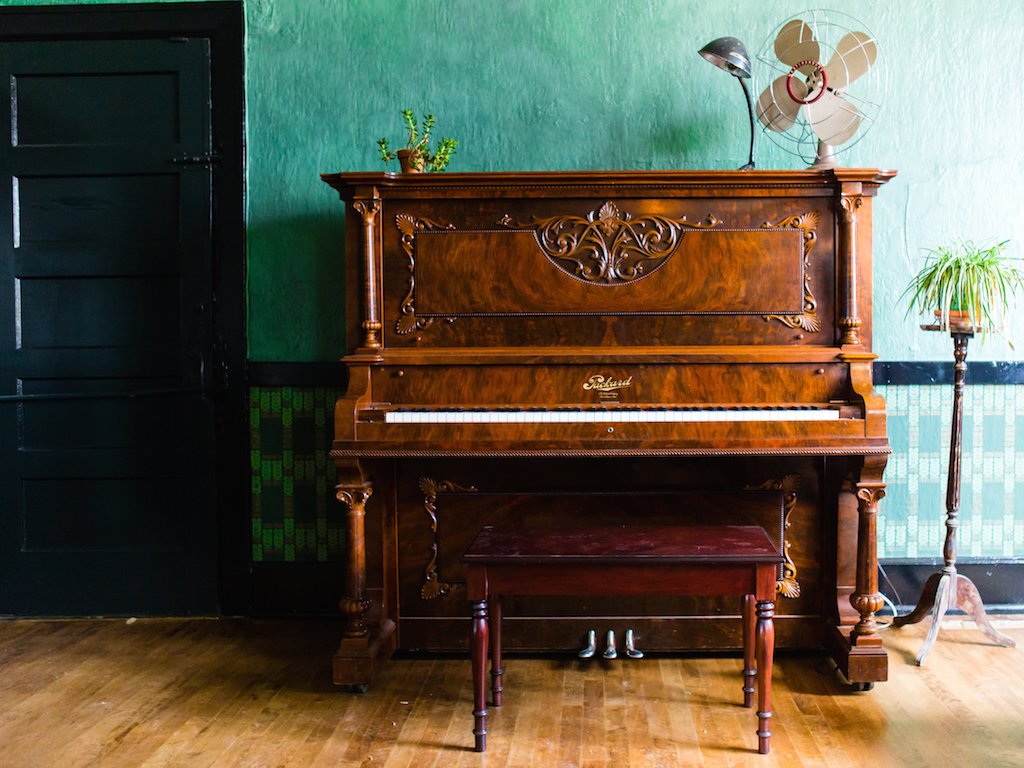 “I want a bunch of greenery with big, green awnings,” explained Bretton on a bright spring afternoon several weeks back. The building, which is aggressively square-shaped, feels like a weighted book-end on the block. It makes sense why Bretton wants to add a little color to the exterior because from the outside it looks a bit like a fortress. But as you walk in, the hard exterior dissolves.

The walls, which are expertly patina-ed to highlight the art-deco reliefs, reverberate with a soft emerald green. An old, upright piano sits in the corner while vintage knick-knacks clutter the expansive dark wood bar (which, according to rumor, originated from the Stanley Hotel). The space feels true to the era of the building — as if somehow it truly does exist in another point in time.

“I am kind of obsessed with French salons of the 1920s,” said Bretton, while casually playing the old pump organ he found at one of the many estate sales he pillaged in order to furnish Fort Greene. He elaborated that the multiple rooms are filled with unique vintage furniture so that artists and intellectuals can come and converse. He expressed a deep desire to create a secluded, collective space. Joking that this is where celebrities can come hide-away in hopes of going unrecognized. “My goal is to get Björk here,” he said. 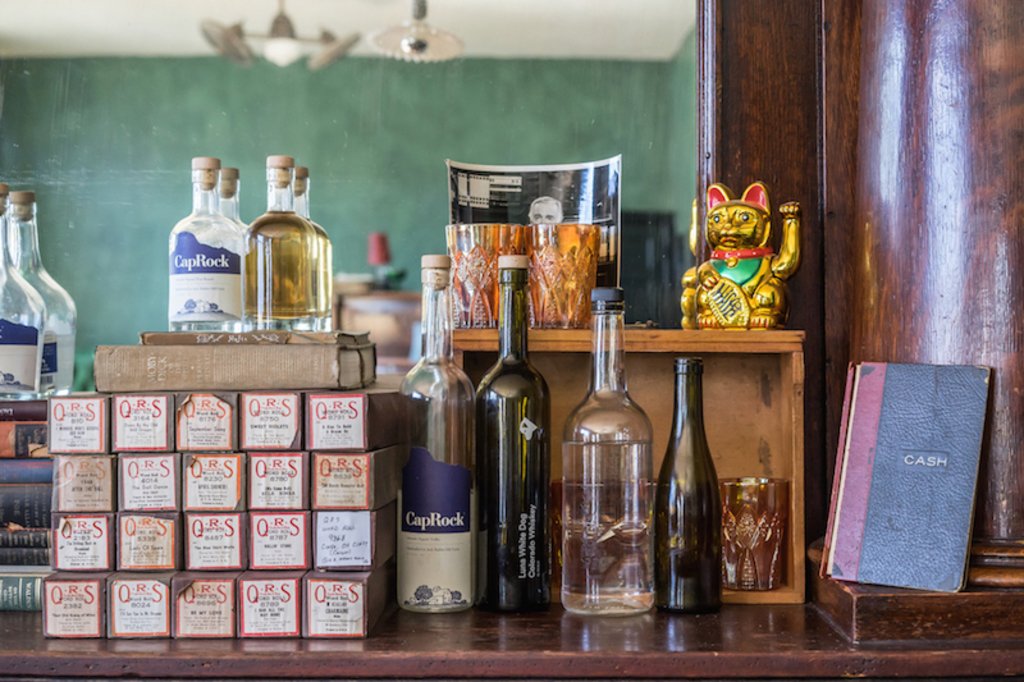 The inspiration for the menu comes from Bretton’s Midwestern upbringing and will feature many homey comfort items like Wisconsin cheese curds and Dutch apple pie. All recipes come straight from Bretton, who admittedly has never ran a kitchen before and is largely a self-taught cook. “But I’ll have a lot of help,” he explained.

The wine list will host a variety of affordable boutique wines, with several on tap, and will rotate throughout the season. Cocktails will remain simple and straightforward, focusing on the classics and maxing out at about three to four ingredients. Local spirits are the main focus of the bar, with brands like CapRock taking center stage.