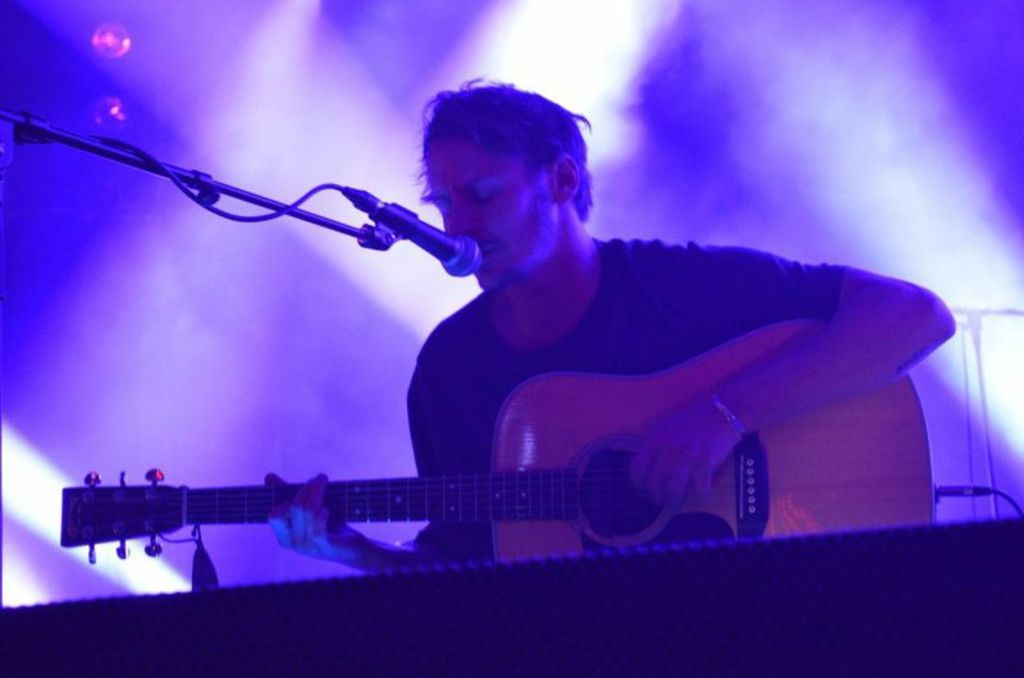 Ben Howard “Forgets Where We Were” in Denver

This alternative artist began his music career with a two-person band, playing gig after gig and generating a fan-base the old-fashioned, hard-earned way. His last album, Every Kingdom, became an instant success with the popular song, “Only Love.” Ben Howard has maintained strong melodies and vulnerable lyrics with his newest 2014 album, I Forget Where We Were. 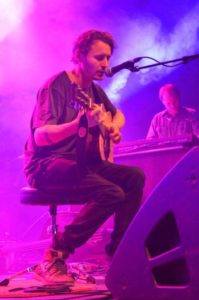 His unique acoustic guitar methods differentiate his style from many other singer/songwriter types.

The British talent graced Denver at The Fillmore on Saturday to showcase both old and new tunes and provide a reflective, relaxed environment. Kicking things off with “Small Things,” Howard sat front and center in complete darkness and simply began to play his acoustic guitar. His grey, loose-fitting t-shirt and black pants called no attention to Howard, himself, allowing the main focus to be on his music. Hunched over and swaying, Howard seemed to be in his own world, connecting to the music even before muttering a lyric. While he played, his band stood around him, joining in gradually. The drums adopted a steady beat while the electric guitarist became emotionally invested in every lyric, using his head to dance along as he played.

Background lights peaked through fog emerging around the band to emphasize the song’s hauntingly exposed lyrics. The audience moved their heads in unison, as if the song directed them so particularly to enter a specific state.

Before the song came to a close, Howard and company energized the crowd with a gradual crescendo. The lights increased in accordance with volume, creating a bold marriage between aesthetics and resonance. 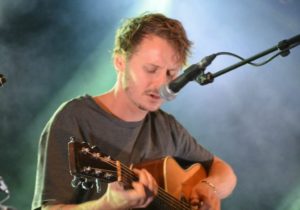 As the tune ended, a seamless transition offered an ambient setting before Howard began “Time is Dancing.” Purple lights painted the audience members’ faces as Howard chose to turn away from the audience, emphasizing his constant humility as an artist who truly creates for the sake of his art instead of fame. The lights alternated between colors to match the tone of the song.

After the next song, “Evergreen,” had closed, a standing bass was brought on the stage to prepare for the eerie brilliance of “In Dreams.” India Bourne, the the only member in Ben’s band when he began his music career, switched to cello for this song. Amongst this versatile musician’s other instruments-played were the bass and keyboards.

The guitar was quick, accompanied with what sounded like tribal drums to establish this dynamic song. This one seemed to hit home for Howard, as he became a bit more emotionally-charged. 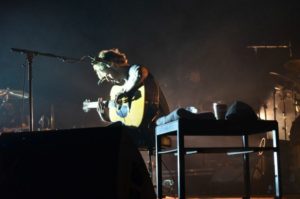 During the new album’s title song, “I Forget Where We Were,” Howard played the acoustic guitar in the style of an electric bass with his fingers upon the top of the neck. It is his acoustic techniques such as this one that foster such voluminous, ambient songs.

The band also played a variety of songs such as “Conrad,” “Rivers In Your Mouth,” and “Black Flies” before ending the show due to an illness he had been playing through during the entire concert.

Howard managed to deliver a solid set despite his affliction, proving just how talented and determined he really is.

Check out Ben Howard’s music below.