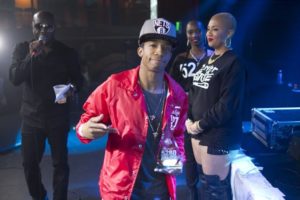 The 5280 Urban Music Awards is in its 5th year, produced entirely by 1600 Entertainment and is the city’s only urban music celebration, as far as award shows go.  While many publications offer minimal space for coverage of hip-hop music (including this one), the 5280 Urban Music Awards offers legitimacy and organization to a genre that is often overlooked, despite it’s obvious cultural influences.

Sure, there are columns like Rap Power Hour, Hip-hop Roll Call and others that are specific to local hip-hop, but you’d be hard pressed to find widespread daily local music news throughout the media world. There’s also a bit of an angle that boxes the 5280 Urban Music Awards into the “too urban” category. That’s ridiculous but this is a wrap-up column, so we won’t digress too much, here.

Nominees are asked to submit their music for various categories and a committee chosen by the production team at 1600 Entertainment. From there, the voting begins and artists campaign for themselves and for the win. This year was the fifth ceremony and took place at Cervantes Masterpiece Ballroom. The ballroom was the perfect place for an awards show that is half about who you know and who you see in the room and half the performers on stage. 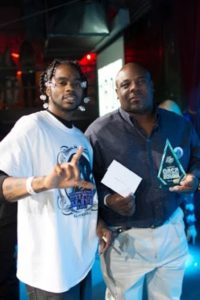 The nominees were greeted with images of their baby faces as the various awards were distributed. There were performances from Aries Jackson and Mr. Midas early in the night, which we missed but heard really great things about. We were able to check the Blacc Money Gang’s touching tribute to KL The General, a good kid and even better rapper who was killed late last year.

LKeys, Show and the rest of the team honored KL’s memory with a few brief words from his father and a rousing performance.  The big winners of the night (besides KL’s two wins) were Squizzy Gang’s AP and Trev Rich. AP won back to back awards, propelling him into an impromptu performance of his winnign song “Dead Weight.”

If there is a true champion of the people, perhaps Esi Juey is that guy. His performance literally had everyone in the room on their feet dancing and rapping along the lyrics. It was quite impressive. Hyena Musik is the new group to watch, though. I’ve seen them perform before and it was mostly a blur of rhymes and flailing limbs on stage. They brought their A-game for the awards show, though, and turned it out.

The latest crew to claim territory in the hip-hop game in Denver NDE, comprised of numerous rappers, deejays and other artistic beings, gave a near perfect performance.  Their passion and fervor for music was really inspiring to watch. 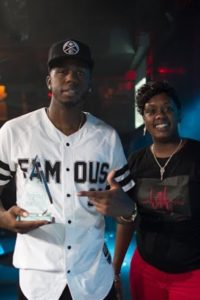 As far as the crowd goes, there are tons of rappers who feel like they are too good to mingle among the dream chasers who are open about wanting to make it in the game. Those people weren’t in the audience. The room was full of artists networking, congratulating each other, laughing out loud at the hosts’ jokes and overall being merry.

Mixtape of the year: Trev Rich; Rain in the Summer

Producer of the year: Sosa

Complete Project of the year: AP; A Mic and a Heartbeat

Performer of the year: Esi Juey