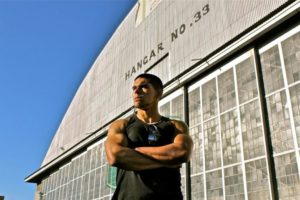 Welcome to the first Rap Power Hour of 2015. While you might be still plucking confetti from your eyes, we’ve got several tracks to keep your volume extra high.  We’ve got tracks from Dizzy James, A. Meazy, Taurean, a right on time video from Reve Kalell, North By North Records and more. Check the rhymes.

Considering the political landscape, more and more artists are using their voices to speak out against injustice. This track, “FTP” is one of those moments. The artists from North By North Records have teamed up to raise their voices and with these rhymes, they are most certainly raising the bar. Listen below.

Dizzy James sent over the track “Habits” featuring a fly sample of the Tove Lo track (with Lindsay Deroche on vocals). If you’re looking for a song that describes the perfect moments of spilling out one’s woes to a bartender, this is for you. Listen below.

An MC who goes by the name of Taurean is letting you know he is the “Industry’s Nightmare” and not in that Friday the 13th kind of way. This self-explanatory track proves the MC is taking zero prisoners and he’s ready to known all the competition out of the box with his “hip-hop séance.”  We like this. Listen below.

In this time of turmoil and numerous cases of police brutality, Reve Kalell has released the video for “March.” Here is challenging all artists and those who care about a just society to put their money where their activism is. This is what we need, even though some of the police images are hard to watch. This is power to the people. Watch below.

Lionel Bravo is back in the states and has released “When I Grow Up” featuring Ivan Washington. Sometimes you have to write those songs that tell a true story. Here he opens up with a typical kids’ dreams before getting caught up in the schemes of life. Listen below.

Freewai’s track “Werk” is most certainly a club track and gets straight to the point. This is about popping pills, having sex and getting WAY live. This is the song for having a big booty girl sitting on your lap. If you’re into that sort of thing and let’s be honest, who isn’t? Listen below.

Project Aspect and Kruza Kid want to “Thank the Music,” a sentiment many of us should consider. Here the two talk about writing rhymes until the pen is inkless. Nothing else to it, let the beat build on this one. Listen below.

Kevin Young is an entirely new face to Rap Power Hour and we’re totally feeling what he has to offer. The track “Turn Up” features someone’s surely adorably baby on the hook. As you can imagine, this track is about blowing fast money, throwing back the drinks and having fun. Listen below.

Trav Marquee, of the same crew as Taurean, is the one to watch. These guys go in on rap songs and you can’t really deny that. This track “NWO” is absolutely excellent. The content is talking about the belly of the beast and living one’s dreams by any means necessary. Trav just kills it over this beat. Listen below.

Trav Marquee links up with A. Meazy for the video “Ghost.” Again, there’s not too much to say about these guys except they’ve got the talent to back up all the braggadocios talk. Don’t get it twisted because they live it. Watch below.

Shimmy is an artist from Denver who is also new to the round-up. His track “Projectors and Pills” opens up with a monologue from Sam Jackson and his classic “Pulp Fiction” moment. I might get in trouble for this later but let me go ahead and say Shimmy is the rapper you don’t know about that’s going to blow up. Mark my words. His lyrics, flow and production choices are perfect. Period. Listen below.

Extra Kool is an MC we’re familiar with but this video “The Slicer” is something straight out of a movie. The video is meant to play on slicer films from the 70’s but don’t worry, it’s only entertainment. Extra Kool is making a reference to slaying the rap game and doing it well. Watch below.

The video for “Grimey” features Par Da God, Mr. Groove and Poetik Genius is stripped down and shows clips of Denver and the crew mobbing around. It’s not an entirely new concept but what the video lacks, the guys more than make up for in rap flow. This song is dope and impressive indeed. Watch below.

Jay Ax is an MC from New York City who knows just what he wants; expensive dinner and fly women surrounding him. With a voice full of texture and a myriad of stories in his tongue in cheek rhymes, Jay is an excellent MC and most certainly entertaining to watch and listen to. The video for “Young Bachelor” is for the young, fly and handsome. Watch below.