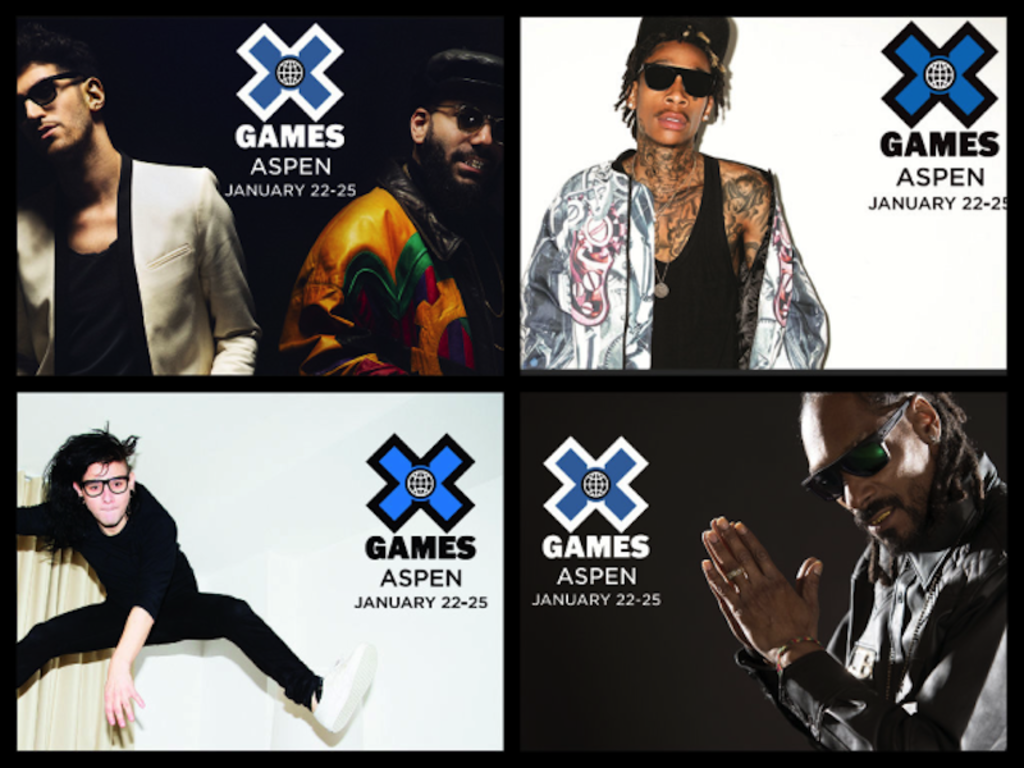 The Get Down: Winter X Games Takeover

The Winter X Games have been the cornerstone of all things winter sports, and have been featured in Aspen, CO since 2002. An annual event like Winter X has become a tradition for residents throughout the entire state. So, for this week’s Get Down we thought we’d give you the run down on what Winter X has to offer in the music department this year. The concerts offered up at Winter X have become equally as significant as the actual X Games sports events, making the weekend a winner all the way around.

Winter X brings the legend of hip hop himself, Snoop Dogg, to Buttermilk Mountain in Aspen. This won’t be California weather, but you can bet that things will heat up when Snoop hits the stage this coming Friday. You’ll definitely need to get here early and grab your tickets while you still can for this one, as it’s sure to sell out!

Kick back in a California state of mind while Snoop turns the heat on Winter X!

What’s an outdoor winter concert without a little bass-thumping? The Grammy-winning electronic poster boy, Skrillex, and electro-funk duo Chromeo set things off this Saturday with a two-concert event.

Chromeo hit the stage first (4:00pm) with their unique blend of electronic funk. Coming off their hit record White Women (released this past summer), and massive success from their lead single “Jealous (I Ain’t With It),” Chromeo kick off 2015 in style at Winter X.

Skrillex, the unofficial king of all things electronic dance music, will have Buttermilk Mountain bumping all night long, as he hits the stage in support of Recess, which peaked at #4 on the Billboard Top 200 last March, and #1 on the Billboard Dance/Electronic Album Charts. This is one concert you surely won’t want to miss, as Chromeo and Skrillex tag-team this two-concert event.

Winter X is even offering an event package ticket that gives you access to both the Chromeo and Skrillex performances.

Winter X ends in hip hop style with a performance from the one and only Wiz Khalifa, whose found tremendous success from Blacc Hollywood, his fifth and latest album release. (Blacc Hollywood featured singles “We Dem Boyz,” “Promises,” “You And Your Friends,” and “So High.”)

Blacc Hollywood also debuted at number one on the Billboard Top 200 in August, selling over 90,000 copies in its first week, and over 200,000 copies to date. Winter X is sure to go out with a blast as Wiz Khalifa is expected to throw down one of the most touted performances of the weekend.

You can find tickets for ALL of the Winter X concerts right here, including an option to purchase a pass to attend all FOUR concert events: http://xgames.espn.go.com/article/11815898/x-games-aspen-2015-ticket-info

And in case you’re not able to attend Winter X, here’s a list of some of the hottest concerts in Denver this week!