The Morning After: Humboldt’s Triple Threat 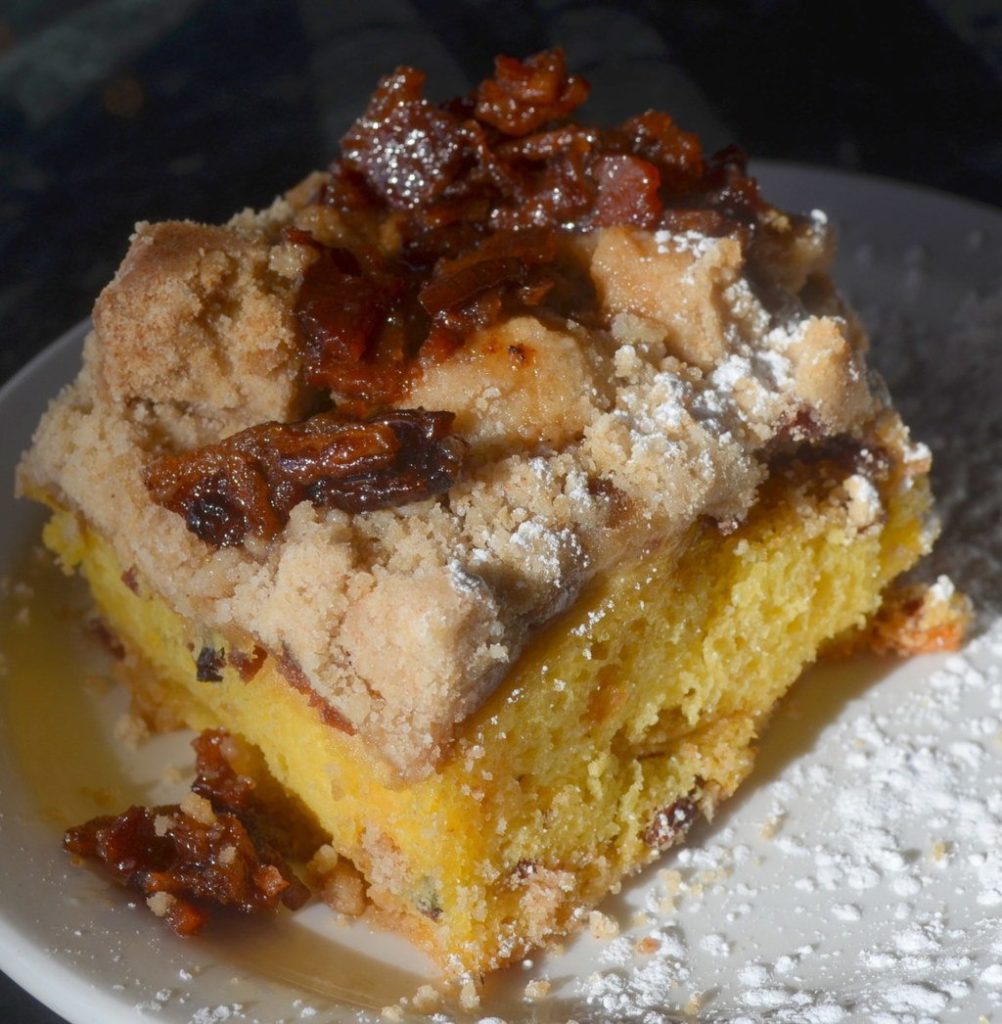 What: A brand new brunch menu that boldly declares unique ingredients and embraces the overarching principle of indulgence that defines the portmanteau meal.

Uptown’s Restaurant Row (17th Street from Broadway to City Park) is best explored on foot and a comfortably empty stomach. It is natural that steakhouses and burger joints abound there; it being Colorado, however, one wouldn’t necessarily expect to find a restaurant with seafood as one of its focal offerings, let alone with a direct reference to it in name. Enter Humboldt Farm-Fish-Wine. Through the entrance one will notice a shelved raw bar packed with ice that glistens from the intake of overhead skylights. To the left of the front door, a small bar is tucked into the corner where drinkers slake their thirst on the likes of the Kentucky Breakfast ($7), a julep with OJ, and the Bloody Bay ($8) – cucumber gin, Old Bay and an oyster on the half shell. At the back of the restaurant there is a hallway with more skylights and a banquet table for larger parties, but most of the action takes place amidst a scattering of four-top tables and high-tops.

DJ Nagle, Humboldt’s executive chef, strode over to where I was seated at one of the former, shook my hand, and shrugged a small plate of Apple Bacon Coffee Cake ($6) on the table. Following the advice of his friends who cook in bigger cities—all of whom agree that unforgettable pastry is one of the tricks to composing a successful brunch menu—Nagle sat down to figure out what he could do. The resulting coffee cake is probably something that one may initially turn their cheek at to only to find it covered in crumbs moments later. Nagle seemed keen to this as he described the recipe, “It’s made with bacon fat and topped with more bacon, because brunch is bacon.” Truer words have never been spoken. 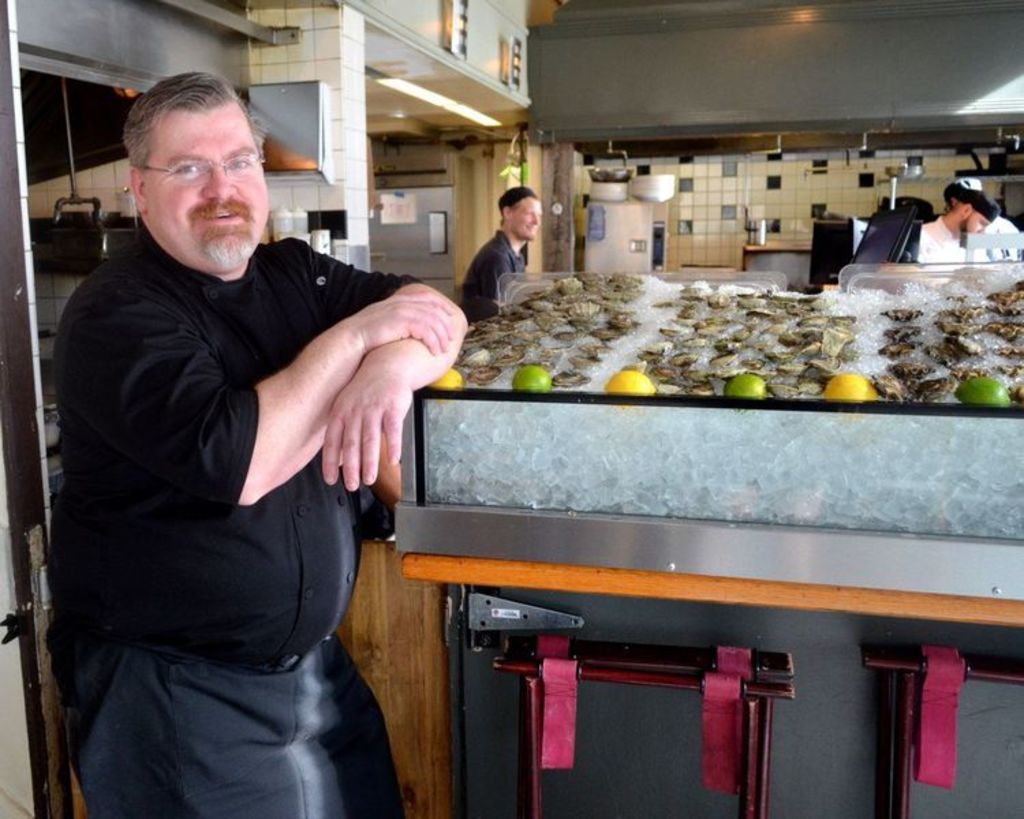 Cinnamon Beignets and Sausage Cheddar Fritters (also $6) round out a short list of “Breakfast Goodies” that, if one so chooses, could serve as both the alpha and omega of a Humboldt brunch in one fell swoop. But my advice is to take it slow, because these goodies are but one category on the revamped brunch menu that rolled out two weeks ago. You will find other typical fare among the entrees, but the standout dishes are the Pain Perdu and Chicken “Katsu” ($14 each). Both dishes creatively disguise their commonality through name and updated components. Translating to “lost bread,” pain perdu is the equivalent to the anglicized and simplified French toast. But rather than just an ordinary meal of soft bread slices and maple syrup, Humboldt uses Red Mountain brioche and have added confit pork belly, sunny eggs, arugula and cider shallot gastrique to the mix. 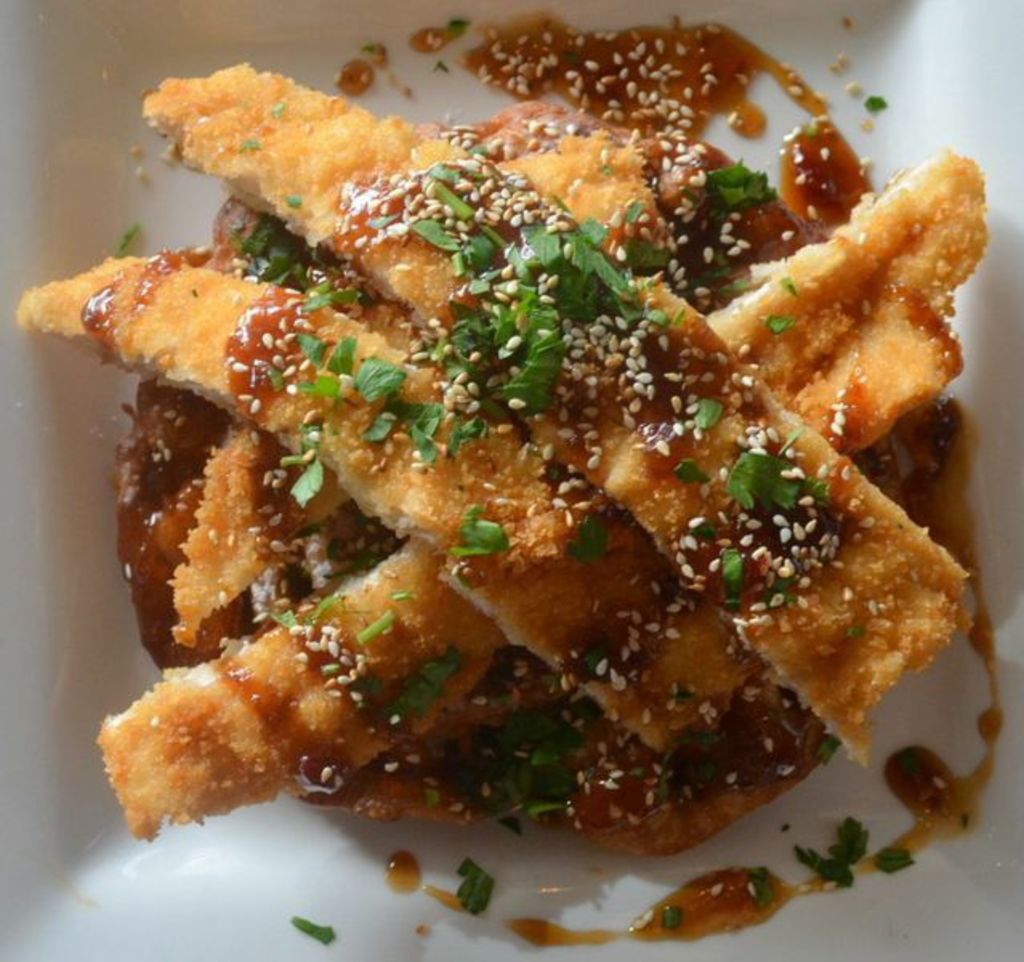 Katsu meanwhile refers to the panko breading on the other entree’s sliced cutlets, which are then gently coated in a plum hoisin syrup and latticed atop a five spice funnel cake. Nagle gestured up and down Restaurant Row, enumerating all the establishments that serve similar dishes, but with a much more recognizable title. Because the dish was unbelievably good, I am choosing to remain loyal to his vision and, like the menu, will let “Katsu” suffice. The bottom line, according to Nagle, “It’s carbohydrates, man. That’s what we’re about right now.” But of course there is another side to the Humboldt story and it is one that figures heavily in the “Fish” descriptor of the restaurant’s insignia.

Humboldt partners with Washburn Island Oysters for their signature petites, grown specifically for the restaurant in a hidden cove that is part of a well protected natural salt pond near Cape Cod’s Waquit Bay. The oysters are hand-harvested on a per-order basis to Humboldt’s specific standards, and they offer a moderate salinity, a soft sweetness, and an exceptionally clean finish. Sean Huggard, Humboldt’s Director of Operations, is from the east coast, and he’s the one who brought this program to the restaurant. Of course, the oyster is an acquired taste or, rather, an acquired consistency. While you don’t have to go as far as confirming their traditional status as an aphrodisiac, if you like oysters, you’ll love these. 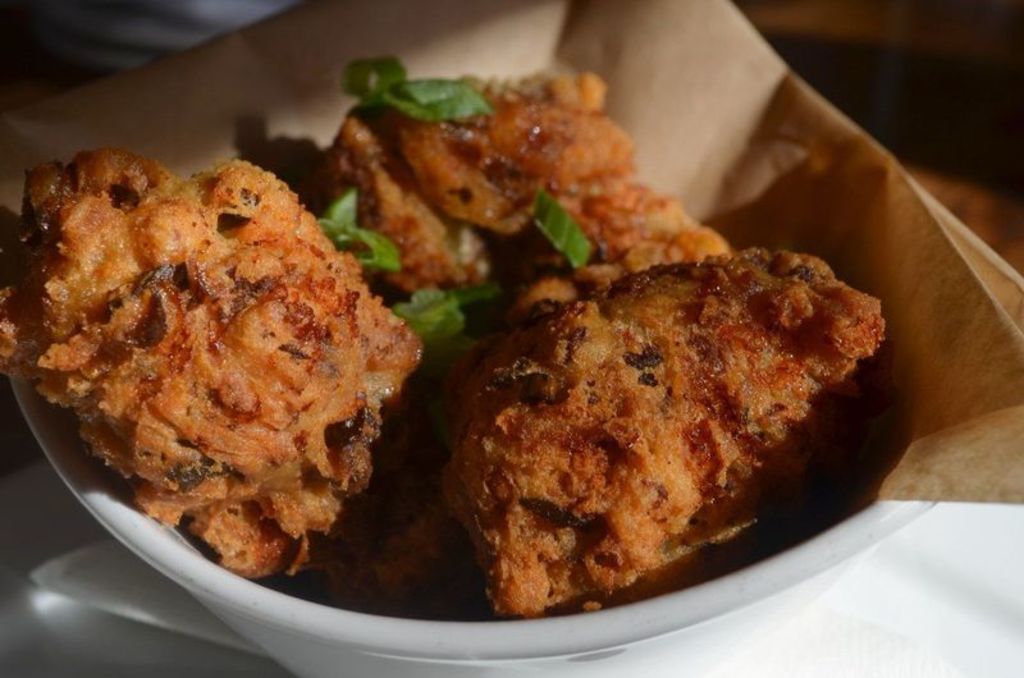 To me, the Classic Clam Chowder ($7) was the only selection from the menu that felt lackluster. All the right pieces were there, and it wasn’t bad by any means – it was just a bit busy, too chunky. However, there’s something to be said for the general success of seafood-based concepts in landlocked Colorado so, perhaps, as a Massachusetts native, I’m just jadedly of the mind that you can’t get a great cup of chowder anywhere outside of New England.

Though, overall, I must tip my hat to Nagle for his undeniable prowess, frankness and his clear desire to satisfy the crazy cravings of the honest brunch-goer: to go big, or go home.

All Photography by Lindsey Bartlett