Approximately every month local baristas gather for a latte art competition that Denver coffee professionals call the “Thursday Night Throwdown.” For December, the gathering happened at adored Crema Coffee on 28th and Larimer in Denver–the spirited competition also coincided with Crema’s fifth birthday. It was a night of celebration, community building and skillful latte art creations. 303 Magazine was there to give you the scoop on the underground culture that fuels our coffee culture. Read on to learn more about who was there, how it was judged and even get a glimpse of Denver’s most beautiful latte. 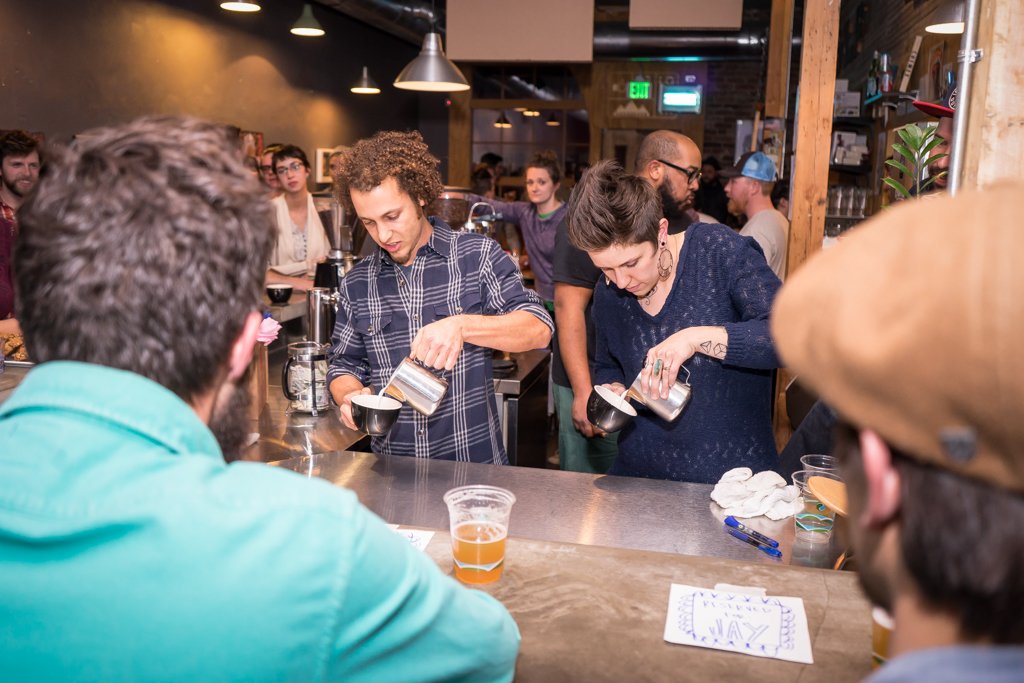 The intimate space was at times shoulder-to-shoulder, filled with smiling supporters, chatty coffee lovers and coffee industry types watching, networking and cheering. 30 competitors from across the Front Range participated including those from Boxcar Coffee roasters, Corvus, Huckleberry Roasters and more. The three judges were all from the coffee industry. As the competitors were narrowed down, the DJ cranked out chill electronic beats and Five Points Pizza boxes were passed around to hungry event-goers. Crema also provided delicious house baked cookies.  Snapshots of the finished latte art were taken and happy bystanders consumed them.

How it Was Judged 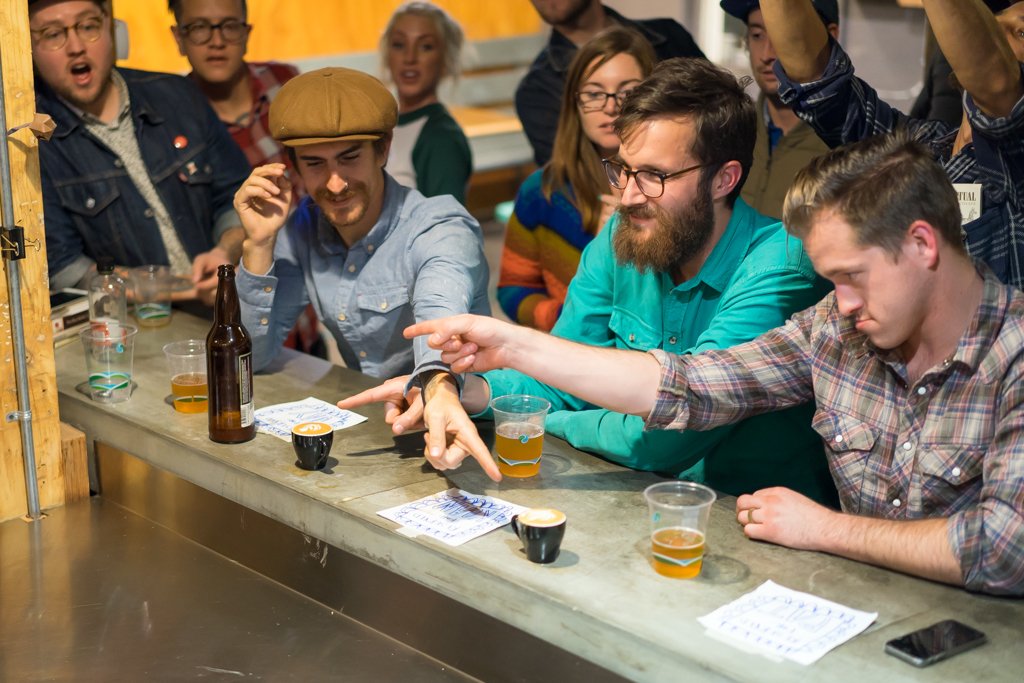 The three judges choose a winner.

Pairs of competitors faced off in several rounds by drawing cards from a deck that determined what design the pair would create. Patterns ranged from hearts, rosettas and even a wild card option was available.  At times they were thrown a curveball, for example, by having to pour the milk behind their back into the cup. They were assessed purely by visual components such as symmetry, accents and accuracy.  Also at times the vessel varied, so cup size was also a factor. After careful steaming and pouring the milk into the espresso, the three judges pointed to their favorite creation. Winner with the majority vote moved onto the next round. 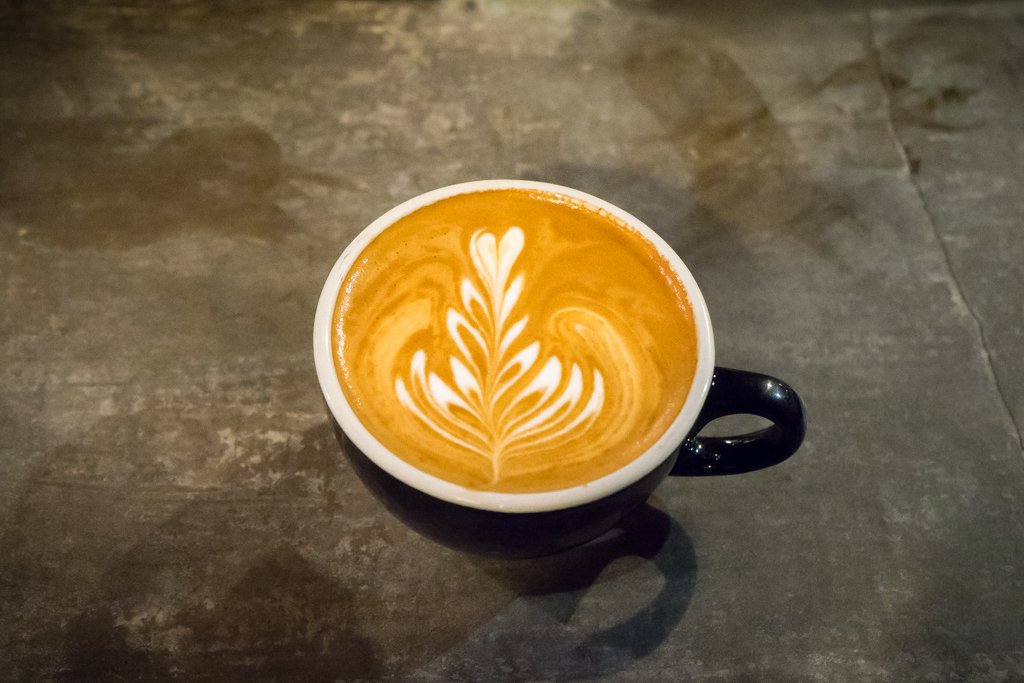 The winning latte, aka Denver’s Most Beautiful Latte (until the next TNT).

After a two to one vote, the MC announced the 1st place winner was Charles Lambert from Boxcar Coffee. He was given full bragging rights, a cash prize and a shared stash of goodies such as hats, T-shirts and American Wild Ale for 2nd, 3rd and 4th place winners.  Overall it was a successful night of coffee community bonding, Crema-style celebrating and growing latte art enthusiasm.

All photography by Roman Tafoya. Go here to view the full gallery from the event.