Guardians of the Galaxy REVIEW

When you hear “Marvel”, what do you think of? The average American family, teenagers having teenager-y problems and parents just trying to figure out how to be parents? Or, do you think of aliens, super-powers and potentially universe threatening disasters? Well, hopefully the latter came to mind, because this week, from the studios that brought us The Amazing Spider-Man 2 and X-Men: Days of Future Past, there comes a whole new mob of alien misfits whose goal is none other than to save the planet… well, a planet. So, 303 Magazine Film + TV staff attended this week’s Denver premier to let readers in on what to expect from this latest Marvel venture. 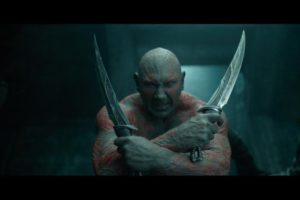 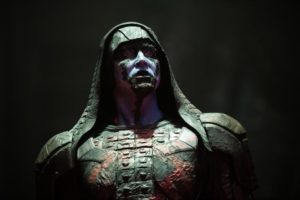 Guardians of the Galaxy is directed and mainly written by none other than James Gunn, also known for his work on Movie 43, Dawn of the Dead and Scooby-Doo.  Gunn’s flare for  dramatic mystery intertwined with comedy persists within this latest space adventure. Here’s the low-down: Peter Quill (Chris Pratt) is abducted by aliens when he is a young boy right after his mother dies. The movie ellipses to when Peter is older and has become a thief who is sent on an assignment to steal an orb which unknowingly is being sought after by the villainous tyrant, Ronan (Lee Pace). In the midst of being chased down by several different parties, due to his possession of the orb along with his criminal status, he unwillingly attracts some unexpected allies who team-up despite their differences and fight to keep the galaxy safe from the mysterious powers of the coveted orb. Those unexpected allies are made up of an array of unexpected actors such as Vin Diesel, who plays the voice of the lovable, tree-like body-guard, Groot, Zoe Saldana who plays the green, ultra-assassin Gamora, Bradley Cooper who does the voice of the feisty raccoon, Rocket, and last but not least, Dave Bautista who plays the beefy and vengeful, Drax. 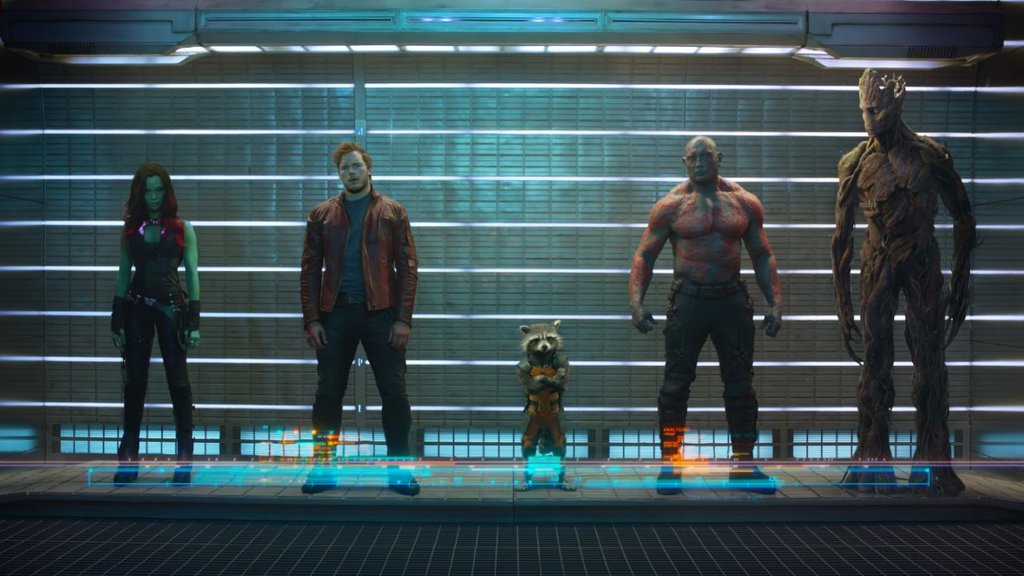 The Guardians of the Galaxy 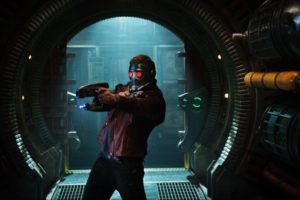 Many things made this particular super-hero film special. Part of it was that the cast was made-up of big name actors who play small roles such as: Benicio Del Toro, John C. Reilly, Djimon Hounsou and Glenn Close. In this way the film put deep thought into every role, not just the main ones. Not to mention the fact that if you watch Guardians of the Galaxy without any knowledge of who the cast is, you would never know that it features A-list actors such as Bradley Cooper and Vin DieseI — they really transformed their voices for the film, taking the whole “look at me” notion and throwing it out of the spaceship window. I also enjoyed the fact that this movie did not play on the looks of their stars — they didn’t try to bring attention to their characters through how hot or cute they are, they let the charisma of their actors speak for themselves. The cast as a whole had an amazing, quirky and comedic chemistry that rang clearly for the audiences to enjoy. The best part of the film, I have to say, was how it didn’t take itself too seriously. It takes the normal, nail-biting, intense drama that we expect to see and turns it around to be something that makes you laugh until you cry. I wasn’t anticipating such a comedy, but needless to say, I was pleasantly surprised. It wasn’t just an intense drama with the occasional comedic relief, it blended the two perfectly together into just a flat-out entertaining film. All the while these adventures move to the rhythm of a retro-pop soundtrack that will have you grooving in your seat while waiting to see what happens next. 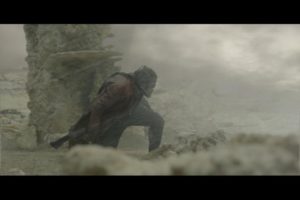 Still of Guardians of the Galaxy

Finally, the pleasantly unexpected comedy and charismatic chemistry is paired with a setting that you will definitely see coming. In a land far, far away Star Wars and Star Trek met up and had a baby, and it grew up to be the worlds within Guardians of the Galaxy. Fans can see influences of both within the set design, mixed within its landscape and city-scape, so even when you are out-of-this-world you are still within familiar territory.

Despite its PG-13 rating, this is definitely a family-friendly film, in a way that every one in the family will find something they enjoy in it. Even the stars of this movie can’t help but boast about it, so check it out and see for yourself. Lastly, although there wasn’t a sting at the end of the premier, much to the disappointment of the crowded audience, sources tell me that there is one at the end of the film in regular theater showings, so KEEP AN EYE OUT! The film opens August 1st, but if you can’t wait until then, satisfy your cravings with this official trailer!