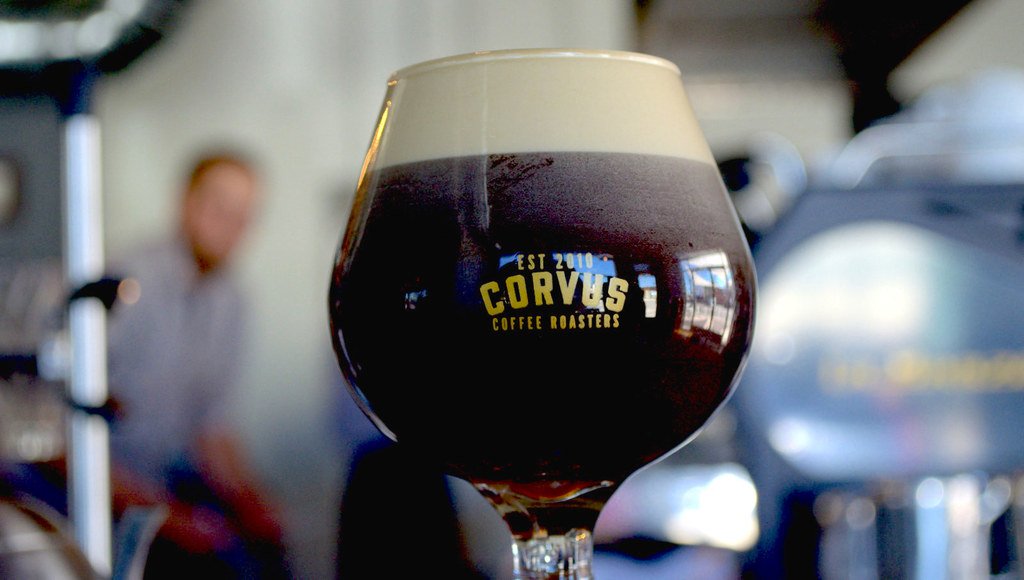 The Grind: Corvus Coffee and the Cold Brew Revolution 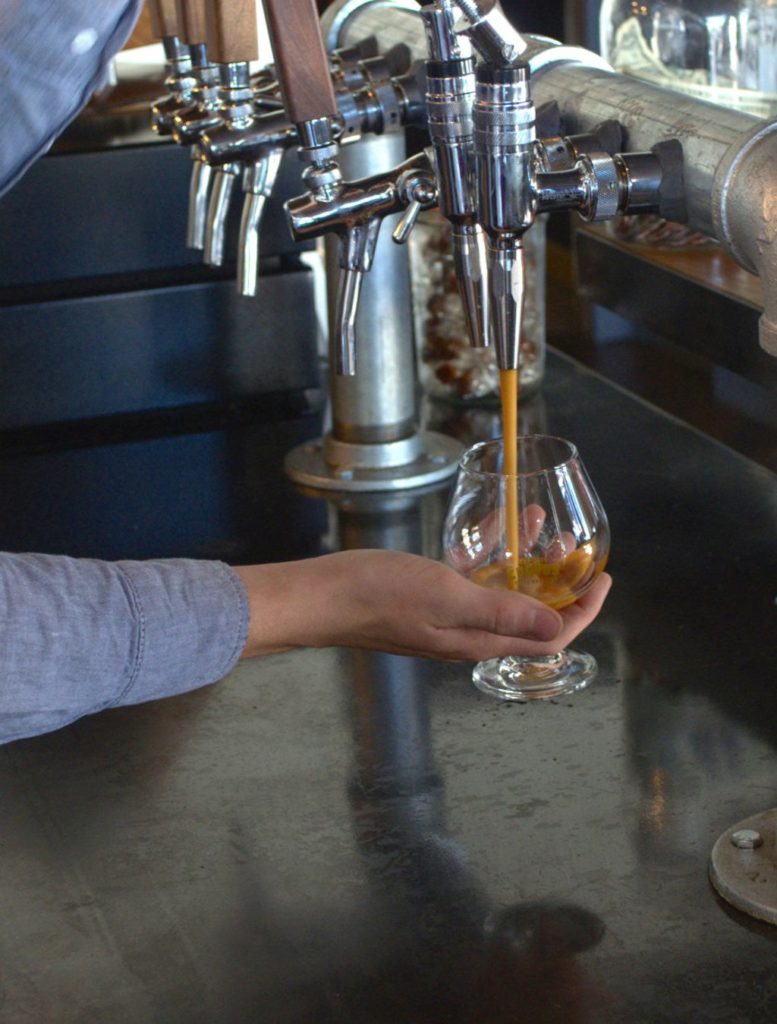 The Lowdown: Corvus Coffee recently debuted a brand new tap system that delivers an array of cold crafted concoctions such as nitro infused single origin coffee, hopped cold brew coffee, Kombucha, Cascara raw tea and more. Also owner Phillip Goodlaxson gives us the details on his plans for a second location that will focus on a full fledge beverage program.

Less than a year ago, Corvus Coffee opened its doors to a new, larger location on South Broadway. Now, with the dust barely settled, the Corvus team has already kicked it up a notch. Recently, the self proclaimed “small roasting company” debuted a tap system that collides the world of craft beer with that of craft coffee. The design, mirrored off a keg system at any typical bar, not only dispenses a cold brew in the fashion of beer, but actually infuses it with nitrogen. The result? A cold brew similar to a stout, with a rich, creamy layer of foam that melts on contact. Corvus even takes the beer similarities to the next level with a cold brew option that has hops added to it for an increased layer of depth and complexity. You’d easily think it was the best beer you’d ever tasted, except without the alcohol– and owner Phillip Goodlaxson doesn’t mind the comparison:

“The hopped cold brew is a great marriage between coffee and beer; which is great because most of those people appreciate both if they appreciate one.” Goodlaxson explained.

This appears to be true because the cold brew hopped coffee is popular enough that it is being bottled and sold at local Whole Foods stores. They even “started taking wholesale accounts with offices, restaurants, and coffee bars for Kegs of Cold brew products and bottles with a branded fridge.” It seems that they have a potential phenomenon on hand, but even with this success, Corvus hasn’t just stopped with cold brew coffee…. 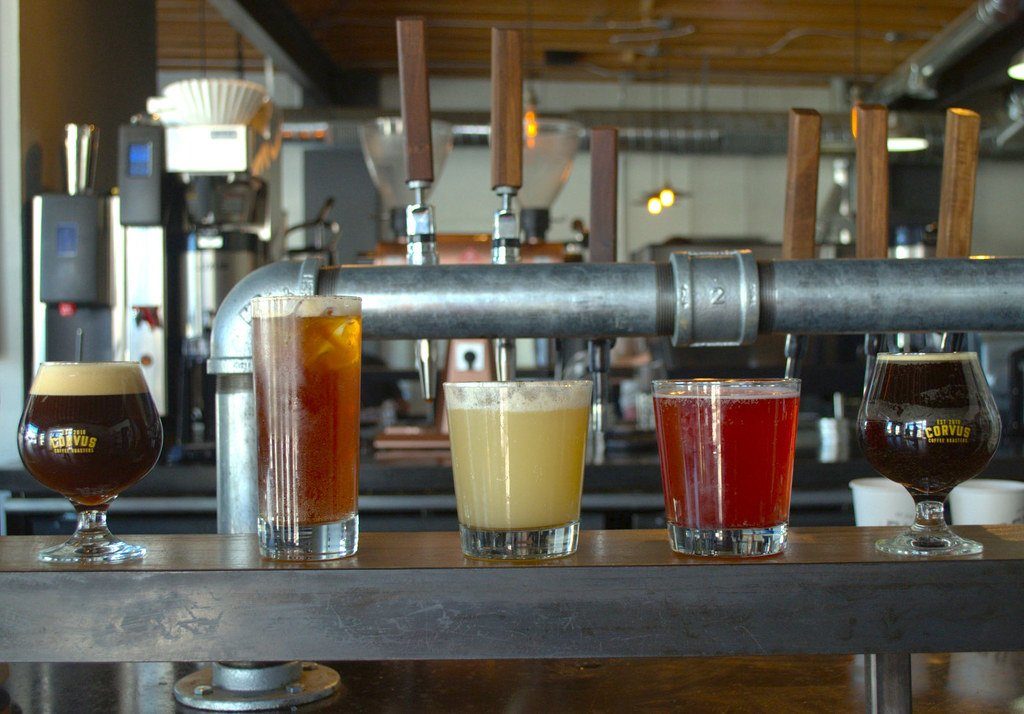 For all you tea lovers out there, Corvus has you covered. Their new tap system also offers Kombucha from Happy Leaf as well as an exciting, relatively unknown tea called Cascara. This raw tea is made from the dried cherries of coffee beans and it is actually a 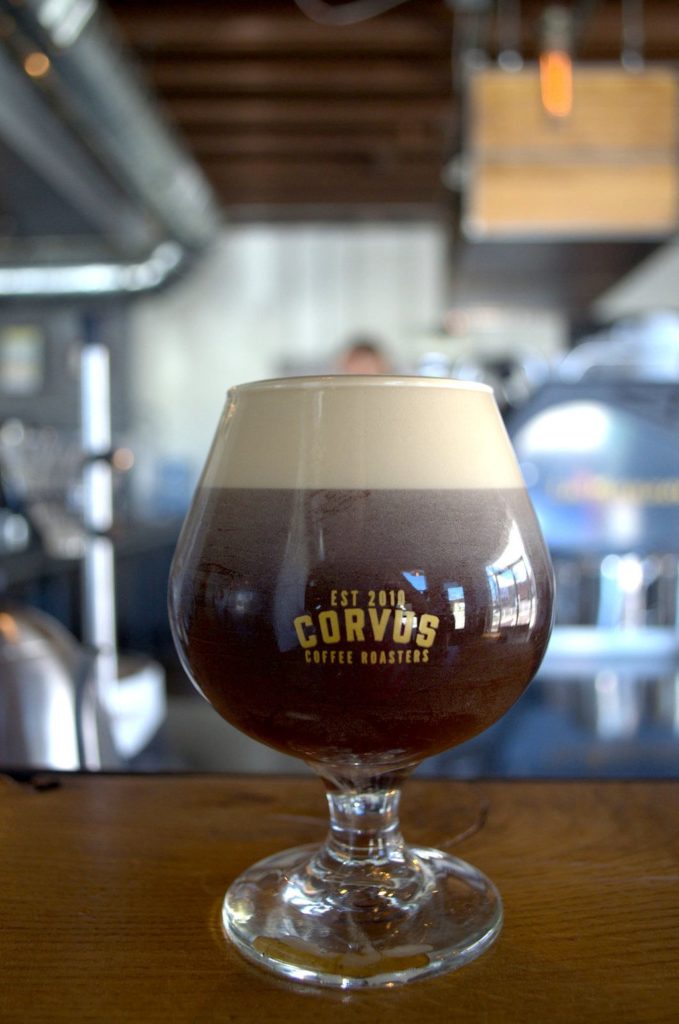 by-product of the coffee harvest. Typically these cherries are discarded but Corvus has teamed up with Las Delicias Farms in El Salvador to purchase their unused cherries. Goodlaxson explained that  this is “exciting because it is providing an additional revenue stream to farmers without any additional operations or investment needs on their part.” This effort is only an added benefit to their already strict ethical practices.

The tea itself has a unique strong flavor with a bit of bitterness that all coffee drinkers know well. So if you’re looking to kick your coffee habit (god help you), then start with Cascara for an easier transition. But for all of us who are still willing to hold onto our addictions Corvus has yet another trick up its sleeve.

Goodlaxson revealed that they are currently looking for a second location in the Highlands that will focus mainly on this marriage between craft coffee, craft spirits and beer. But unlike your typical coffee shop, this location will have a full fledge beverage program similar to that of many bars and restaurants in town. The actual menu is still under-wraps but you can believe that Goodlaxson and his team will draw plenty inspiration from the craft industry.  “There’s a definite advantage from learning from the beer, wine and cocktail industry. They have figured out problems we are still having.” Goodlaxson explained. One insight to a possible program, is their espresso infusions that combine unique ingredients with a shot of espresso and cream. The current expression they offer is infused with basil. It was incredibly light and herbal in a way that one would never expect from a shot of espresso. This alone makes for a promising future. Add a possibility for booze to be thrown into the mix and you’ve got some serious trouble on your hands. We will keep you updated as the project develops. Until then head over to Corvus and have yourself a pull from the tap. You’ll be an addict in no time.