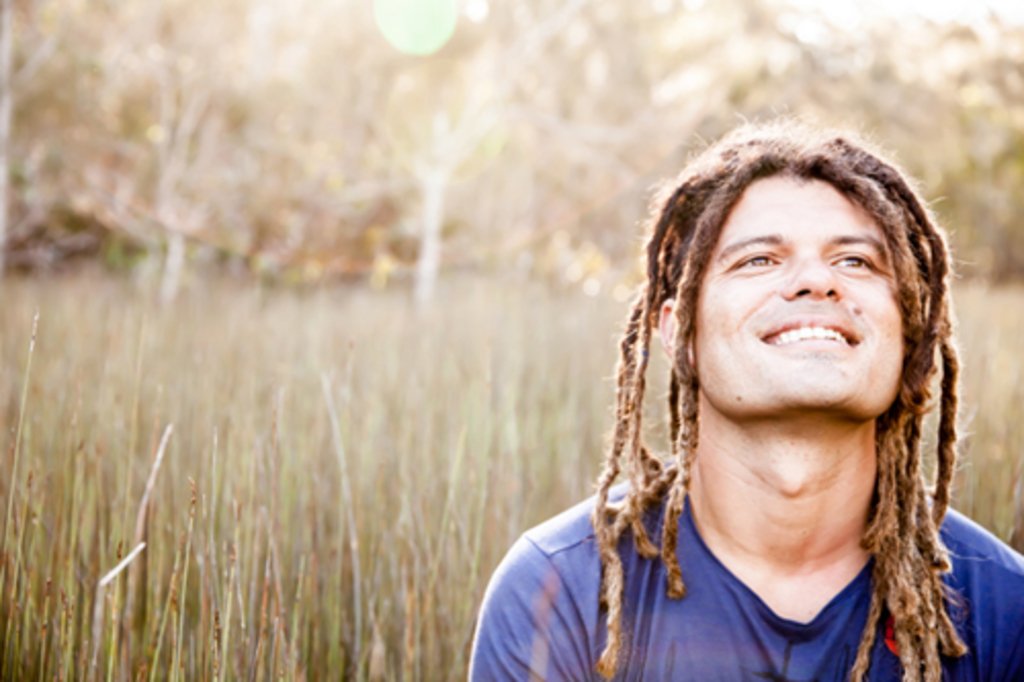 With ten albums under his belt and a stack of Australia’s prestigious ARIA awards, it would be an injustice to say that Ash Grunwald hasn’t garnered a plethora of success in his career, yet the dread-headed blues artist has remained relatively unknown on American shores.

But with his first American tour supporting long-time friend and fellow Aussie Xavier Rudd, Grunwald is finally set to carve out a niche for himself in the American music scene. With heavy riffs, a throaty voice and deeply American-blues influenced sound, crowds across the United States will surely embrace Grunwald.

This Sunday, June 15, at the Ogden Theater, Grunwald and Xavier Rudd will be playing a 16+ show. Doors open at 8 p.m. and tickets cost about $25.

303 Magazine’s Music Desk called up Grunwald to chat about his first tour in America, social consciousness, and blues music.

303: Is this your first trip through America?

Ash Grunwald: This is my first proper tour, for sure.

I had some visa issues so I had to miss the actual first show, so I just did Austin and Santa Fe. 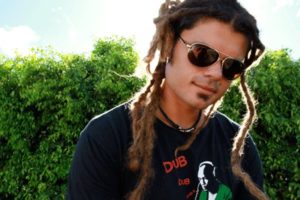 303: Are there any particular things you have in mind to experience while you’re in the States?

I’m wanting to soak it all in and experience gigging here so I can come back. It is all very interesting for me, even the ye olde rock’n’roll tour bus thing, like doing a gig then just going to sleep and waking up in some crazy different area. Yesterday we were in the desert and it was like we were in a Western movie, and now I’m staring at a snow-capped mountain as we speak.

303: Your music is very blues and roots inspired. What are some of the artists that have been most influential on your sound?

That’s a tough one. Blues for sure, and I love Howlin’ Wolf – I do one of his songs every night that I play. I really love Tom Waits, and obviously Jimi Hendrix. Sunhouse too. And then there are some non-blues influences that end up in there, just general things I heard growing up like Rage Against the Machine and heavier music.

Obviously the whole Australian roots sound of my contemporaries is also a big influence, like Xavier, John Butler and all that kind of thing. It was a movement that came through Australia that probably started like a decade ago and it was a really great thing to get swept up in. It is a particular kind of sound and I guess I am the blues side of that coin.

303: Many blues artists have a history of political commentary. With your last album in 2012, Trouble’s Door, it was a commentary on what was going on in Australia at the time. What do you think is the role of musicians when it comes to adding to public and social awareness?

I don’t think musicians have to do it, but I think it is amazing when musicians do. We can tend to be a bit selfish and not bother with that kind of commentary, but I personally think it is really important. There is a funny self-consciousness that can creep in, where you don’t feel like as an artist you should voice anything or that people wouldn’t want to hear it. But I think that artists should speak their mind. I don’t think that we hear enough alternative viewpoints, so I think it can put some wind in people’s sails to know they are not alone thinking these things.

It is now more important than ever that we do band together because, like, I was talking to some people last night at our gig who seem to feel the same way about America as I do about Australia, which is that it doesn’t feel like a democracy anymore, it feels like a corporate-ocracy. The governments doesn’t care about us, they care about defending the right to trade. It is just all about commerce, which definitely plays a role in life, but they just don’t seem to care about the citizens anymore. So I think that yeah, speaking out about those kind of things is very important.

Coming to the U.S. is something that is really important to me. It is a big territory and I really respect it, so I wanted to put something out here that is an overview of my career. There are a lot of different things I have done, how I have experimented with my sound over the years and such, so I wanted to give an overview of it all. I really want to build something here and come back. Who knows, down the track I might even record something here.

Plus doing an overview has been a really good thing for me to look at my career in that way. I’ve sort of been celebrating what I have done thus far. I’ve done ten albums so far, so it is interesting to look back.

303: Now you are here with Xavier Rudd, how did you guys meet and become close personally and professionally?

Well we have known each other for a very long time, well over a decade. I think we did one show together with the Black Keys five or six years ago, but that was more like a mini-festival. Generally the last time I actually played a show with him was over ten years ago when we were playing really small rooms in Australia. From then we have stayed in contact and been really good friends for a long time.

More recently I was talking to him on the phone years ago and he was looking for somewhere to live and I told him to check out the area where I live, and he ended up doing it. So we’ve been hanging out quite intentionally for the last couple of years. We just have a ball and we are quite close so it has been cool. I really respect him as a musician and it was really good of him to get me on this tour.

303: That area you told him to check out was the Byron Bay area, correct? What is the community like in that area, and does it have an impact on the sound you end up making?

There is a hell of a lot of musicians flocking to that area day by day. It is a pretty conscious area. You can kind of live an idyllic life where you can grow a lot of your own veggies, and we have chickens in the back yard and are surrounded by the bush. You’re just out on the beach surfing every day and you live a really natural existence. We just live a sort of natural way and that does influence my songwriting.

We actually just had a win against fracking in that area, because they were trying to do it but we defeated the gas company for the second time. Which is really really amazing because you really just start to want to give up after awhile. It is so fantastic that we defeated them, and I just think that that area really banded together and demonstrated that they didn’t want that beautiful country side to be decimated and poisoned. So that is very influential because I already have written a lot of songs about fracking and I am going to write more about that general situation and a lot of that influence does come from living in that area and it might not have came out if I was living somewhere else.

303: Do you have any pre-show ritual or anything you do to prepare for a show?

I would just be sitting there fiddling on my guitar really, having a beer thinking about the gig. I don’t have too many pre-show rituals but I don’t generally have people around me too much before either. I like to kind of be alone before the show and if I have someone around me making small talk I really notice it because, I don’t realize it, but I am quite expectant and I am quite self-consciously switched onto the show. I don’t like, do much yoga or push ups or anything, I just kind of get ready to go out there and play my instruments.