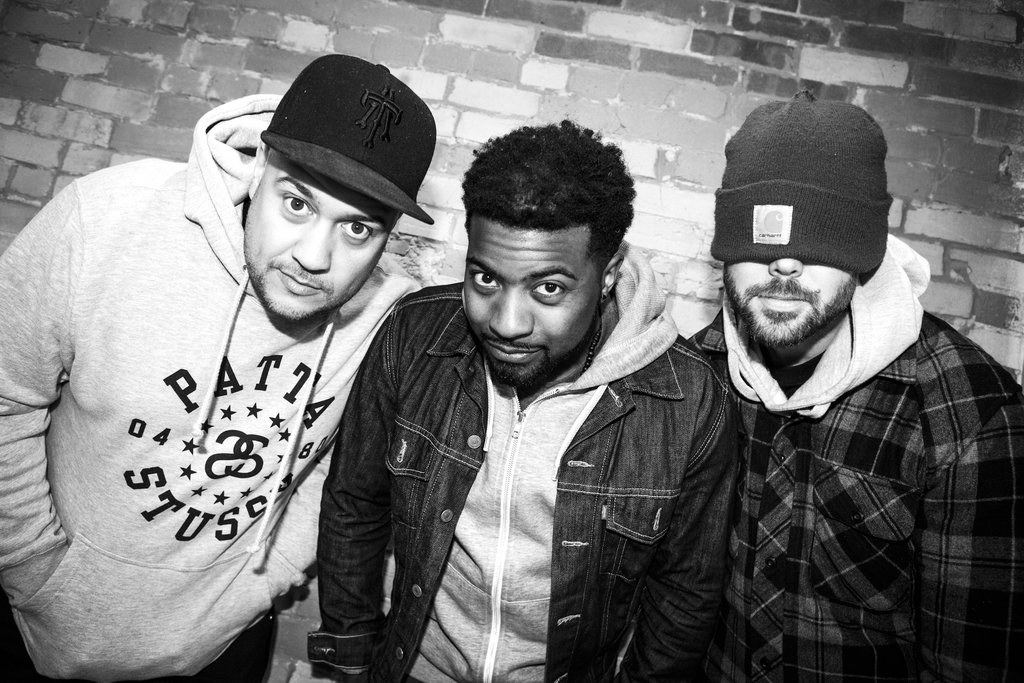 Keys N Krates, an ultra dynamic electronic music trio, has unleashed their summer tour on North America and Europe. During the twenty-one stop tour, the three friends will be making their third stop in Denver tonight June 12, 2014 at Club Vinyl. Keys N Krates is a complete fusion of all flavors of music, consisting of drums, turntables, keyboards and synthesizers. The band seamlessly blends bass music with more classic house music, hip-hop, glitch and trap. With such an enormous variety of genres along the spectrum to work with, Keys N Krates has no limit to the samples they can draw from.

Keys N Krates’ completely live sets are an incredible experience to witness, as the flexibility of live sampling and transitioning allows for an endless multitude of amazing combinations. As a trio, Keys N Krates place extreme value on their live performances as a part of their identity, and their fantastic, wild and party-oriented style has earned them a lot of fame since their inception in 2008. Keys N Krates have performed all over North America in the last seven years, making stops in every major city and displaying their amazing talents for small club crowds to massive festival audiences.

Keys N Krates is a great group with many collaborations throughout the different areas of music. You will never hear the same set twice with Keys N Krates, making them one of the most diverse live performing artists out there. Do not miss seeing Keys N Krates perform at Club Vinyl in Denver tonight, June 12, 2014. The show will begin at 9 PM and tickets are between $15 and $25. For more information about Keys N Krates, visit their Facebook or their website at www.keysnkrates.com.