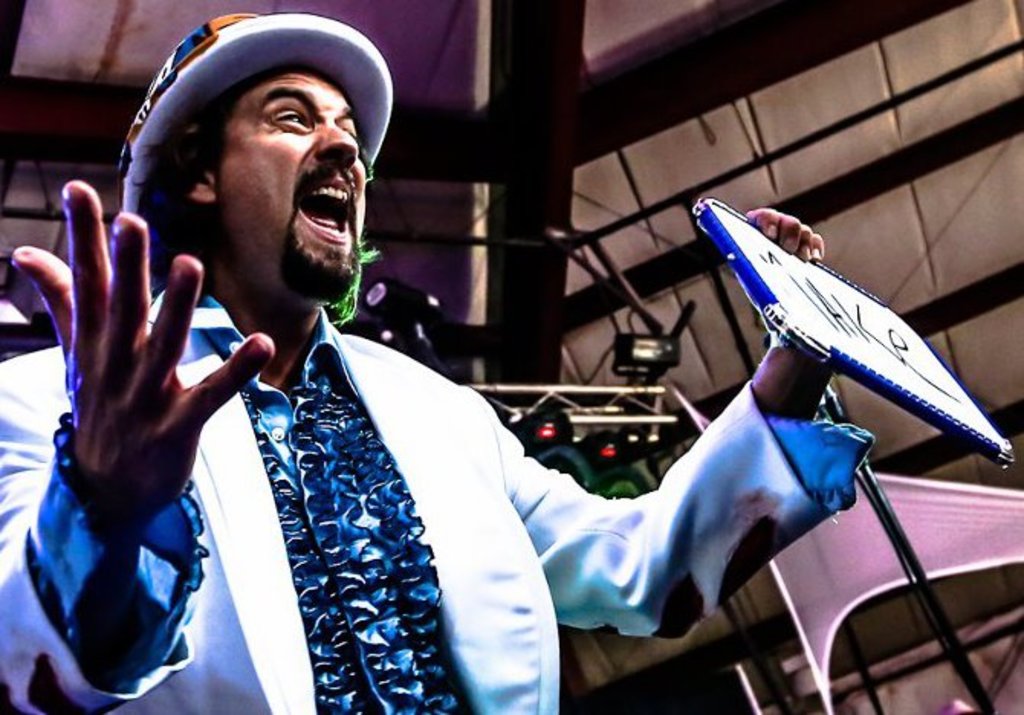 Cervantes’ is, perhaps, the Mile High City’s most tried and true, best and most reliable source of the late-night after party.

The LOHI Festival went strong all afternoon last Saturday, kicking off with Genetics into Tiger Party, then The Heavy Pets. The rain didn’t stop happy party people from milling about the blocked off streets outside of Highland Tap & Burger, guzzling yummy craft beers and bouncing back and forth between the main stage and the little side stage. Neighborhood folks flocked to the rooftops to check out Pimps of Joytime, Joey Porter’s Vital Organ, Chrome Drones, and moe. Smiling festival attendees were adorned in their favorite disco wear and were seen sporting afros and bell bottoms, generously passing around loaded pipes and dancing their hearts out.

But the party didn’t stop there.

Cervantes‘ hosted the official LOHI After Party, featuring the LOHI All-Stars playing together under the banner of the Everyone Orchestra, led by Matt Butler. If you’ve never had the pleasure of seeing the Everyone Orchestra, it is a rotating cast of talented musicians from all spectrums, all genres, all bands. It is a massive collaboration project that demonstrates the fine art of explosive improvisational jamming.

Matt Butler, in his fancy fluorescent tailcoat and matching top hat, stars as the enthused conductor, scrawling on his dry erase board (which mostly reminded me of a Jeopardy answer screen… “What is ‘the funk’ Alex?“) directions for the band members to follow, occasionally flashing them to the crowd. Everything from “soft & intense” to “funk-A” are the vague suggestions that Matt provides the artists with, watching which direction they choose to take the music on from there. Butler wildly gesticulates and passionately dances along with the band, singing along at times. The whole experience is a wild musical journey- and this one in particular took us on a funky and psychedelic ride.

At Cervantes’ on Saturday night, the Everyone Orchestra was comprised of members of the Motet (minus a few key characters), Al Schnier and Vinnie Amico (moe.), Mike Greenfield (Lotus), Blake Mobley (Tiger Party), and a few more special guests. Meanwhile, Pimps of Joytime and the Heavy Pets were rocking all night on the Other Side.

Learn more about the Everyone Orchestra and how it perfectly blends the elements of surprise, creativity, and improvisation: