Daniel Chavez may be the busiest artist in Denver. With perfectionist attention to detail, sensual portraiture, and unbelievable talent, Daniel Chavez murals dominates in the Denver art scene. You can find Chavez’s work spanning modes from tattoos, to custom furniture lines, to beloved sanctioned murals, youth/school murals, clothing lines, First Fridays, and in local galleries. Chavez began decorating our city streets nearly six years ago and has conquered many walls in such a short amount of time. Chavez is no stranger to Concrete Canvas and has been featured in past articles like Denver Chalk Art Festival, or our recap from Snowball with a stunning, surreal, and high-movement piece. While I can speak as a testament to his talent, his work speaks for themselves. 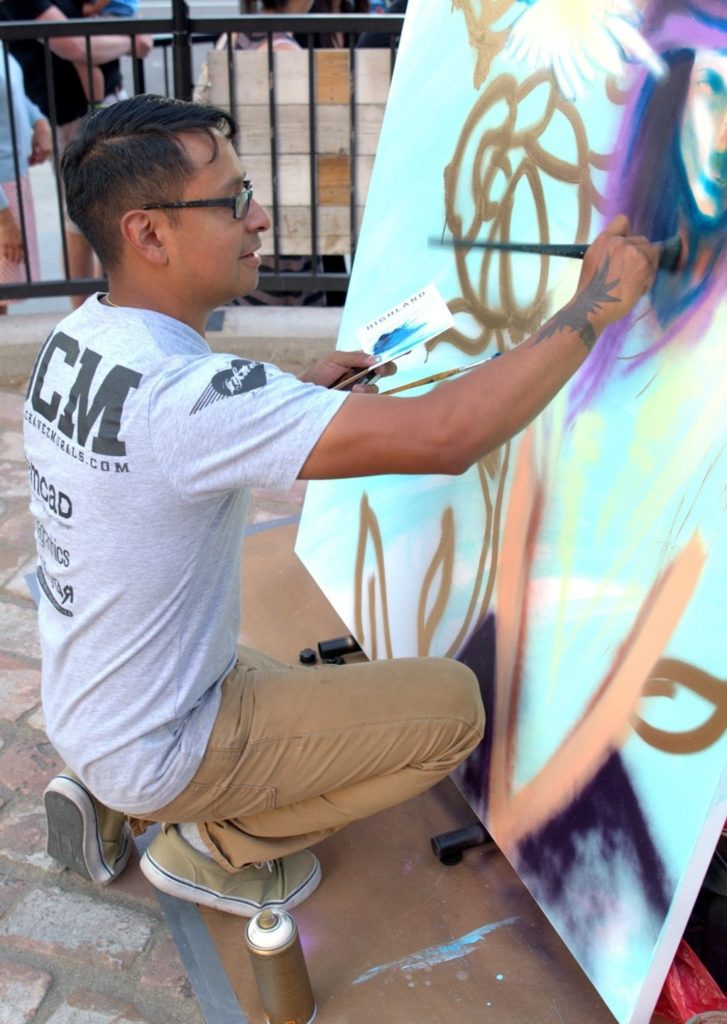 303 Magazine has also celebrated the Daniel Chavez touches on the “Denver Queen City of the Plains Lift High” mural under the I-25 and Park Avenue underpass. This collaboration celebrates the Irish, Jewish, Native American, Hispanic, and new “out of towner” population that make up the Highlands, Sunnyside, and North Denver areas. Daniel Chavez is part of the huge collaboration with Brenda Cleary, as well as with HUNI president and CU historian Rebecca Hunt, to finish this amazing spot. It has evolved over the past year into a meaningful, cultural, and literary mural. Chavez’s own personal touches on the mural will be the beautiful women, portraits, and one male character on the right side of the underpass’s North facing wall. His details draw the passerby into this amazing piece, one that has been worth the wait.

Chavez even came out and live painted in Olinger Plaza for the first ever Highland First Friday Art Walk/ Paseo del Arte on June 6th! Chavez and local artist Jaime Molina lead up the amazing First Friday in the Lower Highlands area, along with Vanessa Barcus, owner of Goldyn Boutique. The HUNI-sanctioned event drew crowds of families, art lovers, Little Man Ice Cream lovers, and visceral enthusiasts of all shapes and sizes. Chavez and Jaime Molina are true professionals of their craft. This event also introduced “Bike-in Movie Nights,” in the Lower Highlands with a showing of Frozen, along with an amazing live poetry slam by Bobby Lefebre, and over 25 Lower Highland participating businesses. 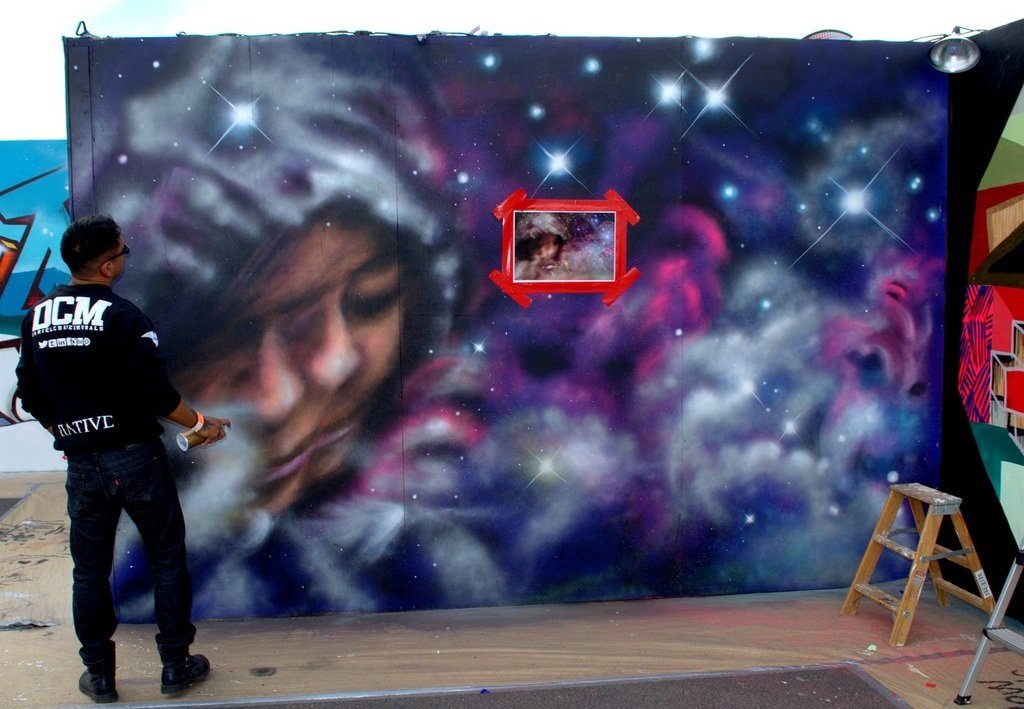 Daniel Chavez at Snowball 2014, all photography by Lindsey Bartlett.

There is no limit to what this Denver artist can do. Because Daniel Chavez is quite literally one of the busiest artists I’ve ever met, here is a quick list of future Chavez projects on the horizon in Denver.

Chavez and Molina live painting at First Friday in the Highlands.

Daniel Chavez at First Friday in the Highlands.

Jaime Molina live painting at First Friday in the Highlands.

First Friday in the Highlands outside of Olinger Plaza 6/6.