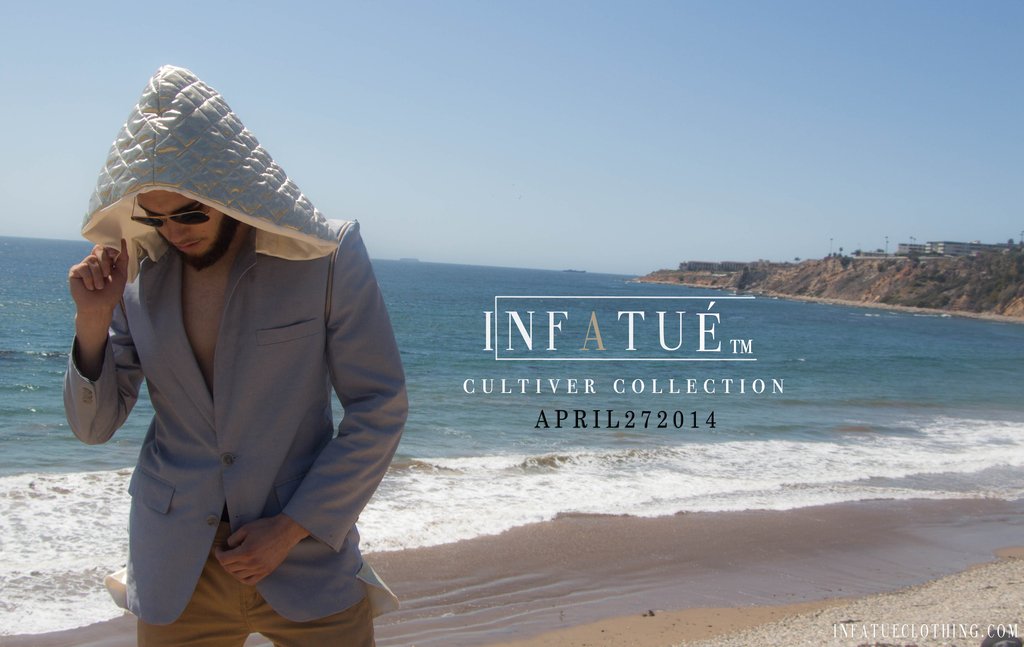 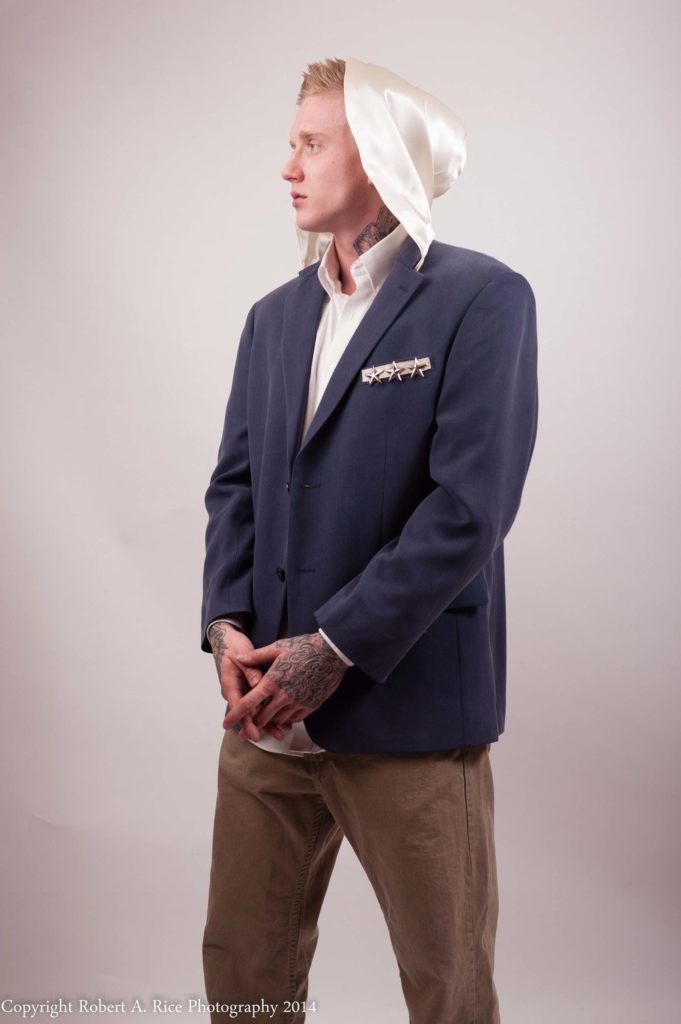 All photos courtesy of Infatue

As CEO and founder of the upscale urban brand Infatue, Samantha Aragon has taken on many roles. She’s a designer, a seamstress, a stylist, a photographer and a publicist. But above all, she’s a dreamer.

With six collections under her belt, this 22-year-old Colorado native has come a long way in the pursuit of her goals. Though she recalls receiving discouragement from her friends, family and teachers, Aragon — aka Lil Fresh Sam — says she has never fully abandoned her childhood aspirations of becoming a fashion designer.

“It was hard for me because no one really supported my fashion idea,” she says. “My parents told me I was crazy, that the industry is impossible to get into, things like that. So with everyone telling me how hard it was going to be, I started to think that maybe I couldn’t do it.”

Feeling the pressure following her high school graduation, Aragon made the decision to attend college and study art and business. But after only one semester, she realized her heart wasn’t in it. She wanted to be a fashion designer and quickly decided she would stop at nothing to make it happen.

“I was at a point where I didn’t care what other people thought. I dropped out of college and I started the company,” she says.

With little industry knowledge or experience, Aragon made a bold leap and trusted her instincts. In 2012, she launched first collection called DenDree, which primarily consisted of cut-and-sew basic T-shirts. Two years later she has evolved immensely: selling her products in boutiques across the country, putting on fashion shows in competitive markets and even gaining a celebrity clientele — Method Man, B.o.B. and Omar Bolden have all been photographed donning Infatue merchandise.

But her biggest accomplishment, she says, is being an inspiration to others.

“The world is such a negative place at times, and I remember being that kid who was told no, told I was stupid for going after what I loved,” Aragon says. “I love going to schools and outreach programs giving motivational speeches to kids. There are kids who have big dreams like I did, and I just want to make them know nothing is impossible.”

Last month, Aragon released Infatue’s first high-end line called the Cultiver Collection. Consisting of custom-made, standout hooded blazers, the line is intended for men and women who aren’t afraid to be noticed. Studs, feathers, metallic and faux fur accents are sprinkled throughout the collection, lending a unique twist to the classic blazer, which is exactly what Aragon wanted to accomplish.

“Everyone uses a blazer, whether they’re at the office or going out,” she says. “I wanted to take a blazer and turn it into something unordinary. Blazers aren’t too special; they’re usually simple and plain, so I wanted to make these blazers a little complex.”

Referred to as Infatue’s first high-end line, the Cultiver Collection is a milestone for the brand. The custom-made element and distinct details lend a refined quality to each piece that is unprecedented for the company, and Aragon says she intended the collection to be a reflection of the label’s current state.

“Cultiver is the French word for cultivate, which describes where Infatue is as a company; we’re really starting to cultivate the brand and style,” she says. “We are growing, getting better and stronger, and that’s exactly what this line displays. There has been so much improvement, but there’s definitely more I want to accomplish.”

As a self-proclaimed workaholic, Aragon is already planning her next two collections. One is a line of smart buttonups, which will continue the unique upscale, one-of-a-kind aesthetic. The other will be geared more toward urbanwear staples, consisting of T’s, crop tops and other classic summer pieces with a twist. Both lines will be released later this year.

As for her longterm goals, Aragon says she hopes to put Colorado on the map by opening a handful of countrywide storefronts that will exclusively sell Infatue designs. She also dreams of opening a nonprofit program that specializes in adolescent mentoring — providing teens the support and tools they need to chase their passions.

“The story behind Infatue is inspiring in itself,” Aragon says. “The whole world was against me in my decision of becoming a fashion designer, but I just looked passed all the negatives and just went for it. I want to help and inspire kids to go after their dreams. If I can do it, they can do it […] Everyone should do what they love.” 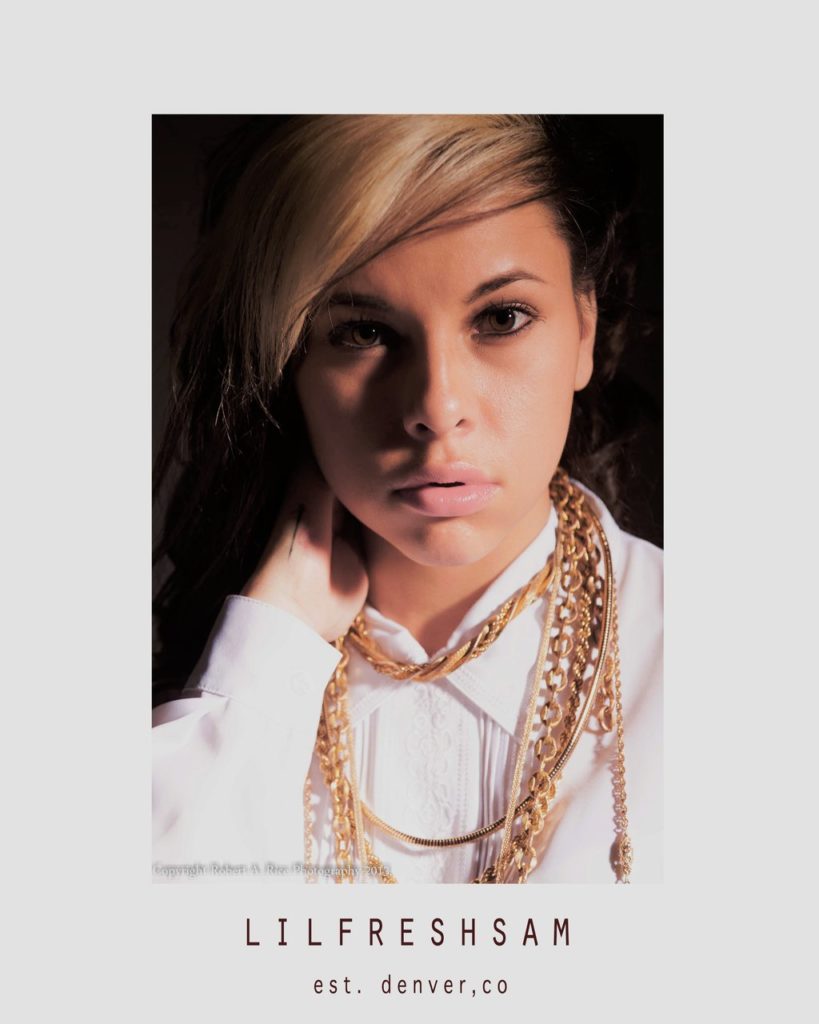 All photos courtesy of Infatue

Go to www.InfatueClothing.com to check out the Cultiver Collection.