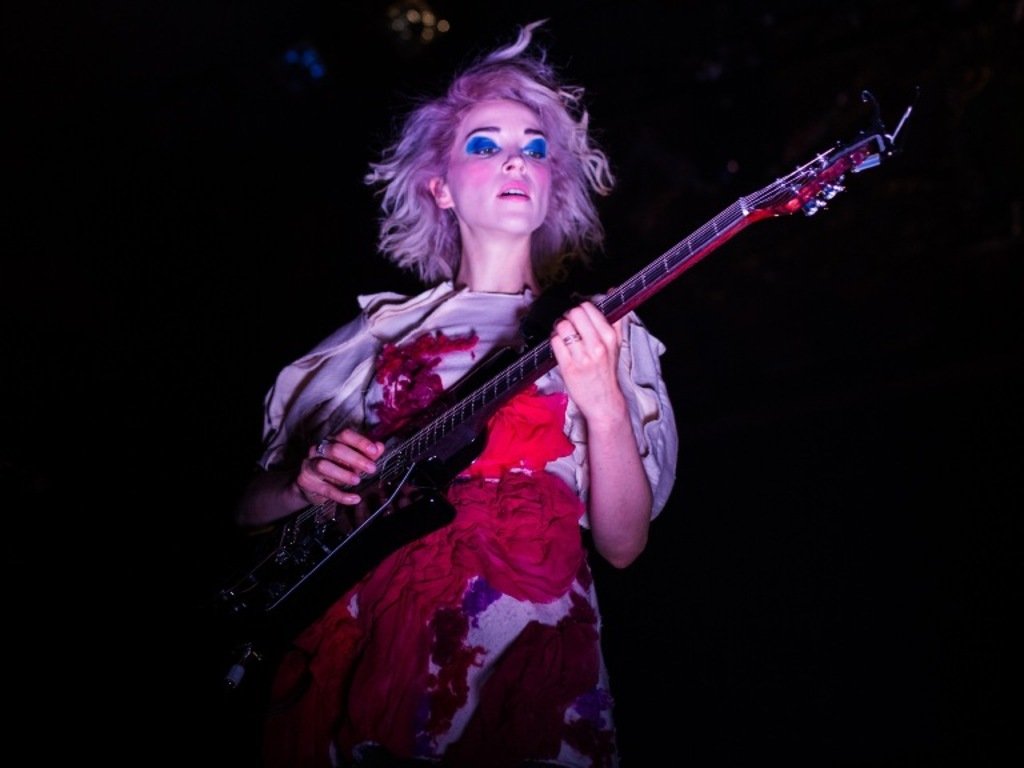 Perhaps it was a speech shared at every appearance on St. Vincent’s extensive tour, but her words were warm nonetheless: “I feel there’s a special connection between us,” she told the audience at the Ogden Theater Saturday night. “Once you tried to fly with garbage can lids as wings, and though you failed, there’s still hope.” 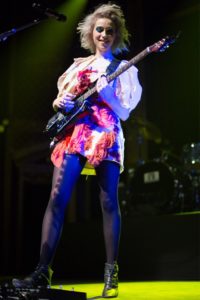 The lithe singer-songwriter then sprung into one of her heaviest cuts, the jarring “Birth in Reverse,” one of the several crowd pleasers she knocked out in the onset of her sold-out show. Stylish in a white and pink trilled gown and a mess of white hair, Annie Clark is a sight to behold on-stage, an immaculate performer who thrilled the crowd with her robotic dancing and charming anecdotes between tracks. She’s also adamant about audience members keeping their phones in their pockets during the performance, as signs and a robotic voice served as reminders right before the set began.

She played all of her hits and a few of the deeper cuts as well, including the sprightly yet lyrically dark “Laughing With A Mouth of Blood” off of 2009’s Actor. Her stage set-up was unique too, with a tall riser for her drummer and a set of pink risers between Clark and her keyboardist, the two locking heads during an extended bridge on “Digital Witness.” Clark laid out on the risers to sing “I Prefer Your Love,” a deeply personal track dedicated to her mother.

Credit her backing band for reproducing the production off her latest self-titled album, a triple feat of drums, synths and keyboardists who also play guitar and sing back-up. But Clark herself brought it all home, the type of performer whom one needs to see live to get the full experience.