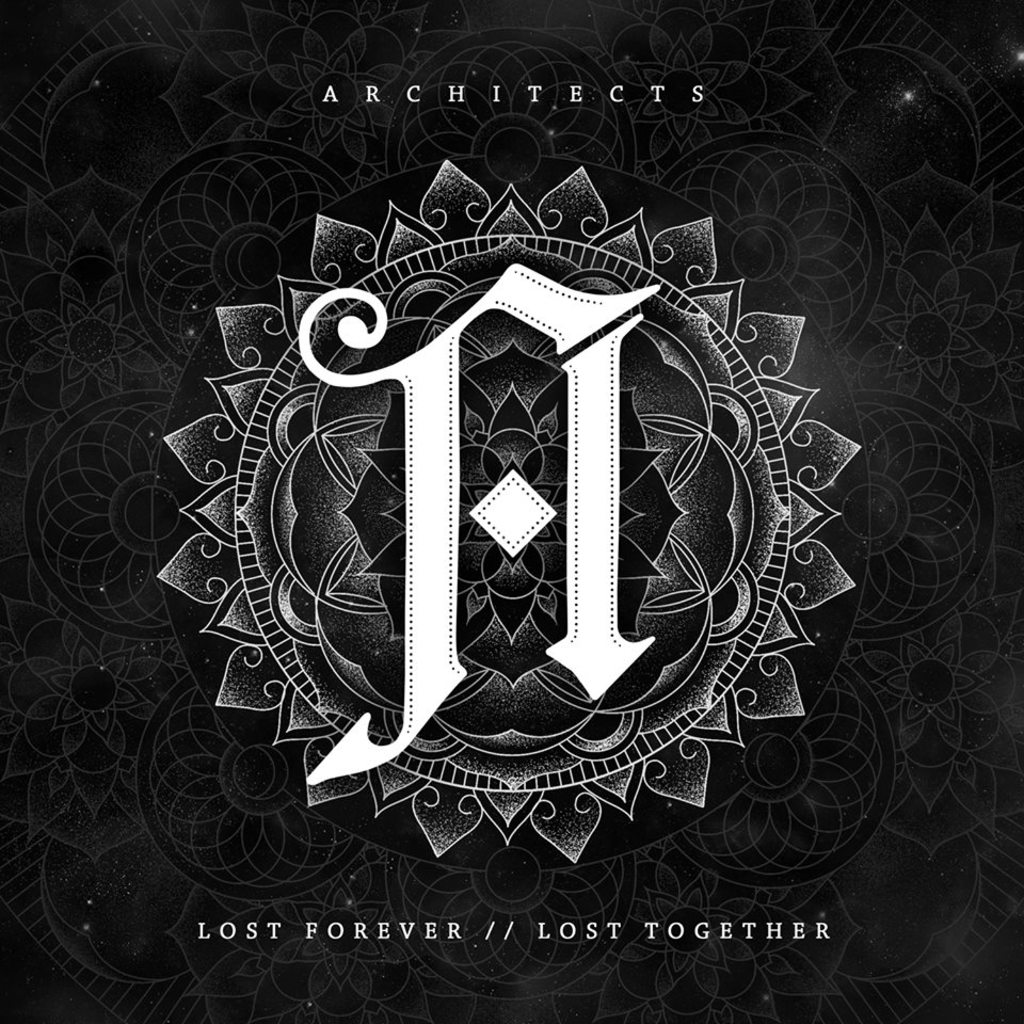 It’s hard to fathom that British hardcore giants Architects are in the midst of releasing their sixth full-length record — Lost Forever // Lost Together. It seems like just yesterday that Architects’ groundbreaking sophomore mammoth, Hollow Crown, was paving the way for British hardcore and British metal (and specifically in 2009, British technical/progressive metal).

As a band, they’ve been forced to endure (and withstand) many hardships since their 2007 debut, Ruin. Finding a silver lining in the U.S hardcore and metal markets was just one of them, after numerous U.S tour struggles saw the band’s approach and perception of America changing right before their very eyes. Architects, through pure motivation and persistence, were fortunate enough to finally make considerable headway in the U.S after their fifth album release in Daybreaker — a powerful, career-defining summer-long tour of duty on last year’s 2013 Vans Warped Tour being the pinnacle, thus far.

The new-found U.S success proved to be well worth the time-consuming, almost insurmountable challenge that they’d been faced with. Architects weathered the storm and have prevailed a stronger band since.

With their latest release (Lost Forever//Lost Together), Architects fire up their most heavy-hitting artillery yet: an album filled to the brim with deep-seated ire (lyrically), devastation (musically) and ethereal ambiance (emotionally). In terms of overall sound, Architects once again — similar to their last record Daybreaker — employ the musical juxtaposition of atmospheric, ambience-laced milieu with that in a counterpart bred from pummeling guitars and visceral screams. Daybreaker‘s unpredictable success has spawned what feels to be its direct sequel — Lost Forever // Lost Together. (But, as we know from the Star Wars saga, all sequels aren’t necessarily inferior.) And that’s not to say though, that a successor so similar in sound, like Lost Forever is, is entirely unjustified (especially after the aforementioned market trials that Architects faced). Architects found what worked best, and they pushed forward with the wind at their backs.

Debut single “Naysayer” and follow-up single “Broken Cross” are the breadwinners on this album; they are the cornerstone tracks to an album that seems to be missing one element, one essential component that would have Lost Forever standing head-and-shoulders above Daybreaker — variation. Only one track on Lost Forever (“Red Hypergiant”) hinders the band’s unrelenting musical fury and power. Whereas their fourth release The Here And Now (which was met with much unwarranted public apprehension/criticism) contained an entire record full of differing sounds, genres and styles. A necessary middle-ground between their former rock ‘n’ roll, alt-rock sentimentality and their hardcore, metal-inspired hostility needs to be found for the band to accomplish what has yet to be done … Triumphing their Hollow Crown echelon of success.

(To play devil’s advocate to this argument, I also fully understand Architects’ decision to eliminate the pop rock, ballad-esque attitude that empowered their fourth release, as their heavier efforts were followed with by rewarding praise.)

Vocalist Sam Carter tears apart the raw, vocal-shredding standard that he’d set on Architects’ previous releases (check out his impassioned cry on “Broken Cross” — “Father, Father how I’ve let you down / A fucking tyrant in a hollow crown” and his soaring cleans on “The Distant Blue”). The swirling guitar and bass work of Tom Searle and Ali Dean is as vicious as ever (“C.A.N.C.E.R”), while Tom’s twin brother, Dan Searle, thrashes his way across all 11 tracks (opening banger, “Gravedigger” sets the tone for the entire record).

Based on previous success, Lost Forever is one more step in the right direction for Brighton’s Architects. But, call it ‘nostalgic yearning,’ I truly believe that if Architects could somehow return to coalesce their technical roots (“You’ll Find Safety”/Ruin, “We’re All Alone”/Hollow Crown) with their alt-rock poignancy (“Hollow Crown”/Hollow Crown, “An Open Letter To Myself”/The Here And Now) and their new-found post-rock influence (“Unbeliever”/Daybreaker, “Broken Cross”/Lost Forever//Lost Together), they could become one of the most dynamic British metal bands of all time.

Lost Forever//Lost Together is (and will become) an inexorably strong release to further pad Architects’ distinguished catalogue, but still succumbs to the cemented mastery of Hollow Crown.

Don’t miss out when Architects roll through Denver’s Marquis Theatre on their upcoming tour with hardcore heavyweights Letlive.