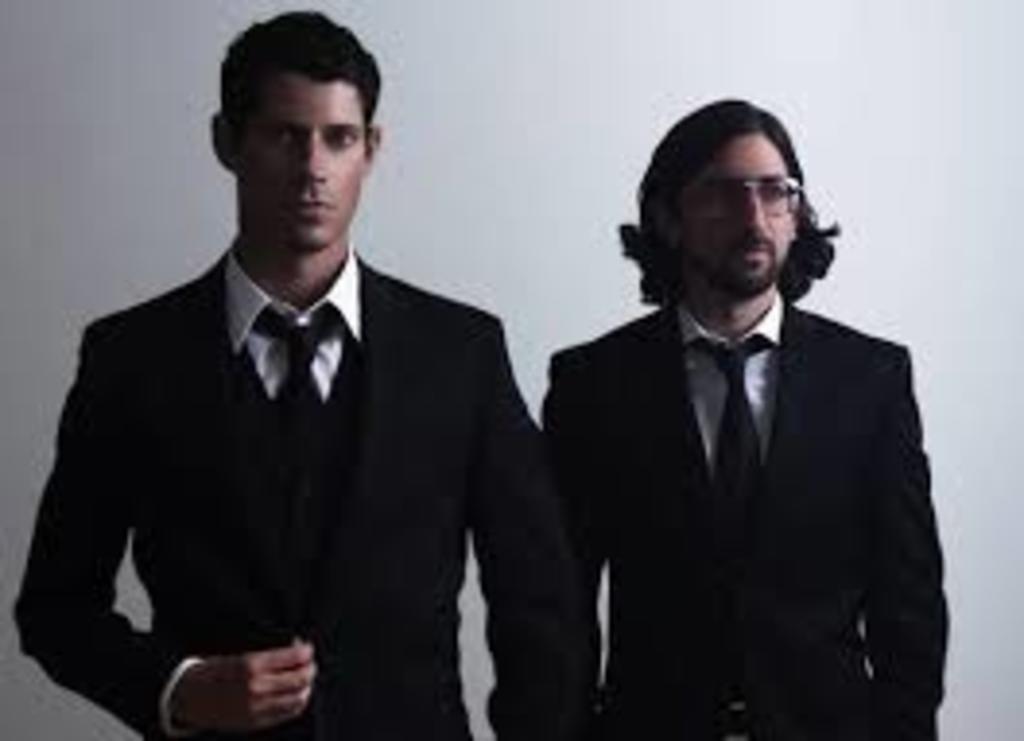 Unless you’ve been living under a rock for the past couple of years, it’s undeniable that the Colorado Music Scene is growing to epic proportions. Sure, on any given night, there are so many acts stopping through the Mile High City worth catching that it can be anxiety-inducing to pick which one to attend for fear of missing out.

But, there are some concert choices that are a little easier to make than others. That is, if you can get your hands on tickets. Said concerts usually involve sold out Red Rocks Extravaganzas thrown by some of Colorado’s finest. And, if you ask the locals which homegrown musicians qualify for that title, chances are the names Big Gigantic, Dominic Lalli, and Jeremy Salken will come up. A lot.

The past few years have been a whirlwind for the Boulder-based electronic duo. Even though they’ve carved out their place in the national music scene they show no signs of slowing down, but they certainly aren’t forgetting where they came from either. Thankfully, they had a few minutes to spare before their second annual Rowdytown bash to chat with 303 Magazine about the balance between roots and innovation, community, the progress of their new album and their national Sky High Tour.

303 Magazine: You always seem to be one step ahead in electronic music in terms of not only your sound but live show production as well. Is there anything specific that helps you get a leg up?

Big Gigantic: I would say we just try to pay really close attention to what’s going on, and on top of that we try to be as innovative as we can with whatever were doing with Big Gigantic, whether it be lighting, music, or even finding a new way to build a new fan base at Red Rocks for example. We try to keep our ear to the ground and do our own thing with it.

I noticed that you’ve been collaborating with thissongissick.com recently, including festival meet-and-greets for Big G fans. Are you doing meet-and-greets before shows as well?

We’ve been teaming up with Nick from thissongissick.com at festivals for meet-and-greets. We’ve done a couple and they’ve gone really well, they set up a tent and kind of have a home base at the festival where they do meet-and-greets with a bunch of artists. And at our shows on tour we do kind of our own meet-and-greets where people win a chance to come out early. On this tour they actually get to see the soundcheck and we hang with them after. It gives us a chance to get closer with the fans and get to know them better while were out on the road.

We also released our tour and are doing ticketing for the upcoming shows on the thissongissick site. So that’s probably where you’ve seen some of that collaboration too.

Your Big Gigantic Family has grown like crazy in the past year. How did that get started?

A Big Gigantic Family really started with our fans. They started a whole Facebook group about it and then a hashtag along with it, and we’d been doing a street team and kind of coming up with some concepts for a while. It’s like the fans almost just supported that street team idea and took it from there. Then we brought the ABGF back into our organization too because we’re really excited about whats going on with the family and want to take it to the next level to where we are able to all build a community wherever we can and engage with fans as much as possible whether it’s through shows or other things.

I know that you guys doubled the production and projection mapping for this years Rowdytown. Does cultivating this unique Red Rocks experience help you to give back  little something extra?

We basically took everything we did last year and you know, we always try to take what we’re doing and think “how can we make this better and bigger?” One thing is that we did the projection map kind of blindly last year, sort of just here goes nothing since no one had ever done it. Now that we knew what we were getting ourselves into we were able to double the production and the brightness projection mapping to really make it special this year. It’s just madness!

A lot of livetronica acts get stuck in these gimmicky ruts. How do you keep all of your ideas fresh to avoid doing the same stuff over again?

It’s tough. Its even just tough to figure out where we fit in and how to fit into music in general with what we are doing. But, one thing we do is not limit ourselves to say just one genre. We haven’t really done that with any of our albums. We’ve released stuff all the way from more hip-hip and electronic based stuff to heavier electro and dubstep, with lots of different tempos. So I think that helps because its doesn’t keep us in a box, we’re pretty open to being able to do whatever we want rather than going down one road and saying “this is it.” Just keeping your ear to the ground and being aware of everything. then making your statement after the fact.

So allegedly there is a new album in the works as well for fall? Winter maybe? laughs. Maybe not?

Yeah laughs. Well we are 100%, I have been working on it all year or more honestly. But we got to a certain point with it where if we were going to put it out right before Red Rocks, it would be cool and everything would be great but I feel like I’m really on to something recently. So I feel like if we push it back the whole thing is going to be better and there will be more songs, just…better in general. Unfortunately, we’re going to have to push it back a few months but we’re looking to release right at the beginning of 2014. We did a similar thing with Nocturnal when we were putting it out. We pushed it back a little bit because of a similar concept, just getting closer to something great and realizing it would be better if we didn’t rush it.

The Red Rocks date falls just around the middle of your current Sky High Tour. Are there any venues on this run that you haven’t played previously? Any that you are particularly excited about?

The Fox Theatre in Oakland CA. That was a huge one. That venue is one of those epic places. We are playing a big outdoor venue in Atlanta, it’s going to be our biggest show in Atlanta to date. I think 4,000 people or something crazy like that. And it’s right at Halloween so that will be really cool. We’re doing Hulaween with String Cheese and Sound Tribe. There’s a bunch of good ones coming up this fall.

It’s super exciting, I remember seeing you when the B-Side Lounge in Boulder used to be a thing and now you are selling out Red Rocks-

Oh man The B-Side with Savoy back in the day…B-side! that’s old school! I used to go there a lot, played a lot of different gigs there from jazz gigs to Big G.

Going from that teeny tiny venue to selling out dates across the country, how do you manage to stay grounded?

The thing is, is that we remember the B-Side and everything we used to do. Remembering that keeps us humble and we’re lucky to be here. We’ve been working hard and just try to keep that up. Keep it simple and nose to the grind. Say a couple prayers in there maybe and hope everything works out! We’re just two dudes trying to play music.

Big Gigantic is currently on tour and will be releasing a new album early 2014.