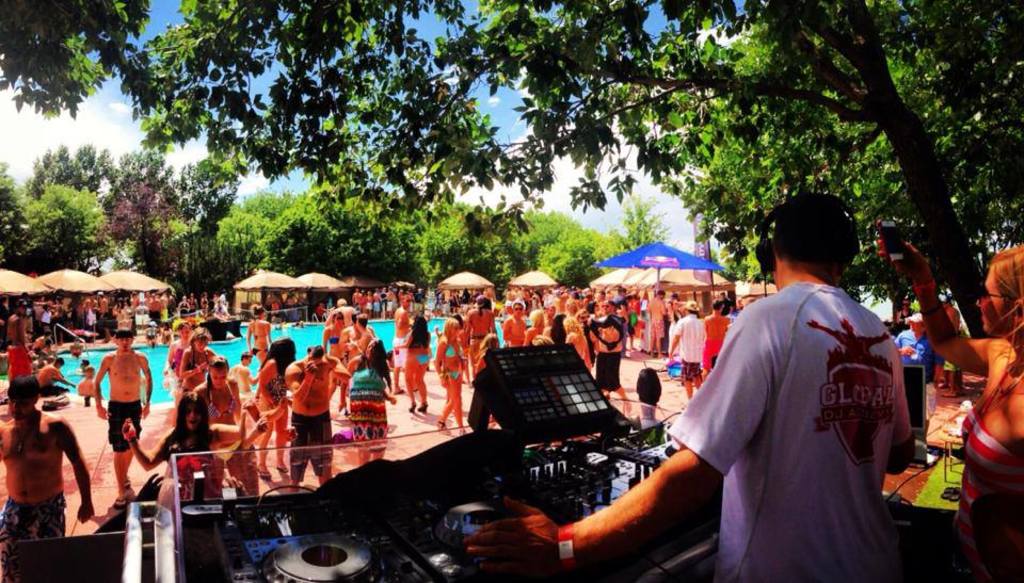 With summer winding down and 303 Magazine’s Pool Party this Sunday, it seemed like the perfect time to create a poolside summer playlist. 303 Magazine’s music desk handpicked some of our favorite tracks to play at the pool and before a night out. It’s the ultimate playlist for the last days of summer.

Heading to 303 Magazine’s Pool Party on Sunday? This playlist is the perfect soundtrack to stream before heading to Breakers Resort! Get your tickets now before they sell out: www.dev-303magazine.pantheonsite.io/pool

Viceroy, aka San Francisco-based producer/DJ, Austen Afridi, creates “summertime, all the time” with his brand of poolside-inspired tropical disco and party-ready remixes. Viceroy brought his bouncey beach tracks to Denver’s Bar Standard last spring and played one of the rowdiest sold-out club shows we’ve seen in a while. Check out 303’s exclusive interview with Viceroy here.

Remix queen/production pro/fashion muse/social media maven, Anna Lunoe, collaborates with AC Slater to cover J. Cole’s “All Night,” adding her Aussie-inspired, sun-drenched electro beats (and vocals) to the radio hit. Lunoe just wrapped up a string of sold-out shows with fellow Aussies, Bag Raiders, and is prepping for a major US tour with The Weeknd. Catch her with The Weeknd at First Bank Center on September 20th, and check out 303’s interview with her from earlier this month here.

British R&B/electro pop sweethearts, Aluna Francis and George Reid aka AlunaGeorge, cover Montell Jordan’s “This Is How We Do It.” Giving the 90’s hit a London twist, AlunaGeorge breathes new life into an old favorite. Give their recently released new album, Body Language, a listen and keep your fingers crossed that they announce a Denver stop on their 2014 tour.

Avante-garde multi-genre bass player, Thundercat, aka Stephen Bruner, is redefining the livetronica scene, looping soulful melodies with glitchy electronica and beautiful bass guitar. A longtime collaborator of Flying Lotus, Thundercat recently played Cervantes Masterpiece Ballroom to a crowd of enamored fans. Learn more about Thundercat from our interview with him.

Denver favorite, option4 aka Brennen Bryarly, brings his electro house and deep house to Norad Dance Bar each week for Friday’s HOME dance party. Responsible for booking some of the best cutting-edge and up-and-coming electronic talent (like Bag Raiders, Bit Funk, Yolanda Be Cool, Bixel Boys), option4 is helping Denver’s electronic music scene get the recognition is deserves with strings of Beatport hits and sold-out shows.