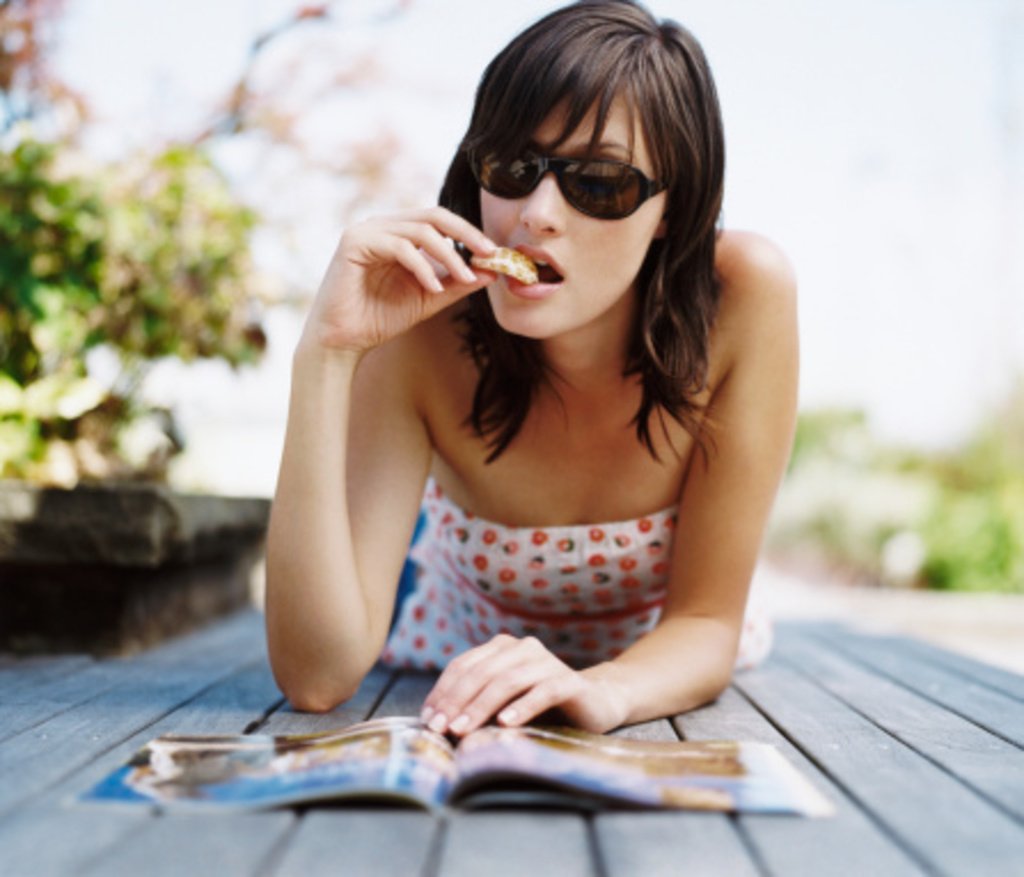 Figuring Out Fit: On Health and Image, A Media Perspective

Learning about health from popular media or advertising is like researching for your doctoral thesis by only citing Wikipedia. It just doesn’t make sense and there’s always a chance that, although sometimes hilariously, some jackass has altered the information just a little bit. The constant exposure to this media view has had an osmosis effect on us and has skewed our image regarding what healthy is.

The media has made us believe that there are several quick fixes for weight-loss, for example the ad campaign for the

Special K diet. Everyone in the ads are super happy and not stressed out because of all of the freedom and great food choices this diet provides.  It sounds easy, but of course it isn’t. Try it for one day and I dare you not to try to eat your own arm because literally anything is better, and you will always be hungry. If I was on the Special K diet, my room would look like the cabin from the movie Heavyweights, with food hidden in every crevice. You can’t be healthy eating only things that come in a box with a big red K on them.

And speaking of a big K, the media has also led us to believe that celebrities such as Kim Kardashian, Scarlett Johansson, and Kate Upton are fat, so there’s obviously no hope for the rest of us. We can eat healthy and exercise but ultimately, we can’t be happy with ourselves, not even for a second. Kate Upton is one of the hottest models today, but ehh, still fat.  If these ladies are being criticized about their weight then we are all in a lot of trouble.  What

doesn’t make sense is that Kim K. is being criticized for being fat currently, and for flaunting it, but, um, hello? She’s pregnant! Or in media terms, just super grossly fat. What do you want her to do? Start a new show called “Baby Kimye Goes to Get Lipo”? Grow up, media. If you want to dog on Kim K. do it for the right reasons such as why she’s actually famous, or that she’s dating Kanye West, but not because she’s pregnant and fine with her body.

The pop media has also taught us that having your period is a joyful experience once a month that gives us the freedom to pursue any activities or hobbies we could ever possibly want to do and we will feel freaking great while doing them. OMG I’m so glad I finally got my period, because now I can wear all white and go play tennis after  parasailing while flirting with men at the local chic café after just nailing a super tough job interview while writing

a novel and smiling and flipping my hair all at the same time. I feel SO healthy. Uhhh … maybe, tampon commercials, you should just shows clips of me while I’m on my period, such as me sitting alone in my apartment watching Django Unchained, tearing off pieces of bagette and dipping them in butter while crying every time a horse gets shot, or me standing in the line at the grocery store getting teary eyed after reading a mean tabloid about Kim K.’s weight and taking it personally. You could say something like “Yeah, it sucks, and you’re not gonna wanna do shit, but these tampons work pretty good for their intended purpose.” If I saw that commercial a crying menstrual me would just be like “Well, at least someone is being honest” (after getting teary and overreacting to a friend’s misinterpreted text message).

The media is cool and I am a pop-culture junkie, but as I start to step down off my soapbox (only because I’m afraid it might break due to the media’s portrayal of weight) I just want to say that counting calories takes up way too much of your life, the ab roller will end up in your closet, and Abercrombie and Fitch clothes look awful on everyone, not just ugly people, (cough) Mike Jeffries.