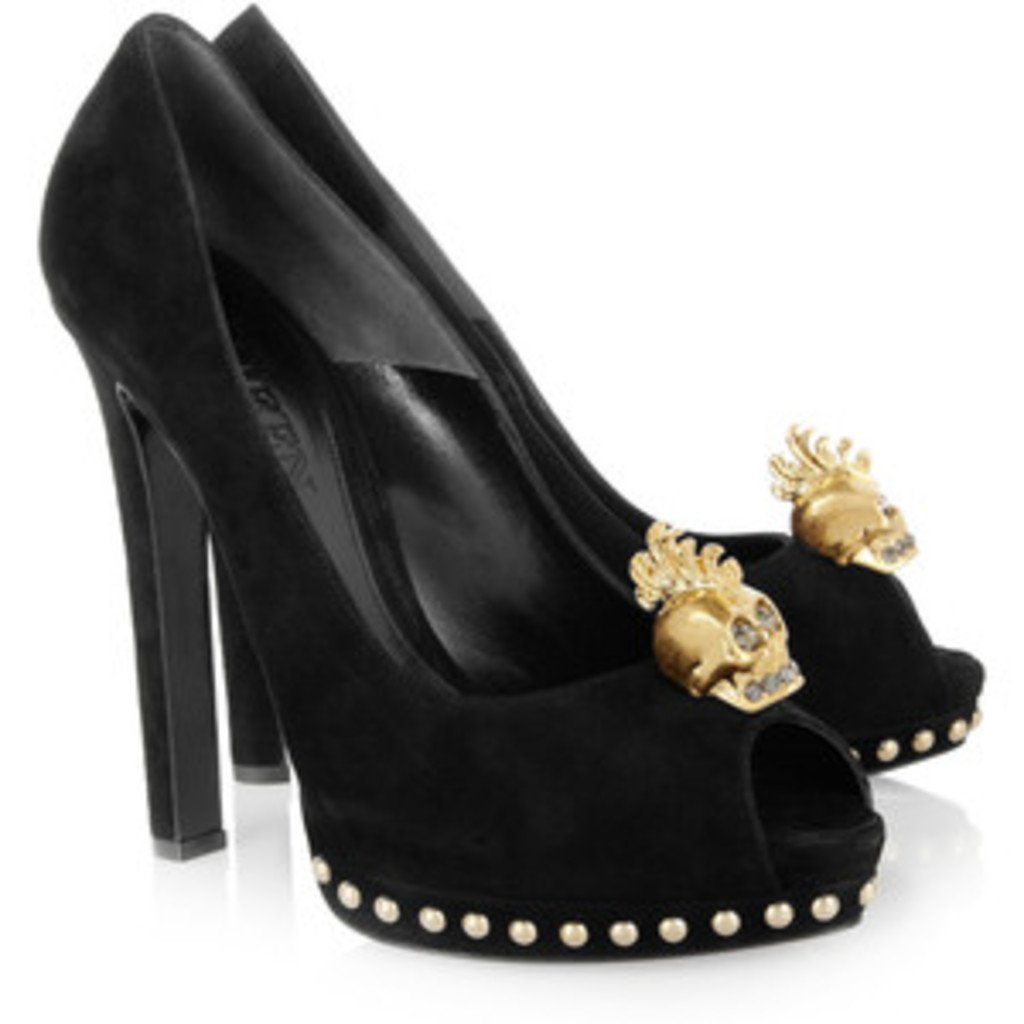 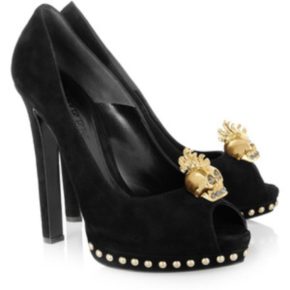 Who ever would have guessed that the pirates of yore would be the trendsetters of today?  That black and white skull and cross bones flag engrained in my mind tells me that not only were pirates marketing and branding geniuses, but also that fashion is obsessed with recycling and revamping trends.  And this time around, fashion is rocking the skull minus the cross bones.

But like many other trends, there is a rich history in how the skull made its way onto this years clothing.  Pirates used it to intimidate other and warn them off.  It was a reminder that death would be the fate of anyone that crossed their path.  But how did we get from Black Beard and Captain Hook to Vogue and Glamour? We got here because of a few trend setting innovators and their obsession with the fragile relationship between life and death.

Alexander McQueen, one of the most brilliant designers of our time, made the skull his trademark.  It can be found on his clothing, shoes, scarves, sunglasses, and pretty much any item with which McQueen ever worked.  The current Alexander McQueen designers have maintained this trademark image despite McQueen’s untimely death in 2010.  While the fashion world will forever remember the talented and innovative McQueen, there is little surprise that less than three years after his death, his trendy skull image is hotter than ever.  In fact, his skull clothing now carry a deeper, symbolic meaning than they ever did when he was alive. 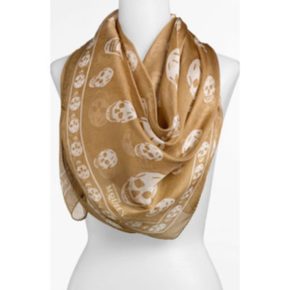 McQueen’s skull now represents his fixation on the fragility of creation mixed with the macabre symbol of death.  It is the ultimate symbol.  His fragile fabrics and delicate details, brazenly splashed with an ornate symbol of mortality, are symbolic of McQueen and his tormented final days.  And like his clothing, this is indeed dark, but mysteriously beautiful.

Contemporary artist Damien Hurst may not involve himself in the fashion industry, but he certainly has played a pivotal role in the evolution of the skull into mainstream fashion and décor.  And there is no doubt that fashion reflects some of his work.  Similarly obsessed by the beautiful and eerie relationship between life and death, he created one of his most famed pieces of art, “For the Love of God.”  This famous piece of art is an 18th century skull covered in diamonds, with a large pink diamond that sits in place of the forehead or third eye.  Worth over $100 million, Hirst created a sculpture that it fantastic but completely adulterated beauty.  Perfectly laid diamonds shimmer in the light, but the real skull and human teeth add this opposing element of dark emotion.

So not only should you rock this incredible trend this Fall and Winter, but you should do so with great comfort and pride.  You are not mimicking fashion alone; you are mimicking some of the greatest artists of the modern era.  You will be trendsetting in a style that took great care and emotion to create.  I call this the Existential Trend.

With the rich history of this trend, it is only fair that we pay its creators credit by doing it right.  And don’t worry, you do not have to struggle with your own mortality to make this trend all the rage! It’s easy:

Moderation: When sporting skulls, remember that a little goes a long way.  You do not have to be covered in skulls to make a statement.  Try pairing a floral and skull printed shirt with a skull ring.  Or the iconic McQueen skull printed scarf with a pair of his shoes.  The simple metallic skull at the toe of the shoes looks like a medallion for afar, but upon closer examination adds edginess.

Femininity: Keep it girly. The skull is not a particularly feminine image, so it is important to make sure that it is paired with something feminine.  A lacy blouse with a skull print is perfect.  Combat boots and an oversized, skull-print shirt is just creepy.

Edginess:  While femininity is important, it is the relationship between the fragile and the macabre that made this iconic in the first place.  So think about maintaining an edgy, rock n’ roll theme throughout the entire ensemble.

Ownership: The fourth and most important key to pulling off this outfit is ownership.  And what I mean by that is flaunt it.  Own the trend.  Own your outfit.  Confidence makes any outfit look better.  But with an edgy one like this, confidence can make it or break it.

Your Ultimate Outfit: Pair a delicate, skull-print silk shirt with black leather skinnies.  Add a pair of McQueen, skull-studded, peep-toe heels.  Then throw on some edgy or spiked earrings, bracelets, or rings.  Finally, throw on a black or deep plum velvet blazer.  Touch up your lipstick, and hit the town.  McQueen and Hirst would be proud.