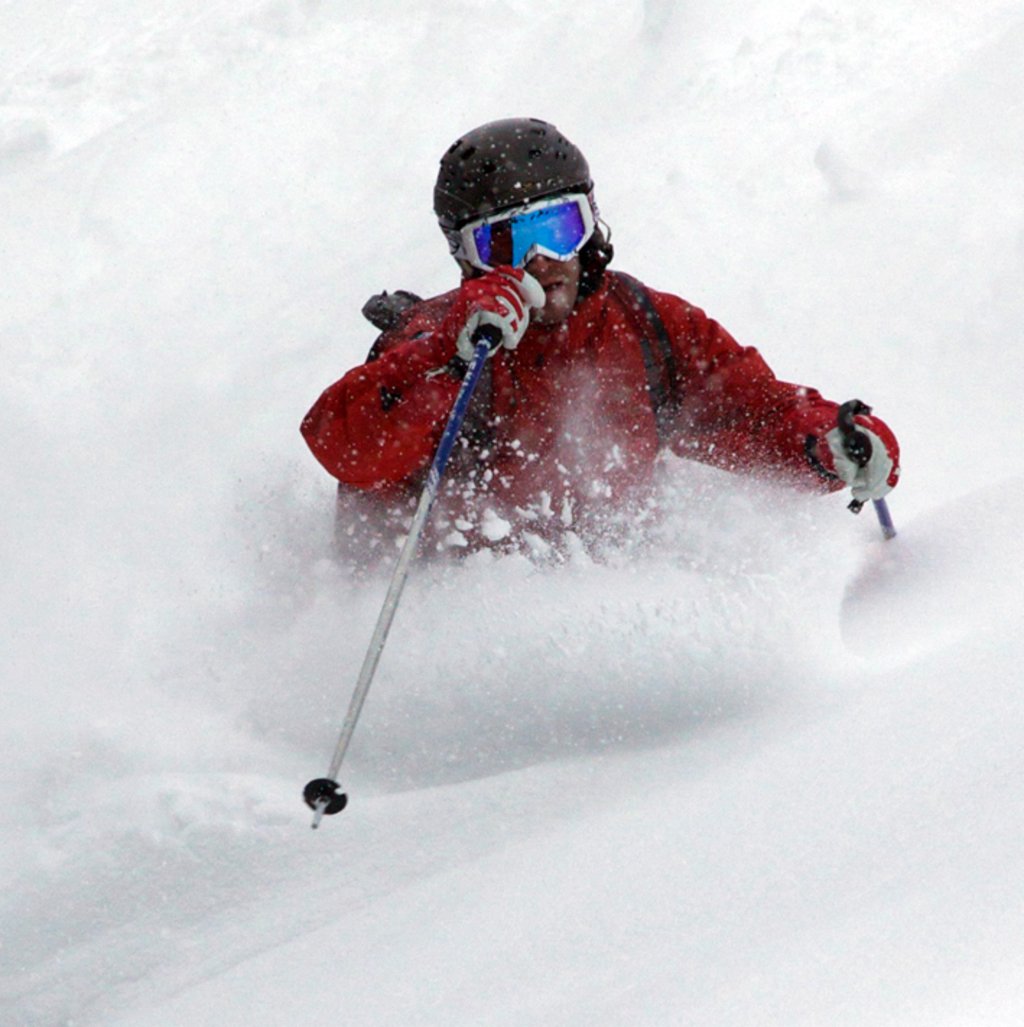 Taking a Knee with 303: Joel Gratz

There is more to football than the NFL, though I admit I try to forget about college football on weekends when both Colorado and Colorado State lose. Sometimes I even think about heading down to my old high school to catch a Friday night game, but then I’m worried that somebody will call the police if they thought I was just there to check out the cheerleaders. 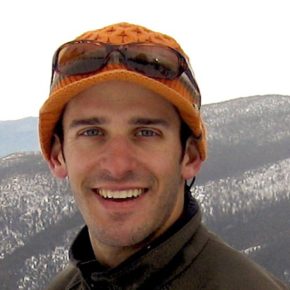 This week I spoke with Joel Gratz, avid skier, meteorologist, and founder of Open Snow (http://www.opensnow.com/), where for every winter storm, he predicts where and when Colorado’s powder is going to fall, and how much will be on the ground when the lifts start running. Joel is also a college football fan, and we talked about his love for the Colorado outdoors and the Penn State football team.

I’ve been reading your weather reports for years now. As a skier looking first for deep powder, and second for clear roads for a safe drive up and back, I find your forecasts to be consistently more useful than anything else out there. Where did the idea to focus your predictions on powder come from? Did your ardor for outdoor sports influence your decision to study meteorology in the first place?

When I was in elementary school near Philadelphia, I loved two things: Skiing and weather. It sounds odd that a little kid would love the weather, but it’s a common theme among meteorologists – most realize their love for meteorology at an early age. While I’m intrigued by most types of weather (tornadoes, thunderstorms, lenticular clouds, etc), my favorite weather is snow. There’s no comparison. A big snowstorm is a natural form of 5-hour energy for me. After spending a few years in Colorado, I realized that there were no weather forecasts I could trust to lead me to the deepest snow. It took me a few years to learn the microclimates that dump lots of snow on one mountain while a neighboring peak receives almost nothing. And after learning these local effects, I decided to share my predictions with a few friends. Four years later, I now share my powder predictions with hundreds of thousands of people, and it’s my full-time job. I couldn’t be more thrilled to make a living doing the things I’ve loved to do since I was a little kid: skiing and weather.

How long have you been a college football fan?

I started my freshman year at Penn State in 1999, but was never much of a college football fan before this time. However, my high school football team won the Pennsylvania State AAAA championships during my junior and senior year, and I was a big fan and supporter of that team (at 140 pounds and standing 5 feet 8 inches, I wouldn’t have been much of a football player). So I went to college with an affinity for football, but it wasn’t until my first few games with 100,000 jovial and enthusiastic fans at Penn State that I became hooked on college football.

Do you have favorite football weather?

I think it’s more like “favorite tailgate weather”. Football games can be exciting, or they can be somewhat lackluster. Sometimes my team wins, and sometimes they lose. But tailgating is always exciting, and it’s (almost) always the most enjoyable part of the gameday experience. In central Pennsylvania, it always seemed to rain for the biggest games, so I have fond memories of some wet and muddy tailgates. But perhaps the best weather is a 75 degree, cloudless fall day leading up to a 6 p.m. or 8 p.m. kickoff. Spending a full day outside in the company of friends and family can’t be beat. 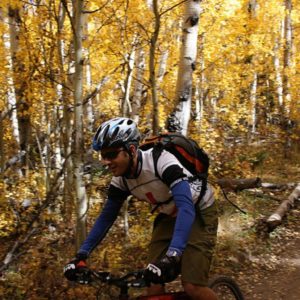 Sometimes, on a notably warm and sunny fall Sunday, I have trouble making myself stay indoors to watch football, even though I love watching football, because I feel an equally strong pull to go out hiking in the mountains to look at the trees changing color. Does this ever happen to you on really nice Saturdays? What do you end up doing?

Thanks to DVRs, this is less of a problem. I usually go outside and enjoy a hike, run, or ride and then come back and watch the recording of the game (all while trying to shield myself from accidentally finding out the score). On days when I had an opportunity to attend the game in person, I’d usually try to get out for a shorter run or ride early in the morning to allow plenty of time for pre-game tailgating. Why choose one or the other (go outside or watch the game) when you can do both?!

Your alma mater Penn State is playing Ohio State in the Fiesta Bowl, on the same day Vail has eleven inches of powder before the lifts open. What do you do then?

No brainer. Wake up around 5 a.m. Publish the day’s forecast. Get in the lift line well before it opens. Giggle like a little kid while floating through a foot of fluff. Then head to the bar and cheer for Penn State. The earliest bowl games won’t start before 10 a.m. mountain daylight time, so there’s plenty of opportunity to get first tracks and enjoy some football.

Are many of your colleagues in the Atmospheric & Meteorological Sciences, or the sciences in general, sports fans as well?

Yes and no (how’s that for a weatherman answer?!). Some of the most intelligent sports fans I know are fellow scientists and meteorologists. Apparently their skills in data and analysis work outside of weather. On the flip side, some scientists I know could care less about most sports. To each their own.

What’s harder to predict: 1) the weather, or 2) NCAA Division I football games against the spread?

Football games. The weather obeys laws of physics. With increases in computer power will come more accurate weather forecasts. Football games aren’t entirely based on physics equations, so I think they are harder to predict…at least in the long run. 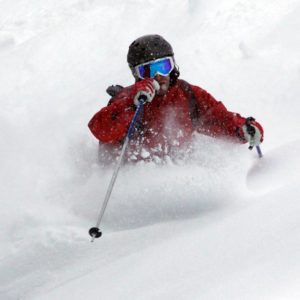 Joel Gratz, enjoying the fruits of his labor. He probably predicted that snow would be there!

I wish I could say “both”, but I think it’s Colorado’s ski resorts. Penn State’s football team will have lots of ups and downs this year. Eventually they’ll be a high-level team, but it might not be this season with some of the top players transferring due to the NCAA sanctions. And on the note of Penn State, the entire Jerry Sandusky affair made me sad. Sad for the victims, sad that more people didn’t realize what was going on and try to stop it (though hindsight is always 20/20), and sad that a university and town which is comprised of 99.99999 percent excellent people was tarnished by the actions (and inaction) of a few. I am glad that Jerry Sandusky was punished for his terrible actions, I hope that lessons are learned within Penn State and across the country, and I’m looking forward to cheering on the accomplishments (both academic and athletic) of my school now and forever.

This may be a stupid question, but have you ever heard of a defense applying such high pressure that they actually create a cold front?

Ha! Well I don’t know about that. But on October 27, 2001, Penn State was losing badly to Ohio State in the third quarter. I remember being at the game when a snow squall hit the stadium. It didn’t snow much or for very long, but that snow squall seemed to change the momentum of the game and Penn State executed a huge comeback and won the game by two points. I’ll give partial credit for the win to the snow squall!

Joel is founder of Open Snow (http://www.opensnow.com/) and Chance of Weather (http://chanceofweather.com/), where he can give you a forecast for any outdoor activity in Colorado, Summer, Winter, Spring, or Fall.

Pete is a Redskins fan living in Bronco country. He’s co-founder of the Team Tomorrow ski and snowboard team, and a guy at the bar last Sunday told him, “you know a lot about football for a weirdo.” He is also HEAD writer for the Warren Peace NFL Report. Follow Pete on twitter @TakingaKnee303