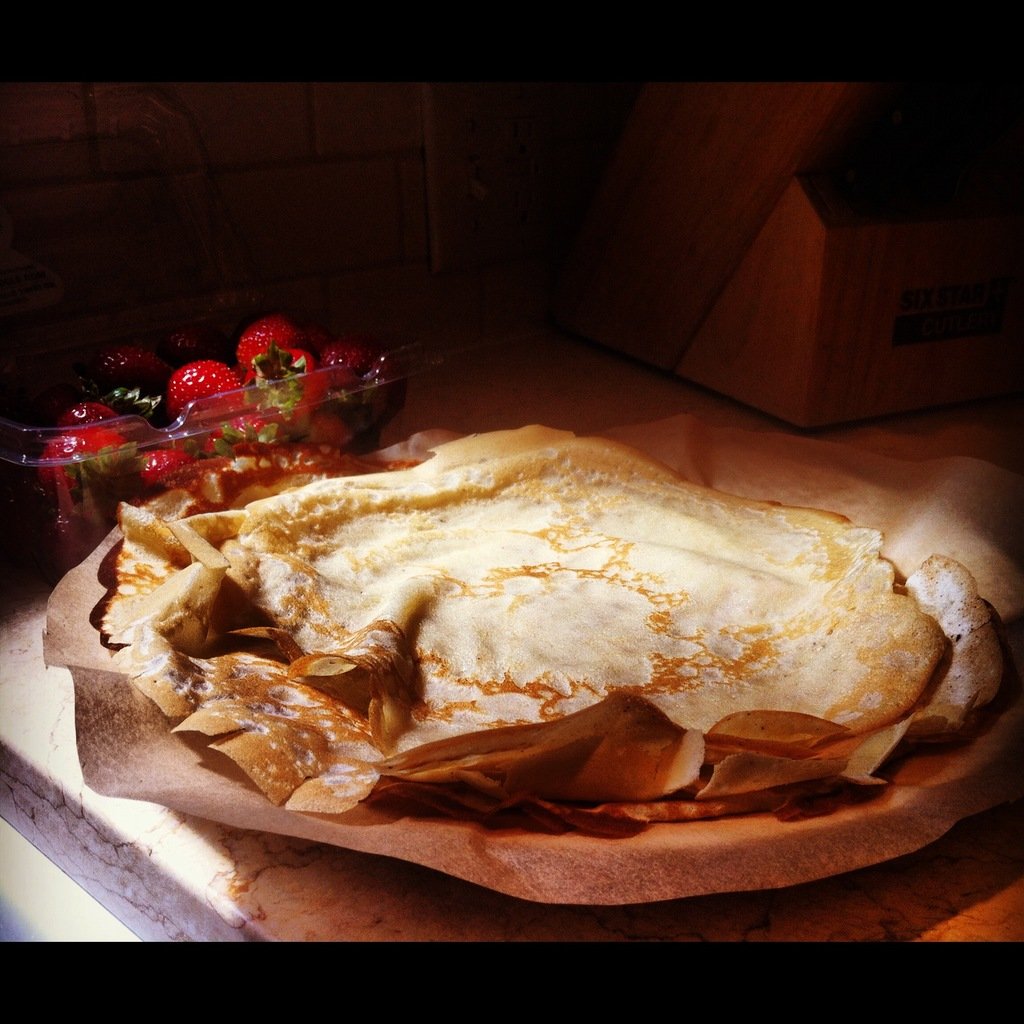 F. Scott Fitzgerald, author of the American classic The Great Gatsby, wrote this after his time spent as an expat in France:

“The best of America drifts to Paris. The American in Paris is the best American.”

Although I realize this quote is probably controversial and flawed, his unique observation does hold a partial truth. Some of the most well-known and influential Americans lived in France.  Everyone from Hemingway, to George Gershwin, Jim Morrison and even Thomas Jefferson lived in Paris at one time or another. They came for adventure, inspiration or just to escape the difficulties of home life. Either way, they left a piece of their hearts and their minds there. They wrote how they loved the city, country and culture but always kept a certain disdain for it too, constantly comparing and analyzing their host country with an air of patriotism. And maybe that is just the natural disposition of any expatriate, but there seems to be something more when it comes to France. Because like moths to a flame some of our best did drift to Paris. So what is it about this culture that both allures and revolts us so?

Personally, I believe we are drawn to the French, either negatively or positively, because we desire “authentic culture”. This might sound pretentious and I’ll explain in a bit, but this lack of “culture” in our society is  why you need to seek out the french here in Colorado. Because if you do, they will give you something you never knew you’d missed. 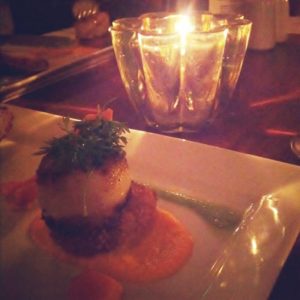 The French take their cuisine seriously, its more art than food.

First, what I mean by “culture” is cultivated, distinct and refined styles or techniques of specific types of food, alcohol, art, literature etc. that represents one set of people either grouped by a nationality or ethnicity. This is not to say that America doesn’t have “real culture”, rather it is something we are in shortage of because of our youth.  We are only 236 years, 1 month and 20 days old. Therefore we are merely the graphic outline of what we will become because no nation can create culture instantly.  As a result our culture, although distinct and quickly developing is still too young. Secondly the culture we do experience is second-hand. We eat chinese food that is really not chinese or italian food that is most likely from a can. It’s all doctored to our liking. Dumbed down to baby our palates and minds. Frankly I am sick of being treated like a stupid American in my country. I think it softens us, makes us close minded and unwilling to try anything new because we never have to, like a kid that won’t eat its vegetables. So the remedy? Go french, even if it’s just for the night. Take the money and spend it on an expensive  bottle of french wine or a gourmet dinner. Because the French do not dumb it down for us. They know who they are and they refuse to compromise. And although this might be the reason we dislike them from time to time, it is also something we need. To be treated like an adult, not the teenage child of this world..So here are some ways you can get a dose of French culture in Colorado because it might help us  be the best American we can be at home and not in paris.  Anyway it seems to have worked out well for the likes of Thomas Jefferson and Ernest Hemingway…. 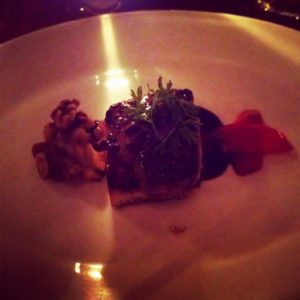 Foie Gras, a fatten duck liver, is unlike anything you’ve had before. And although it might be foreign, there is nothing odd about it. No acquired taste necessary to enjoy this dish

Eat/Drink:For starters, the most French thing you can do in Colorado is eat at one of their restaurants. Because as I said before they do not dumb it down. Their menus are not all baguettes and croissants but rather filled with delicacies like steak tartare, duck liver and bone marrow. And it is delicious.

My favorite French restaurant is Bistro Vendome, a beautiful eatery hidden in a secret passageway on Larimer street. Here at this little secluded spot you can escape for hours while they wine and dine you in the most French of fashions. From their 200 bottle wine list from all the regions in France to the bread and butter, this place really feels like Paris. And I am not alone, other famous reviewers like Zagat called it a “true French bistro” that is very “authentic”. But it is not pretentious despite its gourmet food and professional staff, instead it’s like you’ve step inside France and everything that might seem foreign is exactly how it should be. It is the perfect atmosphere for trying something new. I would highly recommend all of their food, but their Foie Gras a La Rhubarbe is probably the best thing I ever ate. Me and my fellow diner talked about it for the rest of the night and most of the next day. It was so decadent and delicious but elegant that it was on a whole other level of eating. Our waiter wasn’t surprised either by our delight and he mentioned that it was the only restaurant he worked at that almost every plate was practically licked cleaned.  Besides the food the entire experience was absolutely wonderful and upon leaving I felt like Owen Wilson in Woody Allen’s Midnight in Paris, slipping out of a hidden portal and back into my normal life on the bustling streets of Denver. I will definitely be escaping back to this little place sometime soon. 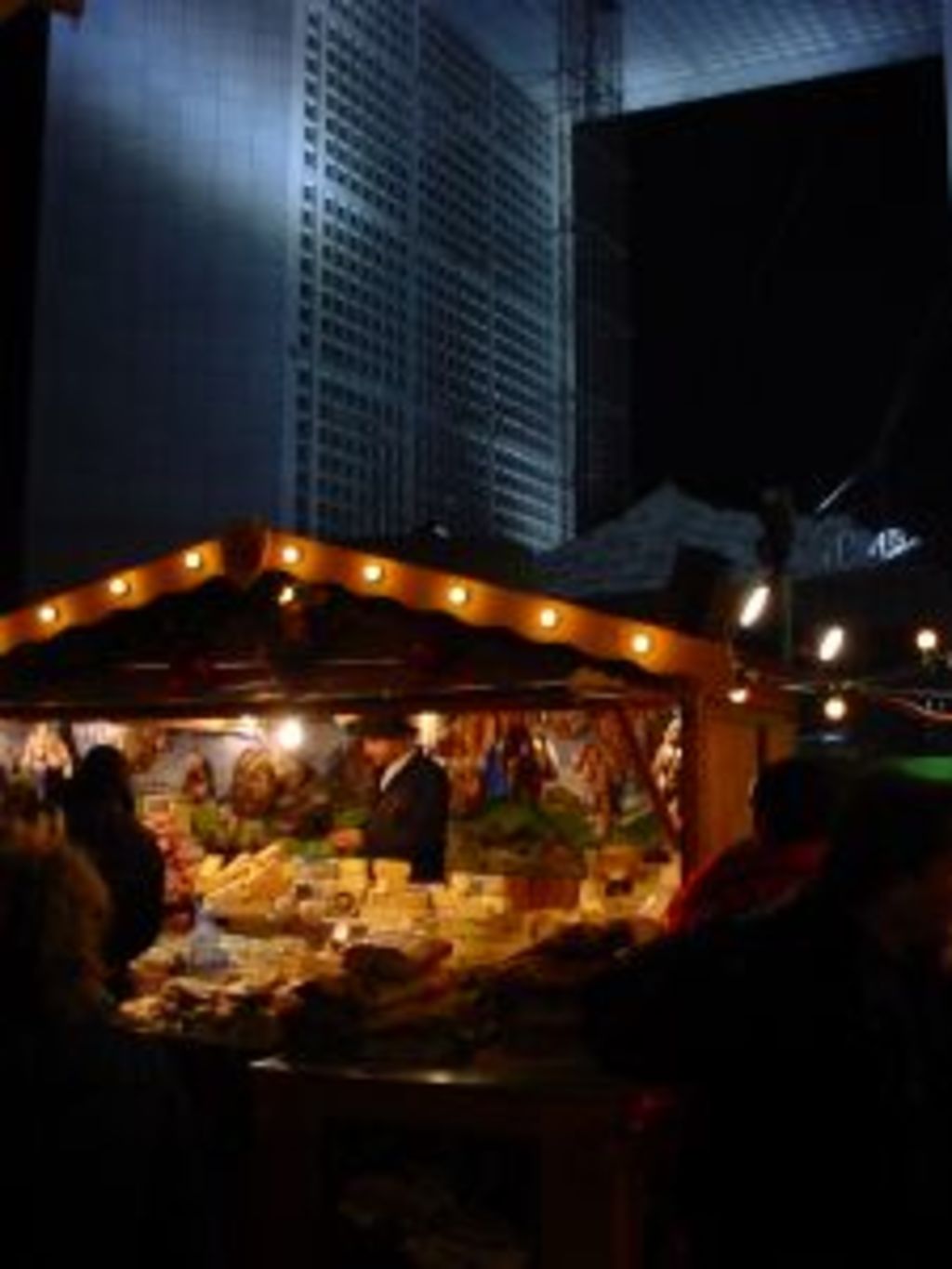 Do: There are several ways that you can imitate a French lifestyle. A rule of thumb is to do things simply and elegantly. So if you are making dinner don’t complicate it, rather cook something simple but spend more time and money picking out ingredients. Same goes for shopping, because on average the french have much smaller wardrobes than us but they are known for their style. This is because they buy quality basic clothing that you can include in most outfits like a jacket or shoes. By doing this you can look more stylish but with a lot less hassle.  Also it will probably save you money because you will not have to replace your clothing as often.

A great place to try out these tips out is at the Paris Street Market at Aspen Grove. This french inspired open air market is a fantastic place to explore your inner Parisian while shopping for antique and artisanal products. It is also a Denver institution and has been around for 11 years! The last one of the summer is September 8th and should definitely be on your list of things to do.

Make:Just like my last post, I think the best way to “live abroad at home” is to actually bring it home with you by trying to learn how to make something new. For the French there is one culinary contribution that everyone should know how to create. 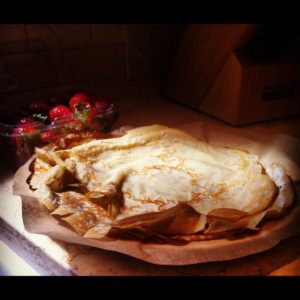 The crêpe is versatile, elegant, delicious and very French. You can use them for virtually every meal depending on how you decide to eat them. Make dinner like how my mom used to by filling them with Gruyère cheese, broccoli and chicken for a great dinner. Or you could create a sweet dessert like my childhood French-Swiss nanny and put sugar, fruit and whip cream on top.  My favorite crêpe recipe is the one below, it involves a couple more steps than normal basic crepes but it is still easy and worth the extra time.  Use them for desserts or if you lessen the sugar you can also make savory crepes as well. Bon Appetit!

Pour milk into a small saucepan set on medium heat. Remove from heat immediately after its been brought to a boil. Then in a different pan brown the butter. Let milk and butter cool for 10 minutes. Once cool, mix all the ingredients into a bowl. Pour 1/3 cup of batter on a lightly oiled 10 inch skillet set on medium-high heat and move the skillet around til the batter has spread thinly. Each side should take 3-4 minutes to cook. Flip. Serve. Eat! Voilà!

After you have experienced life on the french side  you should ask yourself, is Fitzgerald right? Is the American in Paris the Best American? Maybe he is, but I think if we put a little effort in trying something new and authentic we can be better off than living in France. Because America has a huge cultural scene, it is just hidden and buried by our fast food chains and Mcrestaurants. So all is not lost, rather it just takes a little more time and adventure to find it.