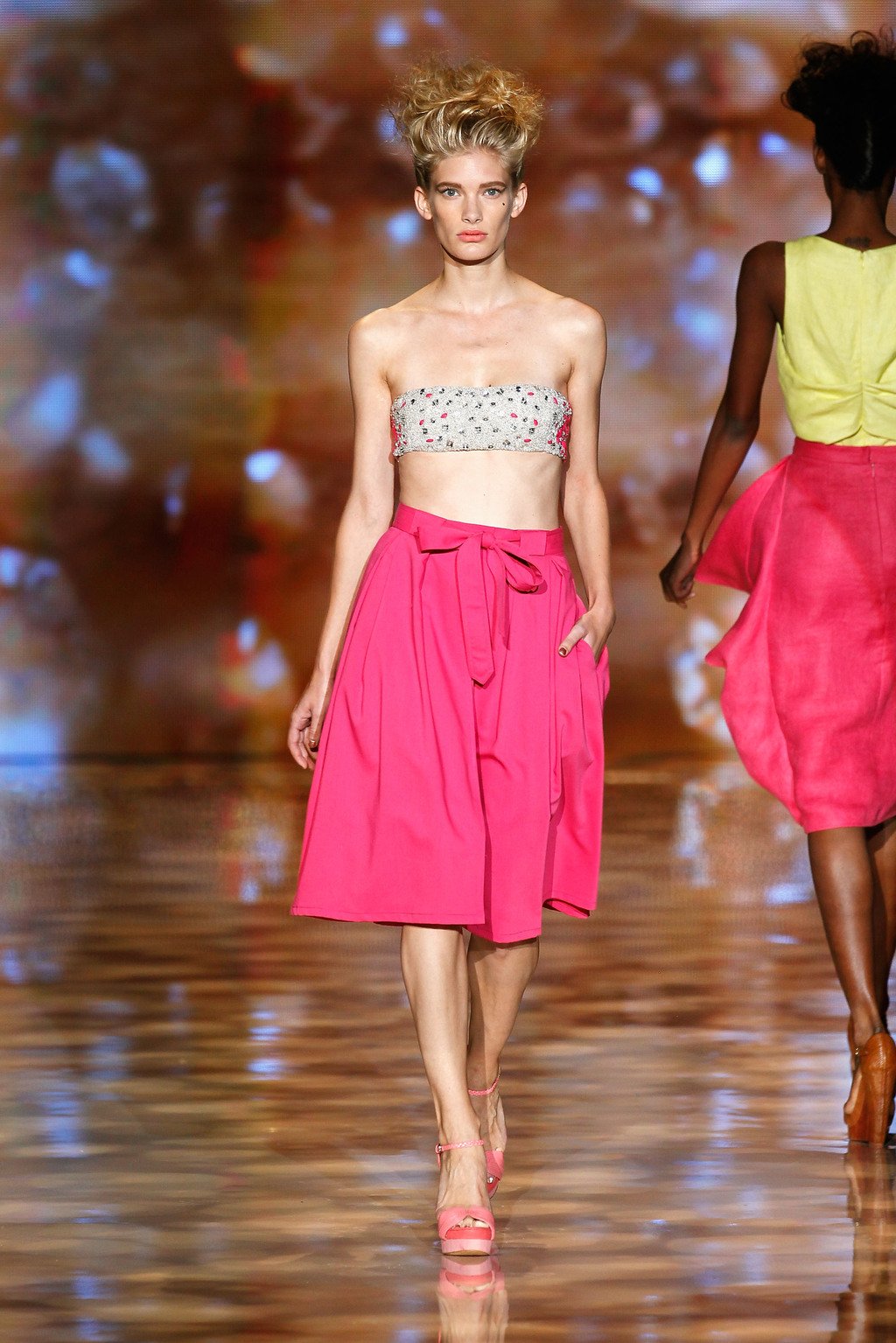 While I’ll allow 10 seconds for you to regulate your breath after reading the topic of this post and gasping from the very thought of exposing your mid-drift in public, the bra top (or, bralette) trend is incendiary, and leaving people in the dust that aren’t in the know. Roll your eyes if you must, this trend is definitely not for everyone. I’m still debating if I have the cojones to pull it off, and nervously gag when I think of doing so. However, many have (pulled it off), and many continue to do so. The damn thing just won’t go away.

Then…
Sure, we’ve seen this look before, over and over again as it reinvents itself almost every decade. However, for the majority of the audience reading this post, a good point of reference (one that you’ll remember) is the 1990’s when supermodels like Cindy Crawford sported those iconic, lavishly embellished Versace bustiers. Conversely, around the same time, sub-cultures expressed their own version of a loose-fitted, more bohemian, Courtney Love grungy deconstructed cropped top. (RIP) and Britney Spears made them famous thereafter.

*Real life example (1999): My best friend, Nicole, who I credit as the first and only “real-life” person I know that has attempted this look, purchased a gown, cut it in half and showcased her goods at our senior prom. Consequently, she remains one of the few people who I envision successfully pulling off this trend today as she is 5’7″and 115 lbs. Now that I see it in writing, I should hate her. I digress …

And Now …
Most recently – and perhaps, more notable than my friend, Nicole – Prada, Nina Ricci, Proenza Schouler, Jason Wu, Betsey Johnson, Badgley Mischka and Timo Weiland are just some of the designers that featured this trend in their Spring/Summer 2012 collections, and correspondingly garnered the adoration of young celebrities and style makers from New York to Los Angeles.


Rihanna (for whom we suggest – much like her famous song – she check in to bralette rehab ), Selena Gomez, AnnaLynn McCord, Nicole Scherzinger and Gwyneth Paltrow (perhaps too mature for this look) are just a few that have been spotted wearing this daring trend. While we acknowledge that the average woman is not 5’7″, 115 lbs, working with a personal trainer, eating meals prepared by a personal chef or otherwise blessed by the gods – all which provide the ability to maintain a rock hard mid-section – this trend is wearable if you’re a daring fashion risk taker, or someone less adventurous and looking for a more subdued variation of the trend.

303 Fashion Director, Tracy Bozarth, commented, “I would put together this look by focusing on the lines of the pieces. I would say a bralette is never OK alone unless it’s a fancy dress party and the attendee is going as a tart. I think this look can be sophisticated, but cut-offs and a bralette won’t do.”

I spoke with five celebrity stylists and national style experts that weighed in on the trend and gave their best tips for how to wear it.

If you’ve learned one thing from this post, or from the undeniable fact that history repeats itself – especially in the fashion world – it should be that the bralette is back (again). As summer approaches and the weather heats up, the bralette is also a great option for the 303 Pool Party on July 1, in lieu of a bear-it-all bikini.  I’ve selected some of my favorite bralettes at every price point to inspire your shopping.

P.S. What is it with me and bras lately?