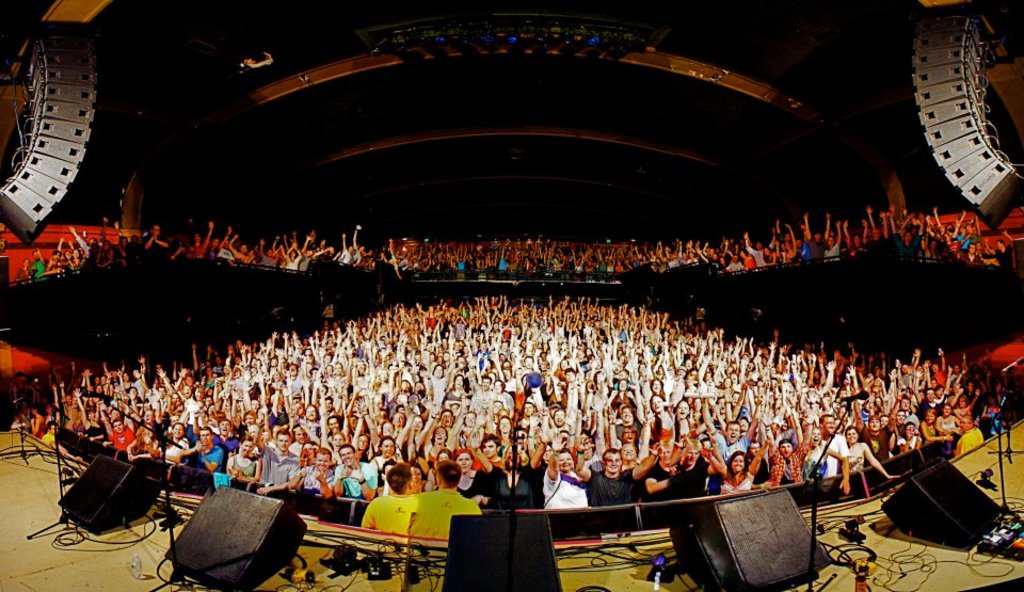 Hindsight: Trampled by Turtles @ the Ogden 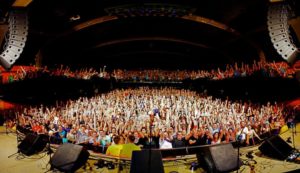 Denver bluegrass lovers came in droves to the Ogden Theatre  on Friday for the sold out Trampled by Turtles show. The intoxicated crowd was almost bewildering–young and vibrant, it seemed like the oldest guy in the joint was up on stage. Considering the local, it wasn’t a huge surprise. We are in  Denver after all, not more than a stone’s throw from our purple mountains majesty, and there is truly no better homage to them than bluegrass: there’s something about the genre that oozes Coloradical.

Under a projected star lit sky the 5-piece band out of Deluth, MN displayed the full range of their mastery of the genre: some songs had a slow-dance twangy country vibe–a sound that is echoed through their latest album Stars and Satellites–the kind of songs that make you think of of a lonesome cowboy sitting by a dying campfire. Of course, there were also plenty of the band’s signature high-octane foot stompin’ bluegrass; no doubt, these guys know their strings. In fact, their mandolin player Erik Berry could probably give Kirk Hammett a run for his money. And the fiddle player Ryan Young does has taken the use of his instrument to the next level–sliding his bow along the strings to add a psychedelic touch to the band’s sound. Since we’re naming names, we certainly can’t leave out banjo player Dave Carroll, bassist Tim Saxhaug, and guitar player and Dave Simonett–all of the players came out on Friday; they hit the ball out of the park.

Notable set-list mentions for the evening included “Wait So Long,”  “Alone” and “Again,” and they punctuated their gig with a multi-song encore that ended in a cover of “The Weight” by The Band.  Arm in arm, the crowd swayed, sipped and sang along as a harvest moon rose onto the projector screen, no doubt a homage to their latest album, but also an aesthetic that mimicked the great outdoors–which is where bluegrass is best served.

Bluegrass is not a sit-down kind of music. It’s about jamming out, about throwing aside your inhibitions and stomping around like a nut–and it is awesome. In years past, many seemed to turn their nose up to the genre, labeling it as a “hillbilly” sort of music. And while this writer might be a bit critical of the hipster movement at times, I have to say that I am proud that the throwback trend that is currently vibrating through our country has finally given a little love to this brand of American roots music–not only is it a ton of fun to listen to, but it is a part of our history and identity; it should be embraced and celebrated, and on Friday, fans did just that. It was a heartfelt and high-energy evening that won’t be soon forgotten.