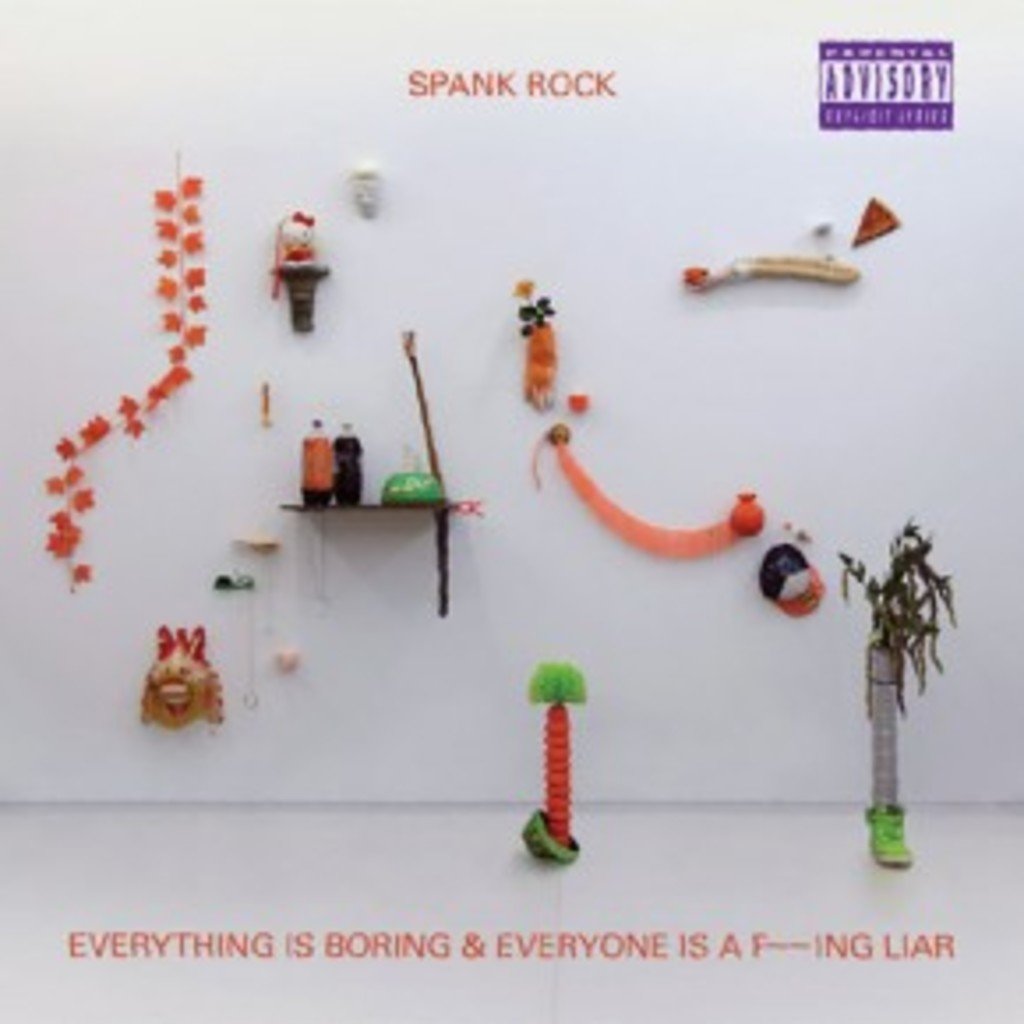 Hip hop makes my hips shake. Although I can’t get enough of it on the dance floor, I won’t pretend to be a genre connoisseur. Still, Spank Rock’s been on my radar for a minute. Santigold earworm “Shove It” features a cameo flow by the electro rap twosome’s emcee, Naeem Juwan. I’ve also heard the duo on CU college station Radio 1190. Everything is Boring and Everyone is a Fucking Liar, Spank Rock’s half-decade-in-the-making sophomore full-length, just dropped in September. Rolling Stone noticed that moments resemble Prince, both in vocal timbre and lyrical vulgarity. Prince wouldn’t let another producer within a mile of his mixing board; Spank gets knob assists from Pharrell, Diplo, Mark Ronson, Crystal Castles and Boys Noize. Santigold thanks Spank for “Shove It” by carrying the chorus on “Car Song”, and her Midas touch elevates it to a height not quite attained by the rest of the record. Official first single “Energy” comes closest, proving Juwan’s more than capable of holding up a hook on his own. “Ta Da” is another winner, with its spoken refrain and power chord support. “Nasty” employs a catchphrase Denver’s Ms. Easy and I have been tossing off for eons, but the beat is a little hit-or-miss. And cocaine ain’t my bag, but I’ve gotta hand it to Spank Rock for conjuring one of the most subtly clever coke odes I’ve ever heard in “Cool S#!+.”