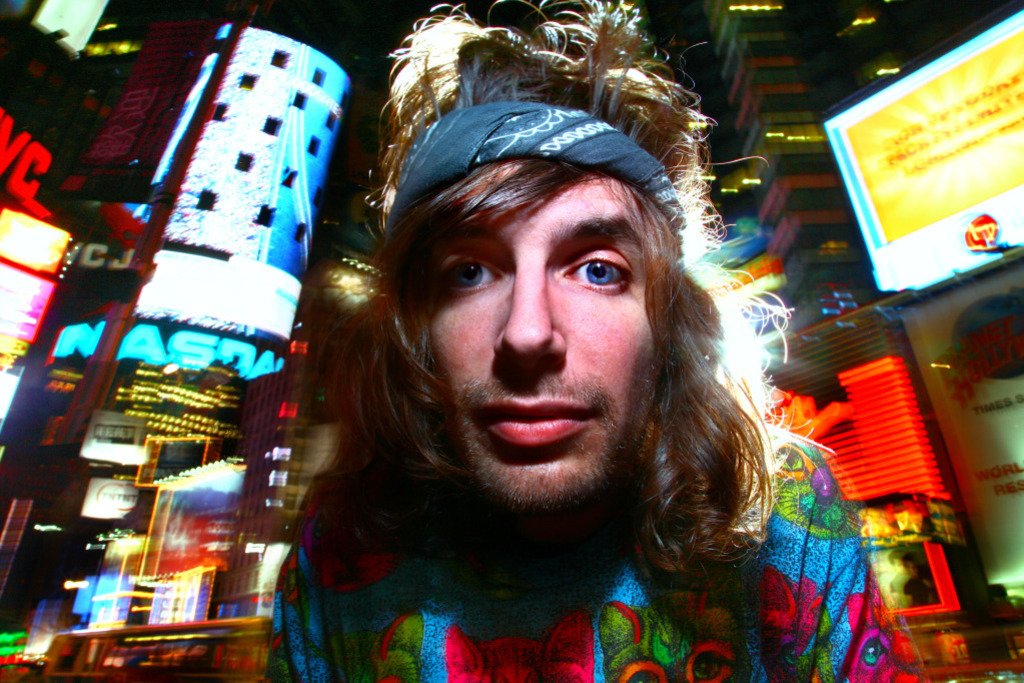 As seen in the March issue of 303 Magazine.

Getting paid to play other people’s music might seem like an easy way to make a living. Maybe that’s why everyone and their MILF is a DJ these days—all the benefits of rock stardom are possible, without out all the creative hassle of composition. Greg Gillis exists somewhere in between. All Day, his latest mash-up pastiche as Girl Talk, doesn’t feature a single original note, but it does distill hundreds of samples—373 to be exact—into a 71 minute mega-mix that was so sought-after upon its November release it practically “broke the internet”, according to MTV. Ludacris rides a Sabbath riff. Missy Elliot straddles The Ramones. “I Melt with You” melds with Jay-Z. Big Boi gets jiggy with Portishead.

“I try out a lot of different combinations. There’s more failures than successes. It’s not very intuitive for me, so I’m always experimenting with different combinations. In order to get to 373 samples, I may have actually cut up a couple thousand songs. There’s always fusions that kind of work, but I never wanna play anything live or put anything on record unless I’m 100% into it. I want to focus on marriages that are truly transformative.”

Transformation is crucial. Gillis banks his entire career on copyright law’s “fair use” loophole, which allows for reproduction of registered material within new works that’s of an educational and/or transformative nature. All Day is a crash course in modern pop music. Girl Talk shows are like music trivia dance parties (complete with occasional onstage coitus). Ear worm connoisseurs are possibly hip to Soulja Boy’s “Pretty Boy Swag”, but Aphex Twin’s modern electronica masterpiece “Windowlicker”, which Gillis employs beneath it, is likely foreign to them.

“Part of my impetus for doing laptop-based music was being influenced by guys like Aphex Twin and Squarepusher. I know people probably can’t hear it so much in Girl Talk, but it’s the aesthetic of highly chopped up source material and quick edits—all of that comes from that mode of music.”

A pretty penny is often coughed up by rappers dying to license samples to rhyme over. “Flat Beat” maker Mr. Oizo did pretend-threaten to litigate on Twitter, but Gillis’ pants haven’t been sued off yet, despite integrating artists as high profile as The Beatles and The Stones. Few acknowledge or espouse their inclusion, though. Dallas-based rockers The Toadies are a notable exception.

“The Toadies hit me on Twitter when All Day dropped, then started promoting it there and on their home page. They were the first band to endorse it. I’ve heard other people say positive things, but The Toadies were actually pushing it. I played in their hometown Dallas recently; they came out to the show and we met backstage. That’s never really happened before. They have a long career and definitely have a strong fan base, but I think they realize that a lot of Girl Talk fans might not know The Toadies. Now, they probably do.”