Nathaniel Rateliff and the Night Sweats have officially announced the date and location of their Annual Holiday Show — and the folk-holiday-extravaganza is set for December 16 at Ball Arena. Dubbed the “The 7th Annual, 10th Annual Holiday Show,” this year’s event mark the official return of the event, which went on an indefinite hiatus during the pandemic. Accompanying the hometown heroes will be special guests Marcus Mumford (of Mumford and Sons) and Hermanos Gutiérrez — a duo of brothers Estevan and Alejandro Gutiérrez, who will be performing just after releasing a new album via their label, Easy Eye Sound.

Rateliff and his band are beloved by fans for the close-knit relationships they feel they can build with the band. And the Night Sweats are returning that love to the Denver community with the return of their lottery system for tickets, which they introduced in 2018 to help their fans avoid the ticket pandemonium caused by scalpers and resellers. 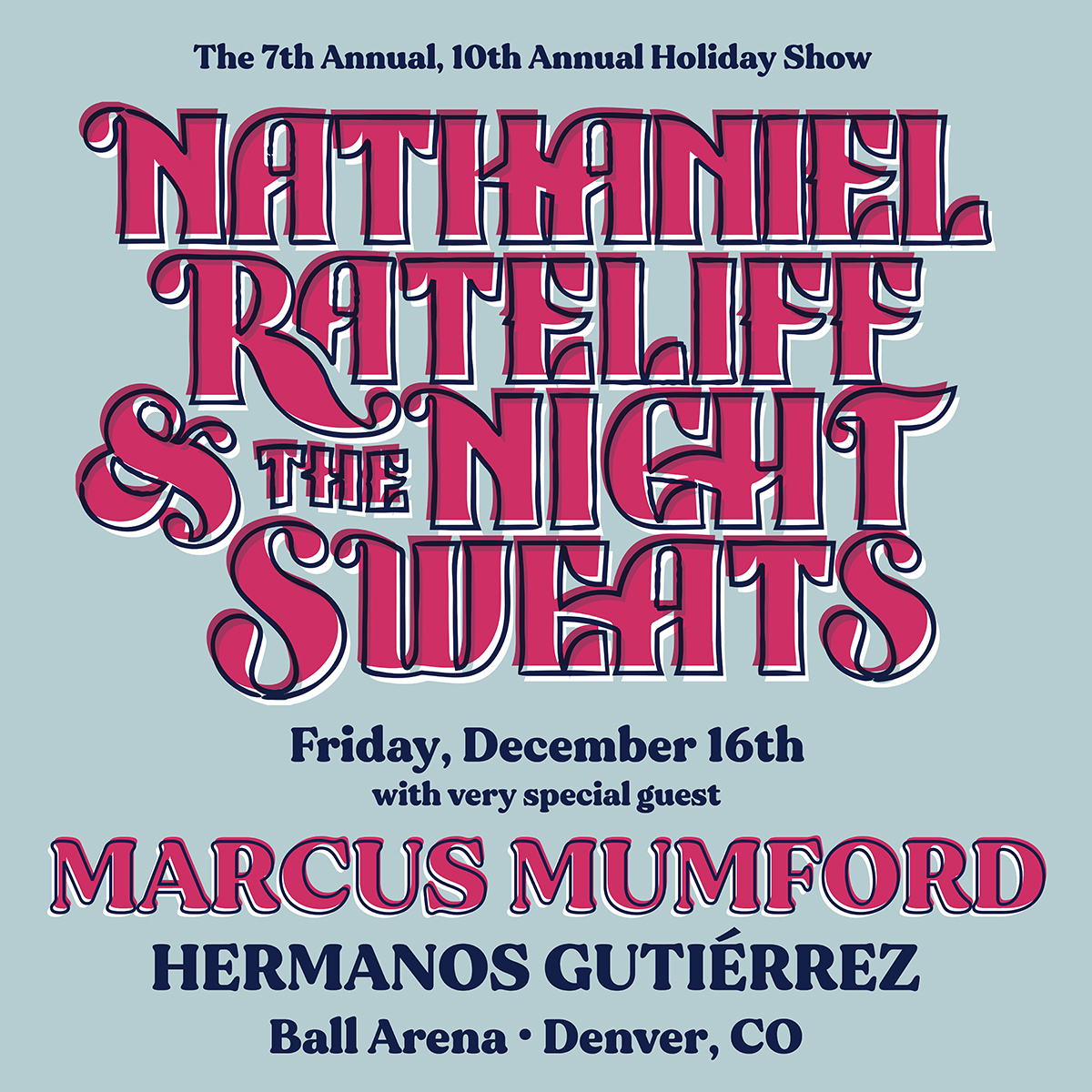 The band is also offering a special ticket package for this year’s holiday show — the Marigold package, which benefits Rateliff’s non-profit. And in addition to supporting a good cause, the $300 ticket package transforms the evening’s concert into a full night out, complete with farm-fresh food, complimentary bar service and an invitation to the pre-show party.

Established in 2017, The Marigold Project raises funds for other community and nonprofit organizations that work to solve economic, racial and social justice issues. From magnifying the stories of students who grew up in the face of gun violence in 2018 to establishing a coalition of nonprofits in 2019, the Marigold Project seeks to amplify others’ voices.

Tickets will also be available via the lottery system introduced by the band in 2018. Tickets purchased through the lottery range in price from $99.50 – 129.50. Fans interested in registering for the ticket lottery can register here until Wednesday, September 21 at 4 p.m.

Standard tickets will go on sale Friday, September 23 at 10 a.m. via Ticketmaster.