What started as a tribute to an admired memory of childhood bake sales ripened into a nationwide tour of sweet treats. Arnold Byun, founder of With Warm Welcome, created a project titled Bakers Box to celebrate and award coverage to Asian American chefs and bakers all around the U.S. Fortunately for us, Byun included Denver in his list of must-visit cities and uncovered an abundance of culinary artists that deserve more of our recognition.

Byun established With Warm Welcome in October 2019 — born out of a longing for more recognition towards Asian American chefs and restaurants. “With Warm Welcome started initially as a passion project, doing a podcast, and now we do a lot of different things, but in all of it the underlying message is to celebrate and then champion Asian American chefs and people in the food and beverage space,” Byun said. Although Baker’s Box is now his headlining project, it was not expected to reach coast to coast at first.

“It started as a bake sale because I felt like growing up, in the states and in Korea, bake sales were the easiest and the most fun way to raise money at the time. In that kind of spirit, I wanted to do a bake sale to raise money for a nonprofit that I work with a lot called Apex for Youth in New York City,” Byun remembered. 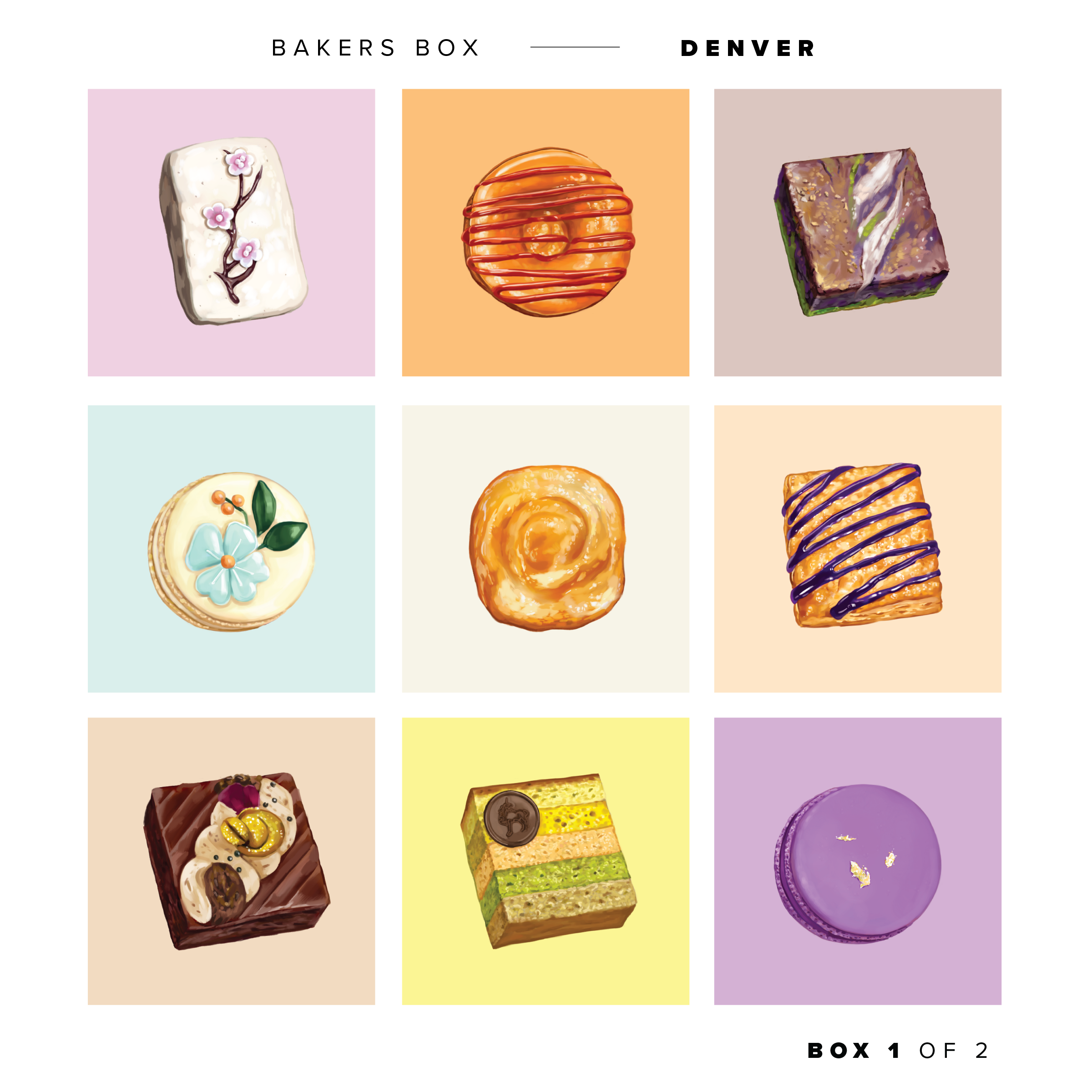 While planning and searching for the perfect spots, a devastating massacre in an Atlanta massage parlor occurred and begun the spiral of a tough year for the Asian American community. Due to this reality, Byun donated all funds from his first bake sale to Apex for Youth and then continued the sale when he moved to L.A. Just when he thought the project was over, he was flooded with requests to go to Chicago, Boston, DC and more.

“I sat down for a little bit and realized that I should probably do that. I felt like this project was needed in these communities, given the year that we had as an Asian American community. So, I planned a nine-city tour last year and then renewed it for another year for 2022,” Byun said. He’s hit every city on the map including Austin, Chicago, Houston, Detroit, Portland, Seattle and our beloved home — Denver. 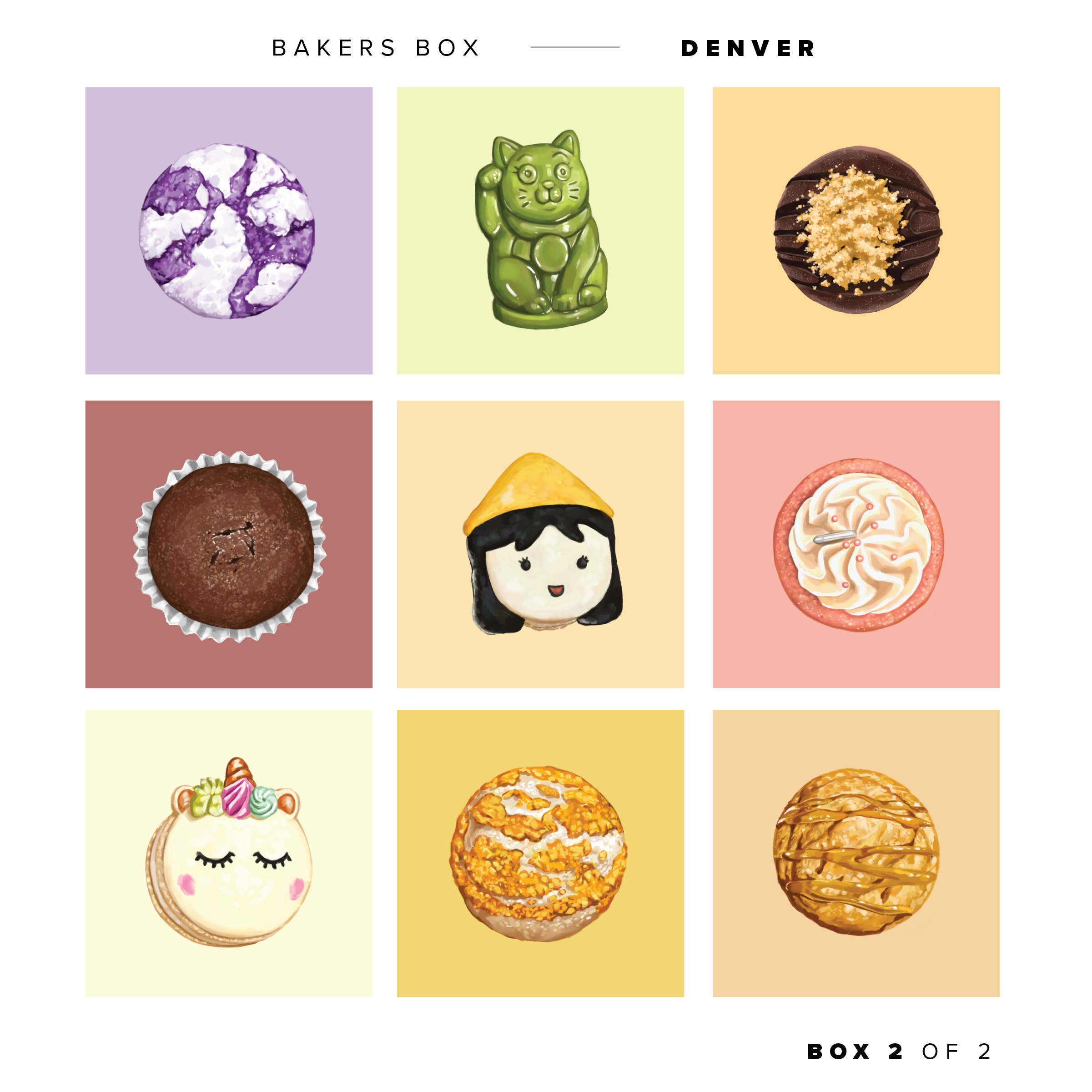 Byun accumulates 18 bakers within each state — both home and professional pastry chefs — to highlight within his box and personally travels to each city to sell. This one-day-only market is a unique and intimate way to support Asian Americans coast to coast while also gifting 10% of proceeds back to local nonprofits. For Byun’s Denver tour, he obtained the help of local baker Liane Pensack-Rinehart of Colorado Cocoa Pod to find the best creators in Denver. By working together, they created a box stock full of sweets that all deserve to indulge in — at least once. “Whenever I go somewhere, I’m with total strangers. I had never met Leanne until the day of the box, so it really is a project that comes out of good faith, good people and good intentions” Byun said.

The Denver bake sale occurred at Stem Ciders RiNo on June 29, but that does not mean we can’t enjoy these treats ourselves. The purpose of this project is to gift more public coverage to these Asian American bakers and curate long-term business. Although Byun was in Denver for one day only, we have the pleasure of entertaining our tastebuds with these creations whenever we may please. A few noteworthy names that found themselves in Denver’s Baker Box include Jada’s Mochi Donuts, Rising Tiger, The Enchanted Oven, Sam’s Blissful Macarons and so many others. Byun’s call to action is to support these small businesses — there is no better excuse to visit our ascending Asian American bakers and spoil with the sweetest of treats.

Angelia Han — Not Yo Mama’s Cupcakes