Intruders Flea celebrated a year of the iconic market with live art production, vintage resale and a community of support and opportunity. 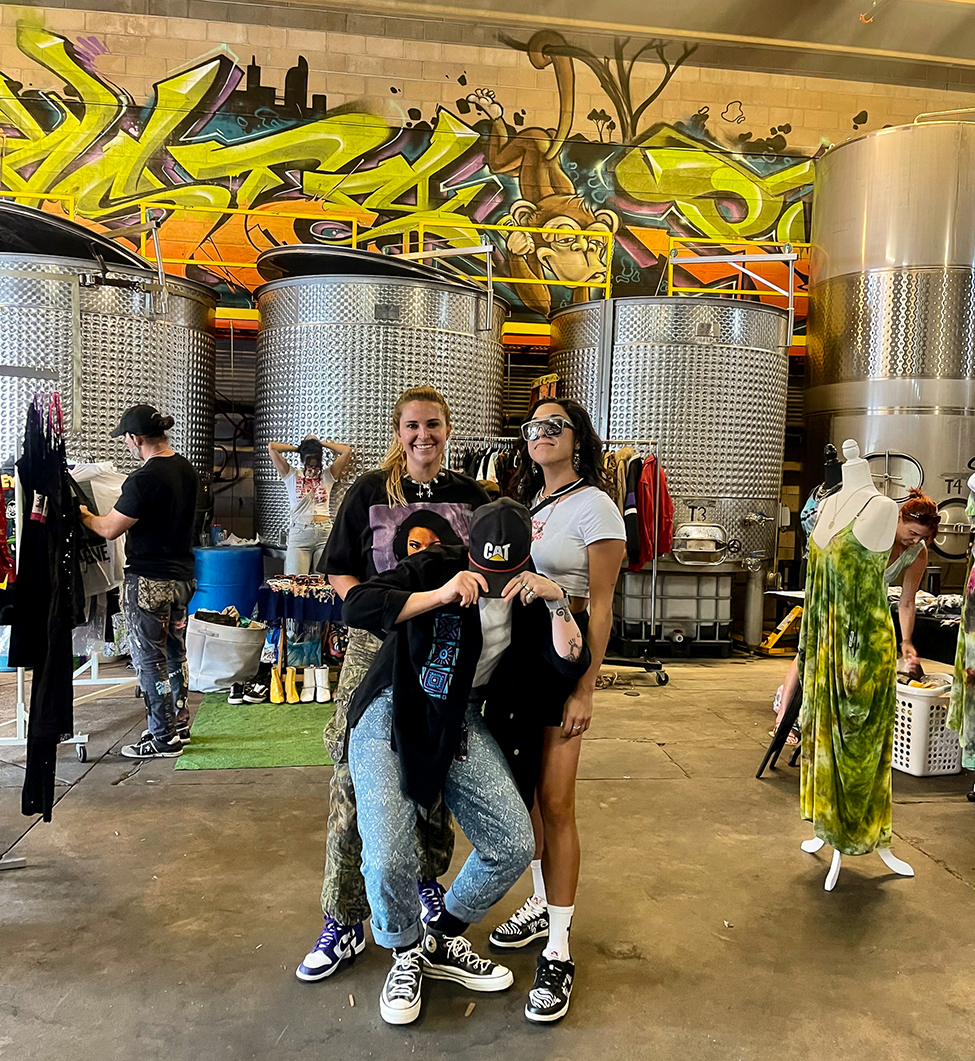 The market’s founders, Lily and Morgan, used the anniversary to reflect on the origins of the market – one that centered around affordability, accessibility and intruding on a male-dominated space.

“I realized quickly that a lot of the markets around town are really expensive. Morgan and I started selling together, and you pay quite a bit to sell at an event. There just can be obstacles,” Lily expressed.

“I particularly like streetwear –which isn’t always what I sell but it’s what I like – and it’s very male-dominated,” Lily continued. “I wanted to create a market that was centered around females and non-binary folx just to provide our own space where men particularly will be invited to come but it’s not their space.”

The backstory for the market comes from similar notions. With her personal resale shop, Lily wanted to change what it means to intrude on space. Living alone at the time, Lily sought comfort from fear by redefining the word.

“So I had the idea of changing the concept of ‘intruding’ – of not being scared and just also the concept of intruding into spaces that maybe typically I wouldn’t be welcomed or invited,” said Lily.

Morgan, Lily’s partner in curating the flea, has been reselling for the past eight years. When she first met Lily, she describes herself as being “deep in the trenches of men’s vintage.” Recognizing a similar hustle in one another – particularly in the male-dominated world of streetwear – Lily and Morgan teamed up.

With their monthly market, Lily and Morgan continue to create a welcoming space for women and non-binary vendors in the sustainable fashion scene. 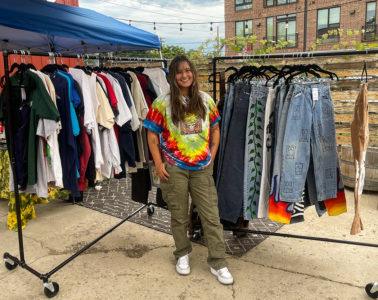 “The space that Intruder’s created – it wasn’t meant for the hype vintage folk that we see displayed on Instagram and ThriftCon,” Morgan noted. “We do sell the same t-shirts, the same outerwear that these men do, but we wanted to include the overlooked vendors that create a more unique and safe space for selling that type of vintage that is so popular with men in general.”

Above all else, however, Lily and Morgan emphasized the importance of staying true to their roots. No matter how much the market grows, Lily stays committed to accessibility and affordability by keeping the vending fee low. Additionally, first time vendors can always sell for free. 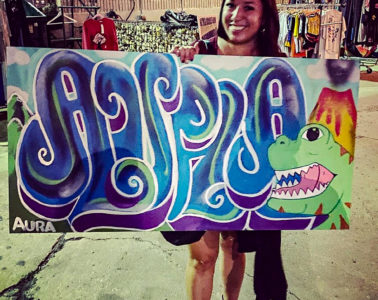 Aura’s piece was created live throughout the Intruder’s Flea event. Photo courtesy of @intruderaflea on Instagram.

And community they created: at their July market, vendors spanned the inside and outside of the space, mingling with attendees and purchasing from each others’ shops.

This community vibe was enhanced through live art production by multiple female graffiti writers.  Aura painted a piece throughout the night outside Infinite Monkey Theorem. Additionally, Auni was painting and selling her art inside the space. These artists represented yet another intrusion: one of women in an artform typically owned by men.

“I like it – the rebellion of it, especially in a male-dominated space where I was not being taken seriously,” Auni said of her passion for graffiti writing.

Evans sends this love right back, pointing to Lily’s persistence as crucial to the market’s success.

“It’s really incredible to see an idea from one person, to see one woman execute something that’s not easy to execute and bring it to full fruition for a full year,” Evans stated.

The next Intruder’s Flea Market will be held August 26, 2022 at Infinite Monkey Theorem (3200 Larimer Street). More information about this event and future markets can be found @intruderswear on Instagram.

Editor’s Note: Lily and Morgan’s last names were left out of this article to protect these sources’ political identity. Updated on July 26 to clarify photography credits.