Denver is infamous for the booming electronic music community that’s grown to global prominence throughout the past 20 years. With Red Rocks in our backyard and festivals like Decadance, Global Dance and most recently High Ground, it’s no surprise that fans and artists are drawn to the alluring culture cultivated by some of the industry’s most recognizable creatives who call Denver home. From GRiZ and ILLENIUM to Dabin and Mersiv, there’s no shortage of notorious DJs and producers residing in the Mile High City. Every year, Global Dance Festival (GDF) shows off Denver’s diverse roster of electronic artists big and small. This year is no different. Here are five Denver-based artists ripping up the stages at GDF later this month.

Fresh off the collaborative Brad EP with Kyral x Banko (who are also based in Denver), released on Liquid Stranger’s WAKAAN label, Mport has been carving his own lane in the industry through comedic samples, goofy antics, the wubbiest wubs and explosive dubstep for more than half a decade. Whether he’s dropping trippy bass on “Vibration Gun” and “Morning Wook” or experimenting with bass-house on “Banger,” you can always expect some lighthearted fun and music that doesn’t take itself too seriously. That’s what makes his sound so great. It’s music made to be enjoyed in every setting, at any party.

303 Magazine: What makes Denver’s electronic music scene the premier destination for EDM fans and artists from across the globe?

Mport: Denver has such a diverse scene and a love for all types of electronic music. It’s standard that five to seven electronic shows will be happening all at once on a Saturday and all of them are sold out. The people are here for it. The energy of the crowds is immense. Denver crowds will be jumping, dancing, moshing, jiggling and just going full-send from start to finish. The city and scene are also pretty educated in the music so they’ll know the words or the wubs and sing along even to some pretty underground music. Denver will always hold a special place in my heart for playing shows. 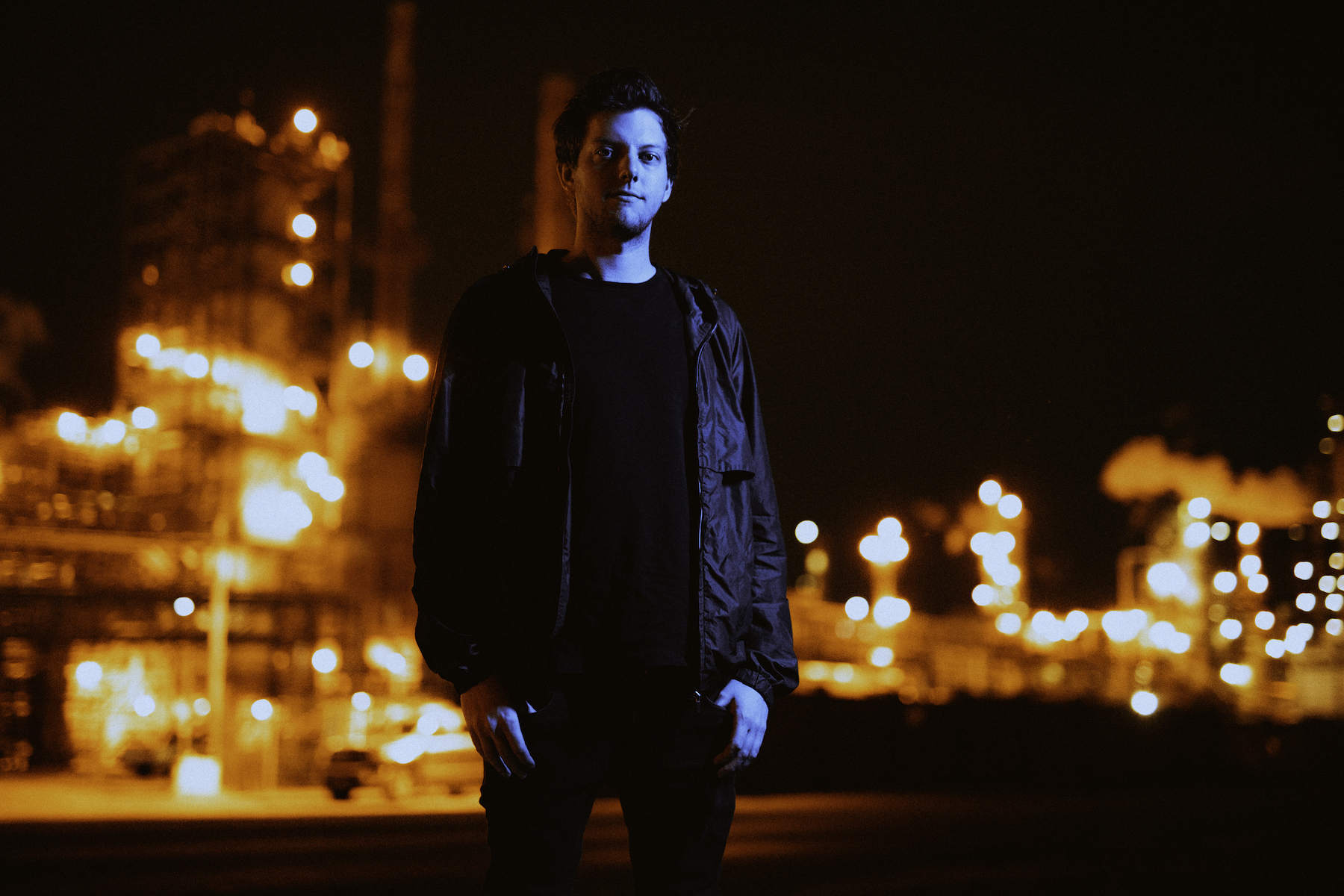 There are also so many different venues as well. For the average show-goer, it’s very easy to switch it up and see something new, somewhere new every week! I can only see this scene growing like it has, introducing new acts, venues and large-scale events. Personally, I can’t wait to play my next gig in Denver.

Brondo exploded onto the Denver scene in 2019 with a genius idea: charge one banana (yes, I’m talking about those silly yellow fruits) to see his debut performance, appropriately titled “Welcome to the Bass Jungle.” The king of the bass jungle has spent the last three years shaking the industry trees, blasting insane dubstep through festival speakers and uniting headbangers across the Mile High City and beyond. With co-signs from legends like ILLENIUM (who brought Brondo out for his festival at the Gorge Amphitheatre in May) and official remixes for SLANDER, it’s clear Brondo is earning some well-deserved respect in the industry.

Brondo: Denver has always been the capital of dubstep and bass music, I feel since 2010. We have always had a bigger appreciation for the music. The energy that Denver gives does not compare to anywhere else in the country. People move with all of their heart and body like this music is their therapy. Many of the biggest producers from Europe have moved to or near Denver to be closer to the scene simply because this is where the music is listened to the most. 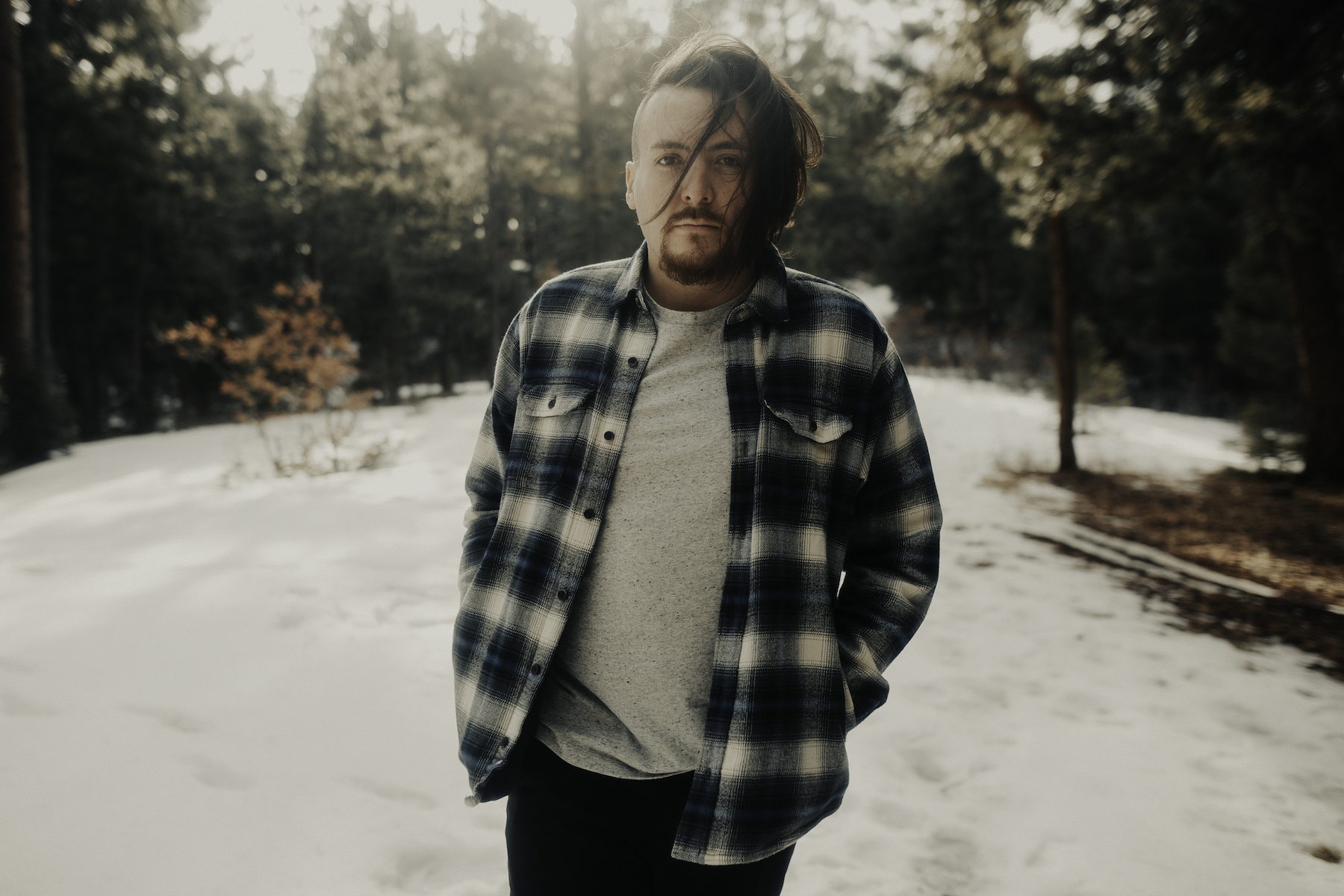 Known for combining pretty guitar melodies and punk-rock vocals with traditional dubstep and heavy bass drops, Decadon has been bridging the gap between rock ‘n’ roll and bass music — a genre he calls rockstep — for more than a decade. At first glance, Decadon’s music seems like a casual blend of Dabin and Sulivan King with a dash of Skrillex. Even still, the Denver-based DJ occasionally ventures into light reggae dub on tracks like “Hey Bud” with a healthy mix of wammy guitar, crunchy solos and some sax to level the track out. From SoDown to Boogie T, Decadon’s influences run deep and it’s clear he has a deep respect for the genre.

But don’t be fooled, Decadon isn’t some replica of modern EDM’s biggest fads. He’s carving his own lane and putting a fresh spin on the genre at the crossroads of rock music and dubstep. We’re here for it, and you should be too.

Decadon: I think it has everything to do with the attitude the community has. Denver has such die-hard fans of this music and such a broad range of subgenres within the EDM umbrella, and it just creates such a cool environment out here not only for the listeners but for the artists and everyone else who works in and around the scene as well. We also have so many wonderful venues to experience these shows at. 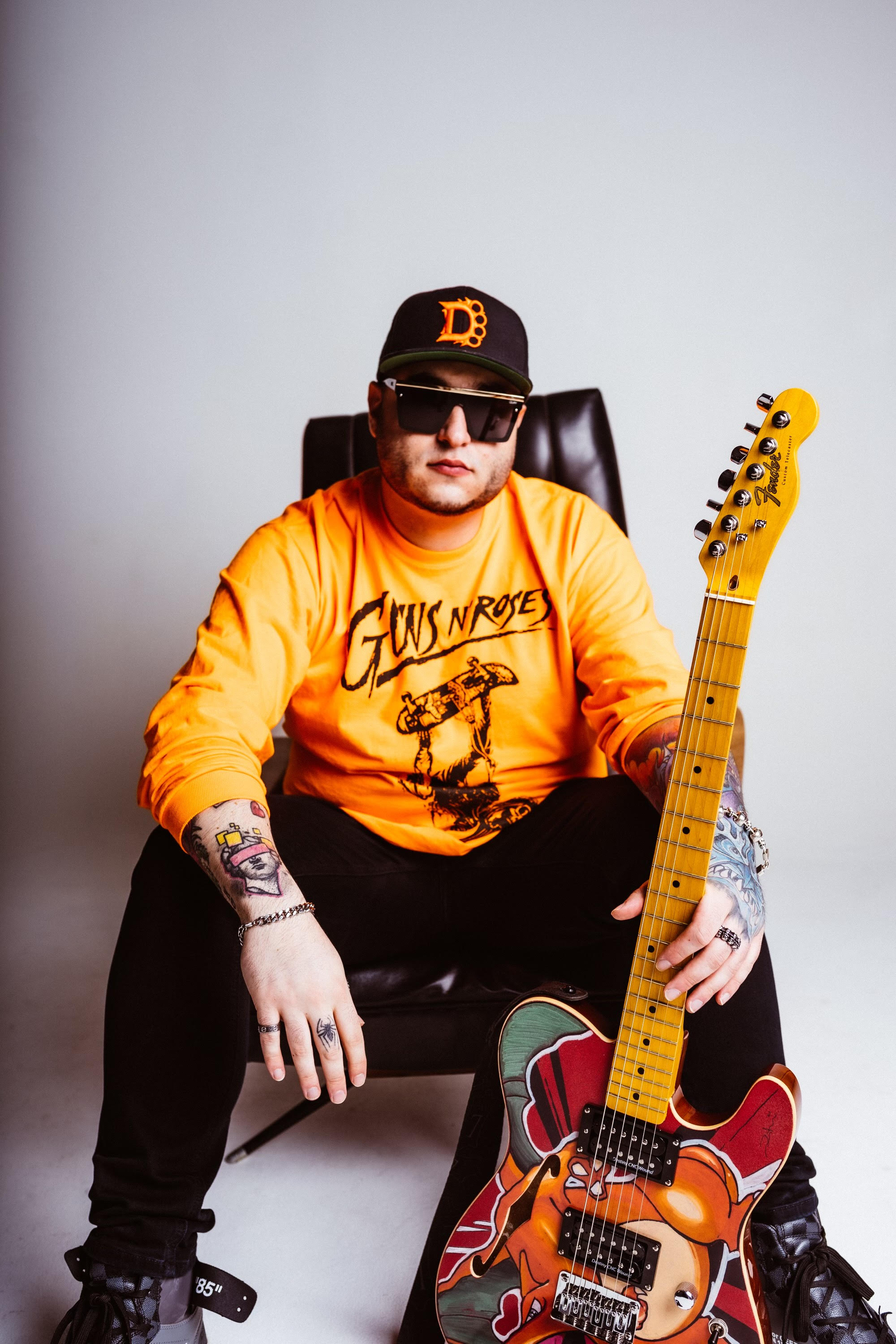 A staple in the Denver house scene, Ecotek is no stranger to late-night parties and deep house vibes. Kostas Kouremenos, better known as Ecotek, is a man of the culture. His DJing prowess dates back to 1998 when the EDM scene was truly an underground counterculture. Without the fancy production and bright strobe light, the only thing that mattered back then was the music. That’s the spirit Ecotek has kept alive during countless appearances at Global Dance Festival, sunrise sets in Ibiza and opening performances for Tiesto, deadmau5, and ILLENIUM. From Cancun to Athens (where Ecotek grew up), he’s performed at some of the biggest party cities in the world. But, according to Ecotek, there’s no place like Denver.

Ecotek: Denver has deep roots in the electronic music scene since the late ’90s from the all-night underground warehouse parties to the famous “Rave On The Rocks” that became “Global Dance Festival” in 2002.  Denver’s electronic music scene and artists feed off the history of amazing parties, playing at iconic venues, incredible nightclubs, and youthful musically to open-minded EDM fans, creating a Colorado festival vibe that everyone wants to experience. 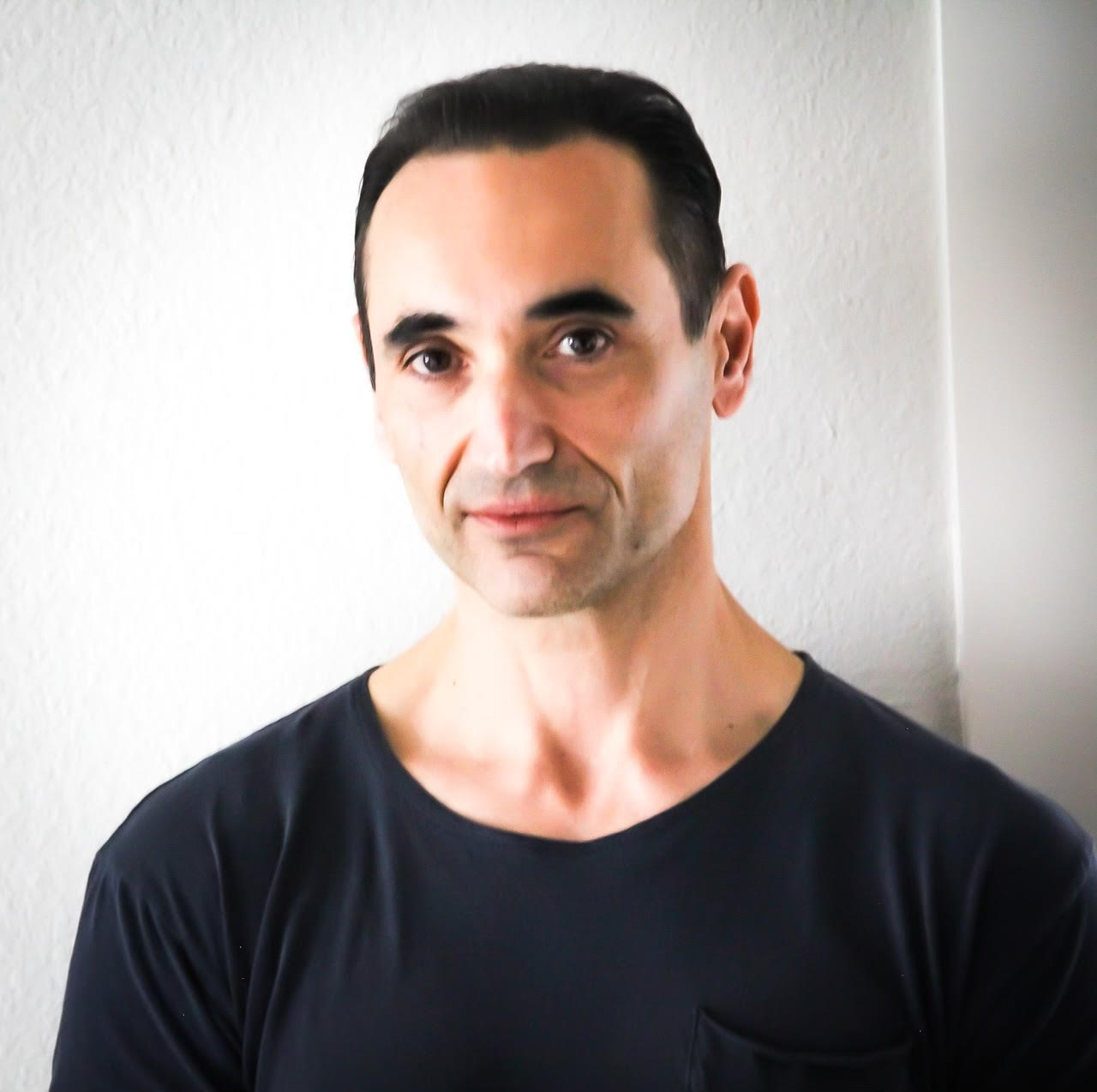 Vedic is a man of the people — a DJ who’s known for curating late-night parties in clubs across the world. Recently, the Colorado native has been busy spinning CDJs in Tulum and Cancun, but he’s back in town to get in touch with his roots and show his fans what he’s been up to. Performances at Denver’s most iconic venues like Black Box and Temple, a 2 a.m. set at 303 Magazine’s first CADENZA event and Afterhours sets until 5 a.m. are just a few examples of Vedic’s relentless grind towards DJ stardom.

Playing GDF is a special moment for Vedic, who grew up frequenting the festival as a fan. In a recent interview with 303 Magazine, he said about his debut performance:

“It feels amazing. It feels like I’m doing something good — like my career is moving forward. Playing there is a great opportunity and exposure. I grew up going to global dance so now being a part of it means a lot.” 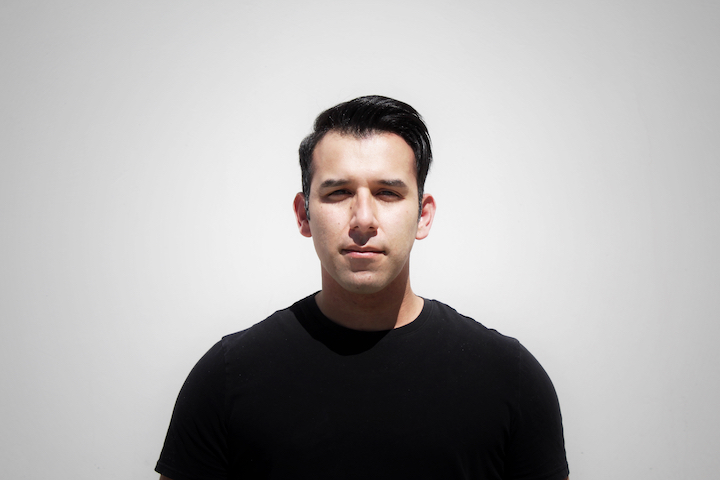