Bright Eyes brought the “highs and lows” to Mission Ballroom. The Mile High City welcomed indie band Bright Eyes last Thursday night, June 30, for their first tour since the pandemic. This spring and summer tour supports their latest full-length album Down in the Weeds, Where the World Once Was. An arrangement of unique styles hit the stage with a fiery presence. Sans guitarist Mike Mogis, who was out with COVID, the band stepped out of the dark into the eyes of their awaiting fans. Their animated and funky vibes provided a pulsating release for any anguish Thursday night. 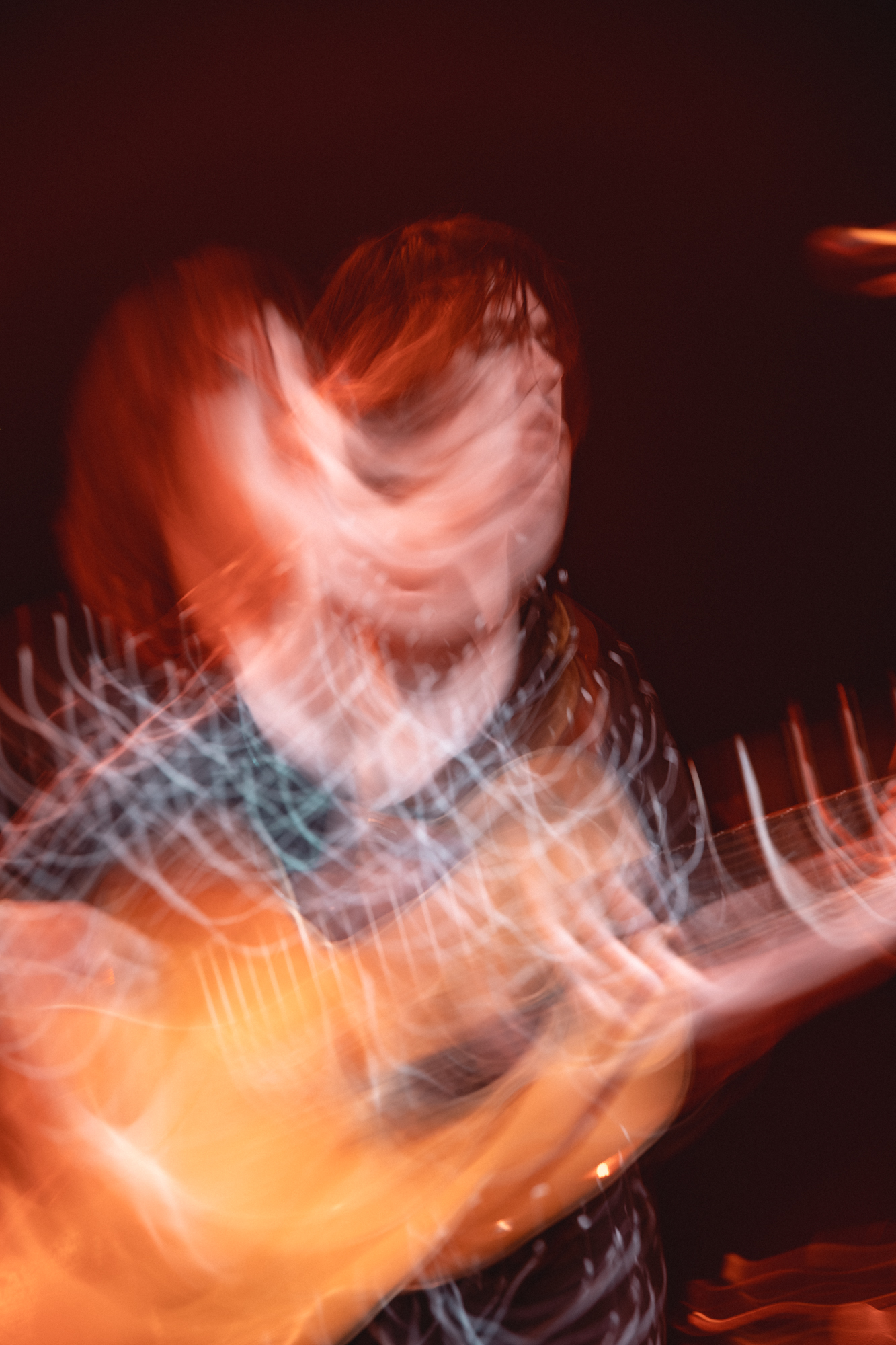 Doors opened as the sun set in the cloudy sky, allowing for the seasoned audience to settle with their beers and peers. Platform combat boots and mom jeans filled the venue. General admission included general seating, likely to allow guests to enjoy the show comfortably. Many moved their party after one too many shots of Maker’s Mark. Fans brought anyone they could think of to the show.

Hurray for the Riff-Raff lit the stage pink with their kaleidoscopic and mind-expanding sound as the opener for the night. Led by Alynda Segarra, the band floated onto select tour dates. Their hour set was filled with guests like three-fourths of Canine Heart Sounds and instrumentalist Miwi La Lupa from the Bright Eyes backing band. Segarra’s “nature punk” voice carried through the crowd like a sonic wave. Each note enchantingly left the audience in a dreamy haze. 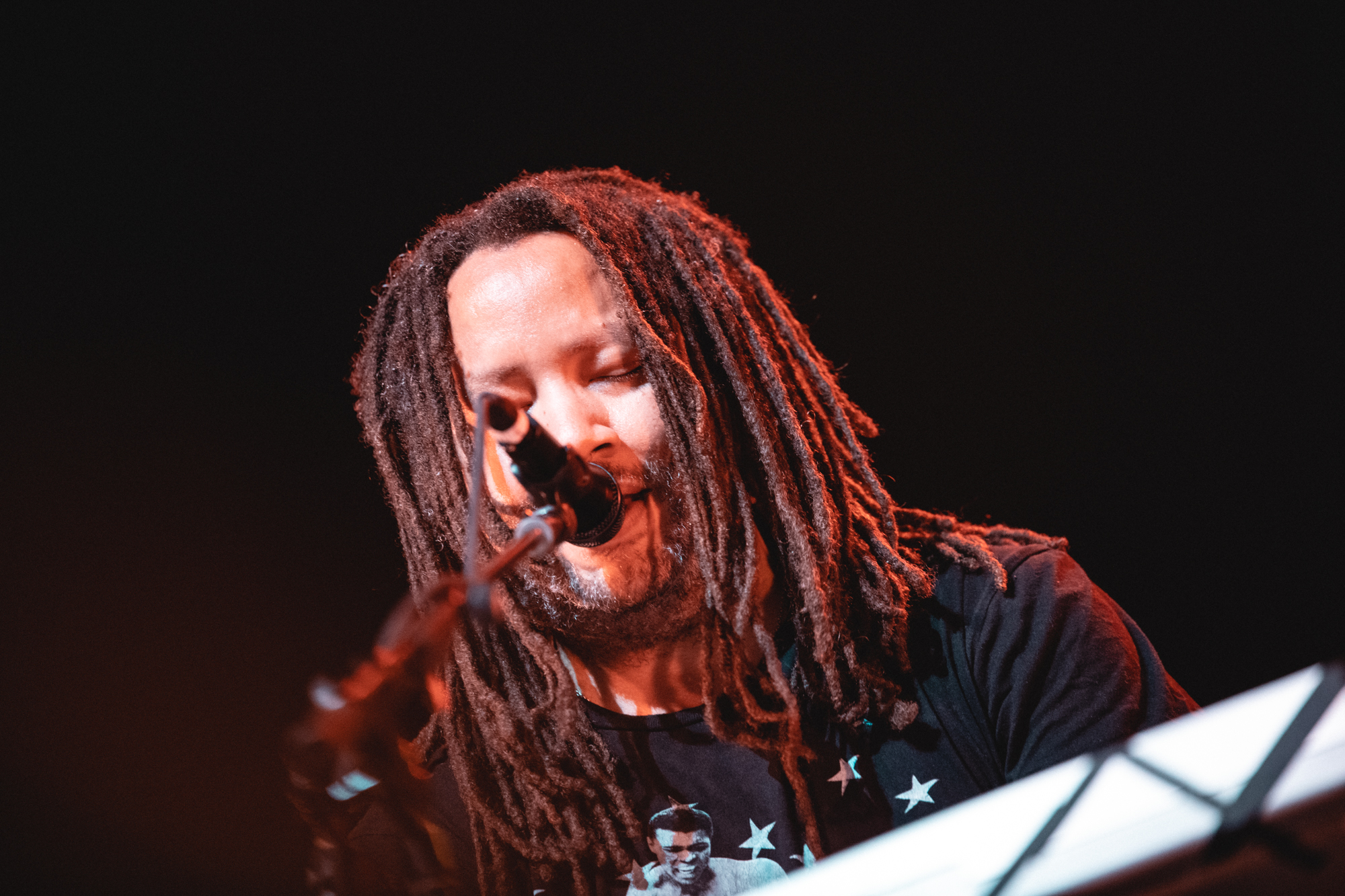 Bright Eyes sported a Snellen Eye Chart in the background — the eye chart most commonly used for eye exams. The play on their moniker was inspired by a scene from Planet of the Apes. The audience lost their minds when Bright Eyes’ backing band hit the stage. This crowd was ready and would not be disappointed. Shirts were lost within the first three songs. And who could pull off mic drops on the intro? Conor Oberst. He had the right after nailing a dance break and capturing the energy of the audience within seconds. “I need my oxygen,” he said with sweat caked in his hair. 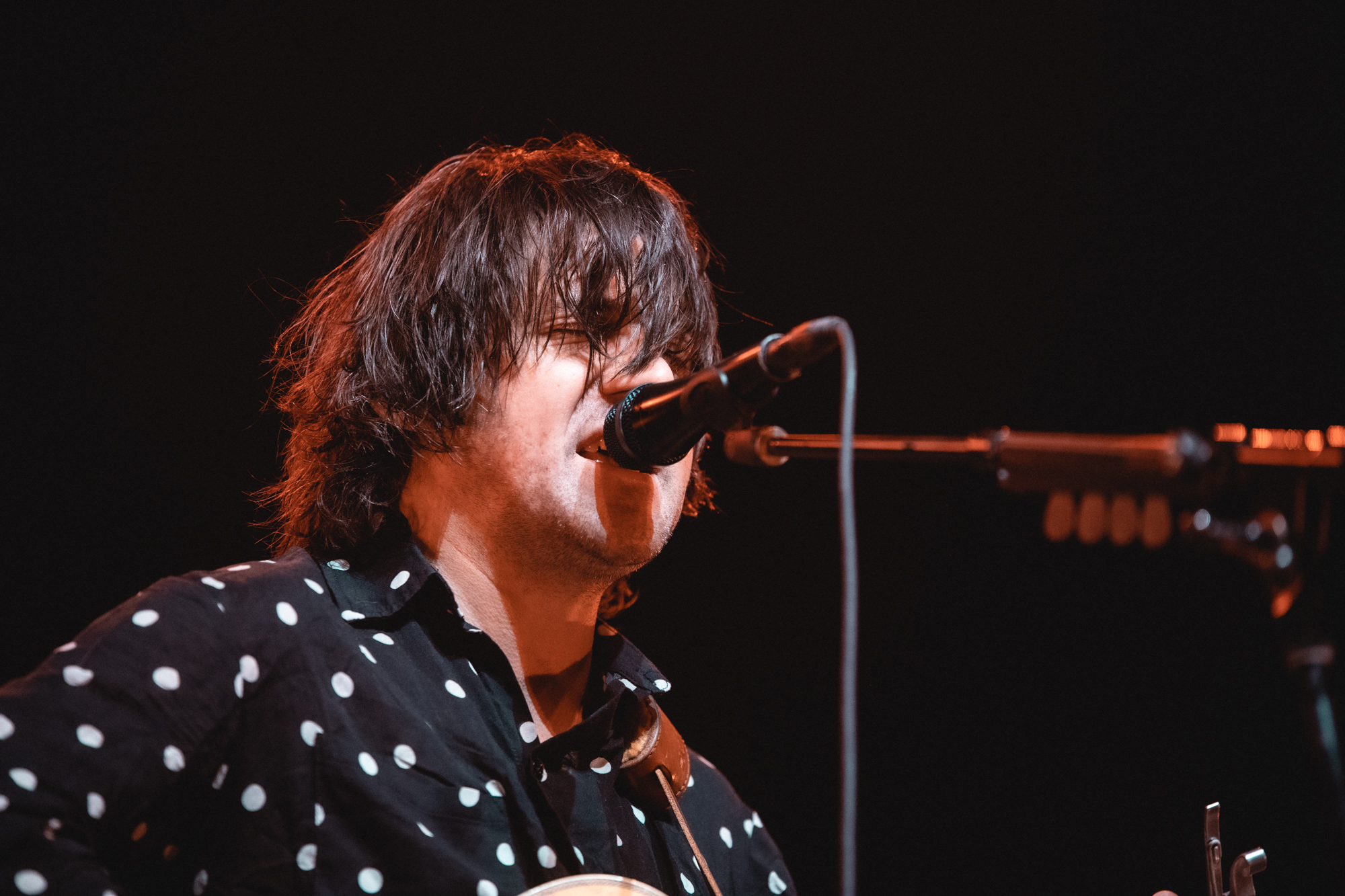 Bright Eyes switched between emotions rapidly. During one song your heart raced along with the sticks hitting each drum; the next, you could feel a tear sliding down your cheek. Bright Eyes took the audience through grief, trauma and survival. Oberst took a moment to remind everyone to take the next person’s health into consideration because, as the age-old saying goes, you don’t know what they’re going through. “Everyone had plans in 2020,” he said. The band not only touched on the political but also unfolded memories of the past two and a half years.

The mastery behind the backing band was breathtaking. The variety of instruments included clarinet, baritone saxophone, violins and more. The various style changes progressed throughout the show easy as a breeze. The band was all smiles as they played along to the experimental indie rock featuring head-turning soloists with a clear passion for their art. The set list spanned the breadth of their catalog, but Bright Eyes’ emotional take on indie-folk primed the crowd for whatever was to come next, including an emotional encore.