Photo courtesy of the California Honeydrops

Hops Drops Music and Beer Festival — formerly known as the Evergreen Music Festival — was in full force last weekend. New in name but not in its purpose, the festival took place at Buchanan Park in Evergreen from noon to 9 p.m. on Saturday. The homegrown concert started in 1966 with “an intent to bring classical music to the mountains” and has since evolved into a diverse concert experience for the community to enjoy good beer, live music and of course, family time.

For the city, it’s an important source of income and for the citizens a chance to showcase their beautiful city in its seclusion. The event was visitor-friendly and locally ran on every aspect of its production. From the on-site volunteers and vendors to the security and leadership team, the event was a complete showcase of a small mountain town creating an inclusive event for all to appreciate.

With well over 10 different craft brewers present, finding a tasty beverage was an easy task — picking the right profile was another story. Some of the brewers present included El Rancho Brewery, Green Mountain Brewery, new operator and longtime local business owners Logan and Riley Boone’s Evergreen Brewery and more. Thanks to the help of the Boones and fellow community leaders the event was a success, despite overheard conversations from staff suggesting a hecticness surrounding the day. Whatever the case, the hosts did well to shield any frustrations away from the attendees. After all, running a music and festival showcase is no easy task, even for only a day. 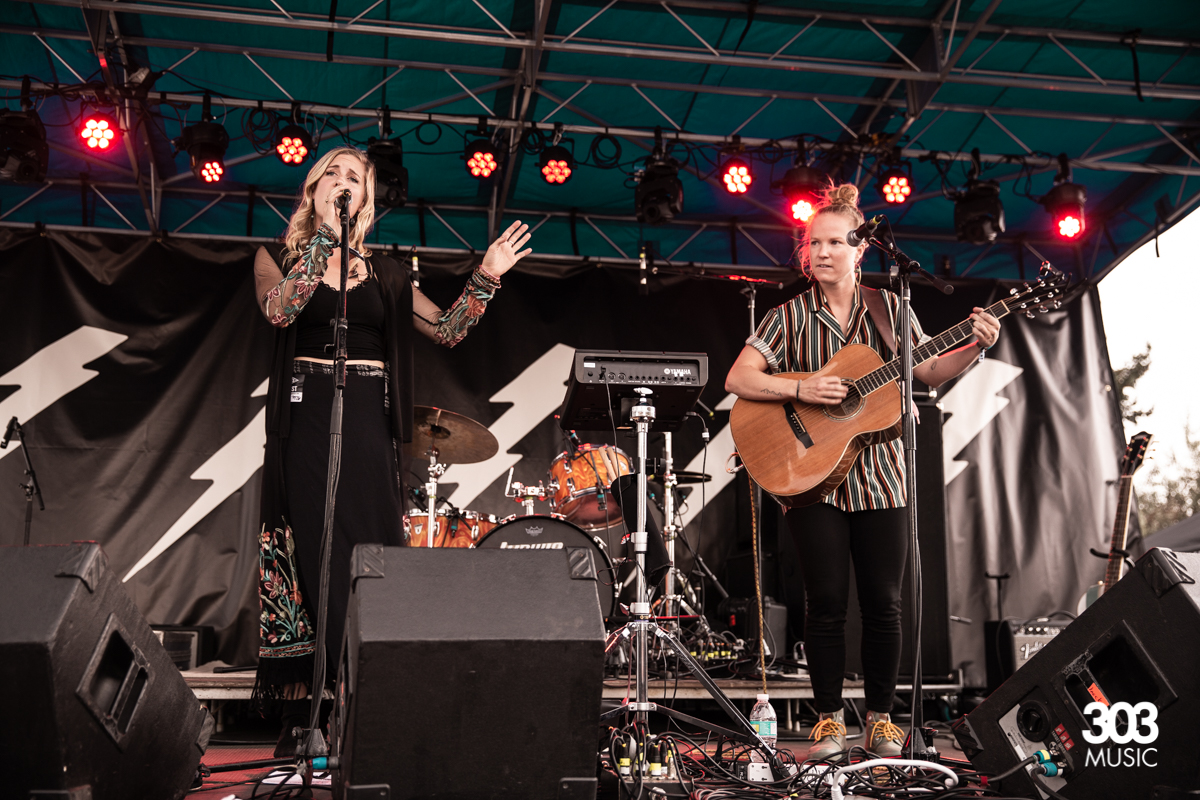 When new management takes over there’s often a rough period of transition but Hops Drops Music and Beer Festival hardly skipped a beat — a promising sign that the event will continue in the future with more local and national artists attending. This year’s event booked 10 artists, taking up the day from 12:15 p.m. to 9 p.m., with performances by Lvdy, Extra Gold, Heavy Diamond Ring, headliners The California Honeydrops and more.

The small-scale event offered general admission as well as bonus admissions, depending on what you were looking to do. Additional purchases could be made on top of general admissions like a yoga session, beer-tasting or a combination of both. Aside from the constant threat of rain from the looming grey clouds, the city concert proceeded with only occasional droplets from time to time, relieving the performers of any worries of a low turnout come their set time. 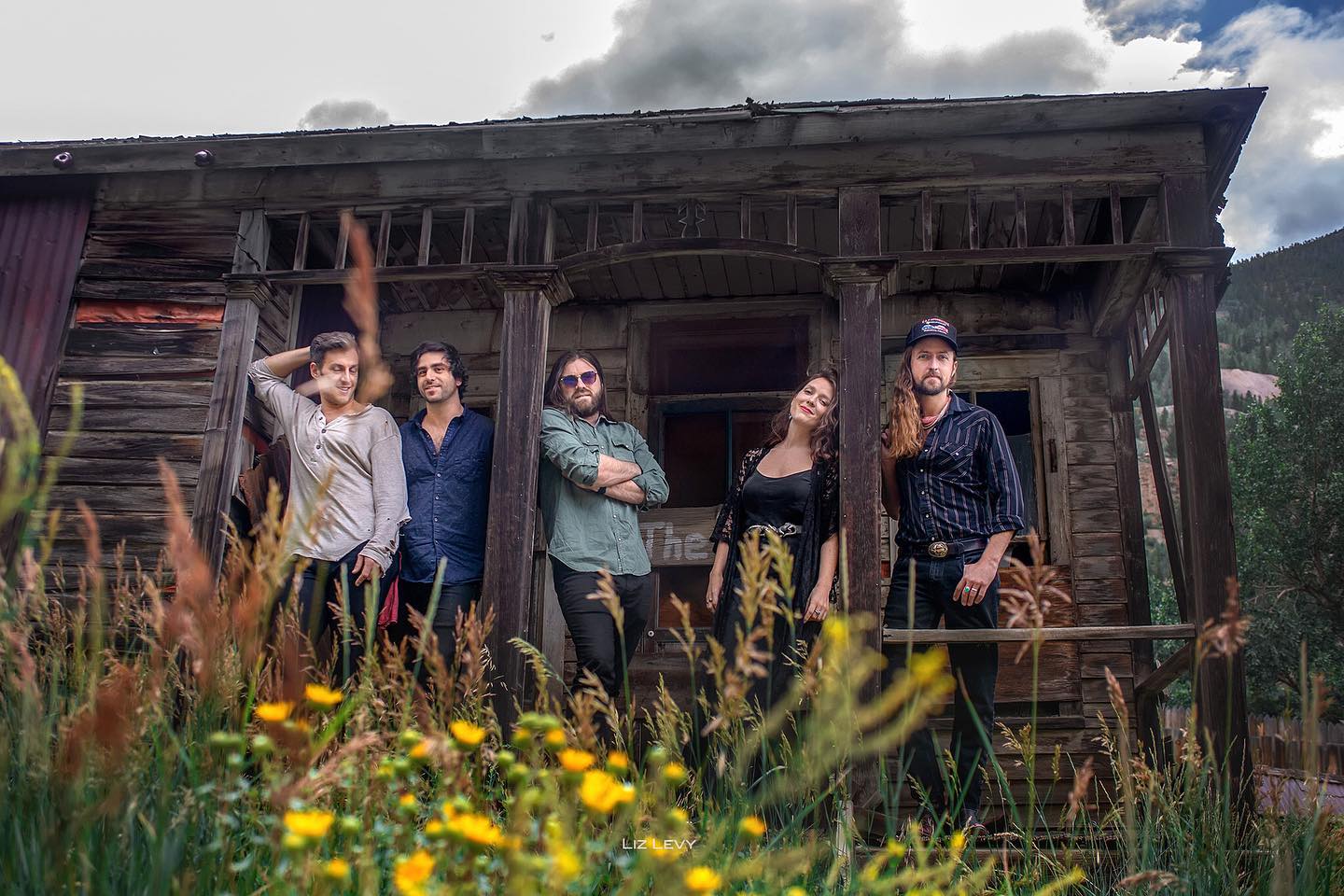 Each artist group put on an entertaining and respectable performance given the nature of the festival and its audience. Every band looked as if they were playing a special show for family and friends, which could partially be true, but it made the experience all the more welcoming. The event felt more like an enormous family picnic and less like an advertising playground for companies and sponsors. At one point during the Heavy Diamond Ring set, lead singer Sarah Anderson took time to address an attendee’s concern over a missing hula hoop. The whereabouts of the hoop are unknown at this time, but it goes to show just how community-driven the day was. 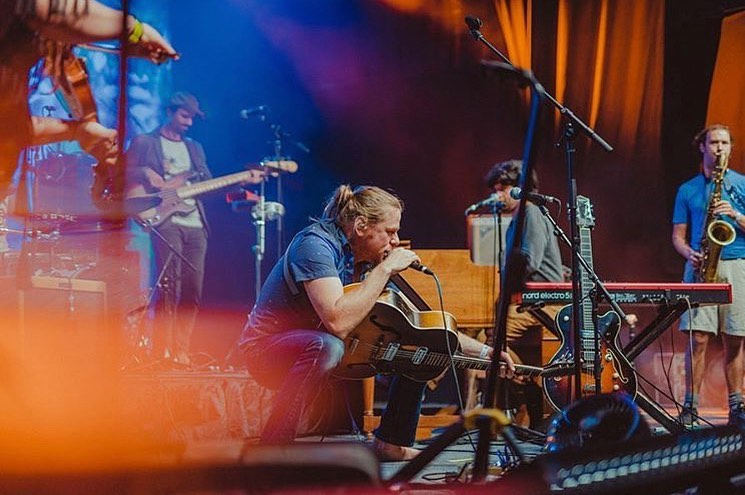 Courtesy of The California Honeydrops

“This is our first time in Evergreen and it’s beautiful out here!” stated The California Honeydrops. The Oakland-based band closed out the night to a gleefully damp audience and although they were the headliners, it was the background teams that were the true rockstars. It’s hard to believe that a show as large as this went without an obtrusive and obnoxious individual to sully the experience — but that’s not by luck. It was outdoor-oriented, pet-welcoming and most importantly, family-friendly.