First Carbon Positive Hotel in the U.S. Set to Debut in Denver by 2023

On April 22, 2022, a groundbreaking ceremony was held in Denver for the first carbon-positive hotel in the country. Opening in late 2023, Populus will be a 13-story hotel comprised of 265 rooms, complete with a rooftop restaurant and bar, all designed to serve as an architectural landmark and significant milestone for the future of sustainable travel and a sustainable planet. 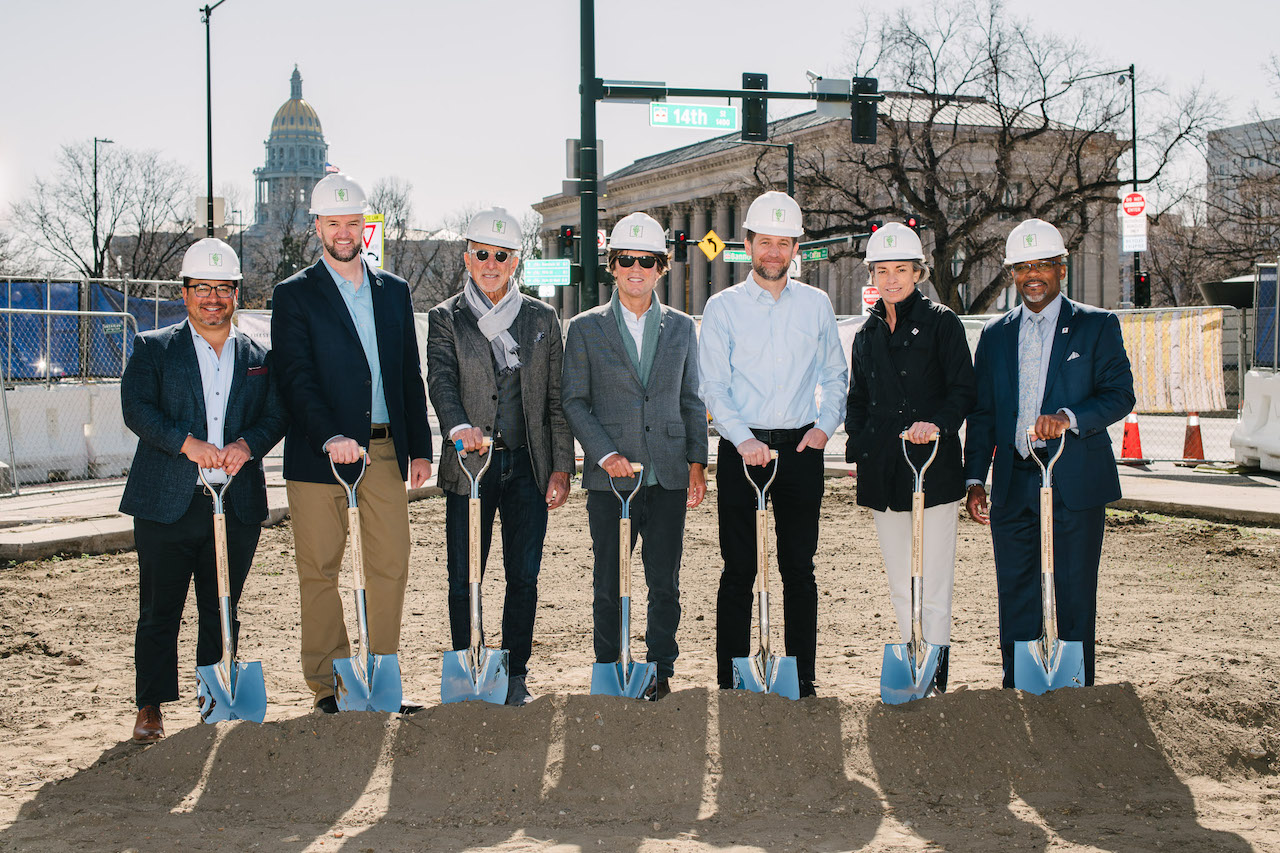 Ground-breaking ceremony at the future site of Populus, the first carbon-positive hotel in the country. Photo by Ryan Dearth.

Developed by Urban Villages, a leading real estate developer and environmental steward, Populus will be the first of its kind to be entirely carbon positive beginning with its construction and continuing through to its ongoing operations. Not only is Populus a catalyst for change in response to the immediate environmental crisis we face, but it’s designed to meet the needs of today’s travelers in an architecturally beautiful way.

In addition to their on-site sustainable efforts, Urban Villages also puts into place significant ecological efforts offsite, including an initial commitment to planting trees that represent over 5,000 acres of forest — offsetting an embodied carbon footprint equivalent to nearly 500,000 gallons of gas and removing additional carbon dioxide from the atmosphere.

“To truly impact our earth, carbon-neutral developments are no longer enough. Populus will be entirely carbon positive starting with its construction and continuing through to its ongoing operations while acting as a vibrant social center for locals and visitors,” said Grant McCargo, Urban Villages’ co-founder, CEO and chief environmental officer and partner. “Not only will Populus be the country’s first carbon-positive hotel, but it will be a stunning architectural landmark by Studio Gang that will forever alter Denver’s skyline and contribute to the architectural legacy of the entire mountain West.” 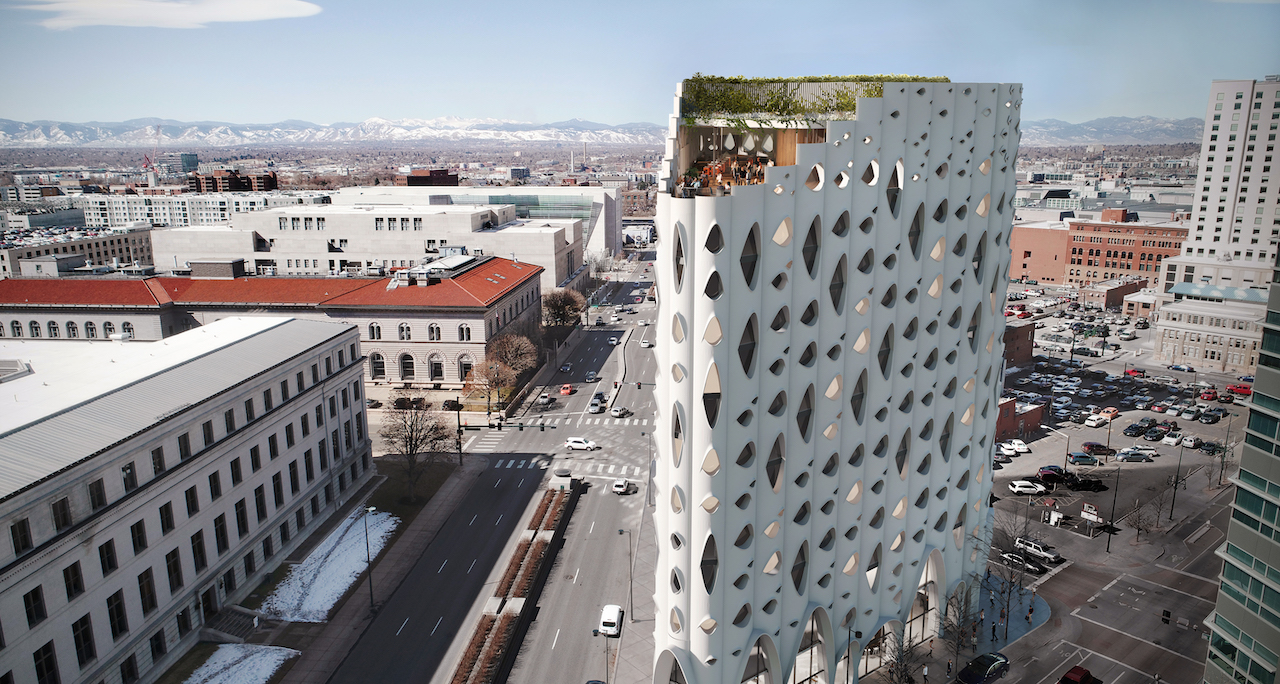 For the design, Urban Villages is partnering with world-class architecture firm, Studio Gang, which holds a shared interest and commitment to sustainability and creating spaces where people can connect with each other and their environments. Their first building in Colorado, Studio Gang designed the hotel with distinctive features that will forever alter the Denver skyline and the way we think about building for our future.

Inspired by nature, one of the most distinctive design features of Populus was drawn from one of Colorado’s most beloved trees, the Populus Tremuloides, also known as the native Aspen. From the outside, the building’s modern windows imitate the “Aspen eyes” of the bark. The “lids” over each window are designed to help shade the interior, ultimately improving energy performance in Denver’s varied climate, and channeling rainwater to keep the outside looking continuously fresh and clean. 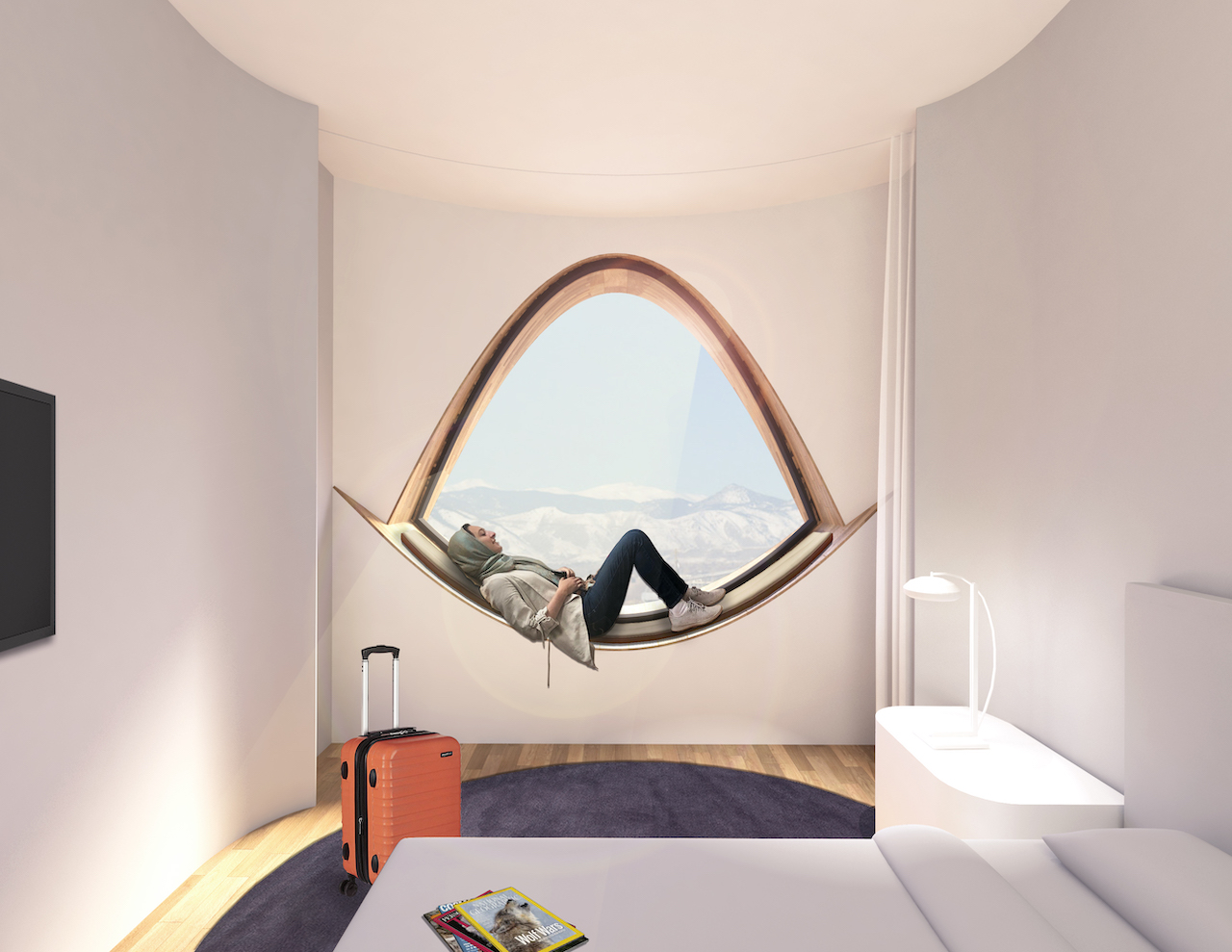 A peek inside the Populus hotel. Rendering by Studio Gang.

The first floor will include an eclectic mix of restaurants and shops; the second floor will feature meeting spaces for co-working areas, weddings, celebrations or pop-up events; and the top floor will feature a series of hospitality-style suites. But the most coveted area of the hotel will be the rooftop bar and restaurant, which will feature an expansive garden terrace, designed by landscape architects Superbloom, planted with regional vegetation and unobstructed views of the mountains, the city skyline and Civic Center Park.

Populus continues with its ground-breaking design by becoming the first new-build hotel in Denver without any onsite parking. Parking garages are built of steel and reinforced concrete, which ultimately increases carbon emissions. So, by removing parking entirely, travelers will be encouraged to use public transportation, inspiring a more pedestrian-friendly environment, and Populus will, in turn, reduce its carbon footprint. 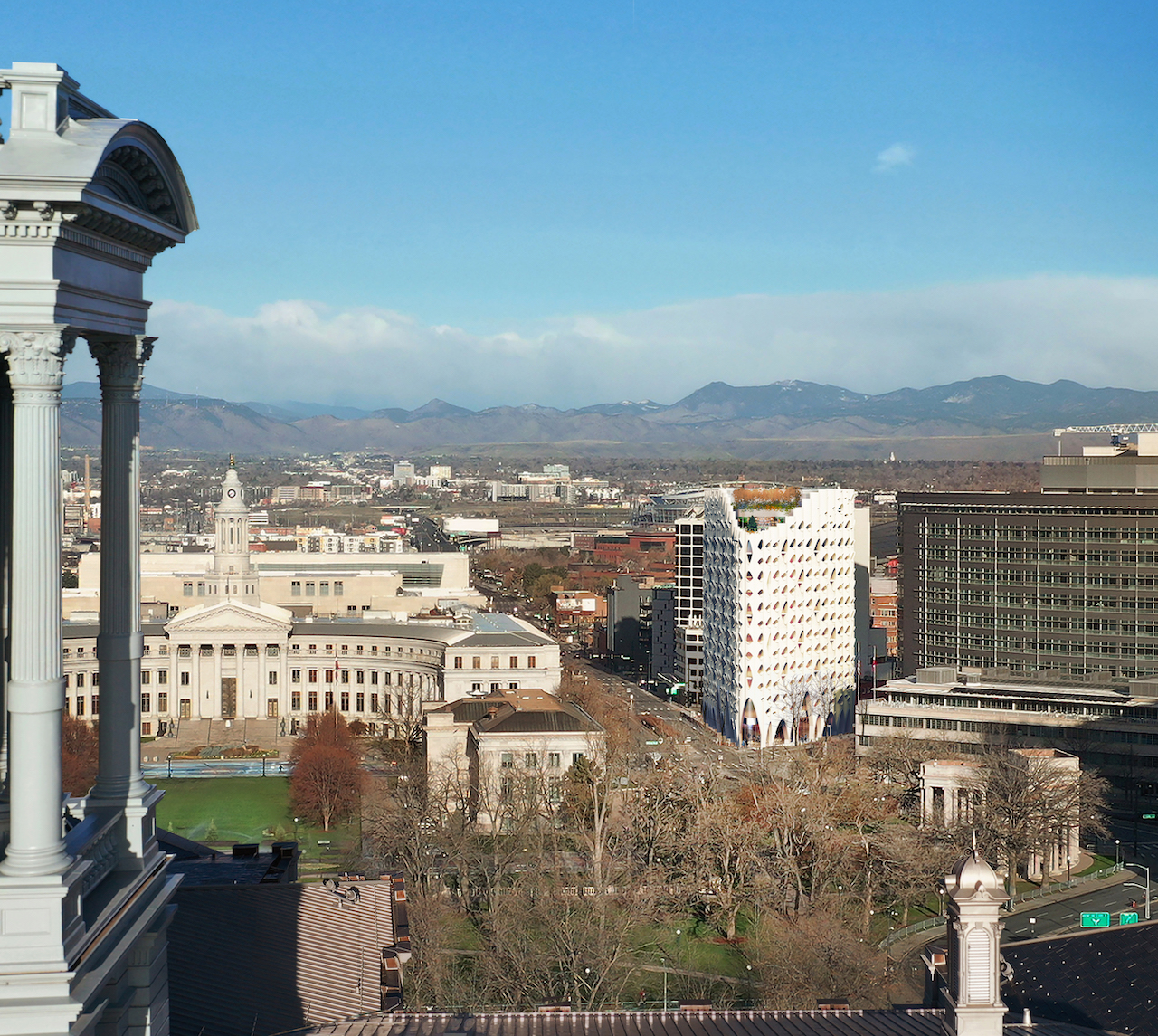 The hotel will join Denver building icons, such as the Denver Art Museum and the Denver Public Library, in the Civic Center Park neighborhood. Occupying the corner intersection at 14th Street and Colfax Avenue, Populus will serve as the catalyst for the revitalization of this historic Denver neighborhood.