Viral Foods and Where To Find Them In Denver – Spam Musubi

Though Spam has been around since the late 1930s, its reputation in landlocked states as gourmet food was virtually non-existent until social media users began to flex just how delicious it can be when tucked into a bed of rice with a nori blanket. While some poke restaurants aren’t solely dedicated to Spam musubi, this sidekick often brings in more sales than its counterpart.

According to Time Magazine, the first can of Spam was created in 1937 by Hormel Foods Corporation. It’s a tasty yet odd-looking block of meat made with a mix of pork, salt, water, sugar and sodium nitrite. The canned meat found its way to international cultures during World War II. Spam was often added to G.I. rations so when troops were deployed to the Pacific, it became a dish enjoyed in places like Guam, Japan, South Korea and the Philippines.

As for the signature musubi dish, it’s credited to Barbara Funamura, a Japanese-American woman from Hawaii. Both simple and genius, Funamura topped a block of rice with sliced and grilled Spam then wrapped it with nori — and the rest was history.

Though these three items remain the fundamental ingredients, over time many chefs have taken liberty with its preparation. Variations range from a Hot Cheeto dust coating and sweet eel sauce to a spicy mayonnaise drizzle and even a deep-fried shell.

One would think a treat with so few ties to Colorado would be hard to find. However, with a quick search on Google maps, Denver’s virtual terrain is freckled with poke restaurants offering Spam musubi. 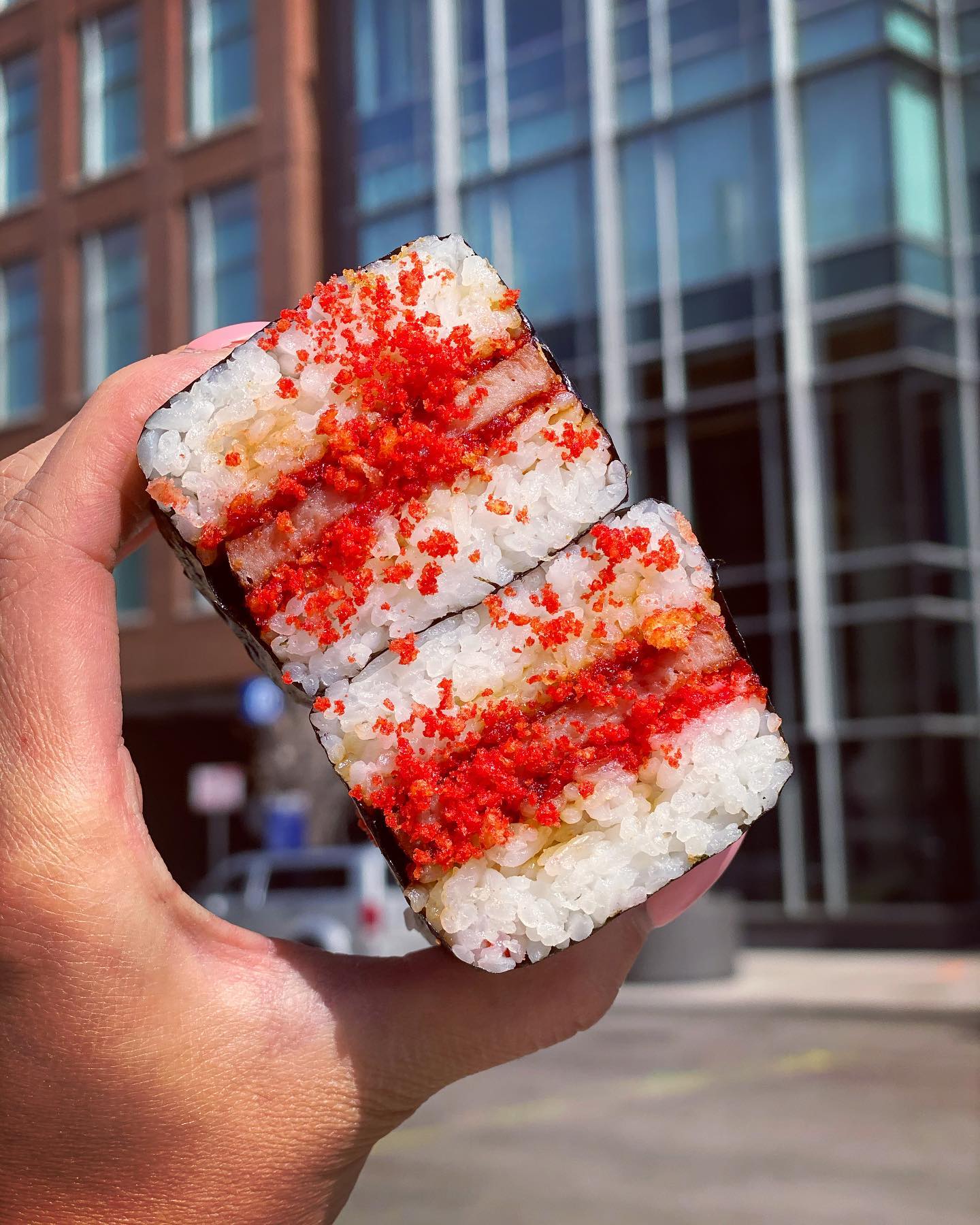 The Lowdown: Poké House is famous for its Spam musubi creations and fresh poke bowls. The Spam musubi approach is not as traditional as Funamura’s, but it has added to the virality that keeps this snack in the limelight. The menu hosts a Hot Cheetos Spam musubi ($3.75), dynamite shrimp topped musubi ($4.25) and deep-fried musubi ($4.75) with panko breading. 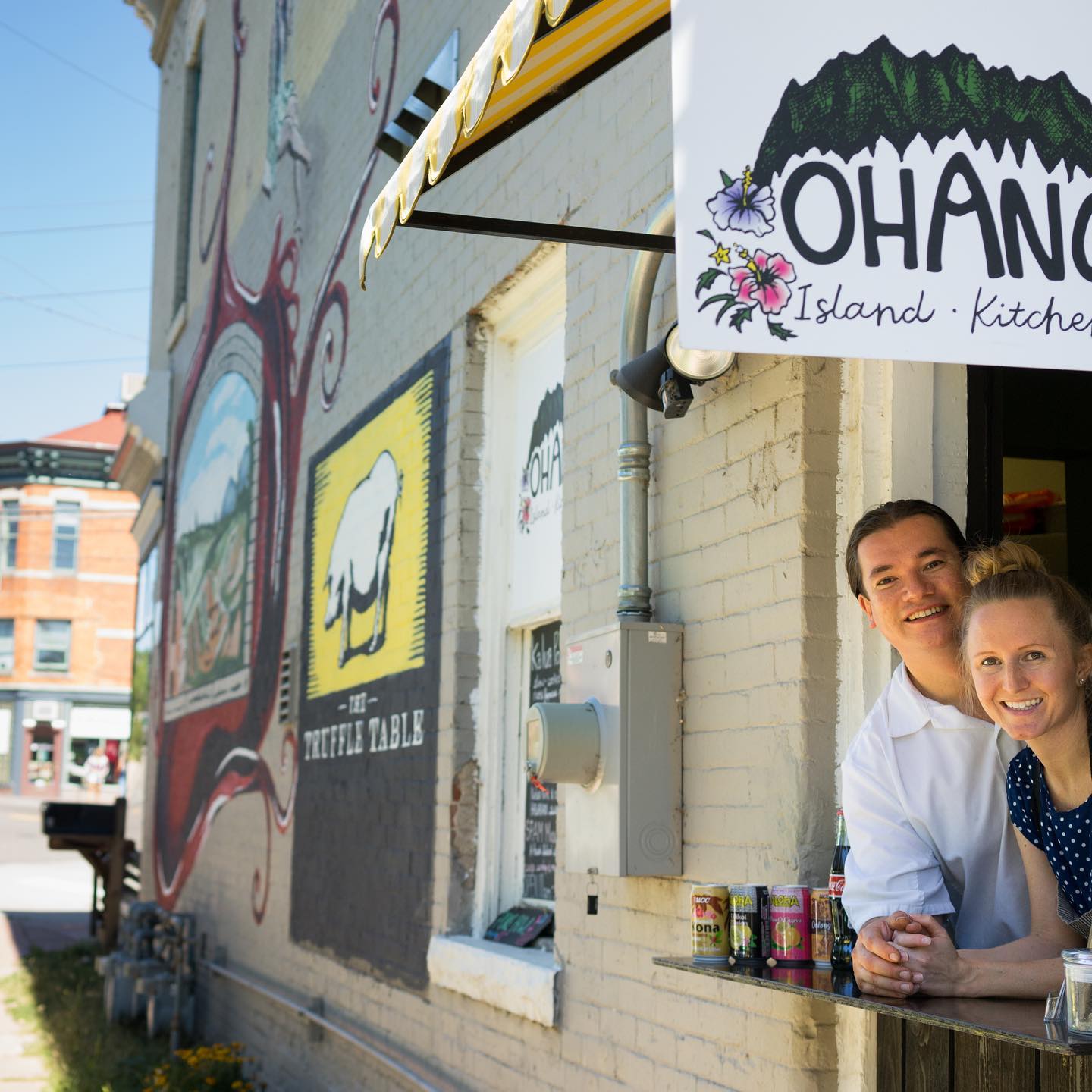 The Lowdown: What started as a take-out window at the Truffle Table is now Ohana Island Kitchen, one of Denver’s most notorious restaurants for Hawaiian cuisine. The menu features classic Hawaiian dishes from Kalua pork to shoyu poké and Hawaii island staple, Spam Musubi ($3.85). If you’re looking for a no-frills rendition of this salty snack, Ohana Island Kitchen is the key. 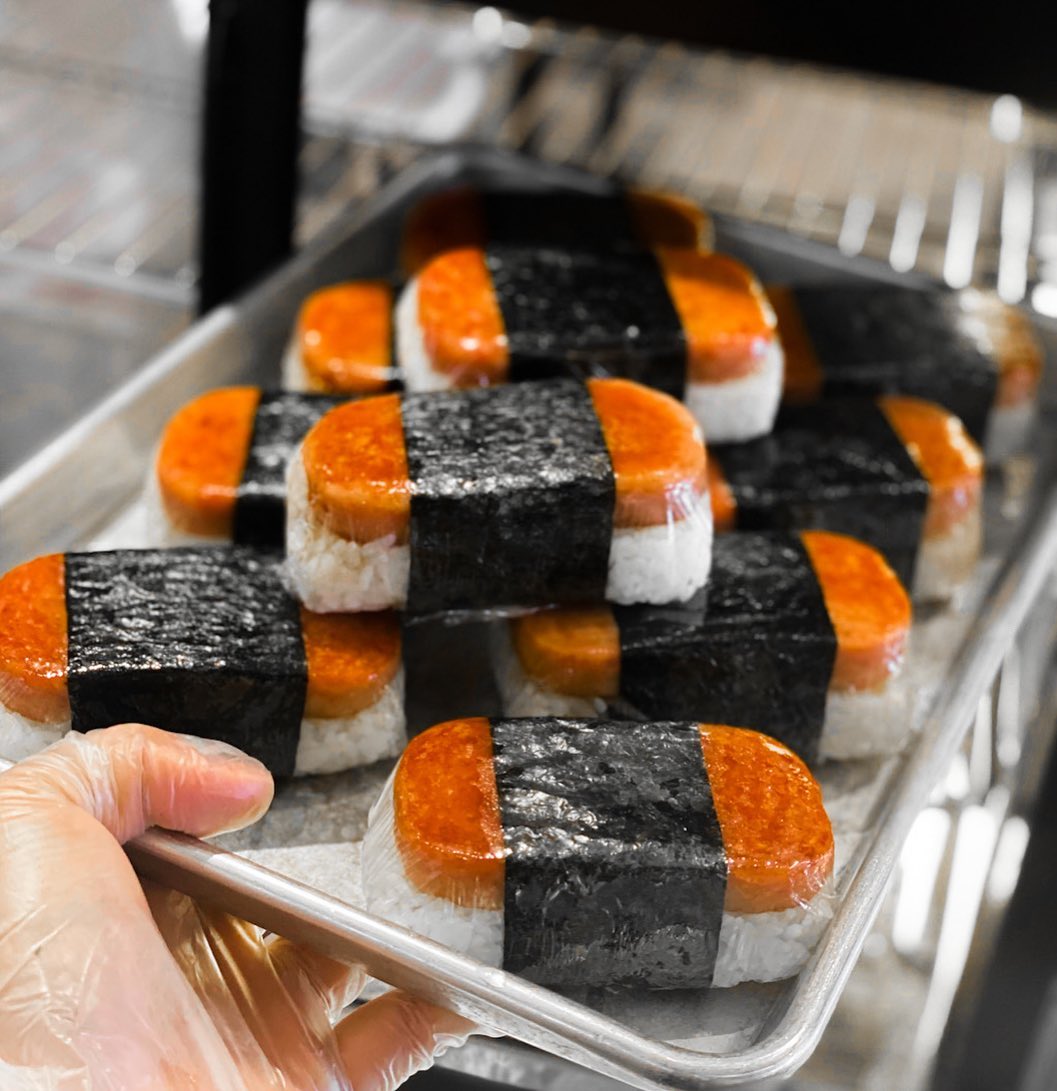 The Lowdown: Poké Concept has a plethora of bowl-style foods like ramen, poké, Hawaiian beef and poké soup. This restaurant is the go-to for a quick and traditional Spam musubi snack as it’s the grab-and-go special at $2.50 each. Simple and prewrapped, it’s an easy item to stock up for midnight snacks on hand. 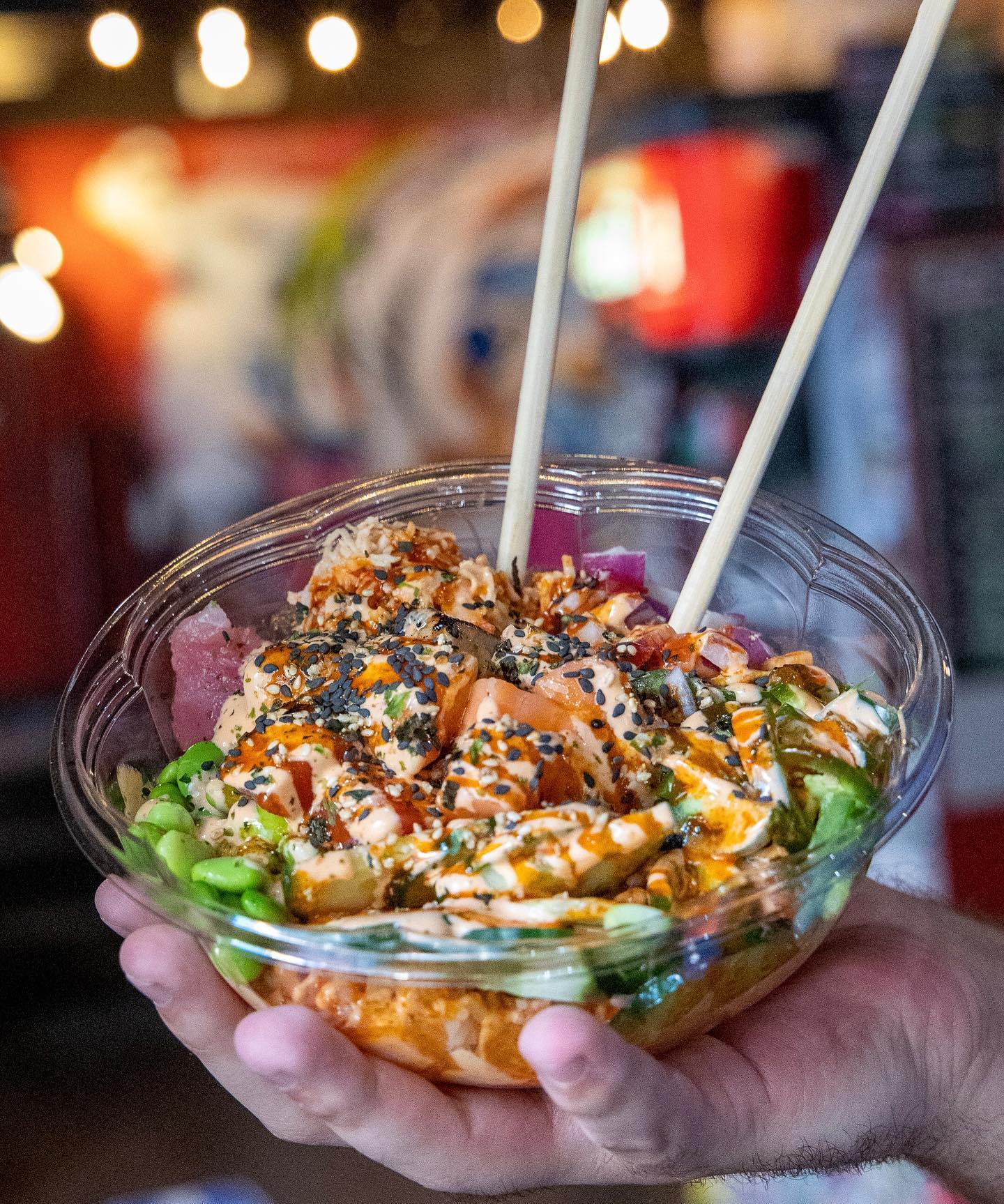 The Lowdown: Located in the heart of the city, this artistically decorated tea and boba shop offers a small list of appetizers including a Bulgogi bowl, traditional Spam musubi ($8) and even a vegan musubi ($16) option made of avocado and cabbage. 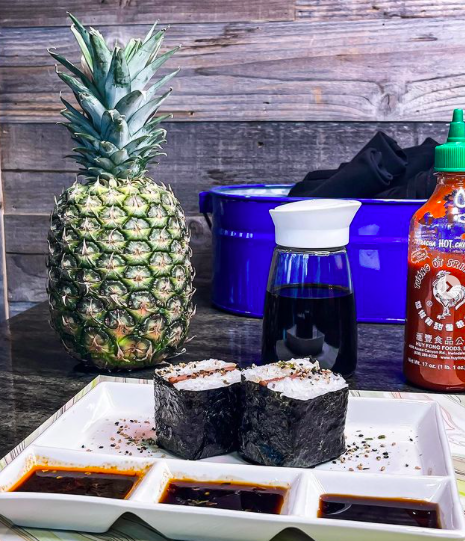 The Lowdown: New to the Denver food scene is Field Trip — an addition to the Recess Beer Garden brand — featuring a menu with a tribute to Hawaiian and Pacific Asian cuisine. The fare includes Kalua pork, Loco Moco, chicken katsu curry and Spam fried rice. As a precursor to those dishes, two Spam musubi options highlight the menu. A traditional musubi ($4) is decorated with soy sauce, house teriyaki and a Gochujang soy sauce. As well, a Spam Onigirazu ($5) is offered with soy seared spam, fried egg, white rice and shredded lettuce wrapped in nori. Onigirazu is built more like a sandwich rather than Spam on a block of rice like musubi. 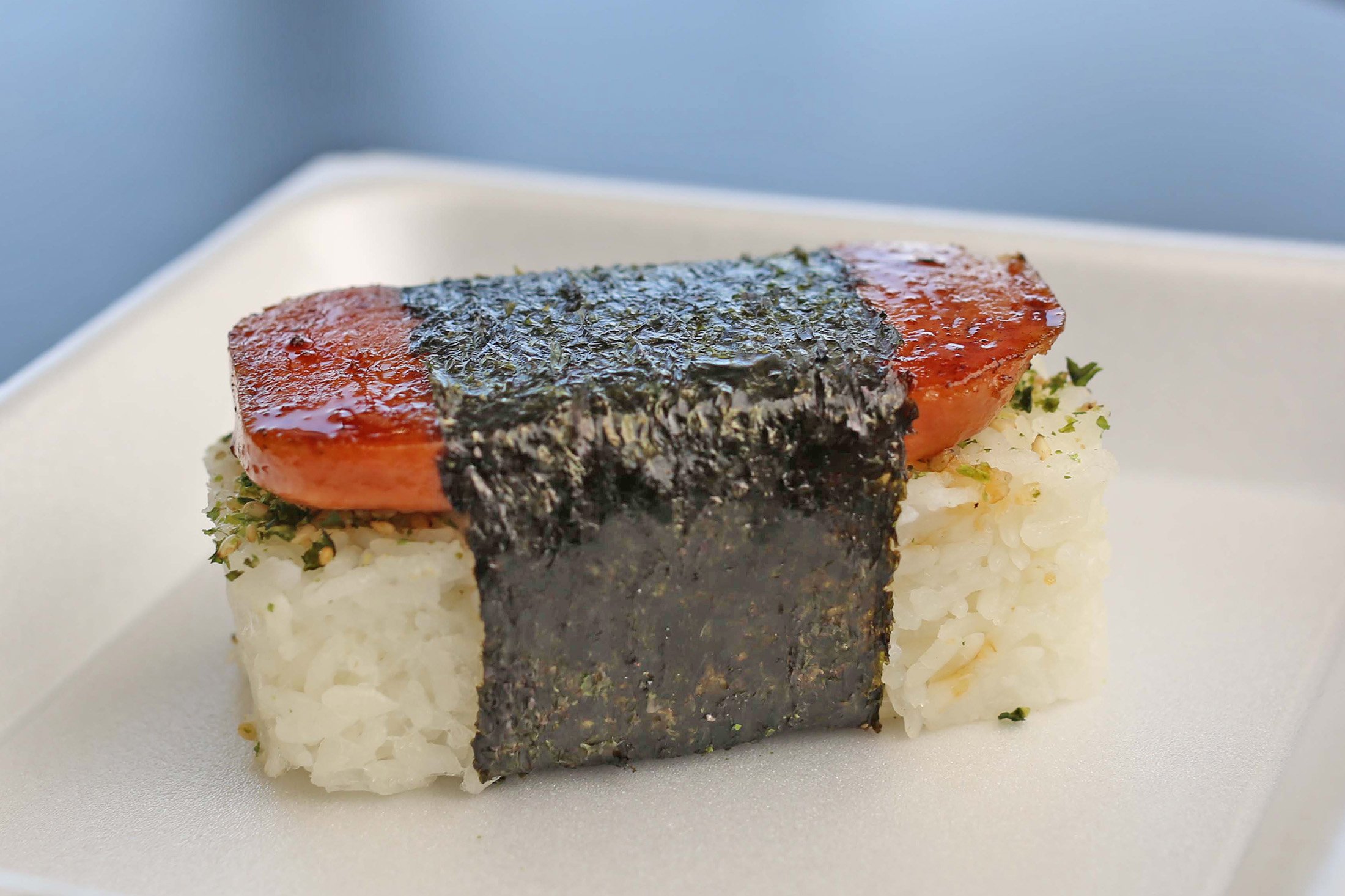 Where: Parker, Fountain and Monument locations

The Lowdown: With a Texas twist on Hawaiian barbecue, Hangry Ohana offers the classic Spam musubi staple alongside Kalua pork, chicken katsu and Meat Jun plates. With an a la carte menu that is sure to cure cravings, Spam musubi isn’t the only Hawaiian staple. It includes bacon fried rice, potato salad, macaroni salad, kimchi, Kalua pork tots and poké.

Though this list provides a jumping-off point to discover more restaurants that offer Spam musubi in Denver, hopefully the lust for this snack will overcome social media virality.