Lotus returned to the Red Rocks stage seasoned and revved up to play their 14th show at the Morrison venue. Their familiarity with the stage was on full display with their wizardly transitions and masterful improvisation, delivering a mind-warping experience to the Saturday night crowd.

As the night cooled down to a bone-chilling temperature, the crowd warmed up quickly, contributing their energy to the performance. Lotus’ live performances are over half improvisation, where they become responsive to each other’s playing and provide a brand-new experience every time. The jam band’s unique mix of rock, funk and electronic trance-pop, eye-catching visuals and energetic stage presence was the secret recipe for the memorable live show. 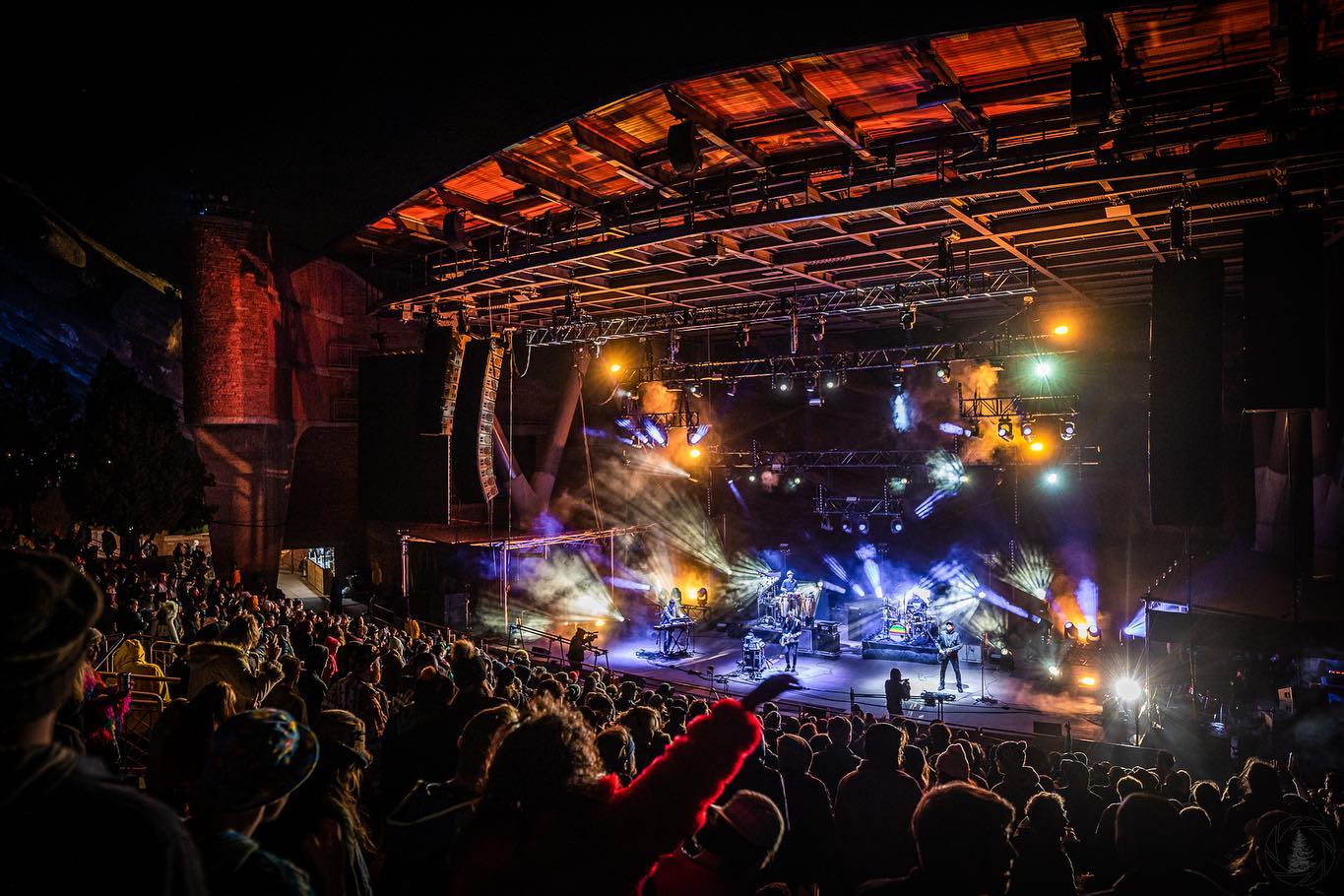 To prime the crowd for the eventual trance, the veteran indie synth-pop outfit, STFKR, took the stage early for a special DJ set. Although their signature bops weren’t blasting through the speakers, they set the tone of genre-bending with a mix of house, electronica and trap. Tracks like Yaeji’s “Raingurl” and a remix of Future’s “Supertrapper” instilled the growing crowd with the same youthful energy that their self-titled debut album had in 2008.

Kicking off the celestial trip, synth-pop opener Cut Copy entered the stage beginning with the groovy tune “Standing In The Middle of a Field” from their 2017 album Haiku From Zero. It was clear that dedicated Cut Copy fans populated the crowd. Attendees shouted every line to one song after another, laying all their moves out on the floor as the sky darkened. A spectacle of smoke and flashing lights floated out toward the dancing crowd. By the end of their set, which felt as if the ’80s synth of New Order had fused with the groove of Toro y Moi, the energetic group thanked the crowd and exited the stage as many fans begged for more. 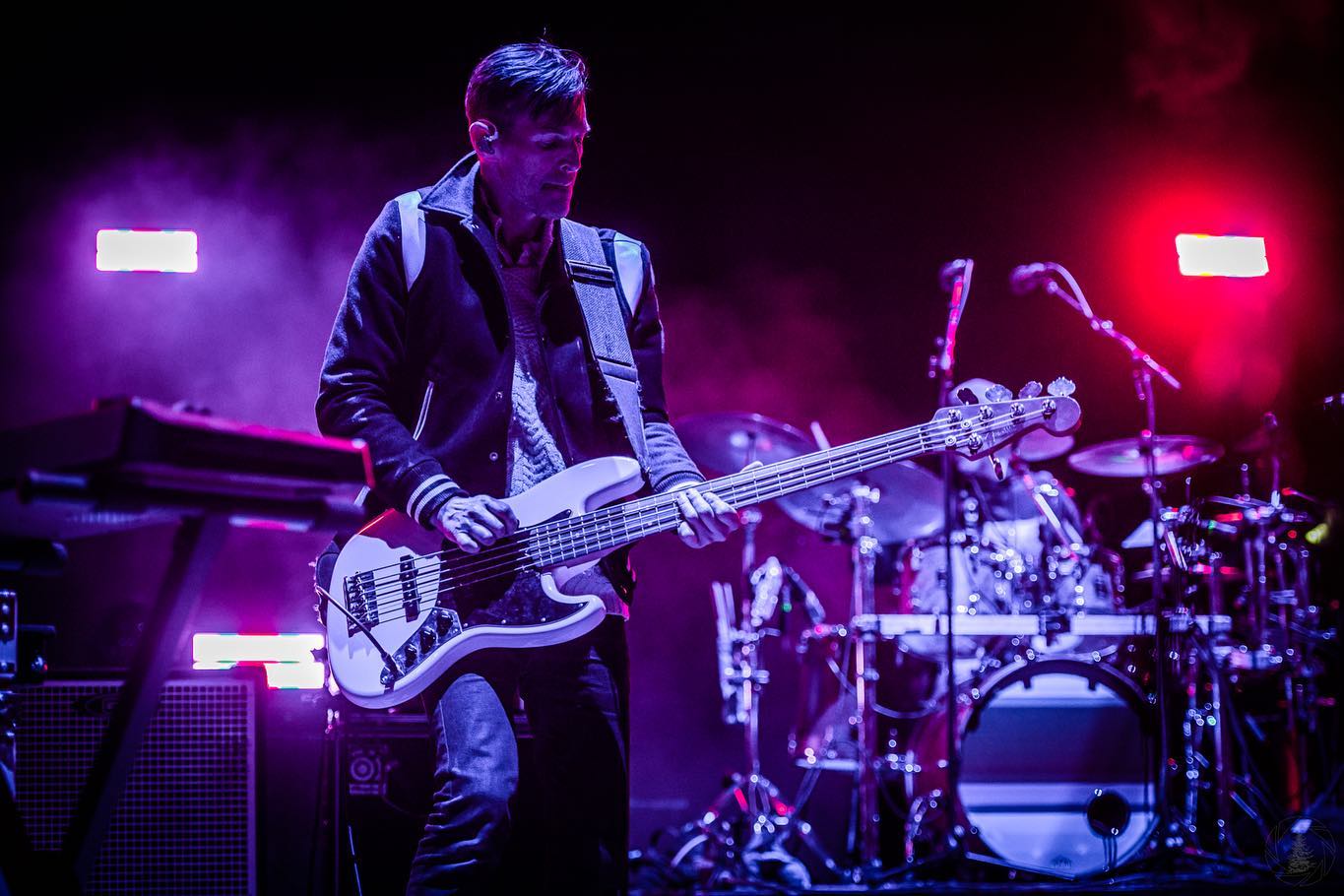 Right on time, Lotus entered the stage, greeted by an eager crowd. Members Tim Palmieri, Jesse Miller, Mike Greenfield, Luke Miller and Chuck Morris found their respective spots on stage and the performance picked up right away with their 2007 track “Wax.” Shouts from the crowd rose above the transcendental sway of the jam. The group continued with the incredibly groovy track “Catacombs” off of their latest album, Free Swim. Bassist Jesse Miller laid into the modular synth, casting a spell with his instrumentation. The wind chill didn’t slow anyone’s groove as the band went right into their new single, “Pluck.” The dancey tune set the audience off and guitarists Miller and Palmieri jumped into a lively pace. 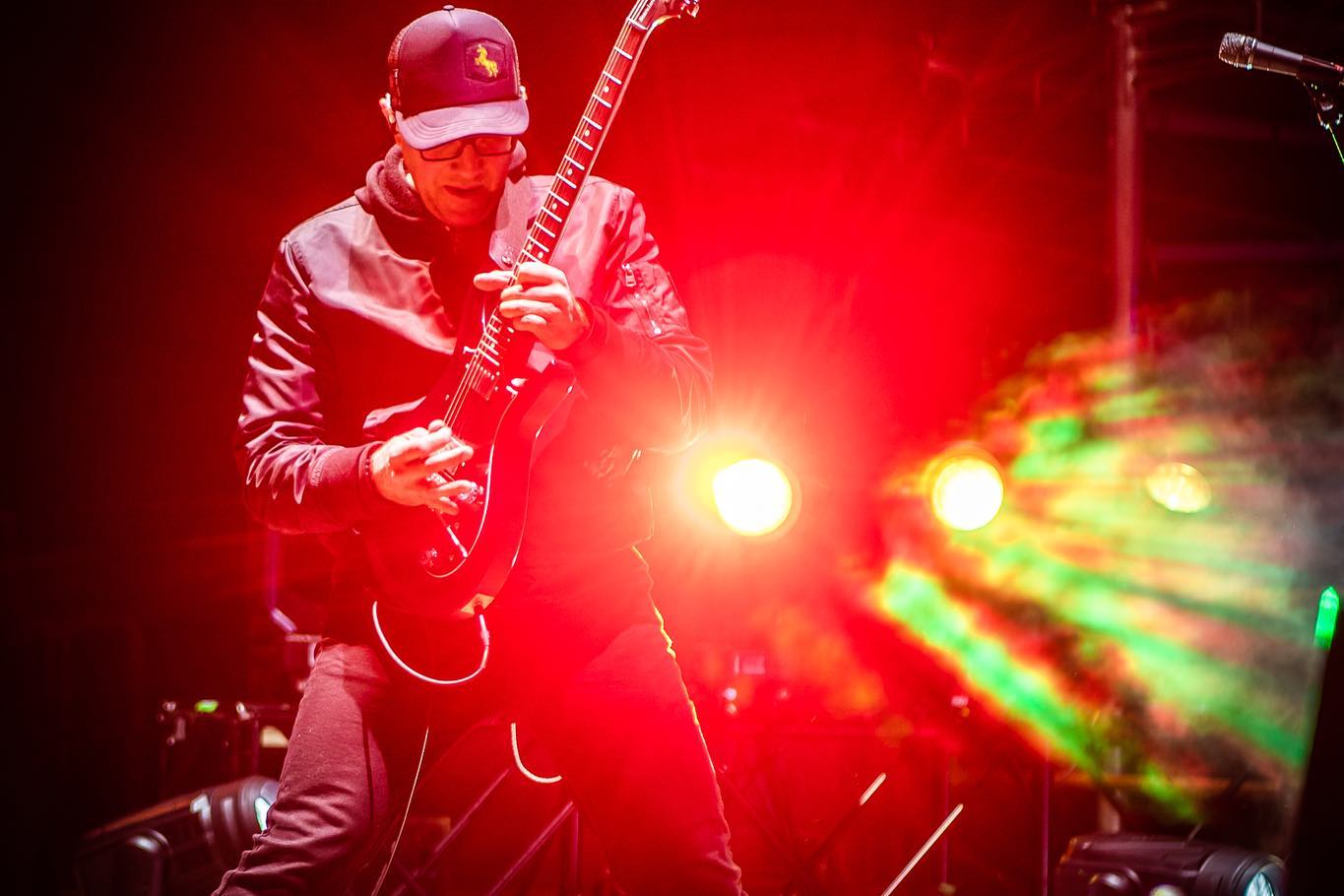 The band answered the audience’s wishes for more and finished off the show with an encore to the tune of “Land of Lush” and “Debris.” As the last song hung over the venue, the audience took the opportunity to shake the last of their dancing energy off, leaving it all at the show.

From start to finish, the beloved group made space for masterful improvisation, their instruments in conversation with one another. The persistent guitar riffs, synced to the beat of both drum sets and underscored by heavy modular synth, made it almost impossible not to fall under the trance of the performance. Just as effortlessly they’d taken over the venue, they blew off the stage, leaving Red Rocks once again, but most likely not for long.