Review – Gorgon City Brought the House Down at Red Rocks

To start the journey to Gorgon City, LP Giobbi played a set full of energetic house beats accompanied by soaring melodies. The hour-long set eased the crowd into the potential of what the night could be featuring tracks from Femme House — a non-profit fostering more equitable opportunity for women and gender-expansive individuals in music. Following the high energy, Totally Enormous Extinct Dinosaurs (or TEED) kept the momentum moving as they took the lead on the trek to Gorgon City. Fans walked into a soundscape of futuristic house music as they entered the iconic venue. The British DJ had an enormous task at hand — keep the fans moving to stay warm. The sun was setting and the temperatures were dropping. However, the distinct sounds of electronic music and house drums filled the amphitheatre with warmth. 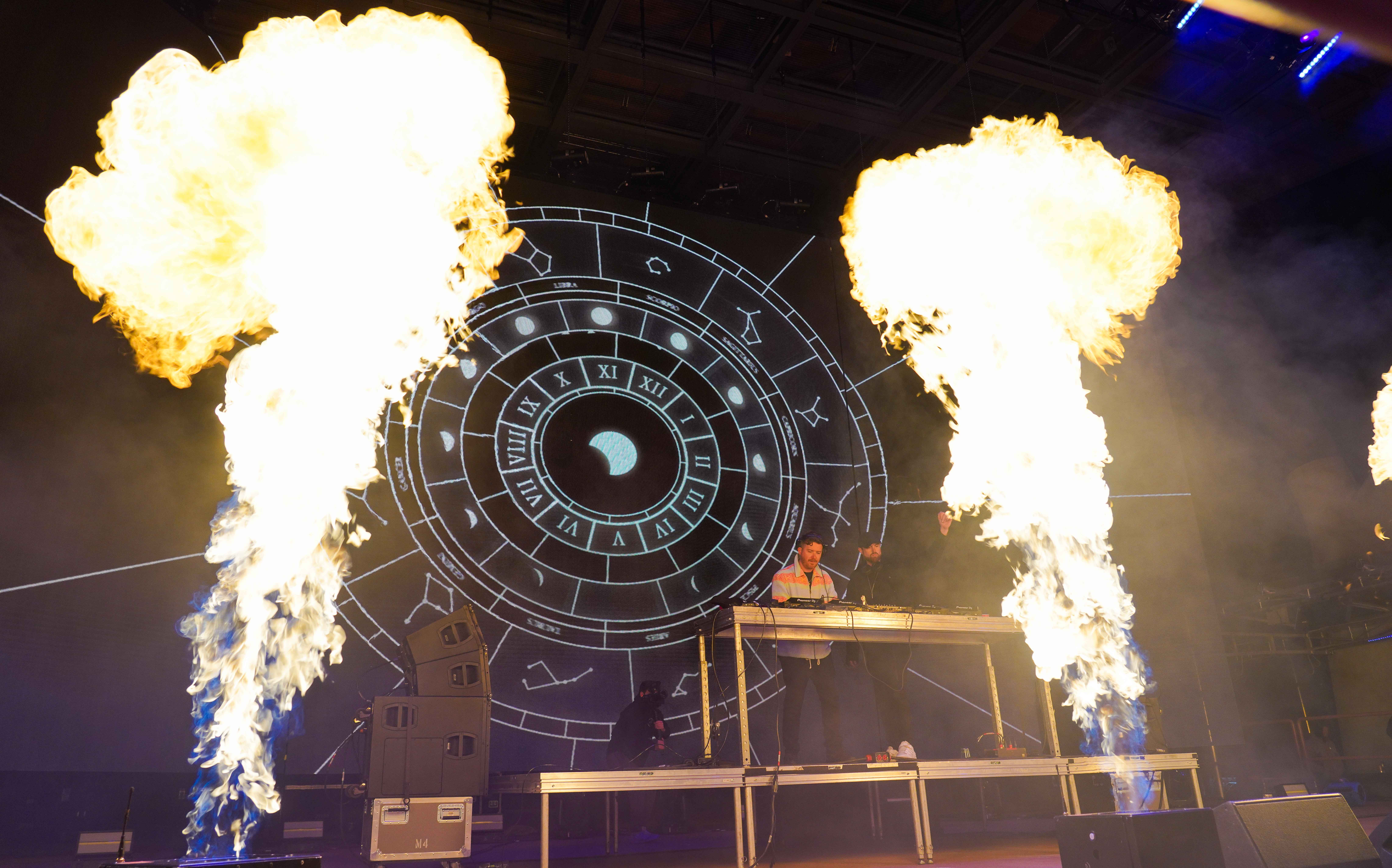 After the sun had fully set, the baton was passed to Damien Lazarus to continue the voyage to Gorgon City. At this point, the crowd found their spots and were packed into the stairs of Red Rocks. Although most notably known for operating Crosstown Rebels, Lazarus seduced the crowd with colorful arpeggiated synths, slick basslines and tenacious drum patterns. The DJ announced through the speakers that they had come to, “tell us about the rhythms of the universe, about love and about joy.”

Towards the end of the set, fans were confused and then delighted to witness Gorgon City approach the turntables alongside Lazarus with Leia Contois on vocal duty to perform their new single “Start Over.” In an odd performance dusted by nerves and chilly winds, the performance felt like a rehearsal take rather than a debut performance of a creative collab. Fans swayed from side to side trying to make sense of the presentation on stage. While the performance felt like a step back from the voyage to Gorgon City, Lazarus took the crowd home ending with a purposeful set of electro house. The end of the thrill was met with grace as the crowd reached its final destination.

Without an intermission, Gorgon City took over the turntables by performing the fan-favorite “Alive.” The dance duo felt the brisk Colorado air, rubbing their hands together for warmth before unleashing on the track, “House Arrest.” Fire sparked from the stage and fans jumped with joy into the infectious drum pattern and groovy bassline. The crowd sank into a rhythm underneath a full moon as they danced through the set, feeling the beat in their chests. After a slew of playful songs, a voice came through the speakers asking the crowd, “What the fuck is up, Red Rocks?” 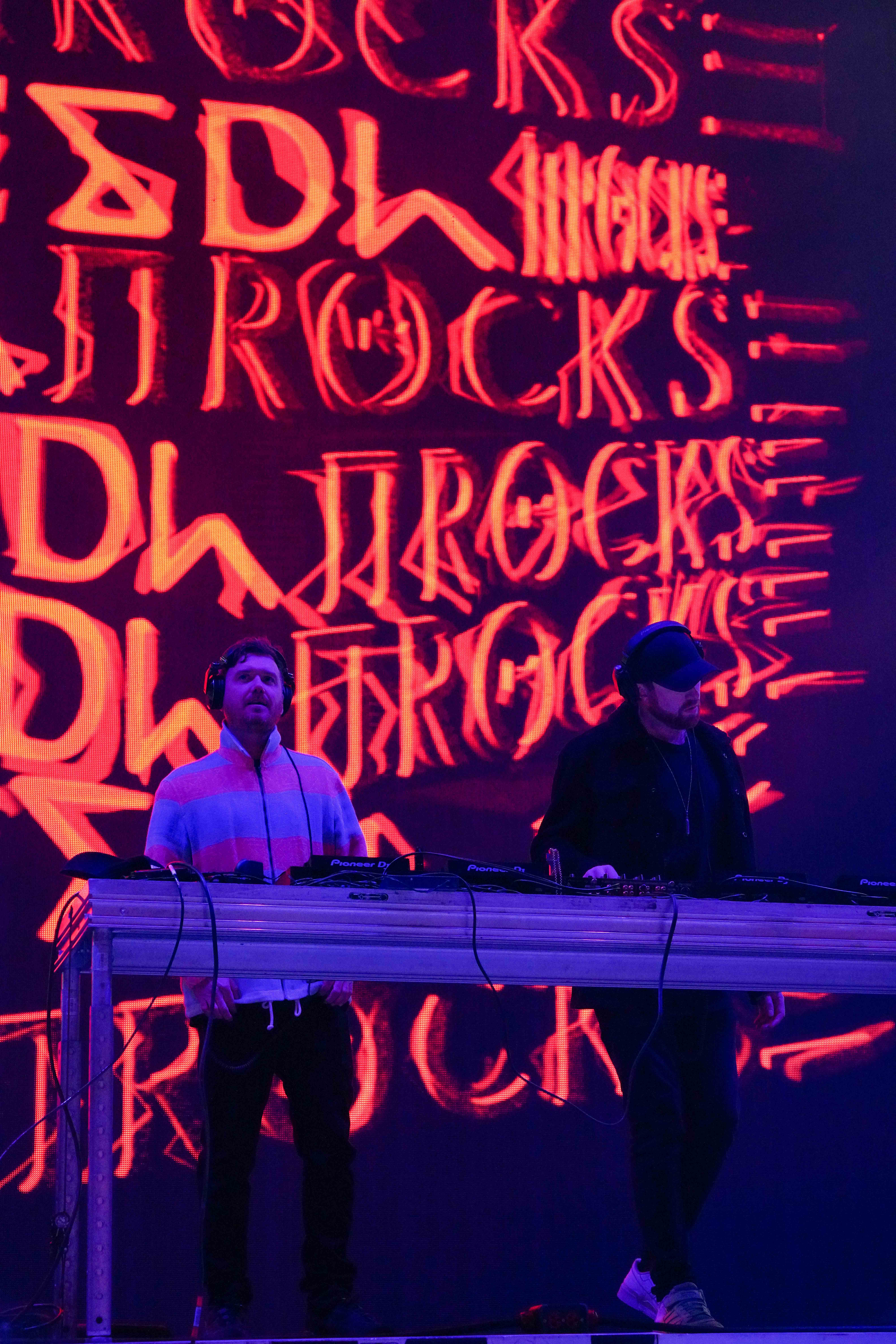 The vocalist Via Rosa, from the duo DRAMA, appeared on stage to perform their song “Nobody” — a collaboration with Gorgon City. The catchy vocals soared through the ampitheatre, injecting a boost of energy into the crowd. The energetic and fun performance took the crowd by a pleasant surprise and wouldn’t end there. The singer expressed, “You guys look fucking incredible! Thank you for coming out,” before jumping into the next song, “You’ve Done Enough.” The surprise performance was a breath of fresh air as the performer jumped around the stage, encouraging the crowd to get on their feet and move to the beat.

Throughout the rest of the set, the DJs spun an incredible blend of house, techno and contemporary dance music. Sections of the set held a relentless beat as if the duo was preparing the crowd for battle. However, the army of fans was no match for the beat drops and danceable riffs. Gorgon City conquered Red Rocks through the musical weapons of emotive house music, groovy basslines and surprise performances. Gorgon City expressed their love for the show stating, “Thank you for making our dreams come true! We’re going to remember this night forever,” before spinning one last song and stepping off the stage into the cold night.