For fans of the weirder, glitchier side of the EDM spectrum, G Jones has always been somewhat of a cult favorite. His signature black and white visuals, impeccable DJ abilities and raw sound design have made him an icon in the electronic music world, and one of the most anticipated acts on any given lineup. But, as a headliner for his own show at Mission Ballroom, with support from gothic, bass-driven DJ duo Shades and the unpredictably versatile Mr. Carmack, last Saturday night felt like a glitch in the simulation, a matrix exploding with deep bass and spooky vibes.

Shades set the tone perfectly. Much less chaotic than both Mr. Carmack and G Jones, Eprom and Alix Perez — the creative duo behind Shades — warmed up the crowd slowly, never jumping the gun on dub-heavy drops. Instead, they played it cool and very, very deep to match the aesthetic of their medieval, Nordic visuals which included skulls cracked with spears, dungeon staircases and spooky white marble statues. The entire thing felt like a blast into Elder Scrolls: Skyrim with a sinister twist.

Mr. Carmack. Photo by Will Sheehan.

Mr. Carmack, on the other hand, was completely unpredictable. After a few technical difficulties during the beginning of his set, he settled into the chaos, reaching into his Mary Poppins bag of lo-fi beats, wubby dubstep and even some drum and bass. There was no rhyme or reason to the flow of his hour-long performance, but maybe that’s the point. It was disjointed, a bit jarring but always surprising, although his hip-hop influence did shine through during the majority of the set.

After Mr. Carmack, G Jones turned Mission Ballroom into an experimental cloning factory. From the gritty, slightly off-kilter visuals and white strobe lights to the strange, glitchy computer sounds scattered across his massive bass drops, the atmosphere was like a live alien abduction, sucking the crowd up through a tractor beam into the Upside Down from Stranger Things. 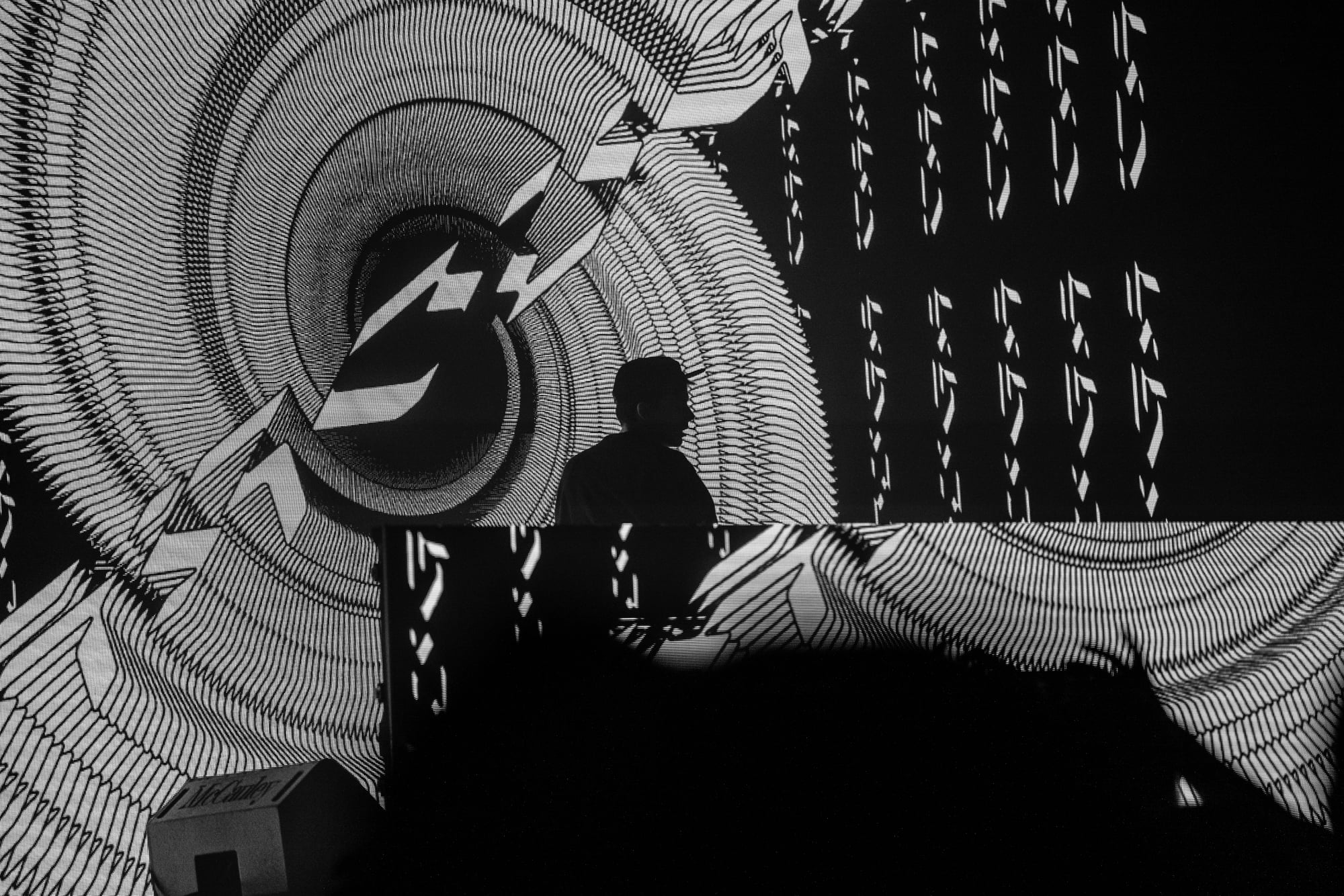 Unlike Mr. Carmack and Shades, G Jones was heavy for the majority of his set, which was comprised of (almost) all original music, despite being advertised as a G Jones DJ set. The vibe, overall, was like aliens trapped in a dell desktop, trying to find their way into the real word.

Songs, like “On My Mind,” a G Jones colab with Eprom, took an explosive journey through a vortex of laser sounds and glitchy, industrial breaks. Whatever G Jones was playing was always loud and intense. “It’s all in your head” was the theme of the night, a teasing nod towards resisting sanity while under the spell of heavy bass, dubstep and screeching sirens blasting through the speakers and digging into your bones.