Comedy Works announced this morning that comedian Dave Chappelle will be headed to Denver this week, headlining their Downtown location from April 5 to 7. All six of the highly coveted shows sold out within hours of the surprise announcement, with tickets running for $156 each. 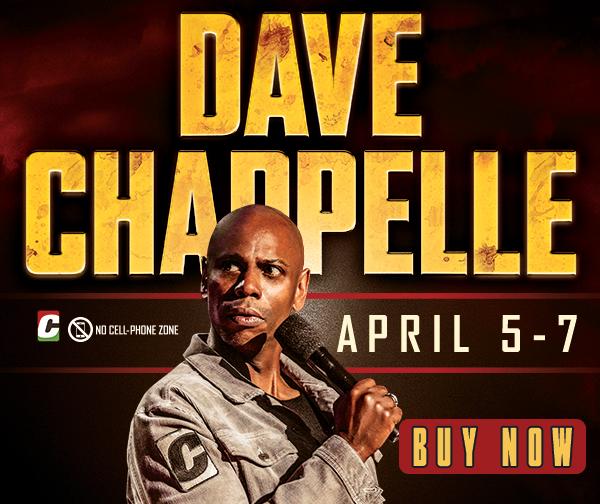 Dave Chapelle is an award-winning stand-up comedian and the creator of the sketch comedy hit Chappelle’s Show. Since his return to stand up in 2013, he has released six specials with Netflix — including his popular yet controversial 2021 special, The Closer.

READ: 25 Comedy Shows To Check Out In Denver This April

Comedy Works Downtown will be enforcing a strict no cell phone policy for the events, warning that any attendee caught with a cell phone will be ejected from the show.

Dave Chappelle will be headlining Comedy Works Downtown April 5-7, 2022. More information about the shows can be found here.