This year’s Denver Fashion Week (DFW) will be welcoming international brand KolchagovBarba. This is the first season where designers from around the world will be showcasing collections at Denver’s renowned fashion week, putting Denver fashion on the map.

As the Denver Fashion scene continues to rapidly grow, it is clear that Denver fashion is much different compared to some other countries and their fashion. All the while, DFW celebrates creativity and brings a new sense of fashion this year, on what will now be an international stage.
Elevate your experience, RSVP your runway seats while available HERE 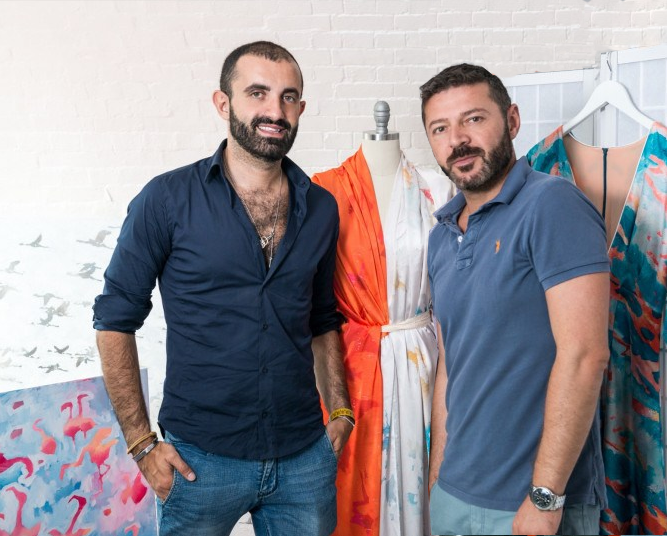 Through an incredible collaboration between Svetolsav Kolchagov and Emilio Barba, two fascinating designers came together and built the brand KolchagovBarba.

They have been designing for KolchagovBarba for 8 years, “it has been the most fun and enjoyable roller coaster,” said Kolchagov.

These are new and exciting designers to be taking on the Denver fashion scene for the first time. Kolchagov and Barba decided to show a collection at DFW this year, as opposed to London Fashion Week. 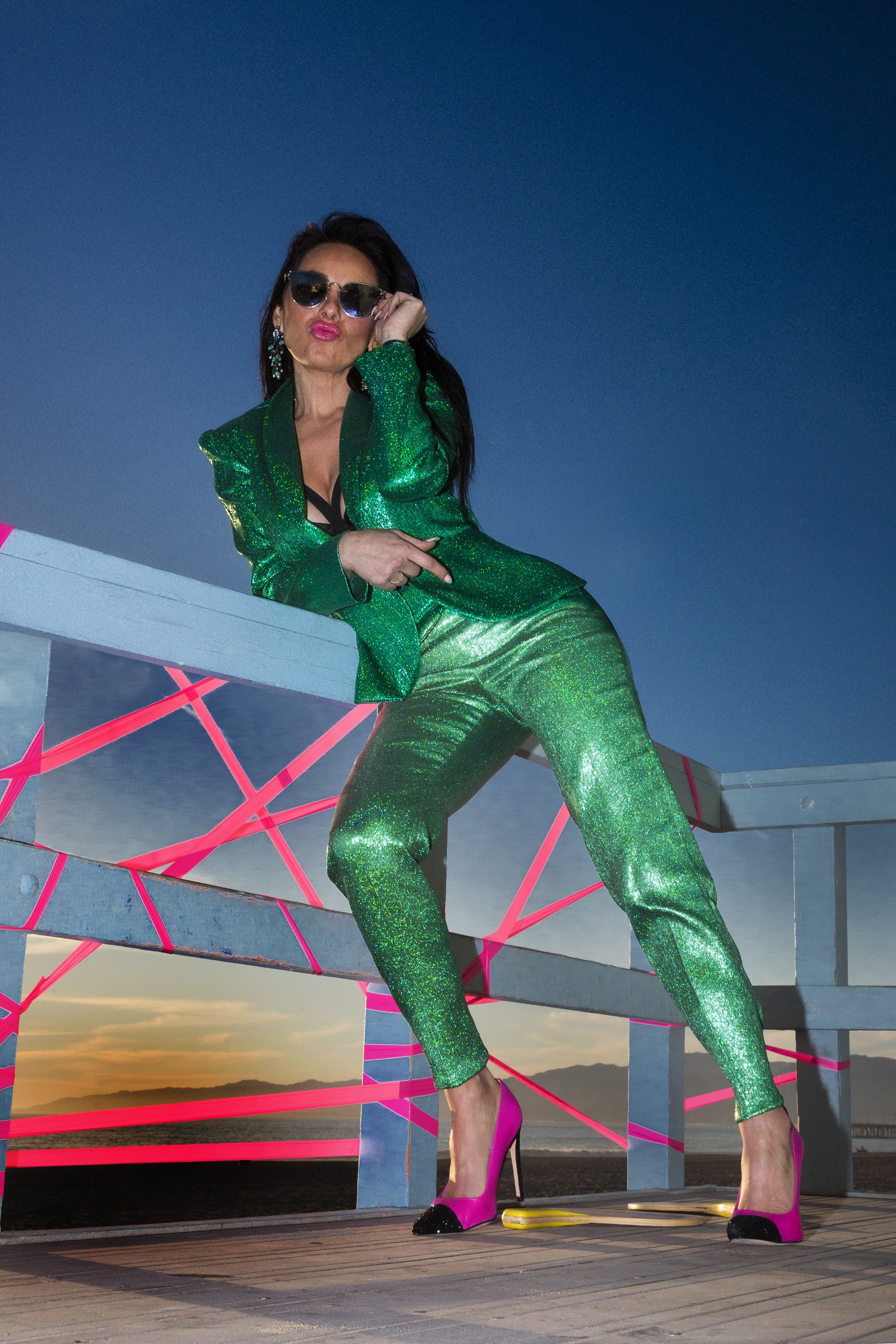 “We made this conscious decision as we believe there is a natural affinity between KolchagovBarba and DFW. We are very excited to bring our collection and our show to Denver, to expand our reach. We love London and we will continue to show at London Fashion week, but this year it was our first ever show in the U.S. and we wanted to make sure that we left our mark,” said Kolchagov and Barba.

Both Kolchagov and Barba have always been eager to present a collection in Colorado.

“We believe there is a niche market which we have yet to tap into that would love and appreciate our designs,” they said.

KolchagovBarba has already tapped into a large audience across the United States and the two are ready to share their designs in different areas to continue to grow. Luckily, they chose Denver as their next target.

“We already have a strong presence in LA with Vanessa and Lady Victoria Harvey wearing our creations,” said Kolchagov and Barba.

Vanessa Villela, reality TV star in Netflix’s “Selling Sunset,” will be walking the runway for the first time during Denver Fashion Week for KolchagovBarba.

How KolchagovBarba Came to Be

Like most fashion brands, years of design experience led to the presence of KolchagovBarba today. Prior to merging with Barba, Kolchagov had been designing for most of his life. He mentions that his grandmother was a seamstress and when he was young, he often wanted to help her.

“I enjoyed drawing with her and helping in making clothes. I never knew what I really wanted when I grew up, but I always knew that designing was something natural and brought fun and joy into my life,” said Kolchagov. 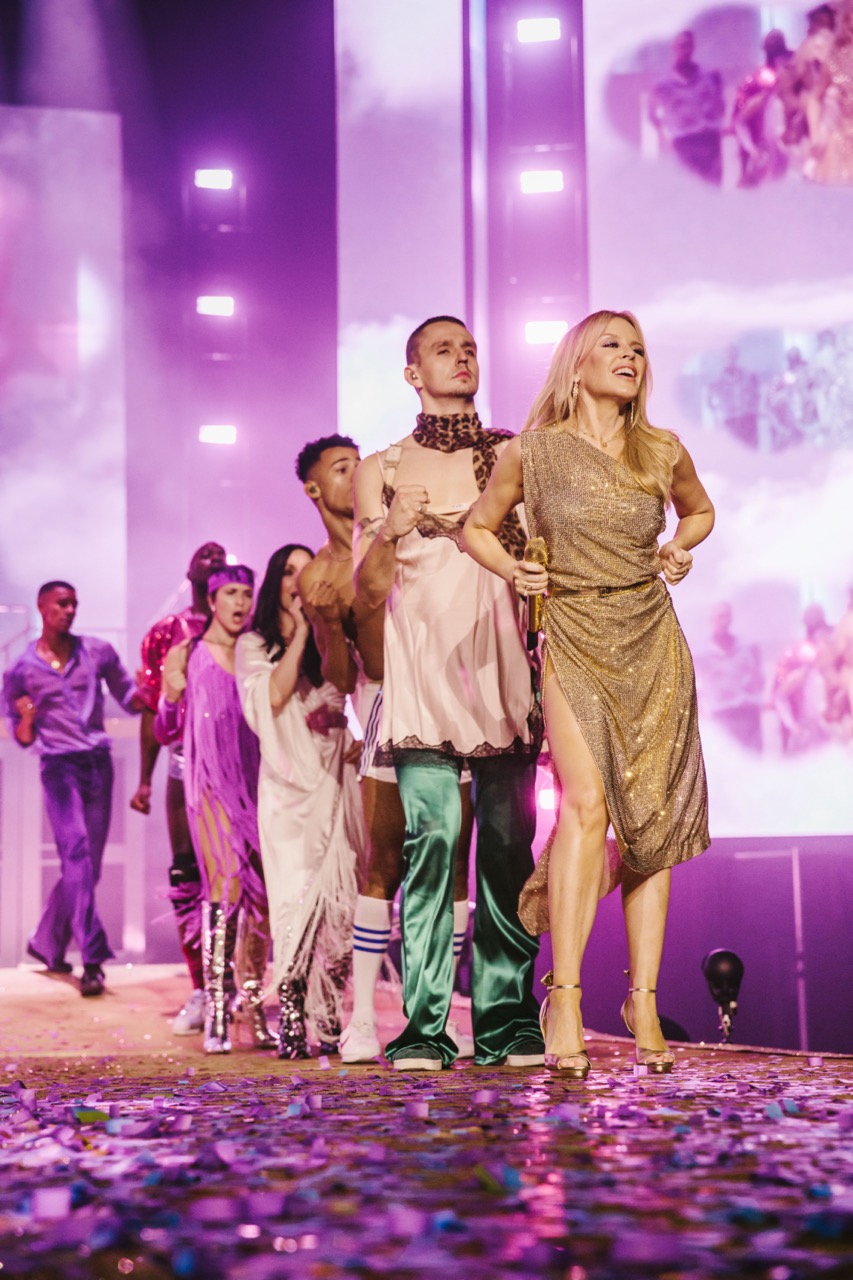 Before the creation of KolchagovBarba, Kolchagov began his professional career in fashion in Bulgaria with his own label named Kolchagov. This was before moving to the UK. At this time, he had many opportunities to work with household names like Vivienne Westwood, Alexander McQueen and Tom Ford.

“I learned and I flourished during this time, but it highlighted my need and desire to create my own styles,” said Kolchagov.

Barba’s career started when KolchagovBarba began. “I knew what I liked and I had this huge desire to create but I never knew that fashion was the way forward. I had the passion, I loved attending fashion shows and I had plenty of ideas bubbling up in my head but I didn’t know how to make it happen, till I met Svetoslav,” said Barba.

KolchagovBarba ignited during a “fun conversation” between Kolchagov and Barba when they were attending a fashion show in Paris. “We both had the desire to create things that we felt closer to our aesthetic, we felt the need to bring some classic designs back into the fashion arena. There were and there are many brands whose aim is more to shock than to create something beautiful,” said Emilio.

KolchagovBarba is all about empowerment for women – this is what makes their brand unique. 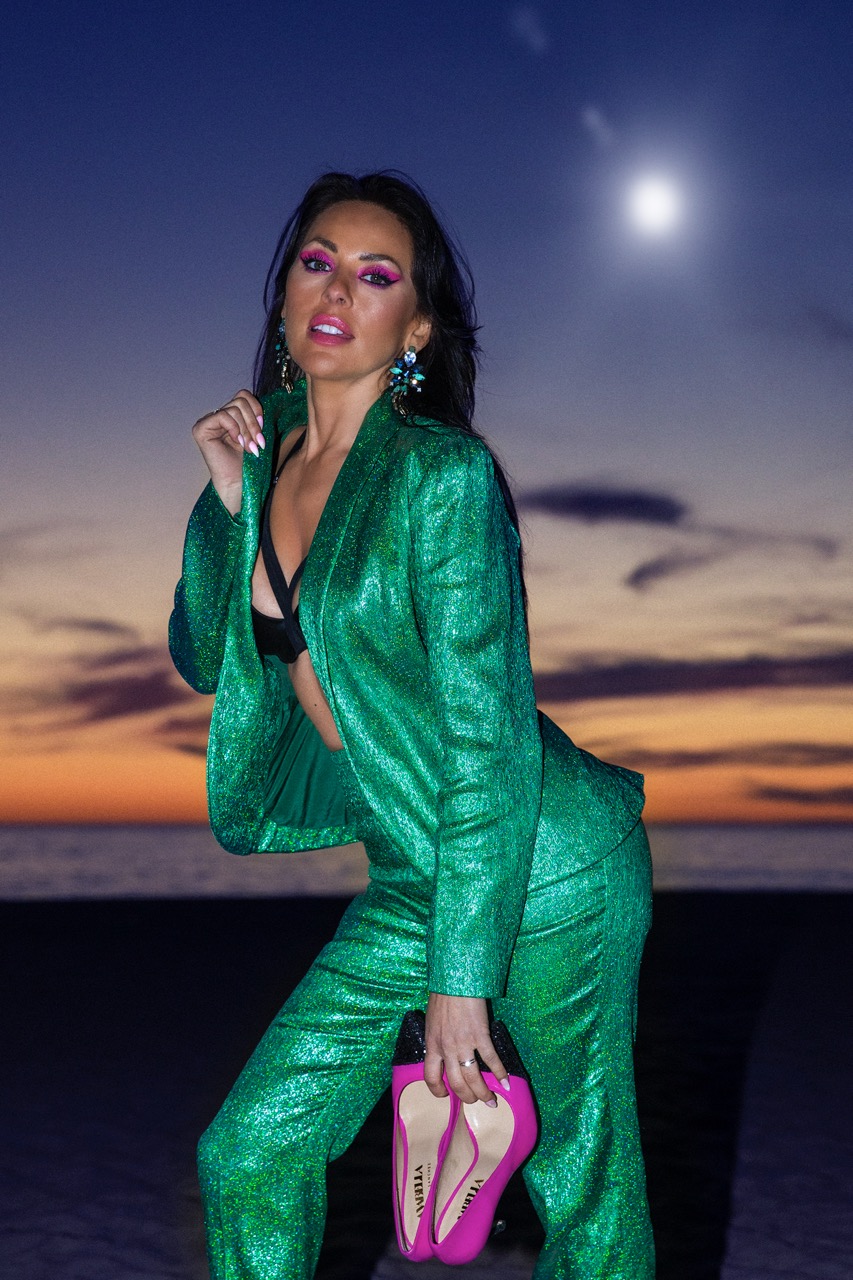 The brand’s aesthetic is defined as ultra-feminine, and “combines classic couture with contemporary lines using exquisite materials. We believe in a strong empowered woman, who can be feminine and in control in a dress or in a suit,” said Kolchagov and Barba.

KolchagovBarba is known for a variety of silhouettes, including mini dresses and gowns. Each piece is created with meaning and intention that leads back to the overall mission to establish an ultra-feminine tone that uplifts and accentuates the wearer from the inside out.

“Clean lines and power-dresses are used to empower women while long gowns, corsets and suits make them stand out from the crowds; a fluidity of elements where power and beauty cohabit,” said Kolchagov and Barba.

Both Kolchagov and Barba are determined to create timeless garments that are suitable for fashion connoisseurs of any age. The intention behind each design is communicated to the brand’s customers through the overall message that the designers extend to those who buy their pieces. 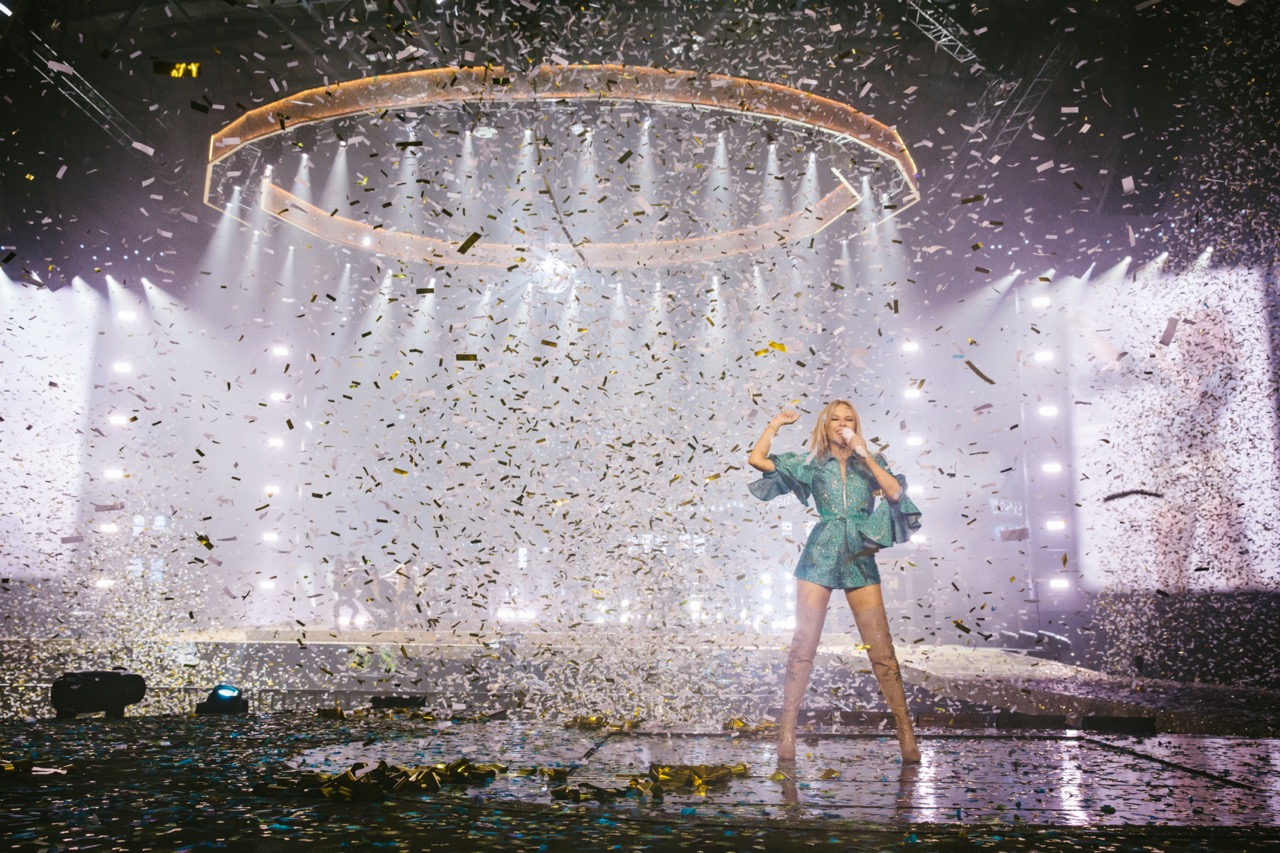 “As per our creations we envisage our consumers to remain individual and timeless,” said Kolchagov and Barba. “We believe in sustainability and that a dress, a gown and a suit should not have an expiration date. Our creations are made to outlast time and trends.”

Kolchagov and Barba find inspiration in everything and everywhere. From admiring their own city to those that they travel to, the areas in which they find inspiration are endless. While they are designers at their core, they are also observers. The two take in their surroundings and bring their experiences into their designs.

In fact, each collection they make is inspired by world events as well as equality.

“From the fragmentation, uncertainty and fragility of the current and past years, the ‘ONE’ collection is conceived as a hymn to inclusion, where diversity is celebrated and differences become union and strength,” said Kolchagov and Barba.

To expand on the diversity that they have observed as a product of life, KolchagovBarba incorporates a  “variety of colors, silhouettes and materials to represent the uniqueness of the human race, different yet so similar, strong yet so fragile,” said Kolchagov and Barba. 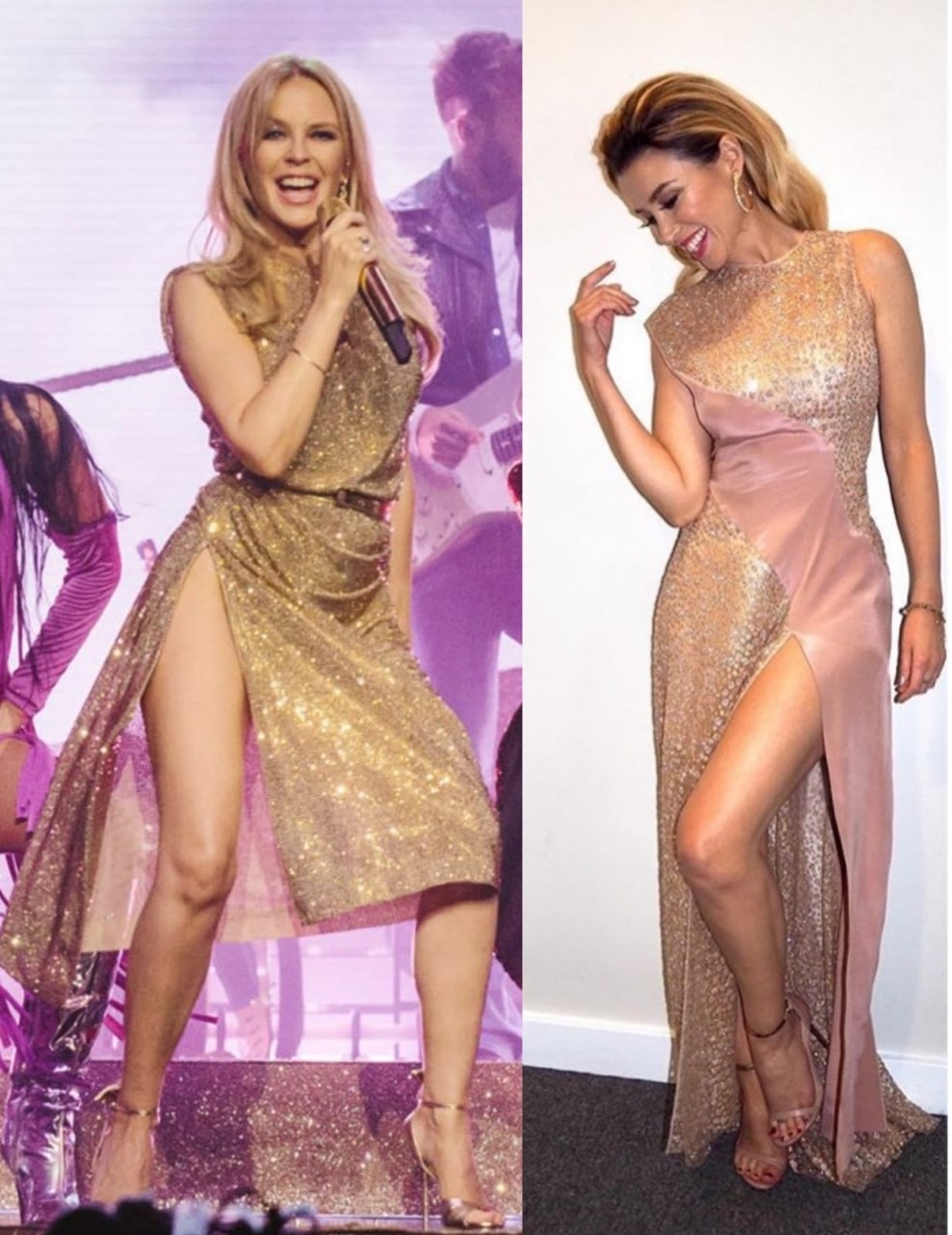 Along with the message they are wanting to spread to their consumers, they also aim to incorporate this into the style of their products.

“Our collections are classic yet explicit, fusing elegance and seduction in an elaborate and refined way. We use the most luxurious fabrics and exquisite textures to create beautiful garments that are crafted exclusively by hand,” said Kolchagov and Barba.

The collection that they will be showing at DFW will “include a dress designed by the student Gianlugi Sorrentino – the winner of the contest ‘Celebrity Styling’ which KolchagovBarba launched with the Academy of Fine Arts of Naples (ABANA) – Italy,” said the designers.

“More than 30 students participated in this contest under the guidance of Mariangels Salvati, professor of Fashion Design at the Academy of Fine Arts in Naples and Natasha Rezzuti, teacher of modeling and packaging technique,” Kolchagov and Barba added. 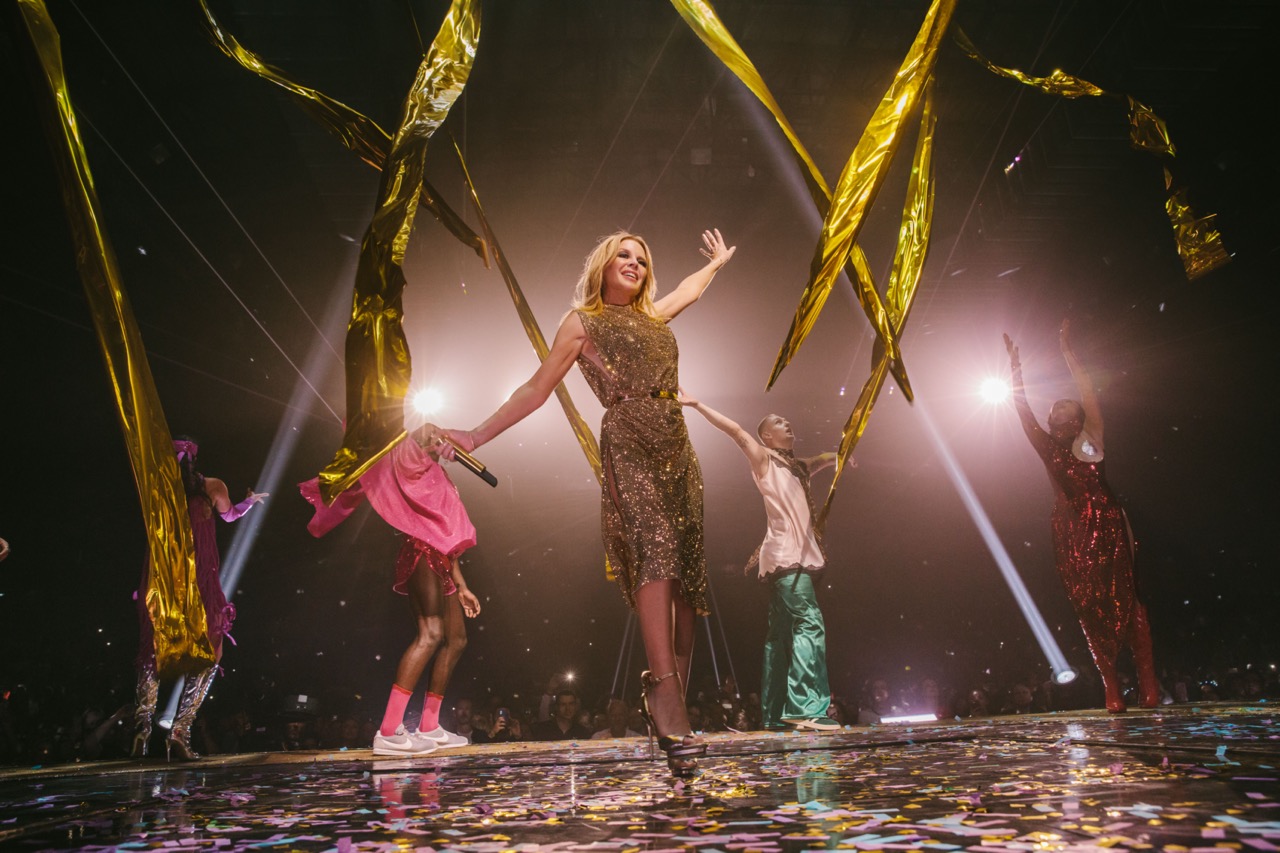 Kolchagov and Barba heard about DFW during a trip to Vail, which is what initially sparked their interest in Colorado’s biggest runway event.

“There was so much buzz and energy that attracted our curiosity. We then had the pleasure to be invited to watch to show and we loved it! The atmosphere, the energy, the local designers, everything was spectacular that we decided to start a conversation with the amazing team behind DFW,” said Kolchagov and Barba.

Shortly after, they received an invitation to show and the rest is history.

Overall, KolchagovBarba is extremely excited to bring a new perspective on fashion to Denver.

“Our collections are more than just clothes, they are pieces of art and we always aim to convey a message. We are confident this will be the start of a very long relationship and equally confident that we will create inspiration for young Colorado’s designers,” said Kolchagov and Barba. 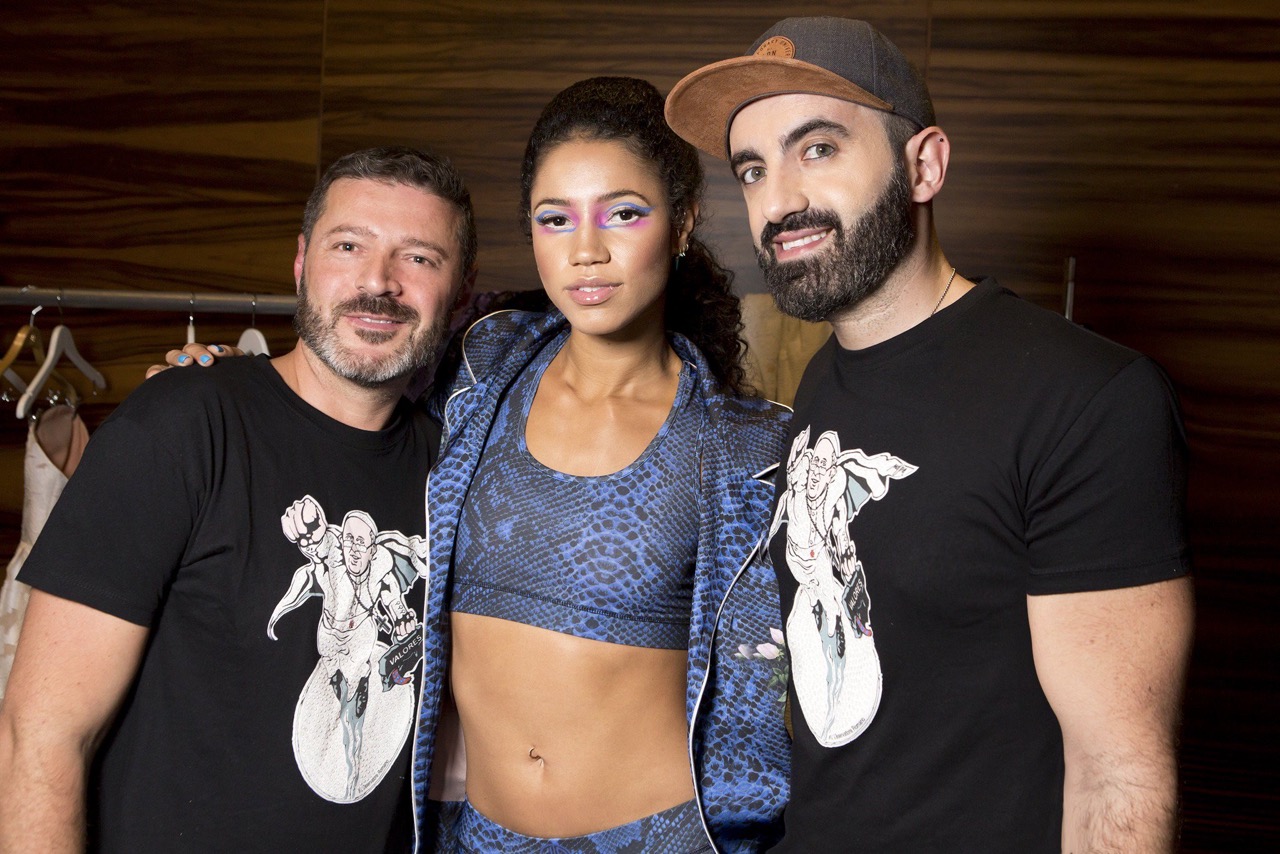 KolchagovBarba will be debuting their first DFW collection on April 7 at the Forney Museum of Transportation.