To celebrate Black History Month and beyond, every week in February 303 Magazine is sitting down with Black Denver musicians to highlight the incredible art they consistently turn out, as well as sharing a curated playlist from each musician to expose the ears of our readership to music that matters. To quote from the late-great Ossie Davis, “Any form of art is a form of power; it has impact, it can affect change. It can not only move us, it makes us move.”

Wellington Bullings’ voice holds a multiplicity within its vastness that can only be described as alluring. The jazz-influenced R&B singer relishes in soulful melodies and luscious harmonies within her relatively short but intriguing body of work. Her 2020 debut album Because I Want To embraced a restrained, lofi backdrop of rhythms that showcased Bullings’ enticing vocals beautifully. The crooning guitar riffs are enough to break your heart. Her latest single “Flame” exudes a deep, comforting mystery within its tone while digging into the theme of Black excellence. This week, 303 Magazine caught up with the songstress to discuss her thoughts on the intersection between her identity and her art.

Listen to Wellington Bullings’ curated playlist below and check out her music here.

303 Magazine: When did you start making music and what drew you to it?

Wellington Bullings: I’ve always been a very creative and expressive person. I wrote my first song at nine years old, and I remember instantly falling in love with the process. Singing has always been the most natural and safe way for me to communicate my thoughts and emotions. I discovered this pretty early on in my life and have continued to sustain this passion ever since.

303: What works by Black musicians inspire you in your own work?

WB: There are so many black artists that inspire my work. I love the vulnerability of Billie Holiday and the fierce originality of Nina Simone. Stevie Wonder’s undeniable genius as a musician, songwriter and vocalist reminds me that music can be deeply profound and fun at the same time. Modern artists such as Lianne La Havas and Laura Mvula move my soul to tears with their mellifluous voices and thoughtful compositions. The hauntingly beautiful melodies of Duke Ellington will forever inspire my songwriting. The beauty of Ella Fitzgerald’s voice reminds me to always be deeply present with every note that I sing. There are just too many artists to mention but those are a few that come to mind.

303: What does your creative process look like? Do you think your identity as a woman of color has an effect on the music you make or the songwriting process?

WB: When I’m writing a song, I allow myself to be open to all of the possibilities. I let go of the rigidity that comes from holding on to too many expectations or judgments. I first focus on the vibe or mood that I want to capture, and then I structure it accordingly with chords, melody and lyrics. My creative process varies and it is ever-changing but I try to be as present with the process as possible.

I don’t normally think about my identity being tied to the color of my skin but it’s something that I have no choice but to think about since our world is so divisive. As a half-black woman, I think that it does have an effect on the stories and messages that I decide to share in my music because my personal experiences inevitably end up in the music anyways. 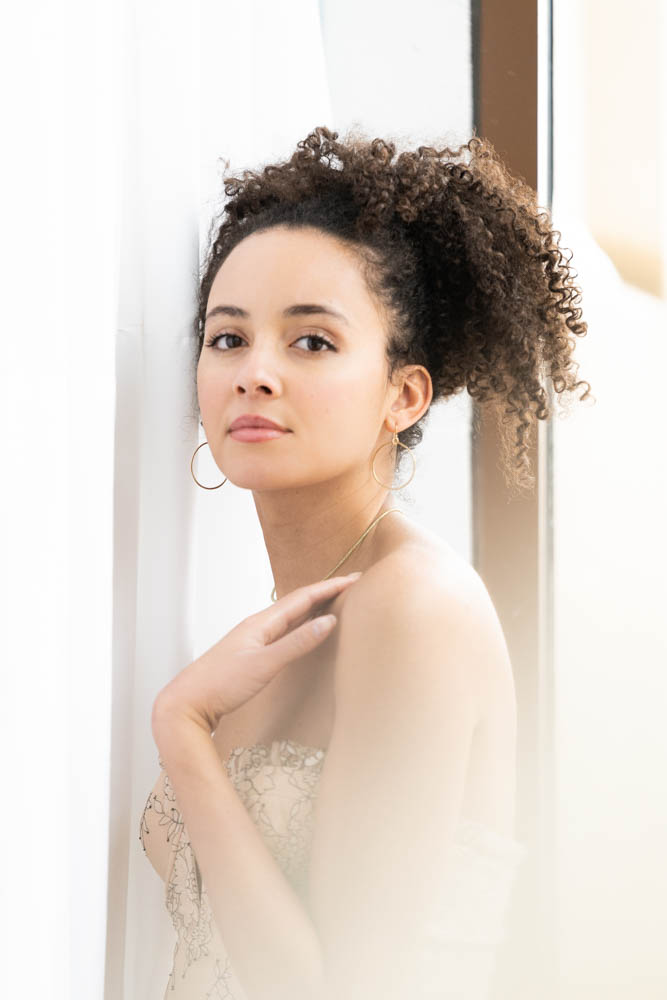 303: How did you go about creating your playlist? Do any of the songs hold more weight than others?

WB: I chose songs by some of my favorite black artists that have powerful and uplifting messages. Some of the artists I chose to feature are beloved friends of mine in the community. The first song I added to the list is “Black Man In A White World” by Michael Kiwanuka. It is a powerfully honest song that encompasses the feeling of being black in today’s world. I added “Goat Head” by Brittany Howard because this song touches on the complexities of what it means to be a bi-racial woman. The third song “Blossom (Rise & Fall)” is a beautifully impactful song written and sung by Alwyn Robinson who is a very talented artist and drummer who also sang on my recently released single titled, “Flame,” that is of course featured as the fourth song on the playlist. This song is all about uplifting the black community by focusing on a positive narrative that celebrates black excellence. I chose “Don’t Touch My Hair” by Solange because it is a powerful message that talks about setting boundaries and claiming your power as a black man or woman. You will also hear uplifting songs by Curtis Mayfield, Bob Marley, Donny Hathaway, Roberta Flack, D’Angelo, Stevie Wonder, Nina Simone and so many other favorites.

303: The world has many Black musicians to thank for modern music. Do you think racial identities still play a part in determining who holds the proverbial mic in popular music?

WB: Black musicians gave us jazz, blues, R&B and so much more. We have to remember the history of where this music came from to truly understand the roots of the music itself. Music is such a prominent part of history because it reveals the level of consciousness of the people during those times. We have to honor those who have paved the way in music to truly understand how it is evolving now.

Because we are still dealing with racial injustice and inequality, it only makes sense that this system trickles down into the music industry as well.  However, we are seeing more racial diversity in popular music these days, which leaves me feeling very hopeful about the future.

WB: Music can spark change because it is a universal language and has the power to connect and bring people together. Art reminds us of the power of authentic expression, and how that connects us to each other more deeply.

WB: I’m working on a new full-length project that I’m very excited about, as well as new music videos and performances. I’m planning on touring in the next year or so.