There’s Something Timeless About Wellington Bullings

There’s something endlessly classic about Wellington Bullings. Her name sits upon her persona like a diamond-studded broach — regal and poised, exuding a certain amount of sophistication and class and requiring the same in return. She’s the type of performer who sways and saunters with notes of chestnut and vanilla comprising the full-bodied profile of her decadent voice. Somewhere in her slight frame is an old soul yearning for the effeminacy and empowerment of great female musicians who’d come before her, that years of performing on stages and entertaining audiences alone couldn’t quench. She needed something tangible and intentional. Because I Want To, Wellington Bullings’ long-awaited debut project aims to amend that, creating an atmosphere that feels as timeless as it sounds. 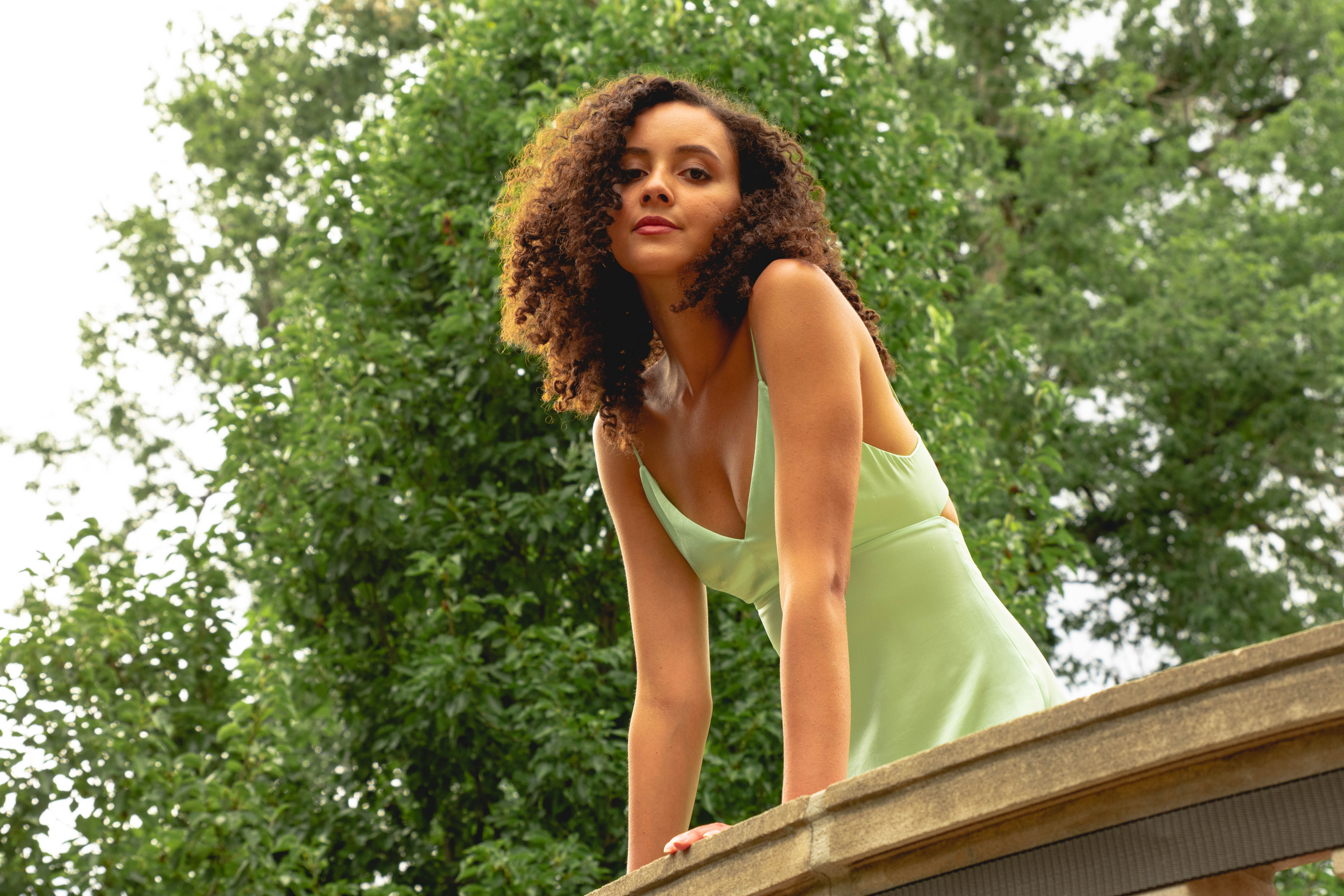 It should come as no surprise that Bullings is a perfectionist. The opening of “Crumble,” the first track on Because I Want To creeps in with swelling layers of vocal harmonies that couldn’t be more tantalizing than if it’d come straight off the skillet. Comfortably in a soulful jazz vein akin to the likes of Sade and Maxwell is where Because I Want To takes root. The arrangements are free-flowing but every note is precisely where it needs to be resembling a well-oiled machine of improvisation, and no shortage of time and consideration went into making it so.

‘There’s a lot that you have to study. I think that, in my journey as a singer, I studied jazz for a while,” recalls Bullings. ” The one thing that jazz taught me was how to really listen and how to study the music. As a jazz singer, you’re not just a singer, you’re a part of an ensemble, and treat the voice like you would the piano.  You’re not playing in the forefront, you are in the ensemble. I feel like that has helped my musicality as a singer as well and to just understand certain concepts better. I think there are a lot of singers out there, who don’t play an instrument and that’s totally fine, but I think that it makes you a better singer when you’re able to learn this theory and learn all of these tools that are available to you because music is a language and you want to be able to write and read in the language as well as speak the language.”

The language that Wellignton employs comes through loud and clear on Because I Want To. Her voice caresses the waves of instrumentation — never overpowering but complimenting them in a way that they’d feel incomplete without her. Standouts like “Kiss Me (Before the Rain Does)” careen within a delicate framework where guitars, vocals and keyboards rise and fall across its anchored drum patterns — a sunshower as opposed to a torrential downpour. Likewise, the wonderous title track celebrates prerogative against its  ’90s smooth jazz pop-inspired backdrop. Outside of the sonics of the projects, however, is the sense of empowerment that Wellington threads throughout Because I Want To that speaks louder than the music itself. 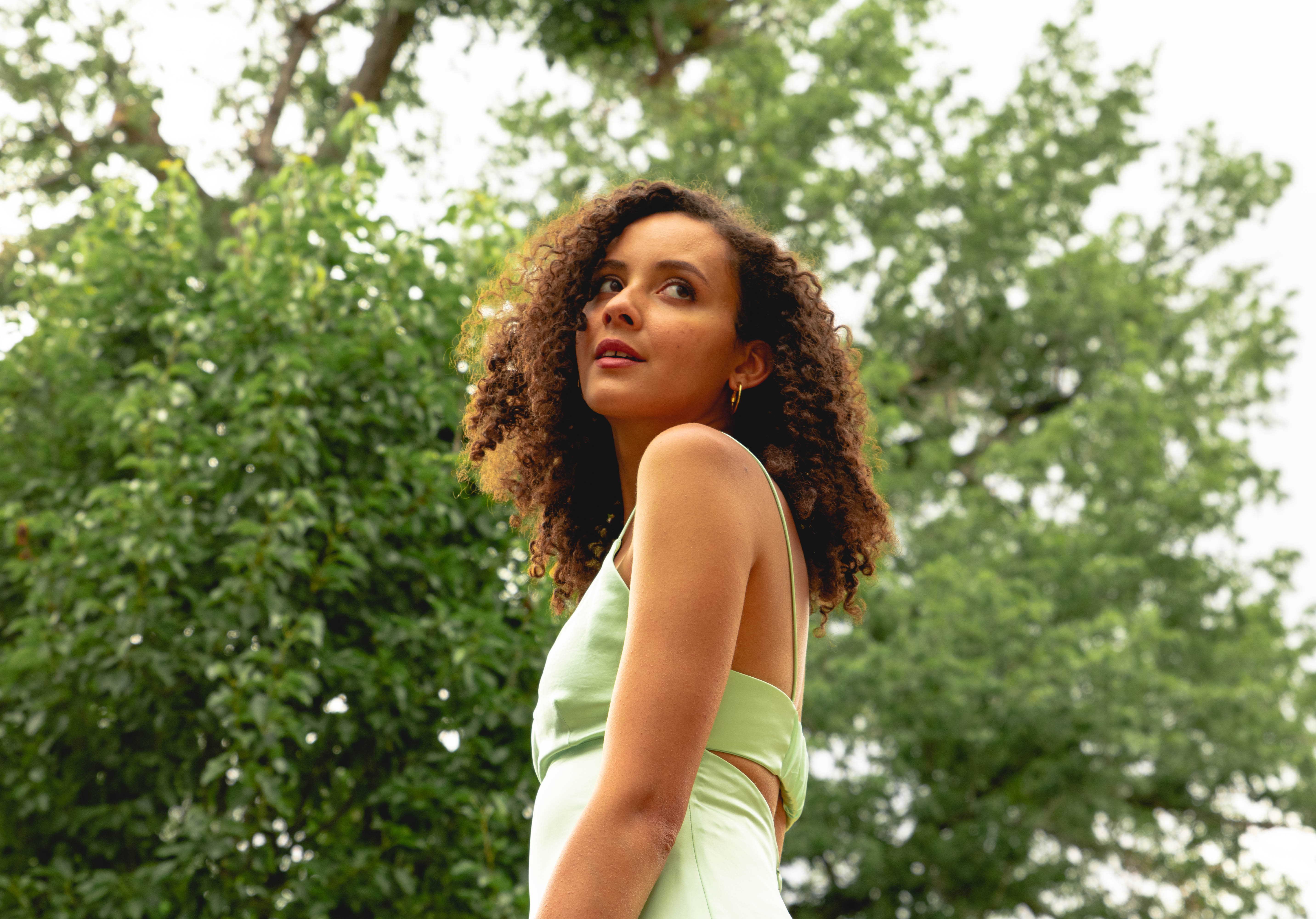 Because I Want To can be likened to what the classic Des’ree song “You Gotta Be” stood for in the ’90s. The sentiments of poise in the face of heartache, in judgment from others and living on one’s own terms is nothing short of inspirational, especially for other women. On the title track, she talks about embracing her body for what it is, “Better Without You” rejoices in self-reliance as a state of being rather than a condition of romantic circumstances, and on “The Meaning” she implores the meaning of seeing oneself clearly. Because I Want To as an album isn’t simply classic in its design, but in its sensibilities as well.

“I feel like I’ve always advocated for women and I think as a woman, it’s hard not to because it’s so much a part of you. I am speaking from that place as a woman and as a woman of color, so how can I not? It’s always been a very important part of my life to feel like my music is empowering people and that’s what I want, not just women, but all people. I think especially women and especially women of color because, we’ve been through a lot and there’s so much about our stories and our voices that have been stifled for so long, and it’s very important to me that women have that voice and we’re able to speak out freely and openly and share our experiences and that’s what this album has been for me. I feel like I’m discovering my own power as a woman, and that’s something that is new in terms of what I’ve discovered just about myself.”

Because I Want To is a testament to the empowerment and purpose that Wellington Bullings’ music embodies, and there’s nothing more timeless than that.

Check out Because I Want To below: