Bear and the Beasts Beautiful New Video Is Frighteningly Relevant

Upon venturing onto Bear and the Beasts website, the very first descriptor — right below the band’s name in large font — is “dystopian forest music.” This holds a sonic truth: Bear Redmon and his six-piece outfit blur the lines between traditional rock music and mountain-inspired psych-folk, placing their style comfortably between pockets of old oak and aspen trees. Soon enough, listeners will traverse from their website to their first official music video, and find that their claim to “dystopian forest music” isn’t just symbolic but also quite literal.

The Salt Lick Records — a live session venue turned independent music label — made Bear and the Beasts one of their first partners (the band featured on The Salt Lick’s live series over a year ago). The music video for “Into the Kiln” is the pair’s first collaboration and is an electric look at things to come.

The video begins with a backdrop of a desolate forest and a quotation from legendary Western novelist Cormac McCarthy. Perhaps the video’s best single shot comes next as the camera pans to Redmon walking through the forest while an intensely golden field bursts through the background of a forest in ruins. Contrast is heavy in both the song and video. Throughout this area in shambles, various band members, as well as Andrea Hoang, co-creator of The Salt Lick, are seen wrapped in elegant garments. “Into the Kiln” is composed similarly, as traditional strings and percussion are cut into by the oft thrashing guitar or bleating horn. The record reaches its audio-visual climax as every person seen wandering the forest joins in unison for a grandiose feast, smack dab in the middle of a plot of land eerily reminiscent of the area affected by the Marshall Fires. It sends a profound message predicated on beauty in the midst of chaos. Then, it vanishes — dirt and muck replace the spoils of food and a painful reminder of inaction and its grave consequences run flush through the listener’s psyche. 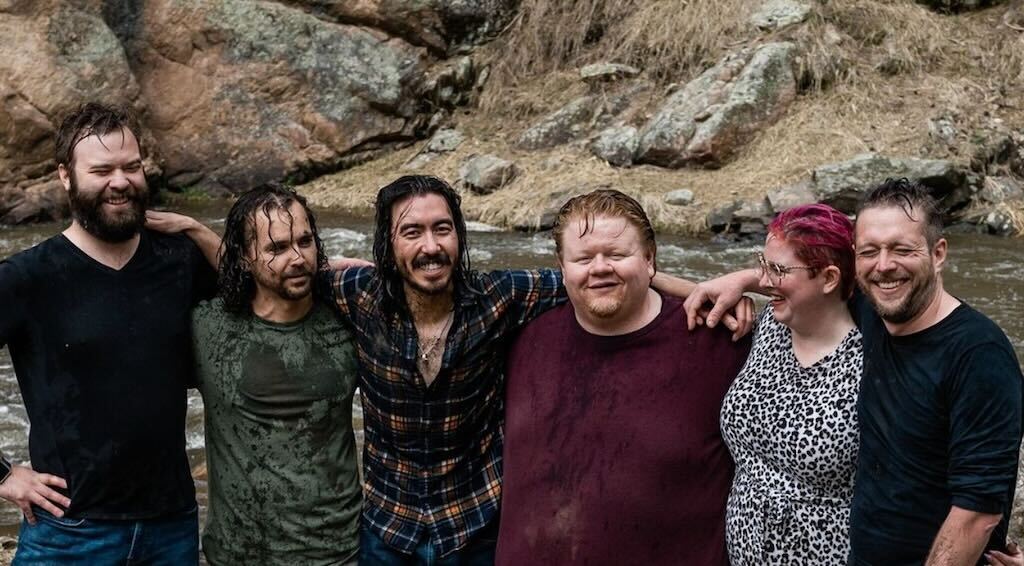 On set. Photo courtesy of Bear and the Beasts Instagram

This video was shot on location of the East Troublesome Fires some time ago, but in the wake of Colorado’s deadliest fire, Bear and the Beasts musical statement on our actions (or lack thereof) is chilling. Shortly after the video’s release, the group published a statement reacting to the unforeseen tragedy: “We certainly did not expect this music video to feel so relevant in the middle of winter,” and later, “Fire season is no longer a season in Colorado.”

“Into the Kiln” is Bear and the Beasts first release of 2022 — it follows December’s “Run Through the Jungle,” the group’s return to streaming platforms in nearly two years. With The Salt Lick by their side and a new scope on creative image-making, evident by this video, the ensemble looks to continue its rise this year.