Action Bronson is an enigma. Accomplished chef, documentary TV host, fitness fanatic, respected wordsmith — Queens most polarizing figure bleeds each facet of his public and personal life into his music. Bars like “shoot eagles on the Jack Nicklaus course / Porsche with the triple exhaust / seats soft like a midget’s cough” can’t be real, but when they’re delivered by him, it’s impossible not to believe the story behind the words. On Wednesday night at the Mission Ballroom, Bronson was joined by a host of familiar faces: Detroit emcee Boldy James, lyrical mastermind Earl Sweatshirt and his right-hand man behind the record player and beat machines, The Alchemist, as well as frequent Griselda-producer Daringer. 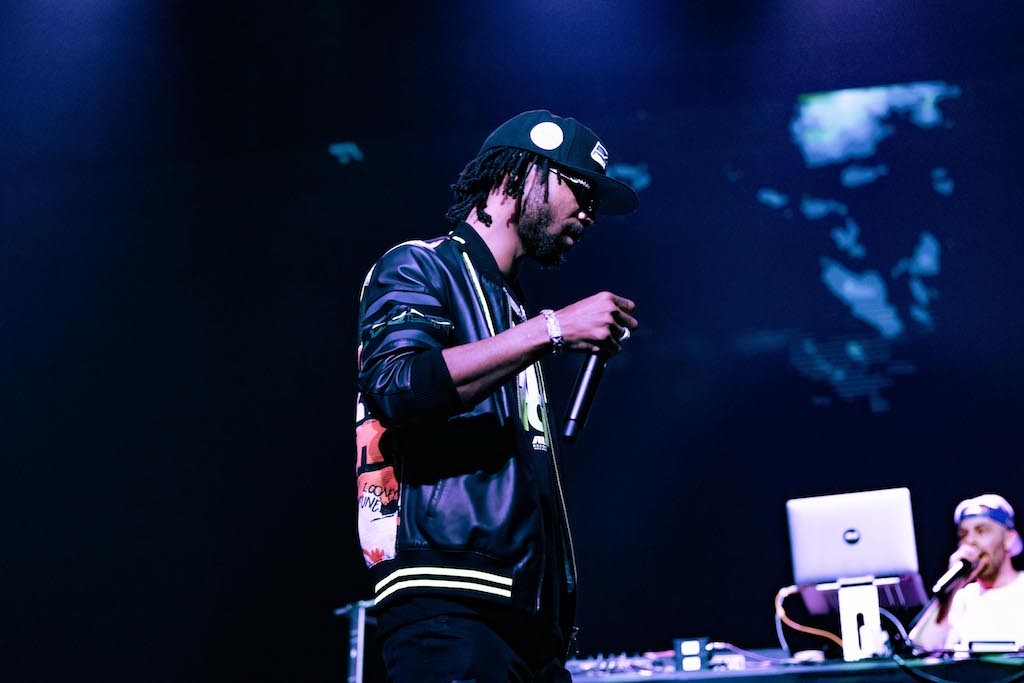 Boldy James elevated himself from regional mainstay to revered talent in 2021 with two collaborative efforts alongside The Alchemist, who produced Bo Jackson and Super Tecmo Bo. His smooth, deep voice carried inside Mission, a medium-sized venue that felt colossal at full capacity, and his set flowed from song to song with ease. All three artists were assigned the same amount of stage time, a decision that was certainly made by the team of artists in preparation for the NBA Leather Tour. Bronson is many things, and especially generous, both in musical work and in stage time. 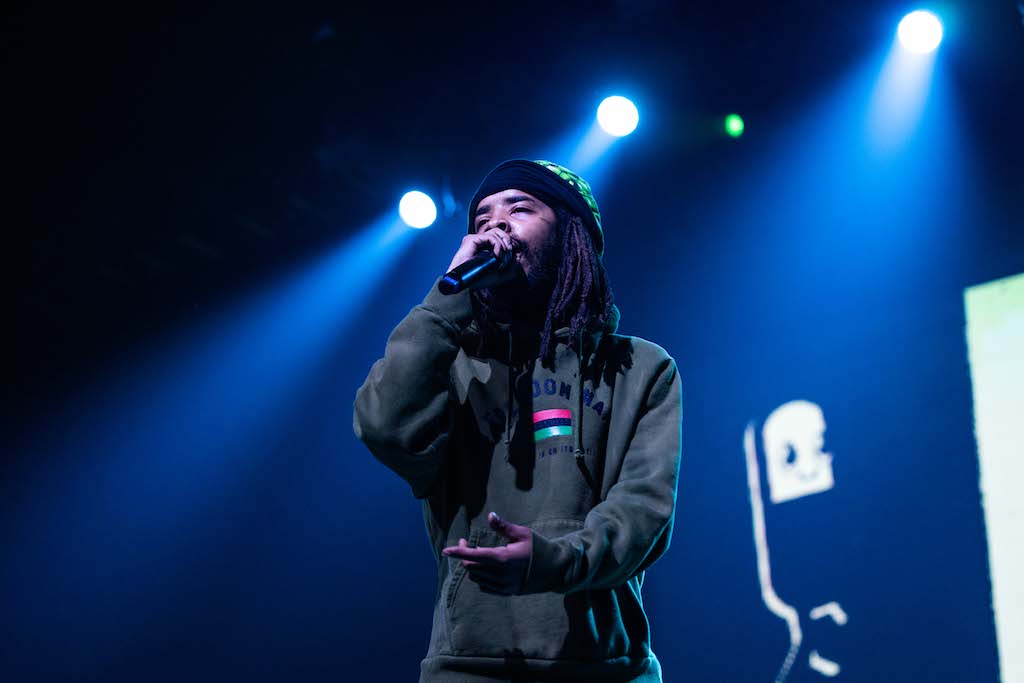 Earl Sweatshirt followed James for his second set in Colorado since the fall of 2021 (he joined Flatbush Zombies at Red Rocks right around Halloween). This time around, he had an arsenal of new music at his disposal. SICK!, his first studio album since the universally acclaimed Some Rap Songs, translated incredibly well into live performance. As far as Earl Sweatshirt projects go, it was his most upbeat — not entirely happy, but touching on brighter themes. The snappy pacing and easy-to-follow delivery on “Titanic” is a great example of this, and accordingly, it had Mission Ballroom doing a light bounce in unsynchronized unison. Sweatshirt is one of those artists whose music wouldn’t seem to work well live. Unsurprisingly, he proved to Colorado (twice, in almost as many months) that, if you’re that talented, the songs work literally anywhere. He’s an author using sonic backdrops in masterful ways — a combination that’s sure to engage any crowd. 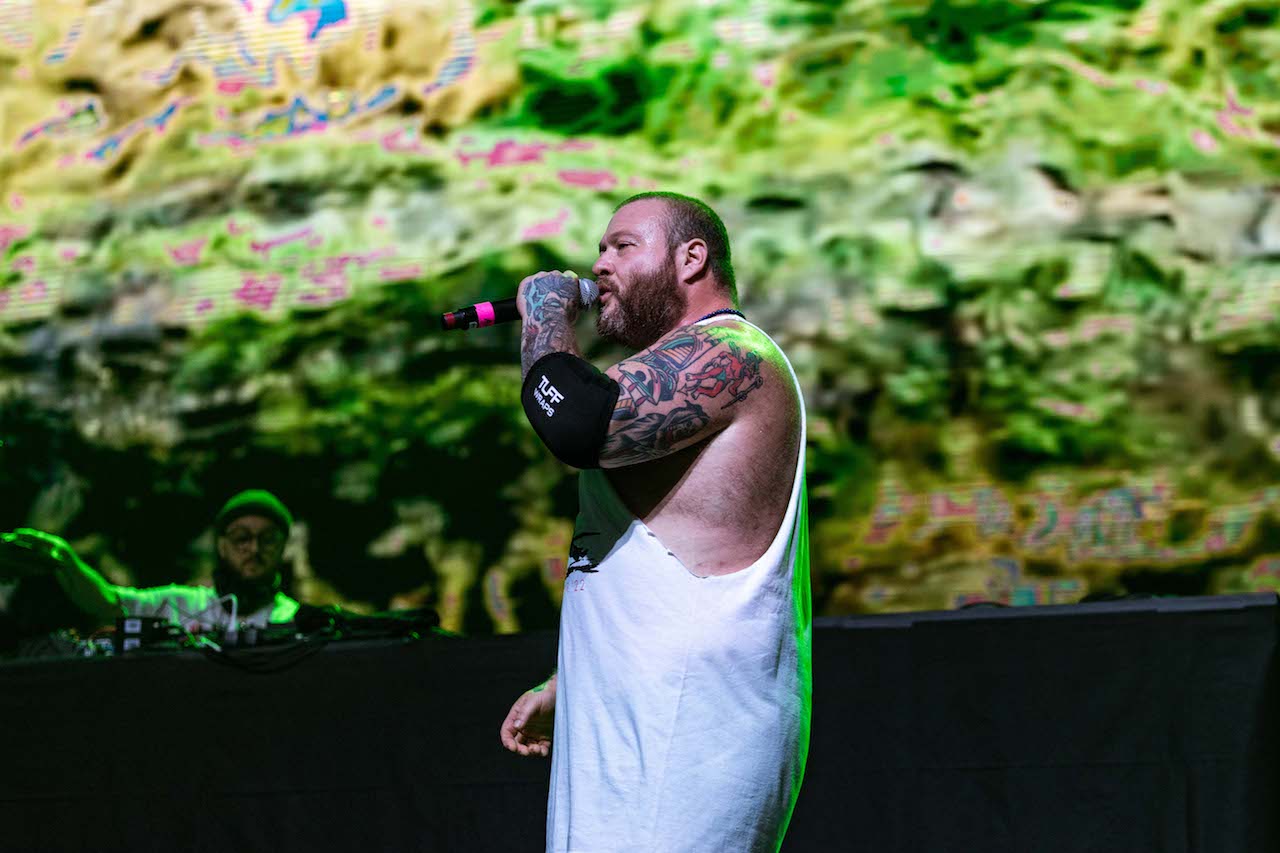 All the labels previously used to describe Bronson melded into a physical form when he emerged on stage for the feature set. Sporting a white cutoff tee, gym shorts and elbow pads — at a venue shaped like a wrestling arena — it’s hard not to picture Bronson jumping off stage into an atomic elbow, especially considering his love of pro wrestling (see former wrestler Bam Bam Bigelow). The energy in the horseshoe-shaped concert hall had all the makings of a Smackdown show, fueled entirely by Bronson, who jumped into a bevel of old classics and new bangers. Early in the performance, Bronson pulled out “The Chairman’s Intent,” a song whose airy organ keys got the crowd juiced in anticipation of a soon-to-come drop into audio madness. It’s the type of record that hits you head-on like a rush of blood. He’s the master of repeating choruses — on this particular song, he had the crowd bleating, “you don’t even know me, you don’t even know me” over and over and over. A few songs later, it was, “knock it out the box Bronson, knock knock it out the box Bronson” courtesy of fan-favorite “Dmtri,” just one of the many songs on Lamb Over Rice he played in beautiful succession. 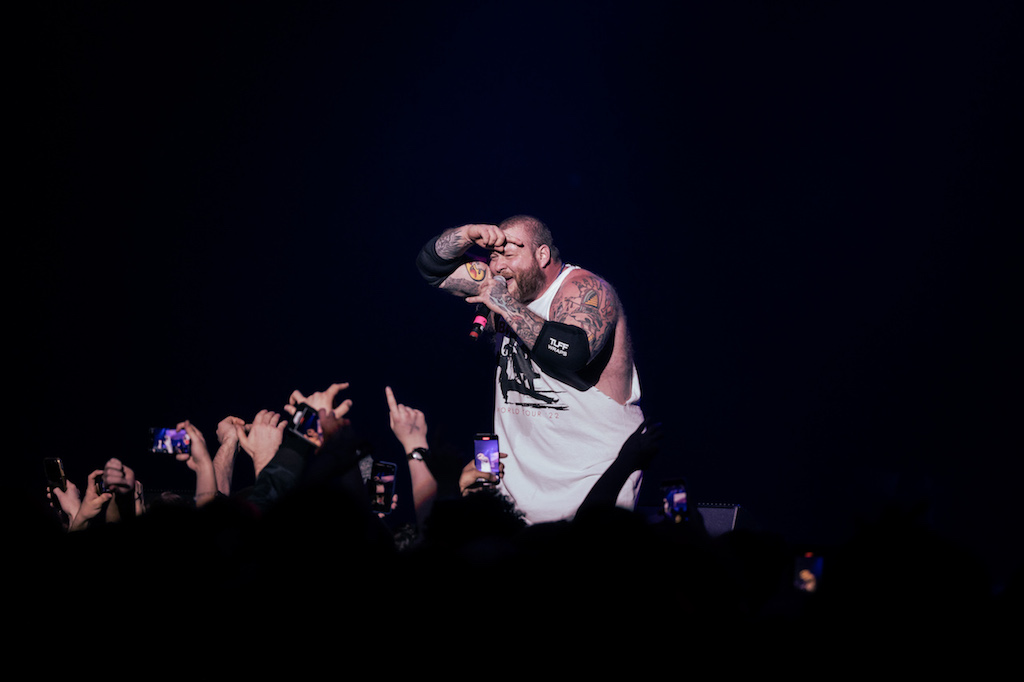 The Alchemist joined Action Bronson for two of their most popular joint works: “Terry” and their triple threat piece with the late Mac Miller, “Red Dot Music.” The former was a sure highlight — “Terry” has a way of calming the mind with its muted, electric chords employed by The Alchemist, who plays them on an air guitar next to Bronson. The latter, “Red Dot Music,” is wholesome and full of life, like any song played live by a former coworker of Miller. It reminds fans and listeners alike that, although he’s passed, he lives on through amps and speakers in dimly lit concert halls across the planet. 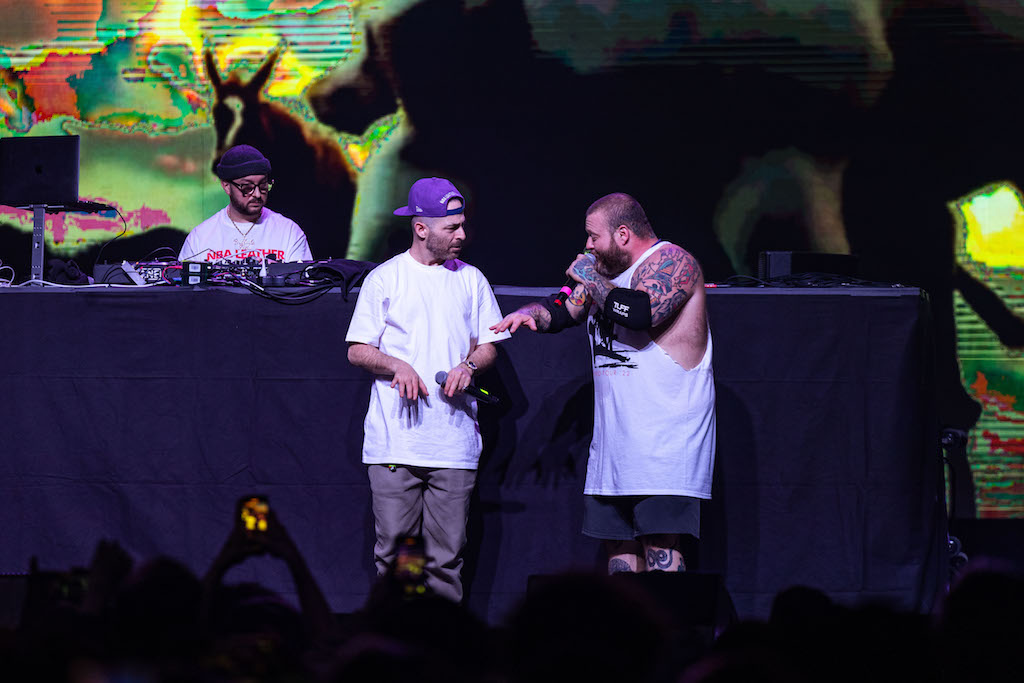 There is perhaps no song in Bronson’s catalog as fun as “Latin Grammys.” It’s dancehall music reimagined through the combined minds of two incredible artists. Loose percussion and blaring horns get the crowd fired up — an aura that continued for the remainder of a front-to-back musical triumph and an early entry for the best rap show in Denver this year.