Music tells a story. Generally, this story is told through dissecting lyrics, reading history books or hearing firsthand from the artist. However, jazz virtuoso and visual artist, Jason Moran, has captured the art of storytelling by painting with his fingers across the piano keys.

Moran is an internationally acclaimed jazz pianist, educator, visual artist, composer of award-winning films “Selma” and “13th” and Jazz Director at the Kennedy Center in New York. His latest visual art exhibition, “Bathing the Room with Blues,“ is live at Denver’s Museum of Contemporary Art through the end of January. This exhibition tells the story of Denver’s role in threading jazz music from New York all the way out to the west coast through visual representations of sound. By laying Japanese gampi paper onto the piano and attacking the keys, as miraculously as perfect music notes can emerge into thin air, the paper takes on the pigment of his playing, resulting in the residue of sound.

Ahead of his live Artist Talk at the Holiday Theater, 303 Magazine sat down with Moran to talk about the history of Denver’s Black music scene, exposure to jazz in the womb and paying it forward. 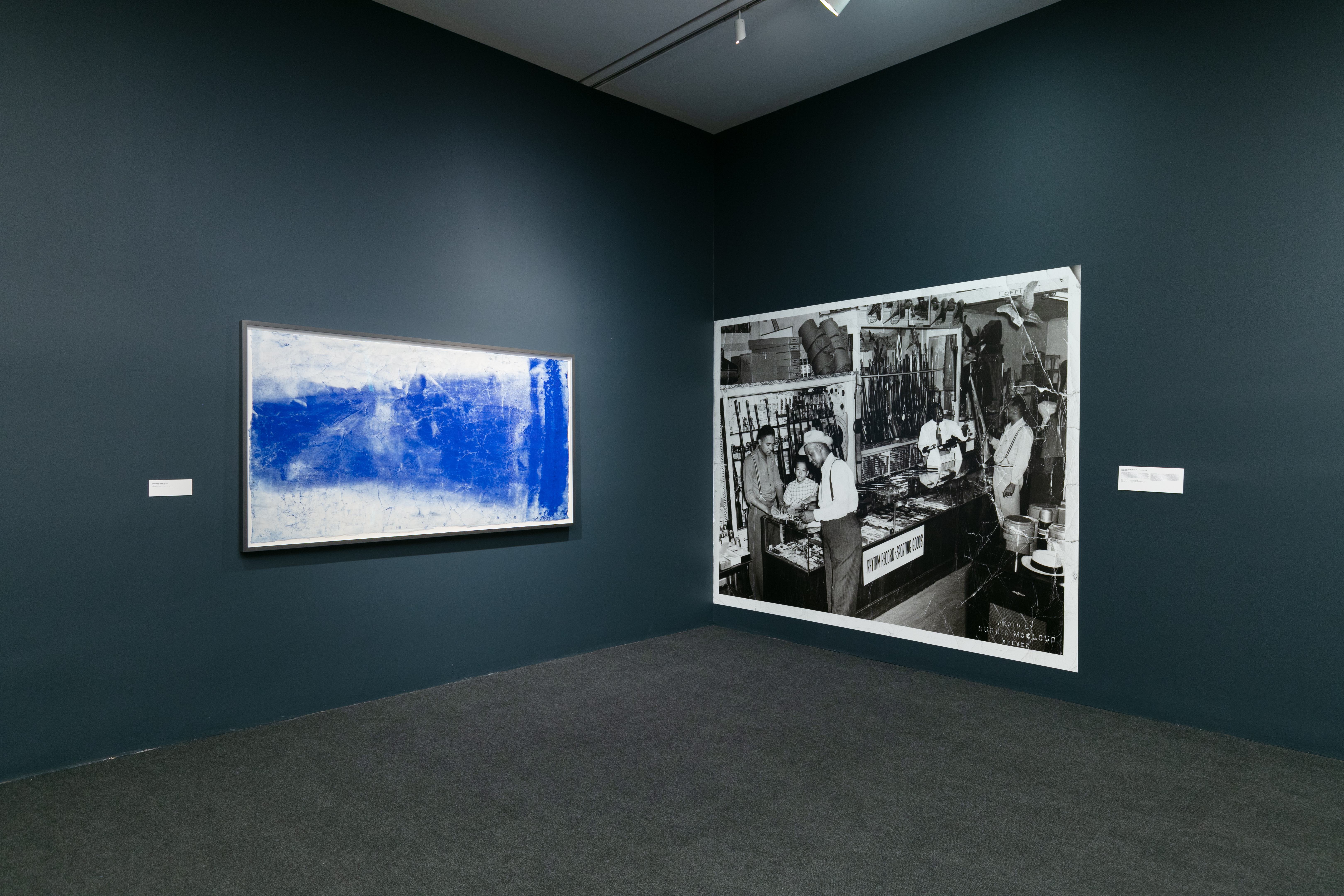 303 Magazine: “Bathing the Room with Blues” expresses your role in music through honoring your predecessors. How did you begin playing jazz?

Jason Moran: My parents listened to [jazz] a lot in Houston. I was born in 1975, so it was also at the point where a mode of jazz that people called “spiritual jazz” was happening. It featured a saxophonist named Pharoh Sanders and he had a way of honoring African traditions, African American traditions, post-Black power movement. They like to tell this story that I was in the womb when I went to hear Pharoh Sanders play and I was moving all around. Fast forward some years when they put me in piano lessons, and I hated it. From age six to 13, I just thought piano was an awful instrument because it was just boring. But at age 13 I heard pianist Thelonius Monk. My parents were listening to it, I thought, “well who is that? How come the music I play doesn’t sound like that guy? I want to play like that guy.” Now, the music I was playing was by dead white people from faraway lands like Germany and Austria. And, although I love that music, it wasn’t as visceral as hearing Thelonius Monk for the first time. I thought, if I could commit myself to the piano, I could try to sound like him because of how singular he sounded. There was so much I wanted to know about him, and I would do that by trying to play like him. That’s how I got into jazz. 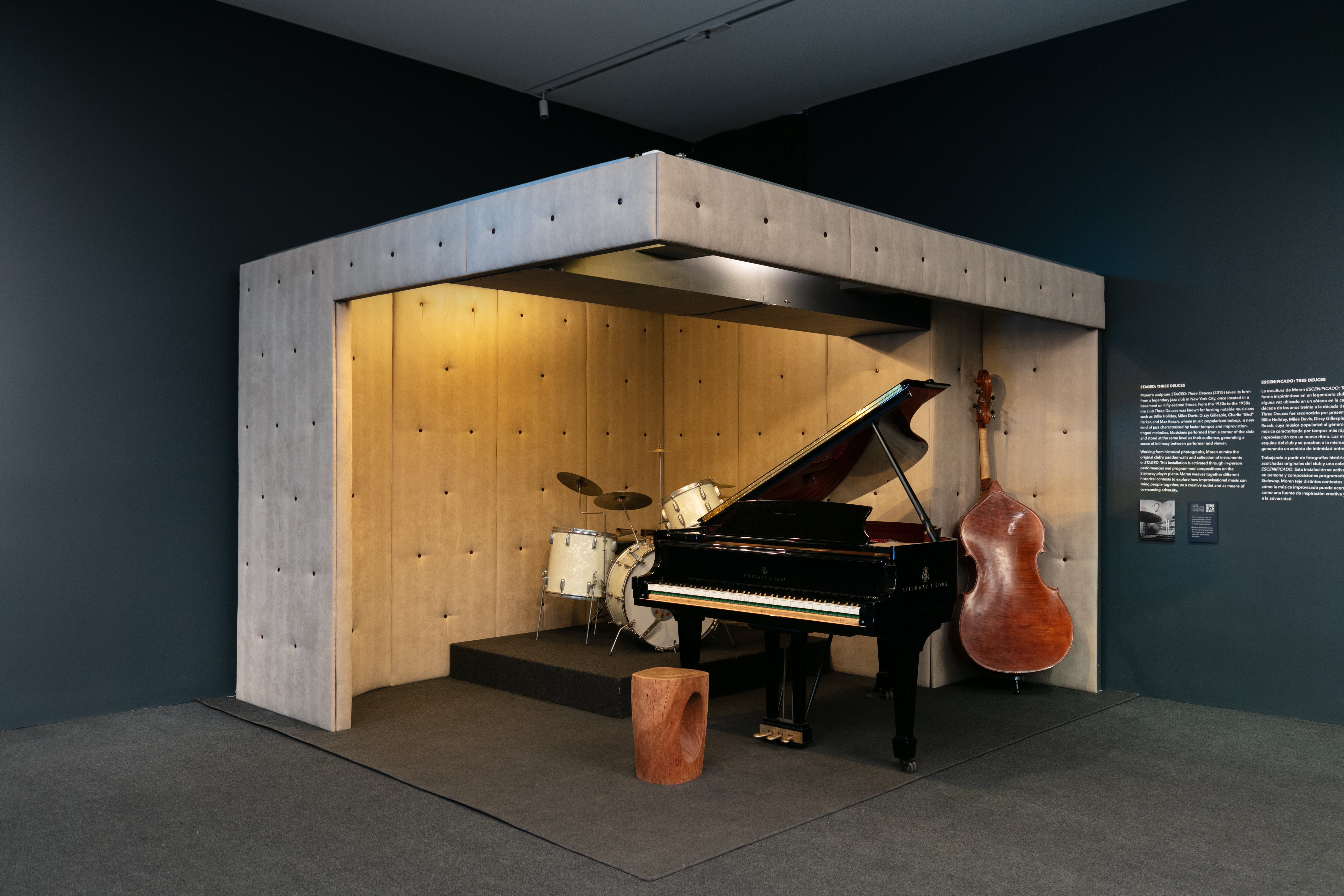 303: There’s a replication of the Three Deuces jazz club in the exhibition. What do jazz clubs symbolize? And what do you see for the future of jazz clubs in Denver?

JM: Without being too idealistic, they give a prognosis of America about where it’s heading. I feel like all good art forms do that. And I speak specifically about America. All of the tensions and the problems of a country… some of them get sorted out in artistic practice. And I feel like jazz clubs over the years have been places where artists have been able to make sonic freedoms in very small spaces. If you go back to the blues, you’d think about people in Mississippi sitting in front of their wire door playing a diddley bow. One tying on a piece of wood that they slide back and forth, and they can make a concert with just that on their porch.

If you think about the jazz clubs like the Three Deuces in the 1940s, what are those artists saying about the future? What is Charlie Parker saying? What is Max Roach saying? What is Charles Mingus saying? Miles Davis? What are they saying about the future of music in this basement that would really define how the music was going to move for 30 to 40 years… It’s not simply the place, it’s not simply the musicians, it’s not simply the audience that shows up to support it too. It’s those in concert with each other that then help support. It’s this wrestling with sonic futures that happens in a club like the Three Deuces.

The unfortunate part is that the clubs are always dying. Let’s say in Denver, a club that was popular was El Chapultepec, and it closed during the pandemic. They sold off all the stuff that was inside. I saw the auction. A club like The Rossinian — which was long ago a club that was happening — the building is there but there’s no music happening inside. Now there’s a project where they want to redevelop that building into a hotel and have music back in the space that once was there before. There’s something about that cycle that I think America has perfected, unfortunately. Tearing something down, leaving it dead for a while waiting for someone to come back and say, “We should try to revive this.” And I think in the future and something America is starting to figure out now is whose land is this? And having to ask that question in every space. Whose land is this? And now let’s honor what happened on this land. I think if we’re able to do this truthfully throughout our country it could allow us to learn something about ourselves. I think jazz and people who deal with it in sound do it in a way that could give us a clue. The future lies in the way we connect the history together.

303: If the Three Deuces was still in existence physically, do you have an ideal artist that you wish you could see there?

JM: Hell yeah. Strangely enough, the Three Deuces is one block away from the Museum of Modern Art. I don’t think that’s a coincidence. If there’s one artist, I would want to see Charlie Parker there. There’s a picture of him with Miles Davis and Max Roach. I just want to see what it felt like to sit that close to a musician with that much power, coming out of a very small space. Your proximity to the music is like you’re right there. There’s no distance. I would want to see what that would be like for someone like Charlie Parker. I would probably lose my mind. 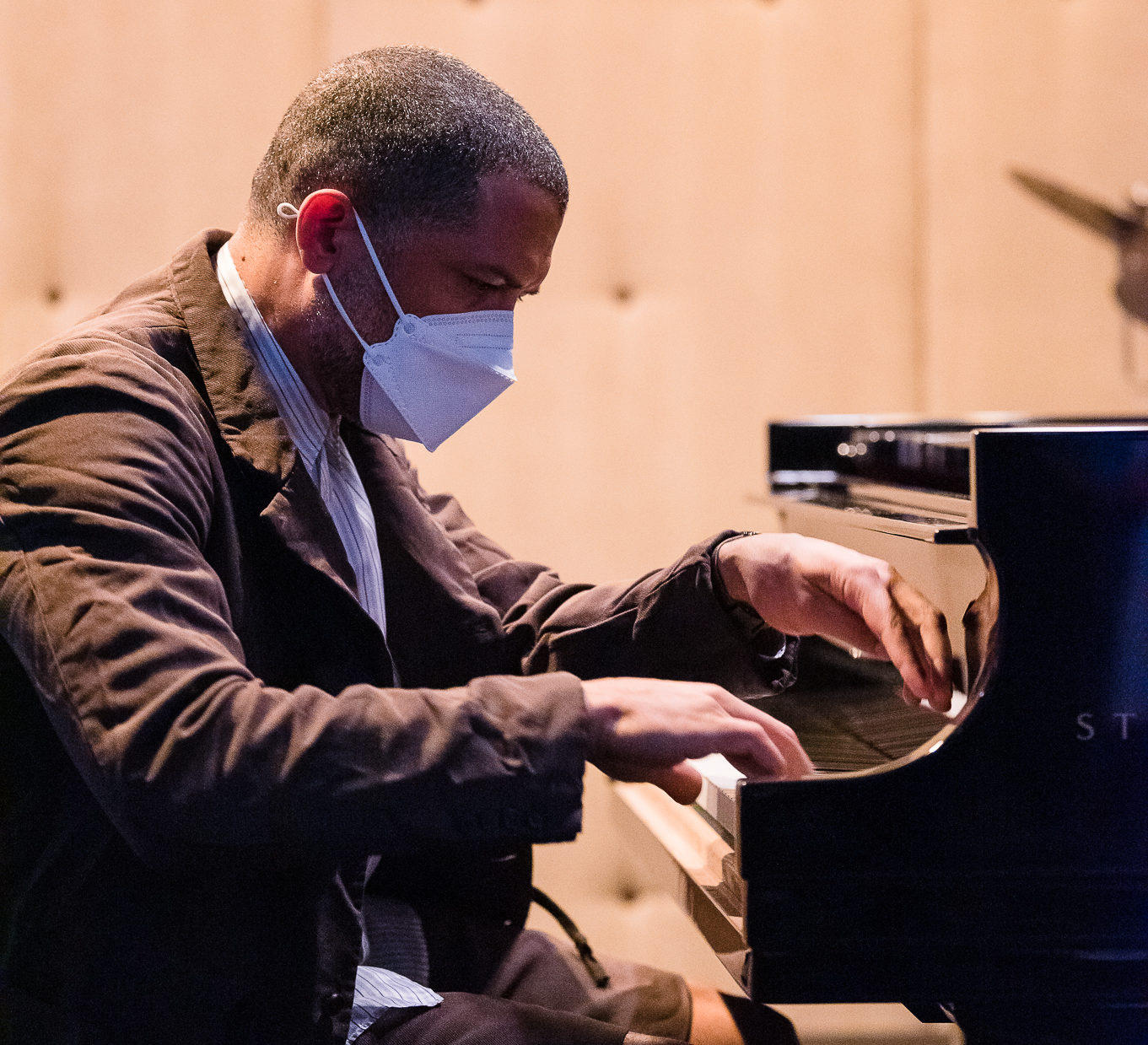 303: You have many roles: jazz director, teacher, composer, pianist, visual artist. Do you have a similar mission within each of those roles?

JM: Definitely. I think to truthfully honor what I’ve been given as a student of the music, I have to keep planting in some way. I’ve been teaching for a long time. Not long after I graduated from the Manhattan School of Music, I got a record deal then I started teaching again. That part has been pretty seminal to who I am. Also, my parents — my mother especially — in her family, they’re big-time educators. I’ve tried to translate that to younger musicians so they have a sense of the line where this all comes from. The same thing at the Kennedy Center where I run the jazz program. Give the music a sense of history and weight. Then, really give a lot of space to younger musicians that are coming up, because the Kennedy Center did that for me as a young artist. So, [the mission is] to maintain that idea: to help the young minds turn their ideas and then give them a space to present their ideas. To me, that’s the work right now.

Get more info on viewing “Bathing the Room with Blues” here, before the end of January.